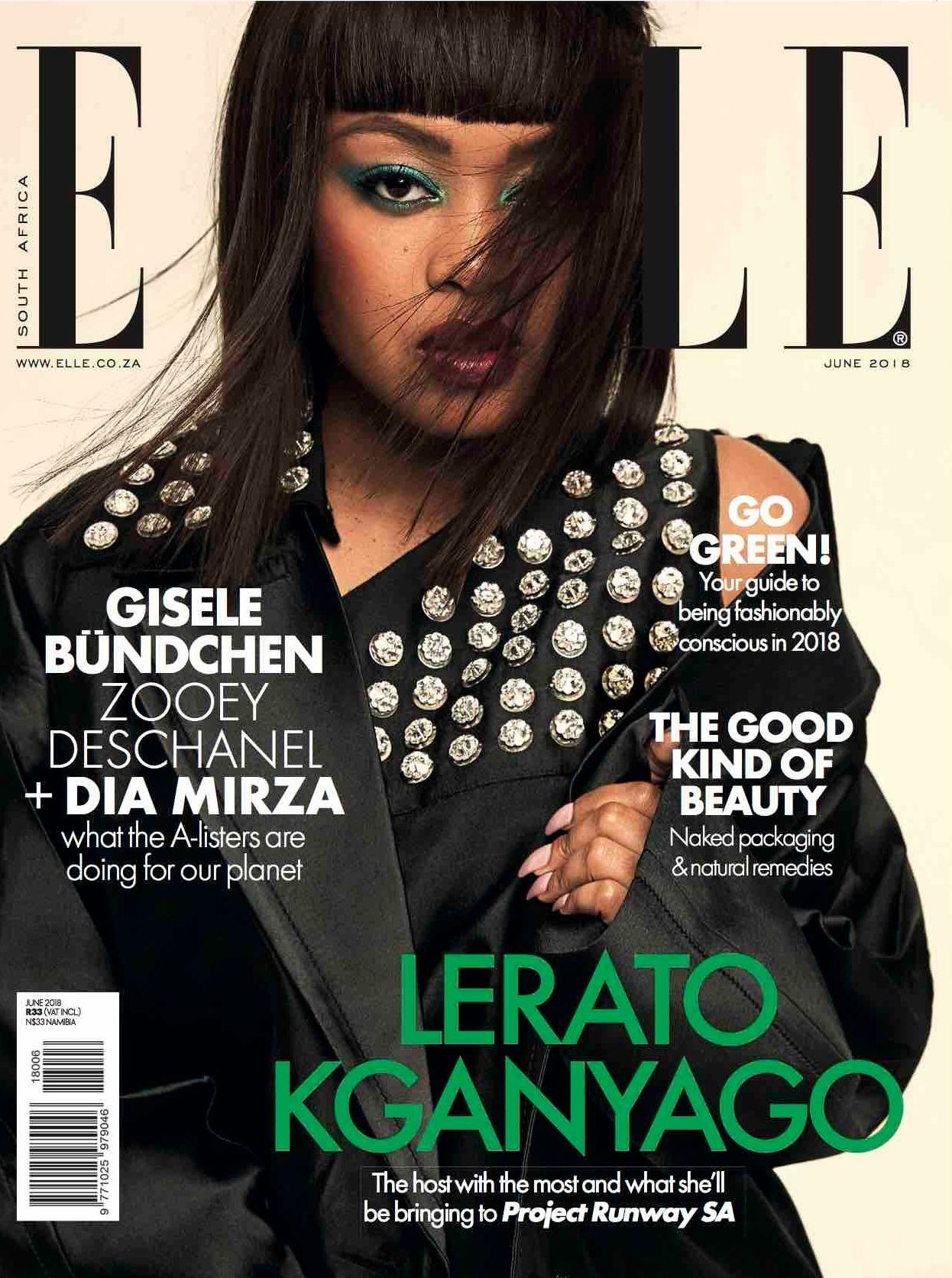 South African TV Presenter Lerato Kganyago is the cover girl for ELLE South Africa‘s June issue. This comes just after Lerato was announced as the woman who will take centre stage in South Africa’s first version of the hit series Project Runway.

In the magazine, she looks back at her career from her catwalk days and covering fashion and entertainment, to becoming the host of the hit series.

On becoming the host of Project Runway: It feels as though it’s the perfect time for me to percolate my previous experience and expertise into a brand new vehicle. I’m looking forward to instilling that knowledge in the contestants as they embark on this exciting journey and to being part of the trailblazing production that’s giving emerging design talent the time to shine. There is something gratifying about helping uncover the new fashion stars of tomorrow, and giving them the platform to show South Africa what they’re made of!

On working with the contestants: I am going to be encouraging the designers to cut out the noise and to follow their inner voice.

On the Fashion industry today: We live in a very visual time, and the clothes we choose to wear – and how we put them together – become a billboard of who we really are.

Read the full feature on www.elle.co.za