For Tiwa Savage, Afrorepublik was a fashion show as much as it was a music concert. The festival which was organized by Wizkid and his team at the O2 arena in London held a 20,000 capacity crowd with hours of performances by top African musicians.

The Sugarcane crooner thrilled the audience with some of her hit songs while looking like a total diva. In the same sultry mode as most of her previous onstage outfits, Tiwa held the concert goers siege in some bold and sexy choices all styled by Adutomuvie. But this time, with just a little more sass and a little more skin.

Strolling unto the stage a complete vixen, Tiwa wore a sequined bra and belt set from Fannie Schiavoni, swinging her hips to Afrobeats, she looked like a high fashion part of Fela‘s crew.

No one could ignore her daring second look. 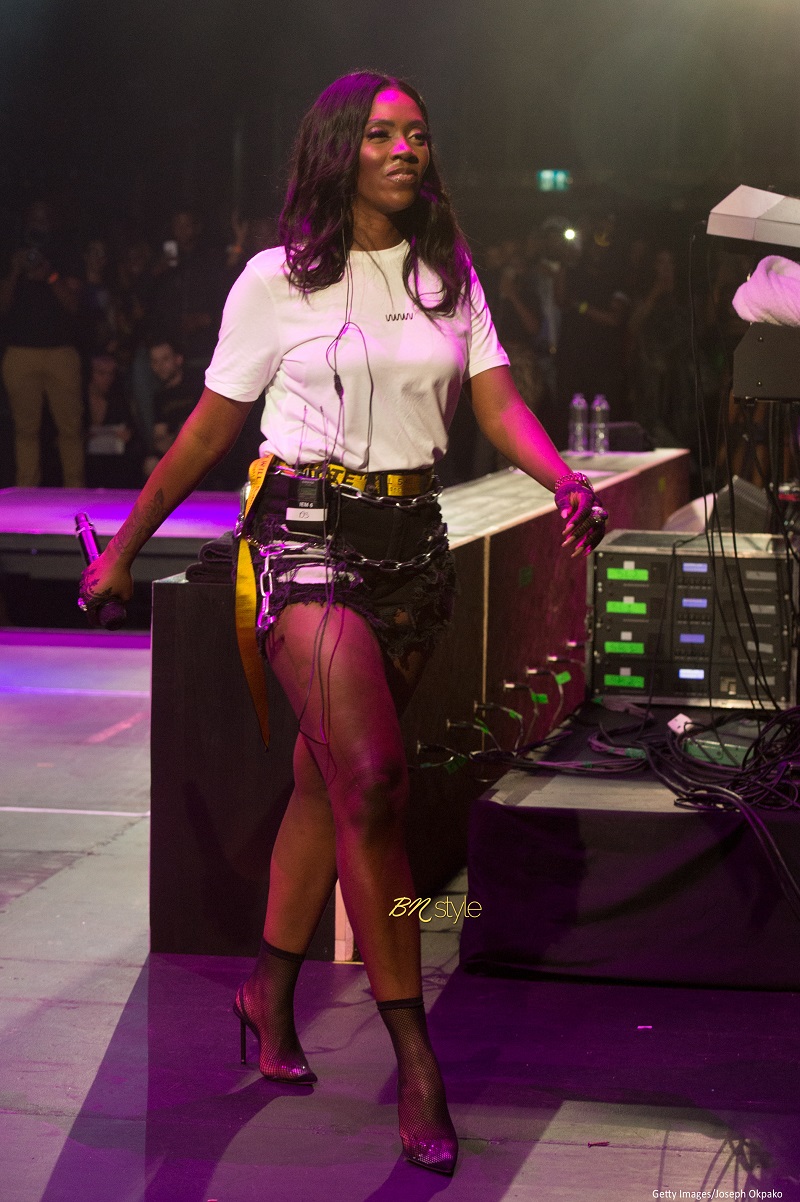 Even though it was just a T-shirt and jeans, this was far from your average laid-back ensemble. She wore a white What We Wear T-shirt and brought booty back in distressed black shorts from Coal N Terry Vintage paired with a trendy Off White belt and finished off the look with a tire chain wrapped around her waist. Little wonder how she strutted and danced in pencil-heeled Alexander Wang mesh boots – she is the Doro Diva after all! 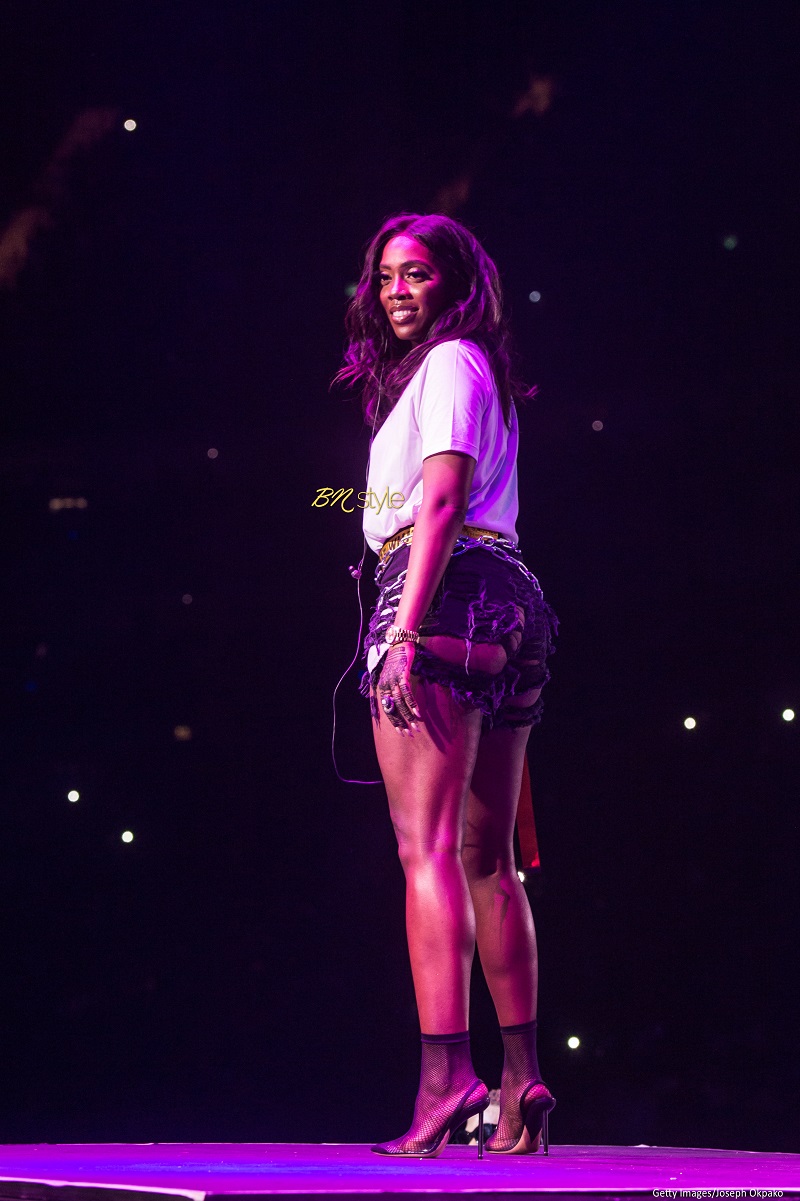 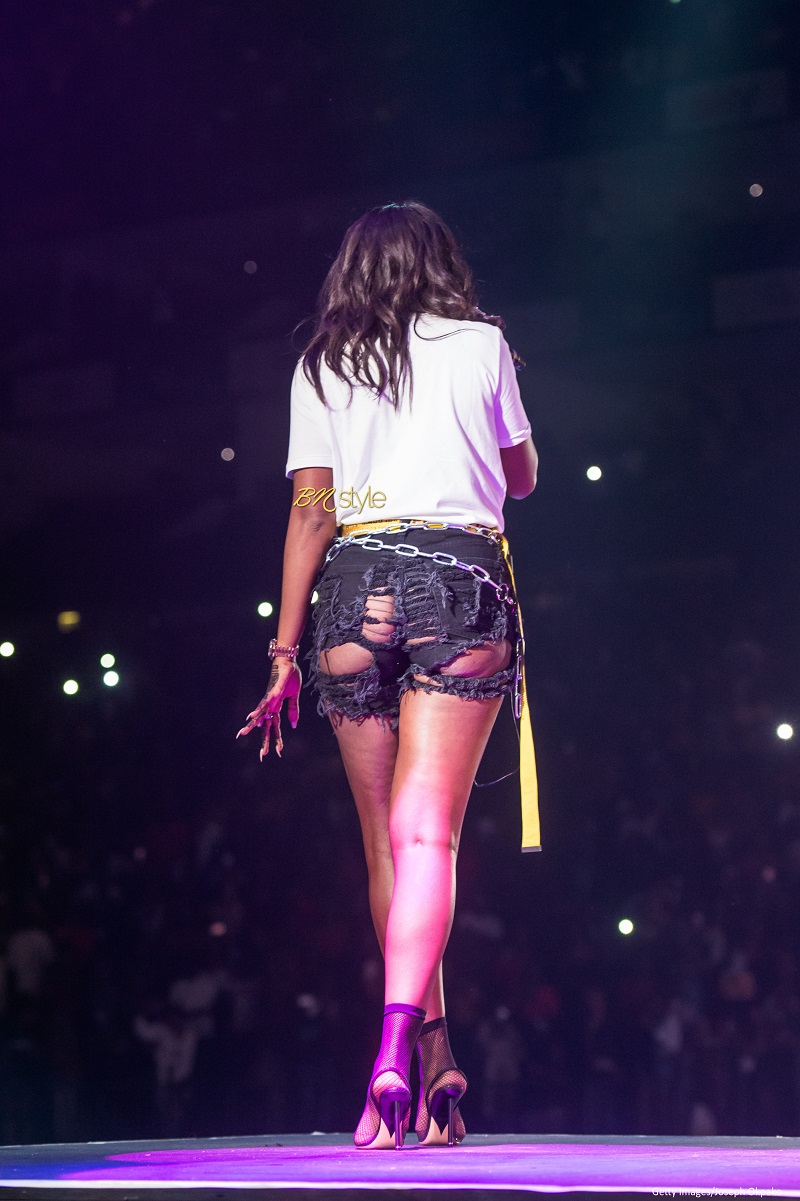 Toke Makinwa Does Camouflage For the Weekend

How to Wear Lavender, According to These Top Influencers