It only gets more obvious that there is no stopping designers Thebe Magugu and Kenneth Ize. One of British Vogue‘s September issue’s 15 Forces of Change, Adut Akech Bior dons pieces from both designers in the magazine. The South Sudanese model decks South Africa’s Thebe Magugu’s Tartan and Airtech Mini Dress from his “African Studies” collection. 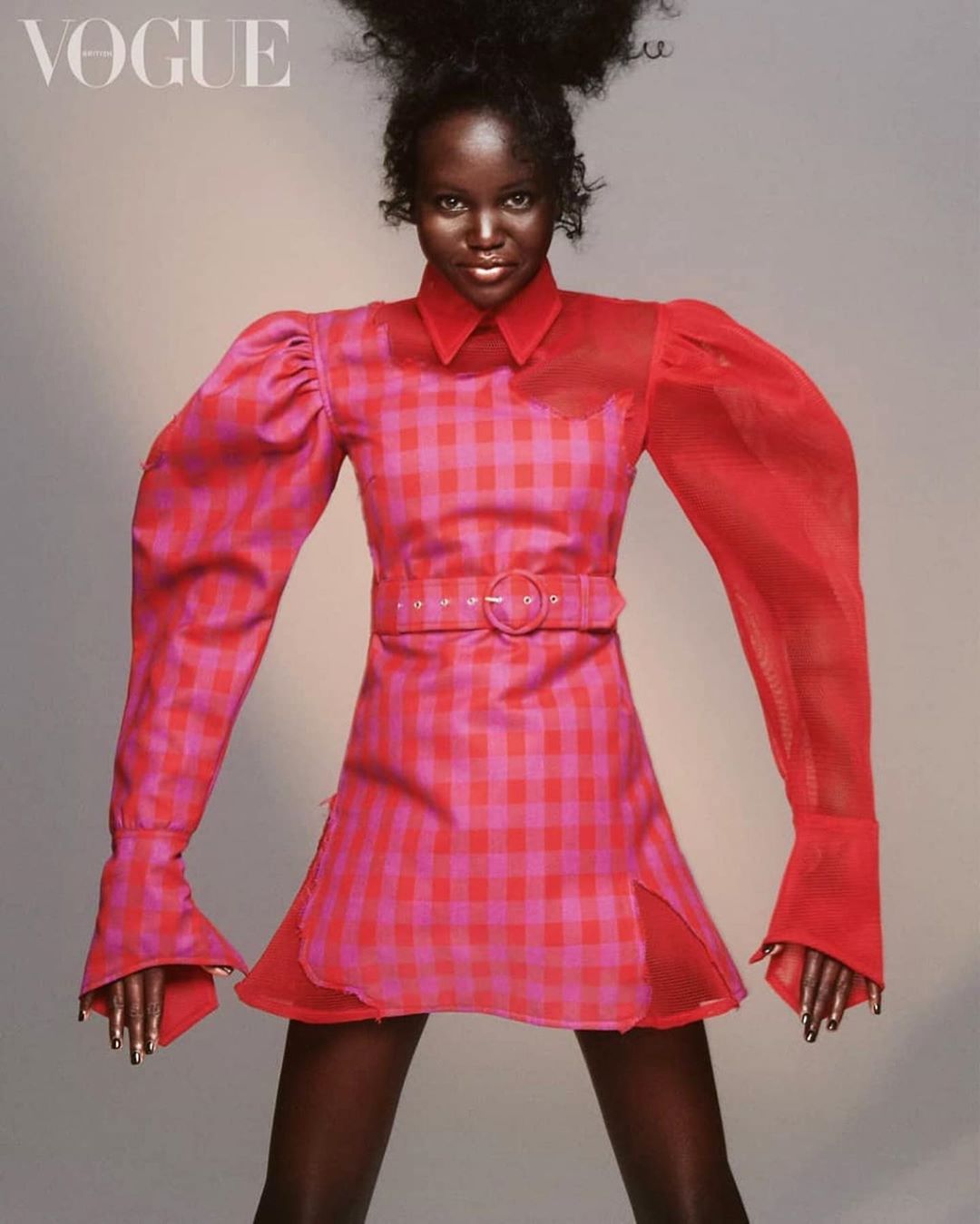 Adut rocked the red mini dress with a matching belt. She opted for a nude beat and wore her hair up with black nail polish.

She later slipped into a matching set made of aso-oke by Nigeria’s Kenneth Ize,  paired with matching green shoes from Manolo Blahnik. 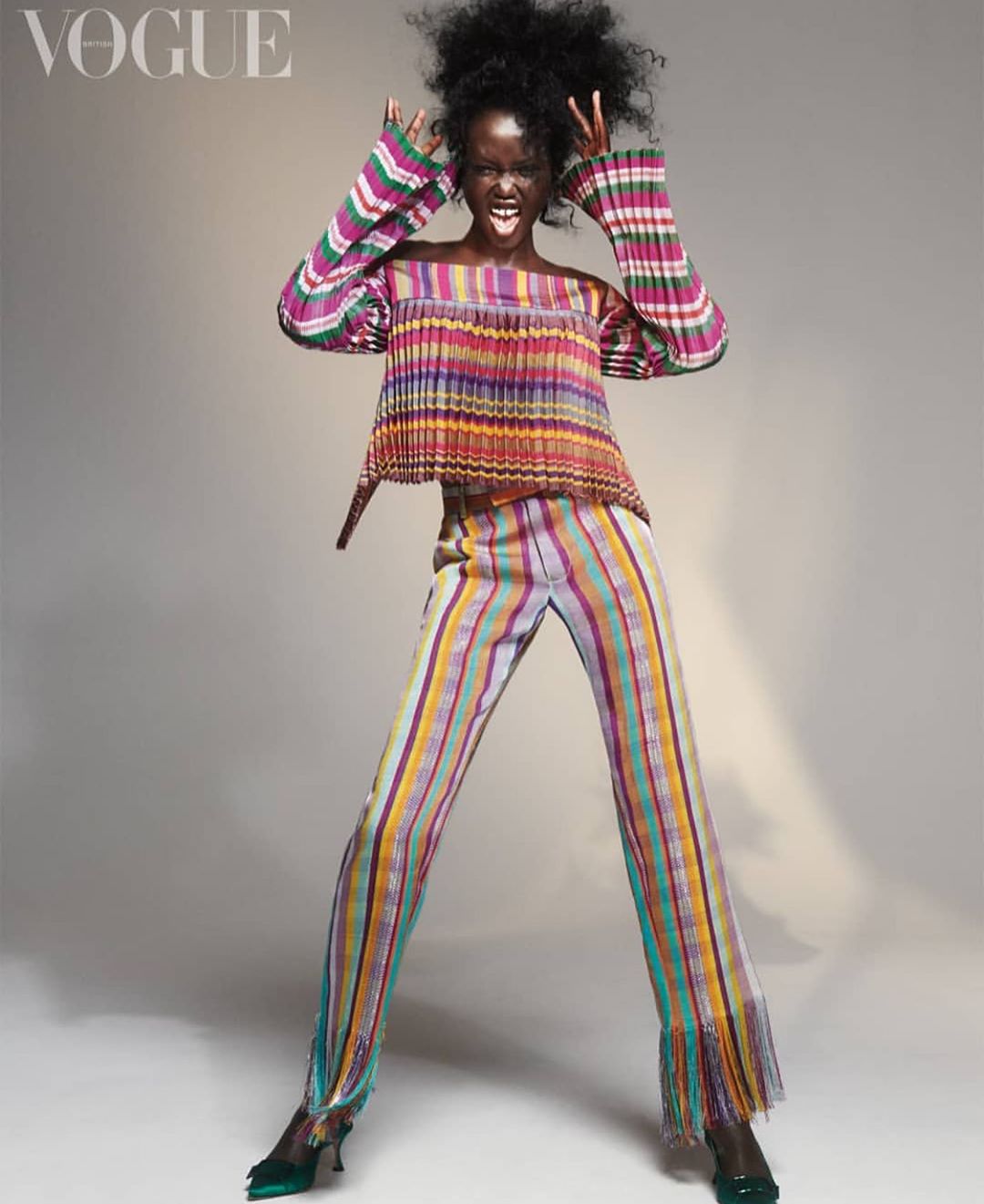 In February, Kenneth Ize’s collection was featured in American Vogue as the designer putting a spin on the mesmerizing handwoven fabric known as aso-oke. Earlier this year, he had supermodel Naomi Campbell wear his pieces at Arise Fashion Week.

In May, Thebe Magugu was lauded as “the designer at the heart of South Africa’s cultural resistance” by American Vogue, only after receiving a standing ovation at South Africa Fashion Week.

Now British Vogue is having their piece of the geniuses that are heralding the movement in their September issue.

Thebe Magugu and Kenneth Ize were both shortlisted for the 2019 LVMH price.

They have taken to Instagram to express their gratitude for the feature.