The latest British Vogue issue features 15 world-leading women who are reshaping public life for global good. The September 2019 issue, aptly titled #ForcesForChange was edited by British Vogue’s editor-in-chief Edward Enninful with the cover personalities chosen by The Duchess of Sussex. 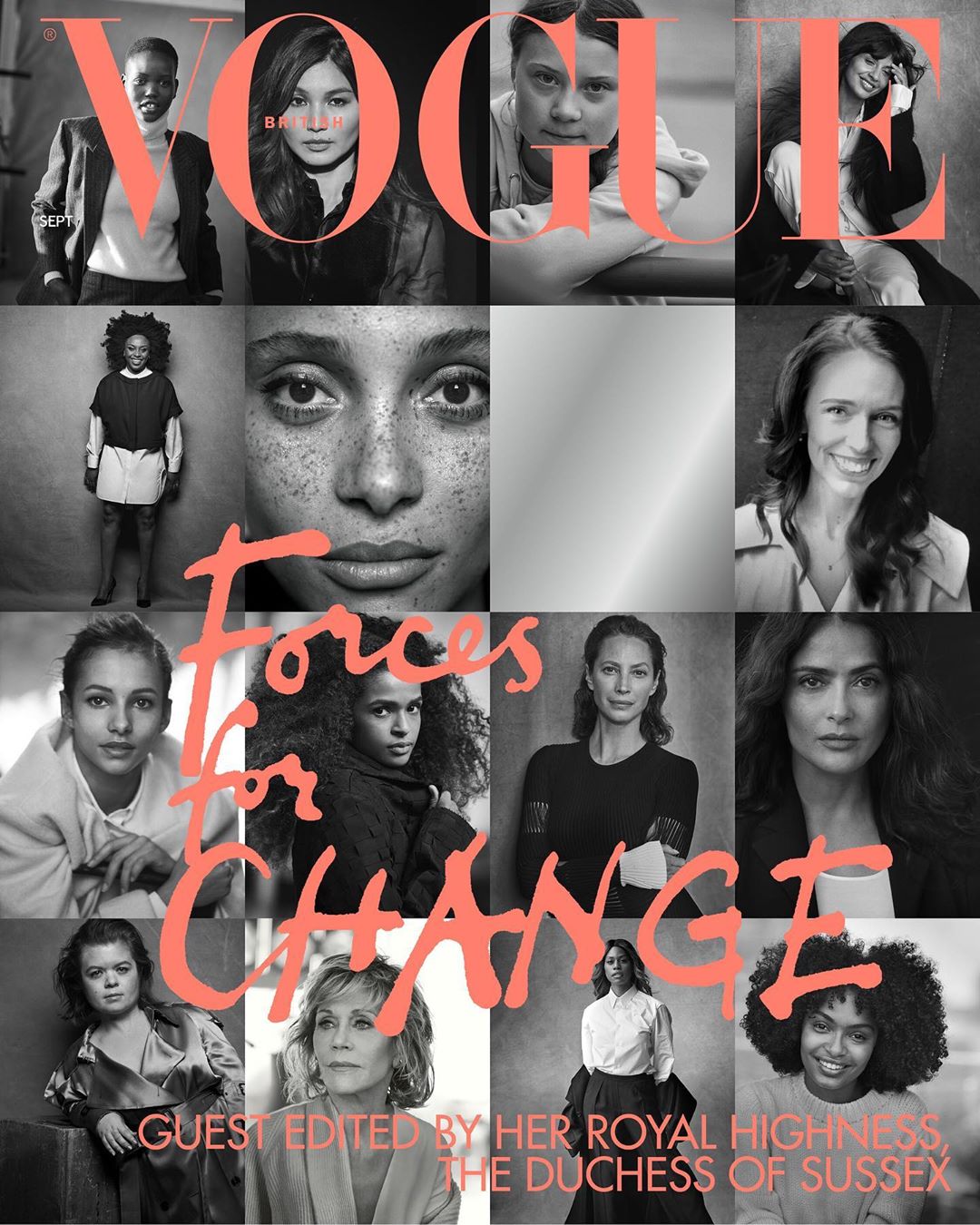 The Duchess of Sussex, Meghan Markle – is the first guest editor of the September issue in the magazine’s 103-year history.

Edward Enninful said this about the feature:

For the past few months, the Duchess and I have been working together on this shared passion project: to dedicate British Vogue’s biggest issue of the year to all the remarkable women who are redefining our world for the better. We have called it – and them – our #ForcesForChange.
The story begins with this cover, starring 15 changemakers, all titans in their respective fields, who have been personally selected by the Duchess and myself for the powerful and positive differences they are making in our world. The 16th slot will appear as a mirror on the printed cover and was included at the special request of the Duchess to show that you – that all of us, in fact – are part of this moment too.

It’s been a real labour of love and I feel very humbled today to be able to finally unveil it to the world. Read about how the Duchess became the first guest editor of the September issue in the magazine’s 103-year history at Vogue.co.uk now, and discover the full cover story in the new issue, on newsstands Friday 2 August.