This Is One Of the Most Interesting Events On The Global Citizen Mandela at 100 Schedule, Courtesy Bobo Matjila 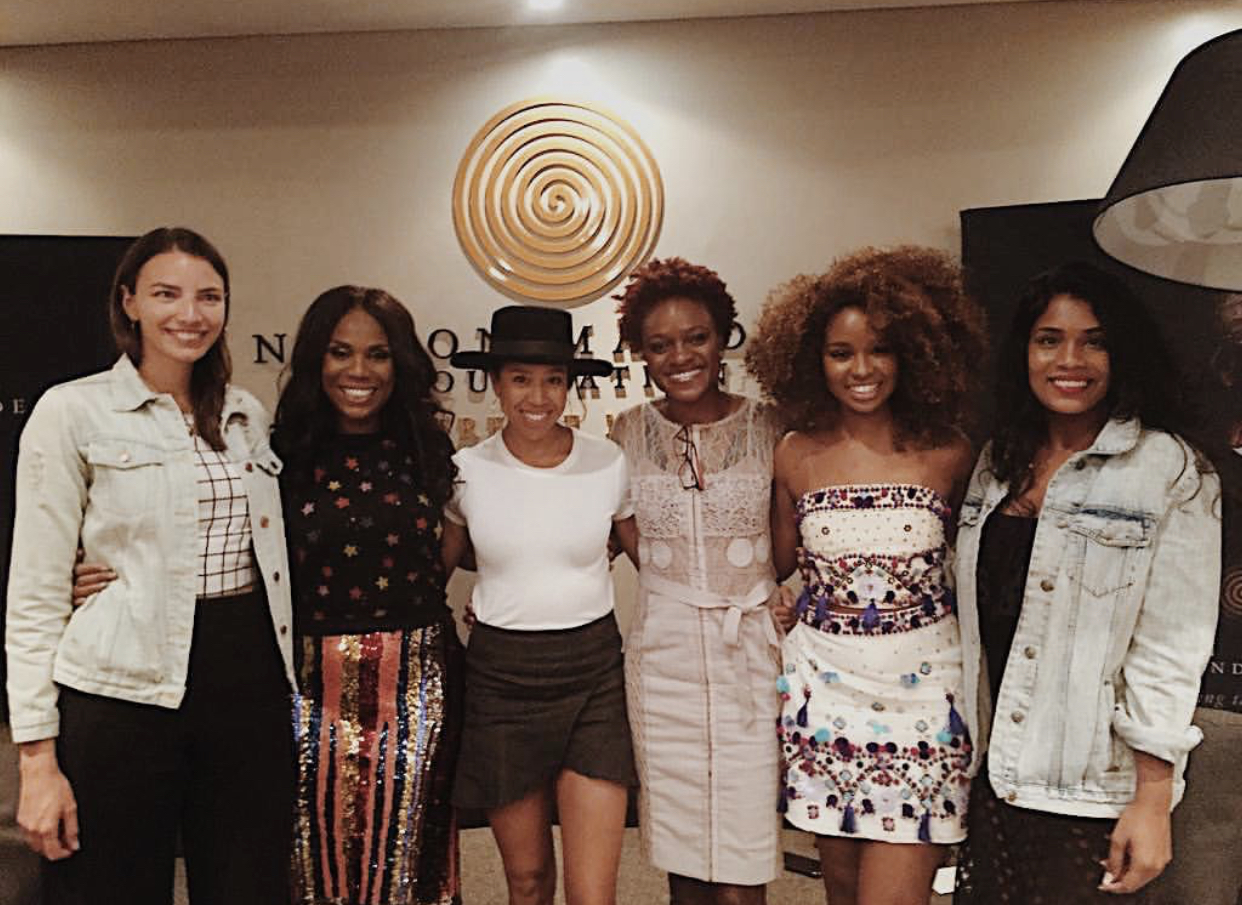 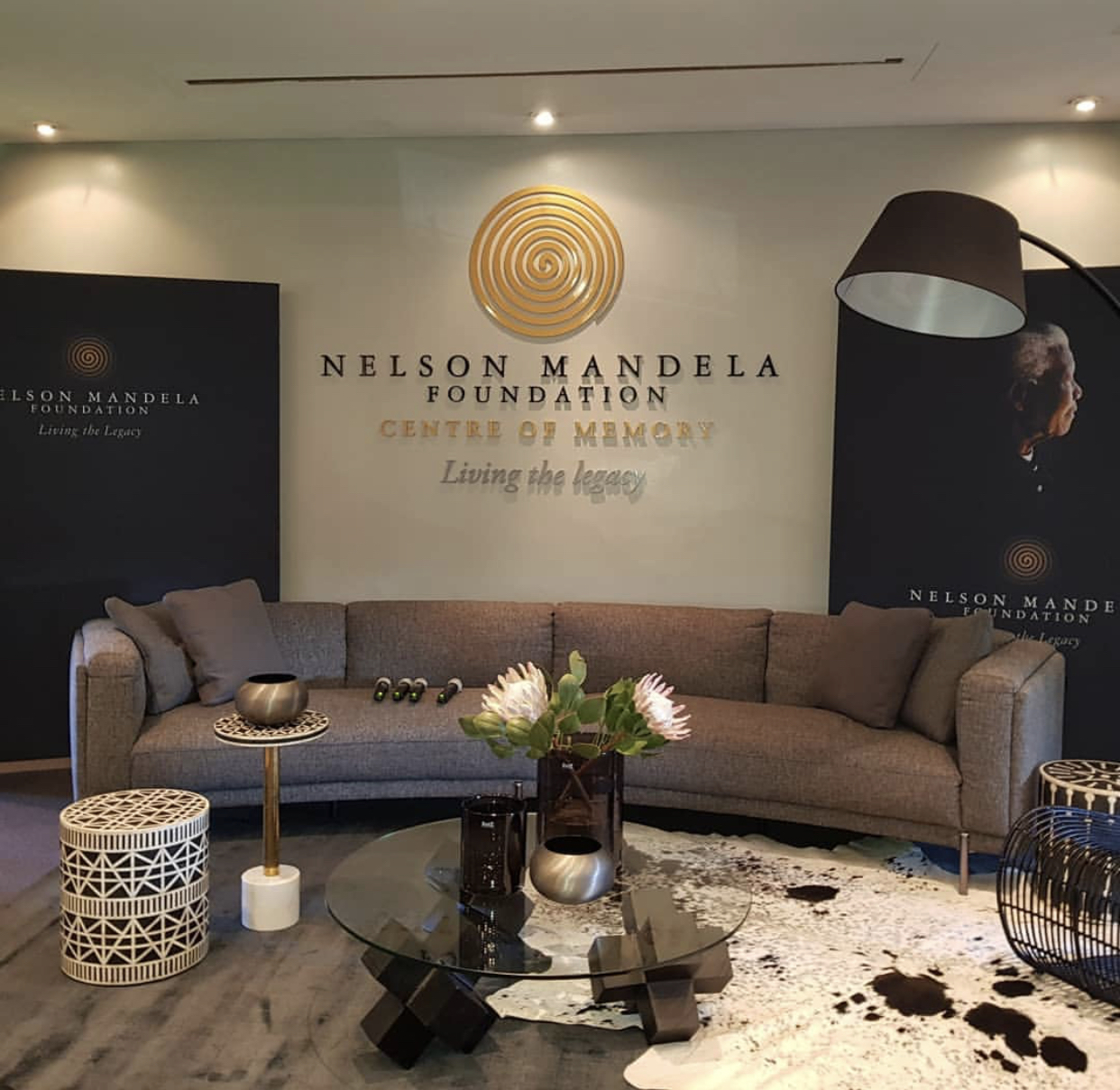 The conversation will be moderated by Bobo Matjila (US-South Africa) .The Global Citizen Festival excited many African millennials throughout the continent and in celebration of this pan-Africanist climate, they will bring together Africa’s most iconic, talented and benevolent artists to highlight the importance of their service to the world through their artistry. The discussion will be hosted by New York based artist and talk host, Bobo Matjila.

The event is fully produced by entertainment publicist, Ekua Musumba and film director/event curator, Mukundwa Katuliiba. This event is aimed at addressing the issue of illiteracy in underserved communities.  and all donations will go to NABU.org to help eradicate extreme poverty through literacy.

“My grandfather instilled in me the need to use your voice and actions to champion the struggles of your community. He believed that poverty is man made and could be eradicated by our actions. I am proud to be a part of a movement that reflects this and use citizen power to drive real change.”

The event takes place on December 1st 2018, from 5pm-8pm at the Nelson Mandela Foundation in Johannesburg, South Africa. 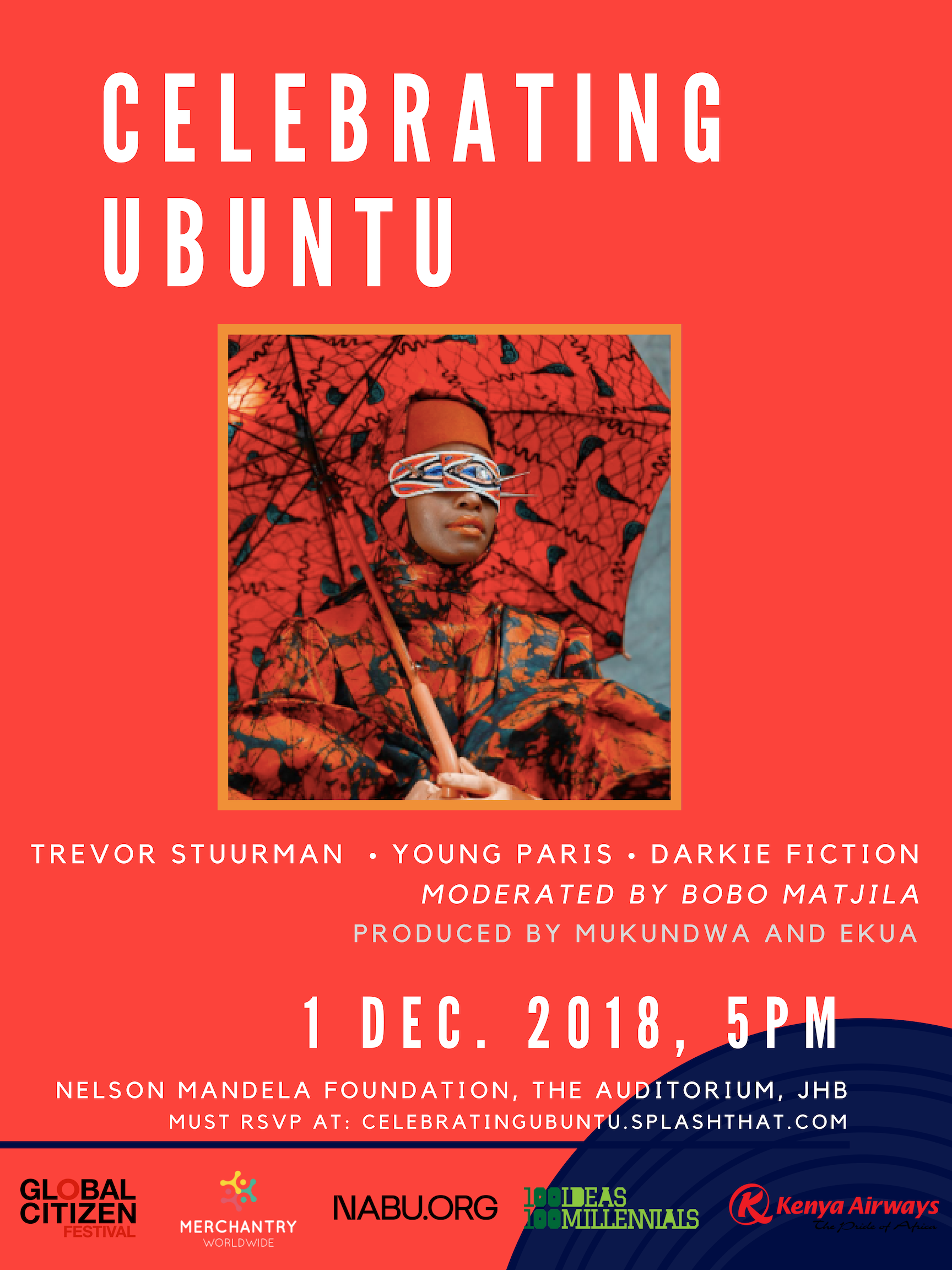 HI JOHANNESBURG ??
Let’s hang out! Saturday, December 1st at the Nelson Mandela Foundation – I’ll be talking about black art, race, how whiteness affects our creativity and what it really takes to make it in this wild industry with.

More about the event

Yvette Noel-Schure is a seasoned and respected industry veteran, and one of the top creative executives in the music PR business,” says Music World Entertainment president Matthew Knowles. She has developed press campaigns for a diverse roster of artists, including Mariah Carey, Will Smith, Jessica Simpson, Prince, John Legend etc …

Trevor Sturmann is a major visual artist in South Africa’s leading creative community. With over 135,000 followers on Instagram, he uses his platform to showcase and highlight faces of his generation. He has participated in campaigns for British Vogue and has been highlighted by CNN African Voices, as a “creative and cultural force”.

Young Paris
Young Paris is becoming a force within the music industry. He has worked with Grammy award winning producers and musicians from all over the world. With three EPs in his pocket, Young Paris has also been featured in TEDx, XXL Mag, Pigeons & Planes, The Fader, BET, VFiles, & All Hip Hop, in addition to VOGUE, & V Magazine. Young Paris’ latest accomplishment finds him as a signee to the Jay-Z’s entertainment brand, Roc Nation.

Learn more about the event here.