MAJOR: Thebe Magugu Is The First African Designer To Win The LVMH Prize!

South African designer Thebe Magugu has emerged winner of the 2019 LVMH prize. The coveted prize by the luxury goods conglomerate saw roughly 1,700 applicants apply this year from which 20 designers were selected.

This year, two Africans were shortlisted for the prize. The winner Magugu and Nigeria’s Kenneth Ize.

Magugu was presented with the prize -which also includes a 300,000 euro cash price and a year-long business mentorship in LVMH – by the long-time face of Louis Vuitton, Hollywood actress Alicia Vikander.

As a part of the shortlist both Ize and Magugu have had to release capsule collections for the 24 Sèvres e-commerce site owned by LVMH. They also got to dress one of British Vogue’s September issue cover star Adut Akech. 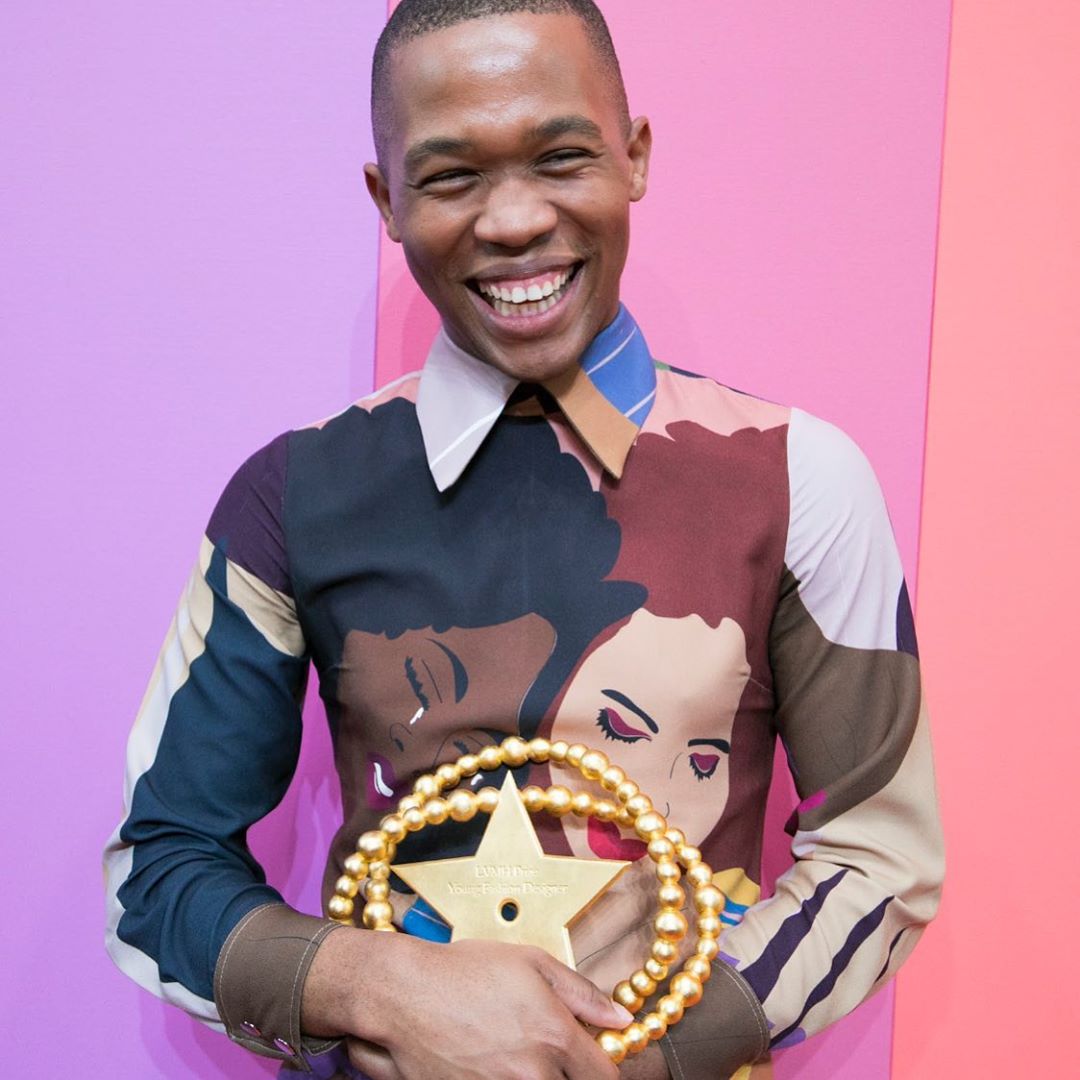 Magugu said while presented with the honor that he has learned a whole lot and met the most inspiring people just as a finalist.

As a creative you’re always questioning yourself, but people around me told me there was no harm trying. I went into it like a child, and got the chance to speak to my design heroes like Clare Waight Keller and Nicolas Ghesquière. So no matter the outcome, I already felt like I’d won so many things. This is like the cherry on top.

This win makes Magugu the youngest designer at 26 and first African to earn this prize.