Nigerian brand Orange Culture is one of the designers selected this year for the Vogue Talents exhibition. 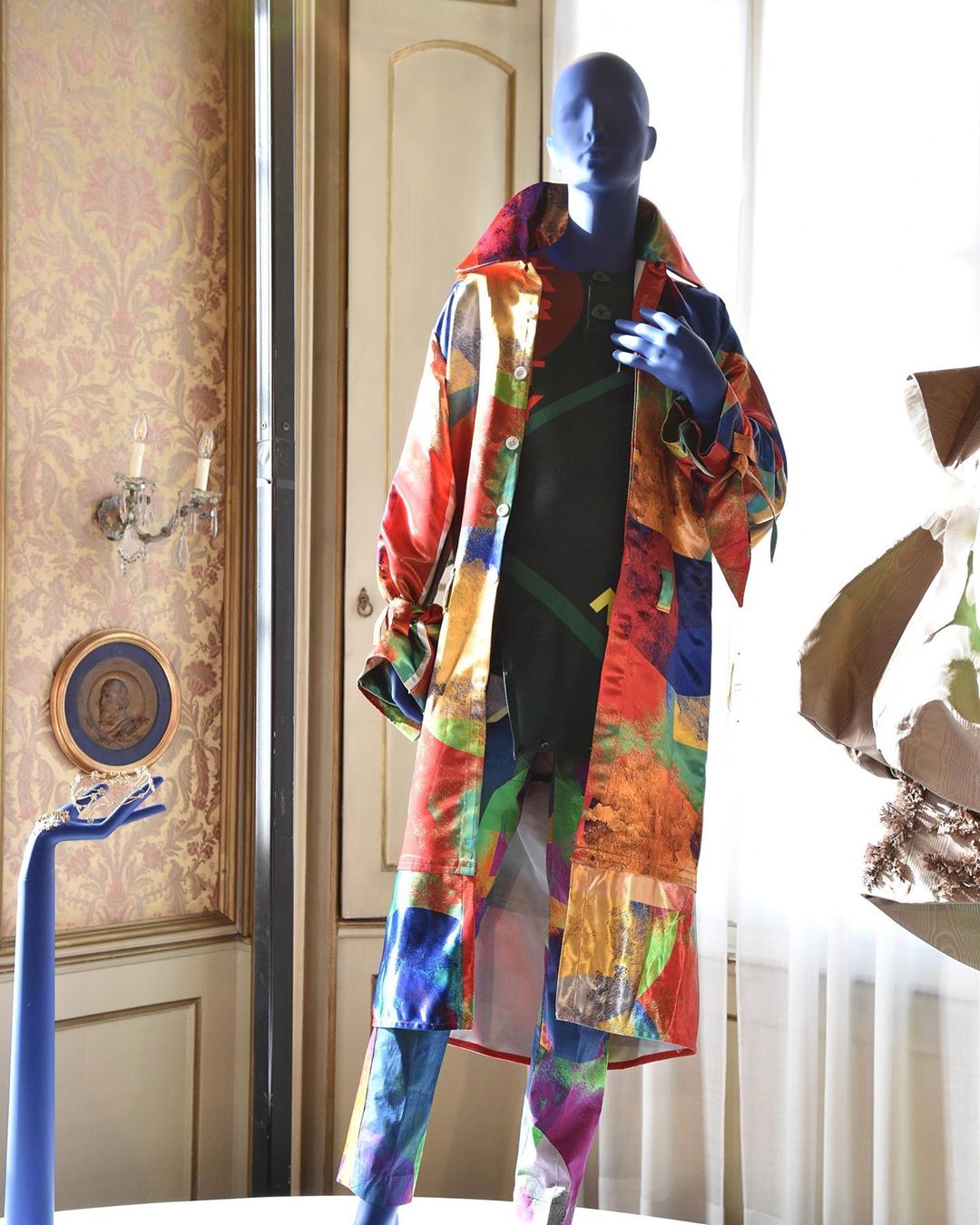 The programme run by Italian Vogue is a platform that gives young designers at the start of their career a boost into the world of fashion. Italian Vogue says that with the project they have been able to shine their spotlight on young talent that has gone on to become leaders in the game. To celebrates its 10th year anniversary this year, 70 designers from all over the world were selected, whose pieces are currently being exhibited at the Palazzo Cusani in Via Brera 13 in Milan.

In this last decade, the world has completely changed – nowadays everyone needs to think in a more responsible way. VT was conceived to support the new generation of creatives at a time when few believed in them. There were not so many contests and no media was focusing on, or particularly interested in, what the new generation had to offer. A platform with no boundaries, VT has scouted and spotlighted many designers at the beginning of their career who are today transforming and evolving the fashion scene. Passion is in the DNA of VT. It travels constantly all over the world, listening, watching and discovering stories, visions and dreams – not just of designers – and giving them a chance to be seen on the global stage of fashion. We’ve been to places such as Africa, the Middle East, India and many other regions where nobody would have expected to find budding creativity. Yet talent is everywhere, it knows no borders, and our scouting never stops because many promising names lack the tools and opportunities to catch the fashion industry’s attention. This issue of VT is a celebration of what has been achieved in the last decade. On these pages we give voice to the people who have always supported the new generations, illustrating success stories as well as fostering today’s emerging talents. The first 10 years of VT will also be celebrated with a special exhibition at Palazzo Cusani in Milan, open on 20 and 21 September during Fashion Week. The display will include the creations of the designers who have featured in this grand scouting initiative over the years. VT is a big lab where young creatives are nurtured but also put in contact with the industry and brands, so they can gain experience and take their own fledgeling labels to a higher level. VT is evolving every day and in the last year, responsibility has become our goal. We must promote awareness of sustainability in the new generations and inspire them to move in this direction. We wish to thank everyone who has believed in this project and believes in the new generation. BE BOLD, BELIEVE IN YOUR VISION AND NEVER THINK IT IS IMPOSSIBLE.

Orange Culture has taken to Instagram to express their gratitude and appreciation saying that they are honoured to be a part of the exhibition.

We are so honoured to be a part of the Vogue Talents 10th Year Celebration Exhibition amidst 70 designers from all over the world!

We are so honored to be a part of the Vogue Talents 10th Year Celebration Exhibition amidst 70 designers from all over the world! Thank you @saramaino_vt for always believing in us and to the late Franca Sozzani , as her wonderful loving spirit , lives through the vogue talents platform ! The exhibition is open today and tomorrow in Palazzo Cusani in Via Brera 13 in Milan! Please stop by and take photos with our piece! ?? #voguetalents10 #alwaysupportalent

Good News BellaStylistas – You Can Now Get Patricia Bright’s MAC Lipstick Anywhere In The World!