The Entertainer as he often calls himself, D’banj has added one more feat to his impressive list of talents.

At African Fashion International Johannesburg Fashion Week, the singer was among the model line up for South African designer David Tlale’s runway show. 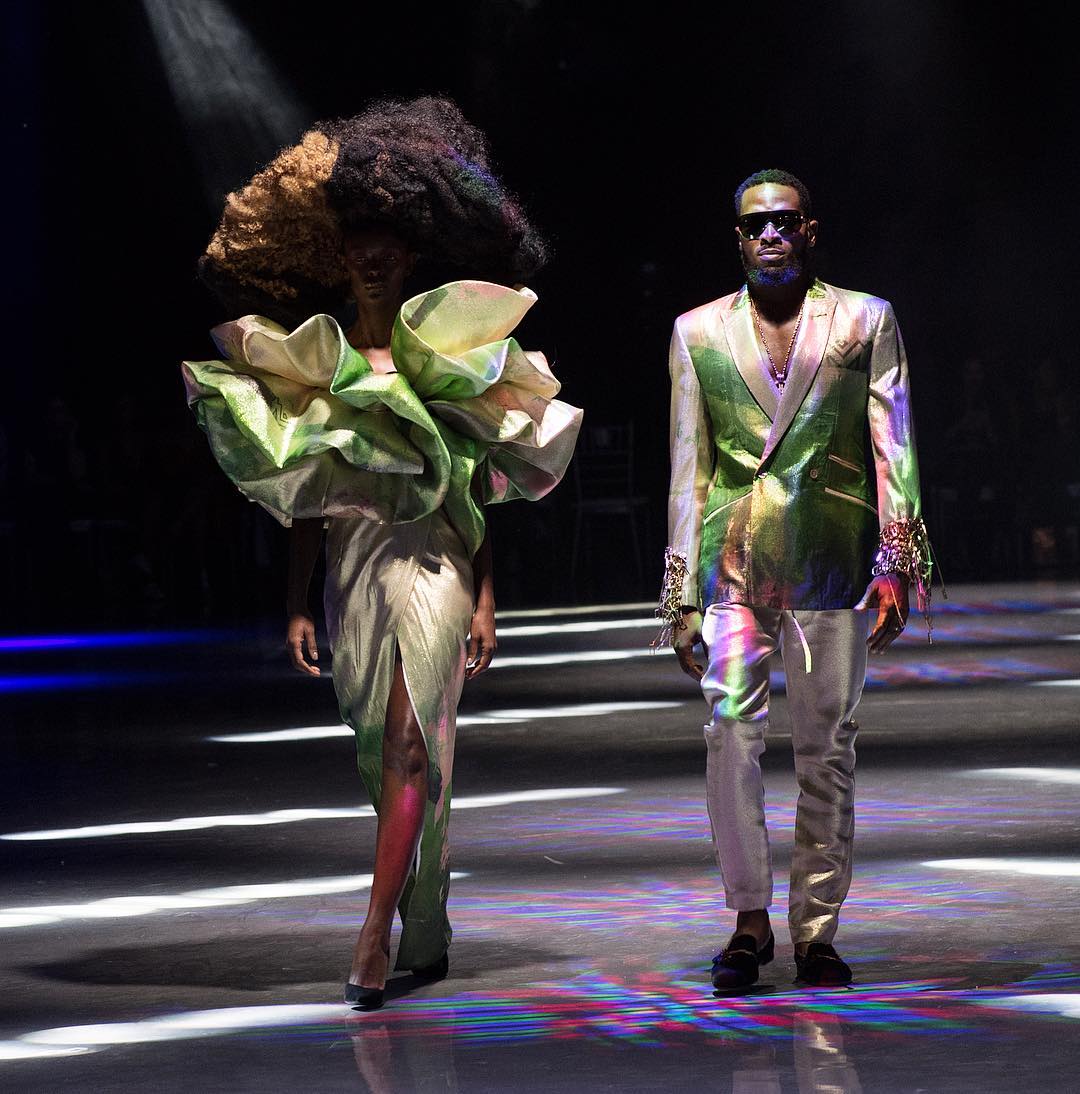 The superstar showed off his bod as he modelled a double-breasted iridescent suit set from the brand’s Spring/Summer 2019 collection titled Azania which was unveiled last month at New York Fashion Week.

D’banj shared a photo of the moment on his Instagram with the caption: “Newest Runway Model In Town….. @afi_sa @davidtlale”

Congrats To My Brother & Friend @davidtlale For A Successful Exhibition On the African Fashion International Johannesburg Fashion Week. Epic Night With The Display Of Over 100 looks By @davidtlale Was Unforgettable. Take A Look At The Highlights From The BTS of The Powerful Finale cc: @afi_Sa #AFIJFW

#SMWxBNSTYLE19: Get Ready For The BellaNaija Style Panel at Social Media Week Lagos 2019!