MAJOR: Adesua Etomi-Wellington Is On The Cover Of US Vogue & Her Makeup Was Done By A Nigerian! 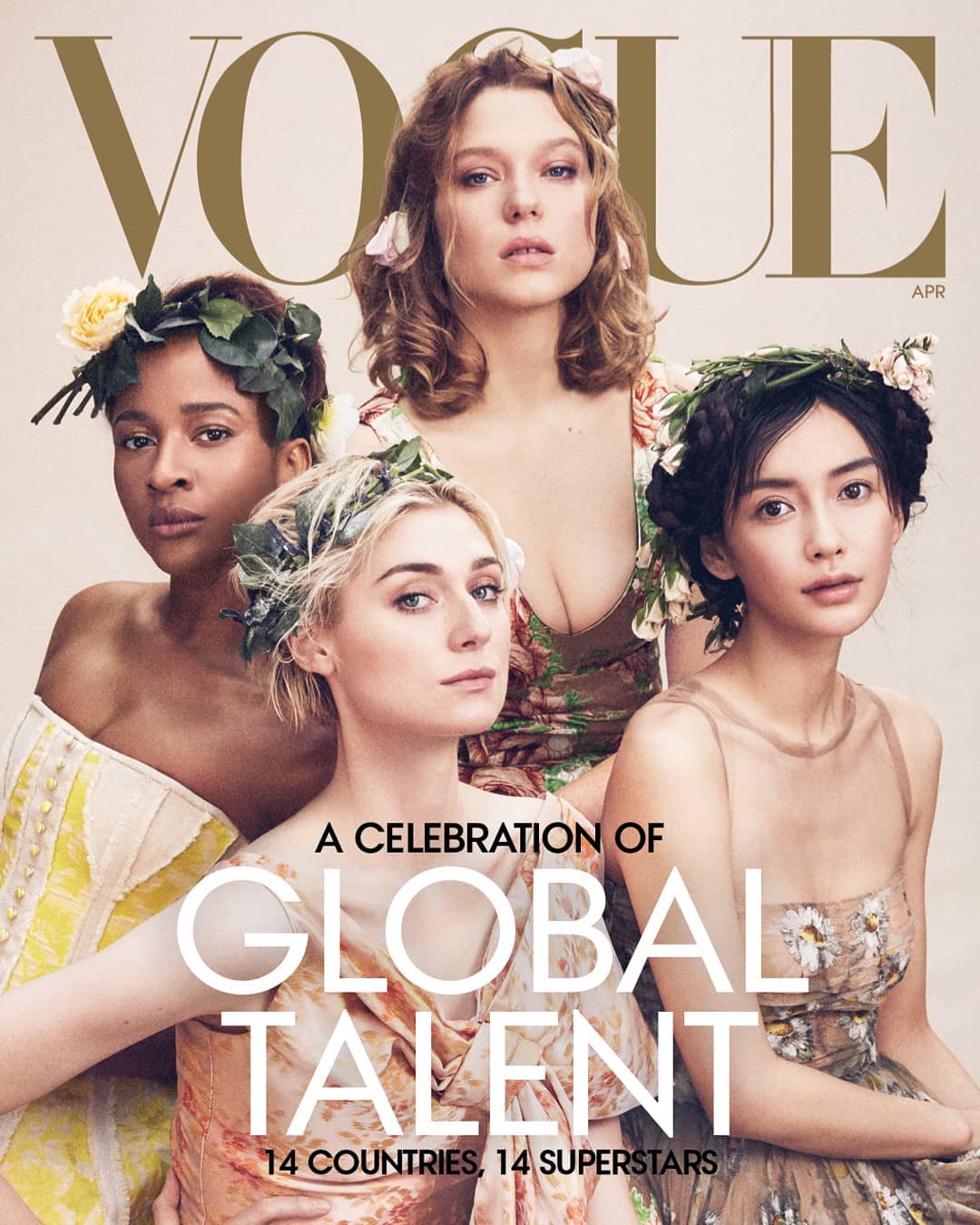 Highly rated actress Adesua Etomi-Wellington is making headlines as one of the cover girls on the April 2019 cover of US Vogue. In the official feature released today, Adesua appears alongside other superstars Scarlett Johansson, Deepika Padukone, and Doona Bae. These women and 10 other women are part of a celebration of global talent.

This may be her first Vogue cover but she is surely no stranger to the audience, last year she was among the attendees of the GEANCO Foundation annual fundraiser at the Pacific Design Center, West Hollywood and she has starred in a number of high-profile publications including Genevieve Magazine and GTBank’s Africa Finest Magazine

The Wedding Party star has been in a number of blockbusters and despite being raised mainly in England she says, she just had to return to Nollywood.

I love, love, love Nollywood, I feel like she’s my baby, and it’s my responsibility, along with a lot of other performers, to grow her.

On the cover, Adesua looks demure in the shoot which took place in East London wearing a summery yellow and white corset dress with fresh flowers completing her look.

You can’t look at the cover photo and not think of the makeup! The Nollywood star took her makeup artist with her – Otito Ibeleme of T’ ALA Mode Beauty did a soft minimal look for her cover shoot and it was the perfect finish for the natural theme of the shoot.

Read the full article on www.vogue.com

Linda Osifo Is On The Cover Of Onobello & We’re In Love With Her Subtle but Very Glamorous Makeup!