Film Awards Season is in full flow, and the British Film Institute, the governing body that promotes and supports the UK Film industry launches its annual BFI Future Film Festival 2018 on the 15th February 2018. One young Nigerian-British film maker Rashida Seriki-Balogun, up for not one, but two awards; The Future Film Lab and BFI Patron’s New Talent Award. The film that has caught judges attention and nudged the preternaturally talented 22 year old into the spotlight is The Fence, a short-film that explores what it is to be young, queer and from different sides of the religious divide of Christianity and Islam. 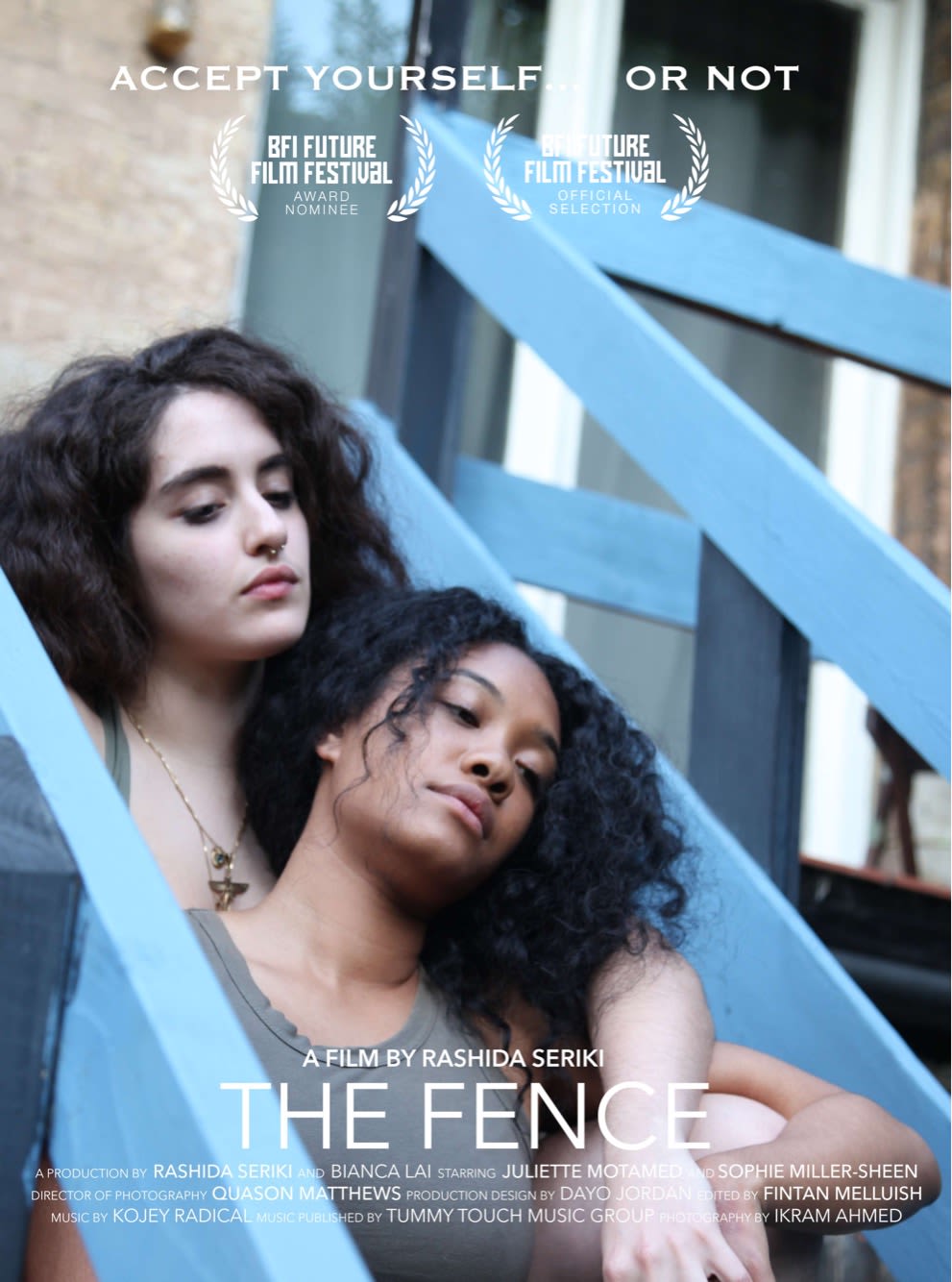 Not due on general online release until August 2018, the film has captured the imagination of audiences because of its searing honesty and topical themes. Speaking to Seriki-Balogun she shared the inspiration that led to the film’s creation:  “When I sat down to write The Fence, I just wanted to create a film that would fully submerge the viewer into these two characters’ perspective and their experiences… I didn’t want my audience to feel like outsiders looking in.”

In a year that has seen a flurry of support for Luca Guadagnino’s  Call Me by Your Name, which received Best Film nominations at the Golden Globes, BAFTAS and Oscars, the stage now seems firmly set for stories that depict love in its multifarious occurrences and place LGBTQ+ relationships as part of the spectrum of romantic liaisons people share. Seriki-Balogun was determined that diversity in all its guises was depicted in her film noting: “A lot of films are getting repetitive…it feels like most of the Western stories have been told. So having that access to Nigerian stories, African stories, and the black perspective is a huge advantage for me as a filmmaker. I aimed [for the audience] to deeply engage with the compassion, humanity, and consciousness of a queer, black and Christian female, and of a queer, Arab and Muslim female. Presenting voices from both sides of the fence. It’s no single or simple experience, not even in 21st century London.”

For an artist who has already garnered the praise of industry veterans, Seriki-Balogun is refreshingly unaffected by the growing attention  she’s attracting, or of being seen by many as a beacon in an industry that has recently suffered accusations of a lack of diversity, from the #OscarsSoWhite campaign of 2016 to Natalie Portman’s withering comments at this year’s Golden Globes that not a single Best Director nominee was female. Viewing her own nomination in light of these wider conversation sshe notes: “Being British-Nigerian, or just Nigerian doesn’t make my nominations feel any more or less of an achievement.”

Perhaps the time is ripe to move beyond campaigns and protests and, as Seriki-Balogun is clearly doing, focus on producing  beautiful films with compelling stories and characters. In closing she declares a bold call to arms for other fellow creative visionaries: “My message to young Nigerian filmmakers thinking of what stories to tell is, don’t try to conform to what you’ve seen done before because it was successful, tell what you know. Our narratives can cross cultures and continents.” And as Rashida Seriki-Balogun has clearly shown, they can also (fingers crossed here at the BellaNaija Style offices), win awards.

#BNSConvos​: 3 Tips for Building a Profitable Fashion Business, According To 3 African Female Bosses

#TBT: The Insider’s Guide to Sao and the Muse 3: Jane Michael Ekanem Edition