Nigerian designer Kenneth Ize in a recent interview with American Vogue talks about putting West African fashion on the global map. The creative director of the Lagos based brand of the same name says that it can be stressful running a company in Lagos.

Lagos can be a very stressful place, so going out is important for our sanity. And when we go out, we like to get dressed. 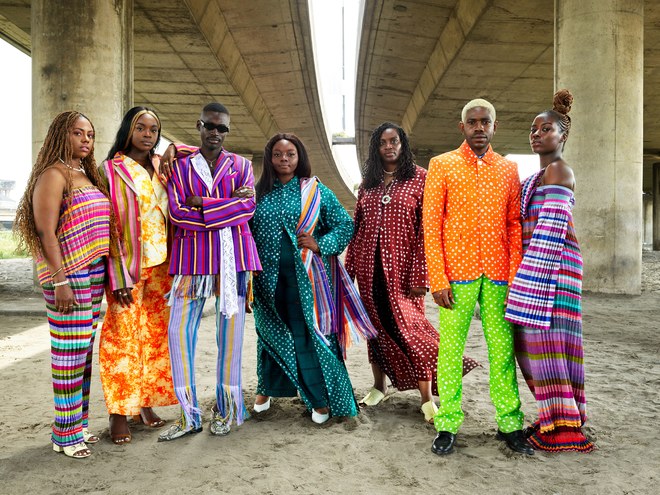 Vogue talks about how Ize became the word on every lip since he debuted his collection made out of aso oke at Arise Fashion Week in April.

It wasn’t until a little over a year ago, when Ize started working with a collective of craftspeople in Ilorin, a city five hours northeast of Lagos, that his fashion community was made whole. “Nigeria has such a rich tradition in textiles, but those practices are dying out,” he says. “It was only after asking elders at craft markets in Lagos that I even learned of these weavers.” And so one morning last September, Ize set off on the long drive to Ilorin. The circle of artisans he discovered there in a sleepy residential neighbourhood, who had the practice of making aso oke passed down to them over generations, would begin weaving fabric for him the very same day.

The 2019 LVMH prize finalist who has had the likes of Naomi Campbell and Imaan Hammam walk his runways says that his goal is to show the world what Africans can produce.

I love what I do, and so much of that is based on the people who I work with. I want to show the world just what we’re capable of.

Ize is part of the Bussiness of Fashion #BoF500 list this year.