Venice Film Festival has returned and so have the stars. And when stars choose to celebrate the best the world has to offer in art, dance, architecture, theatre and cinema in an ancient city, you can guess what that means already. The Somali model and makeup mogul Iman Abdulmajid is leading the charge this year. Just a day into the eleven-day event, she has served looks that are the epitome of out of this world gorgeous. Rocking Maison Valentino’s Fall 2019 Haute Couture on opening night, Iman has put us on notice: She isn’t here to play.

The supermodel wore a blue campy dress with feathers on the hem and neckline – forming a ruff reminiscent of the Elizabethan era. She finished off the vibrant look with a sleek bob and bold red lipstick. 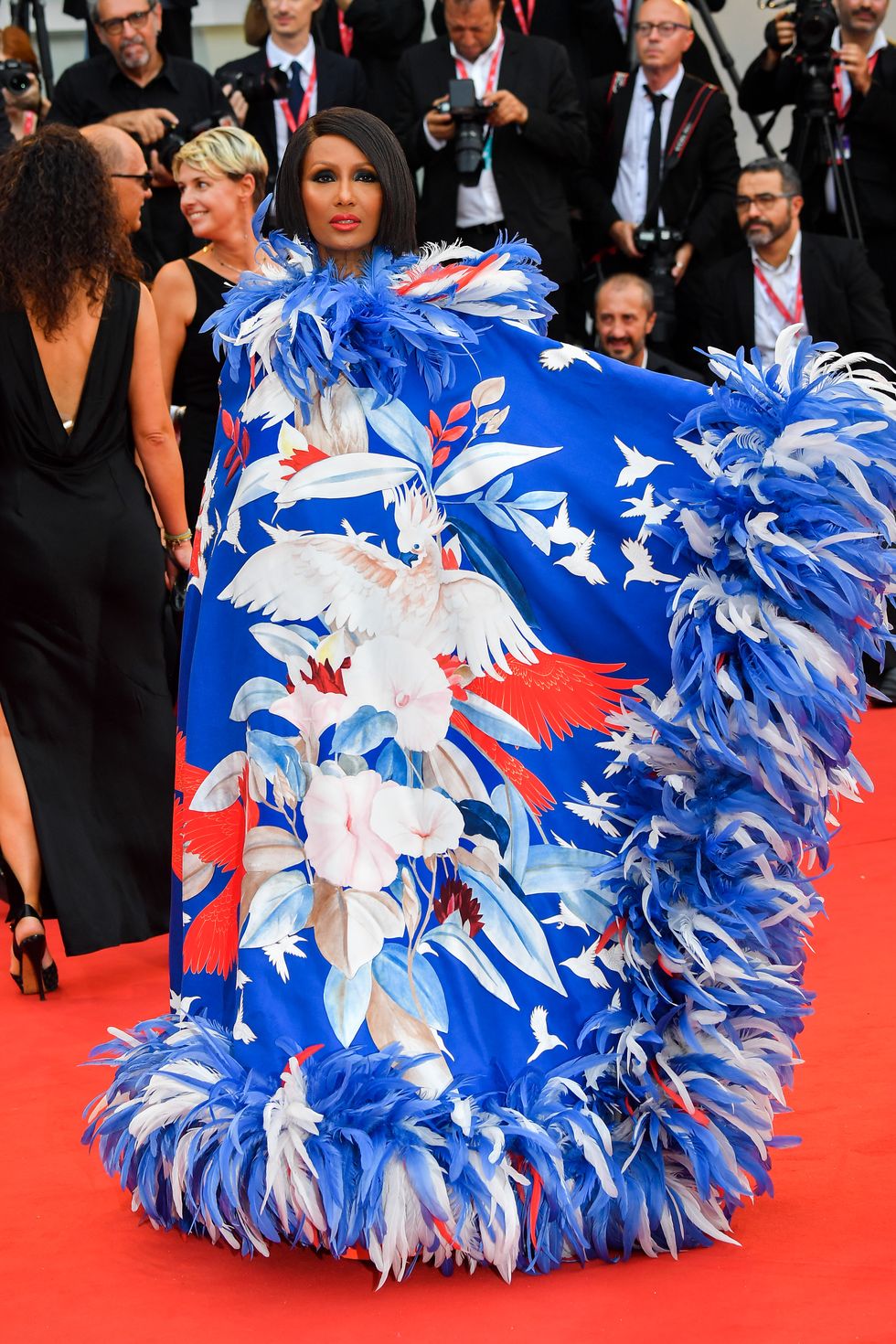 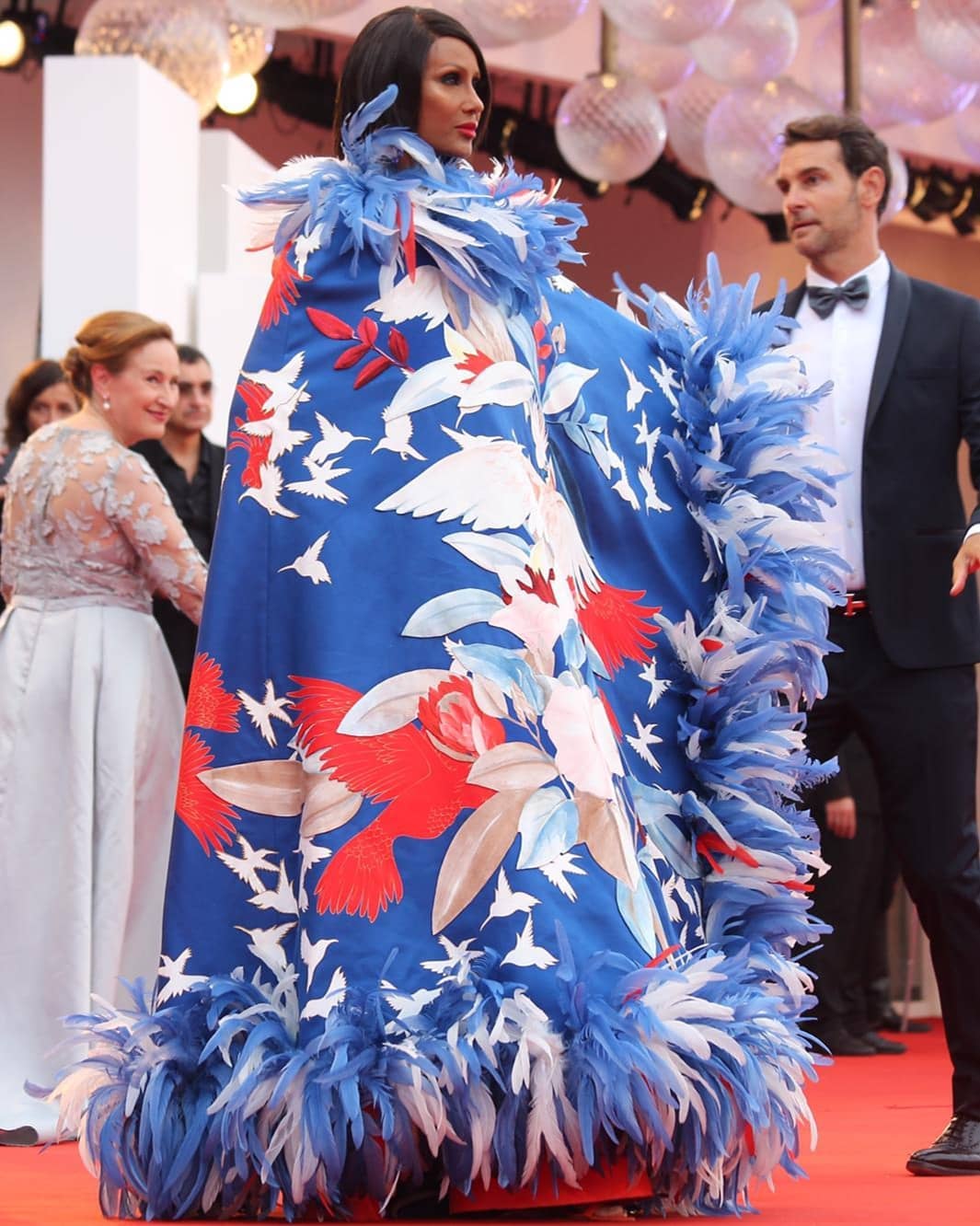 While receiving the Franca Sozzani Award (given by the Franca Fund for Preventive Genomics) later, she switched things up to a purple dress with ruffles also from Maison Valentino Haute Couture and matching lipstick. 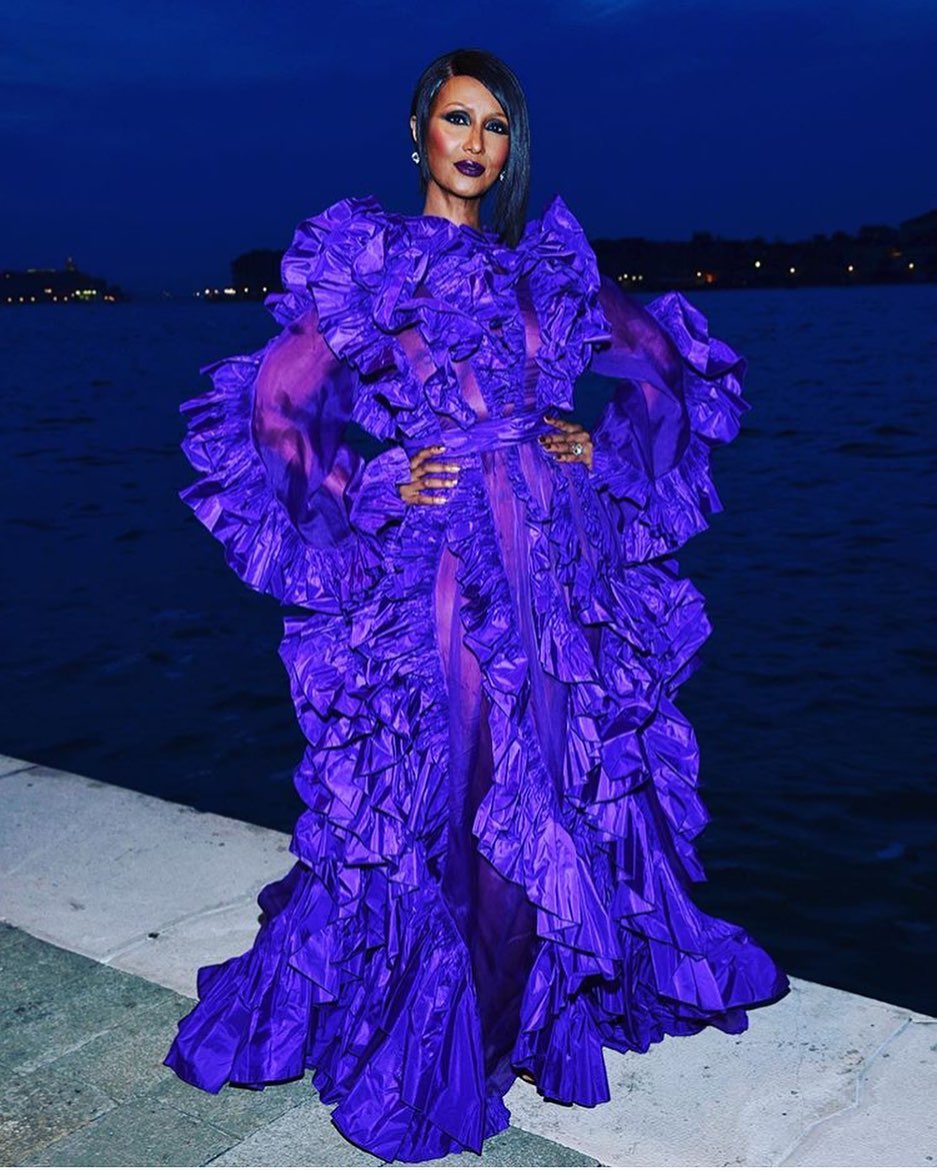 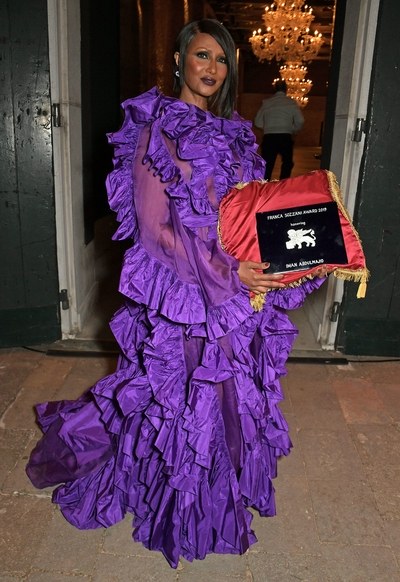 Wowzer! Millen Magese Is A Golden Goddess In This Liquid Metallic Dress