Young Contemporaries 2018 was the show to be at last Sunday and a week or more later, the waves of excitement are still rippling in the art world and beyond. The exhibition, held at Rele Gallery, featured the artists Dandelion Egho Eghosa, Yasser Claud Ennin, Habeeb Andu, Abisola Gbadamosi and Samuel Olowomeye  and cemented Rele Gallery’s reputation as the creative hub for young Nigerian artists. 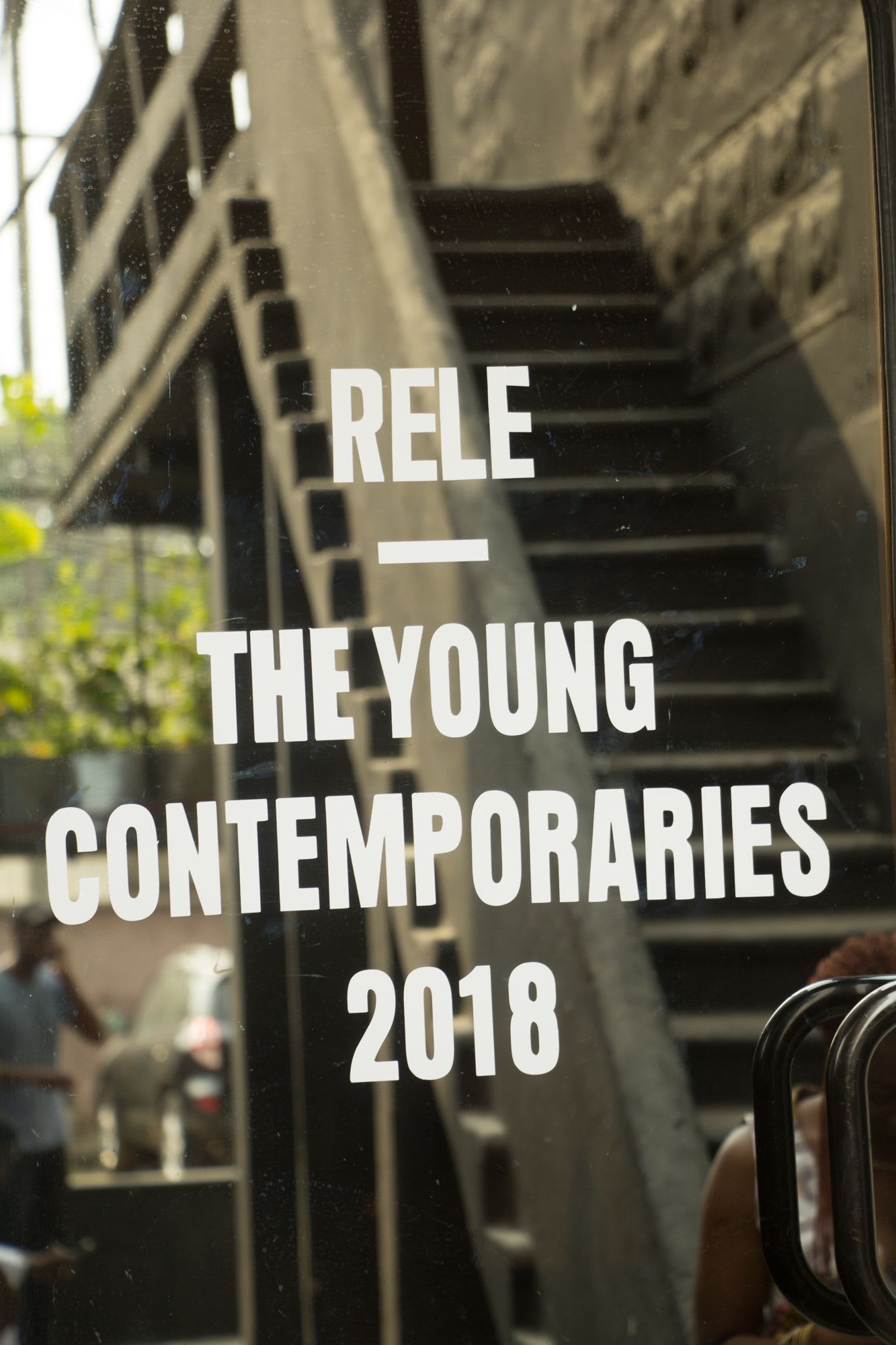 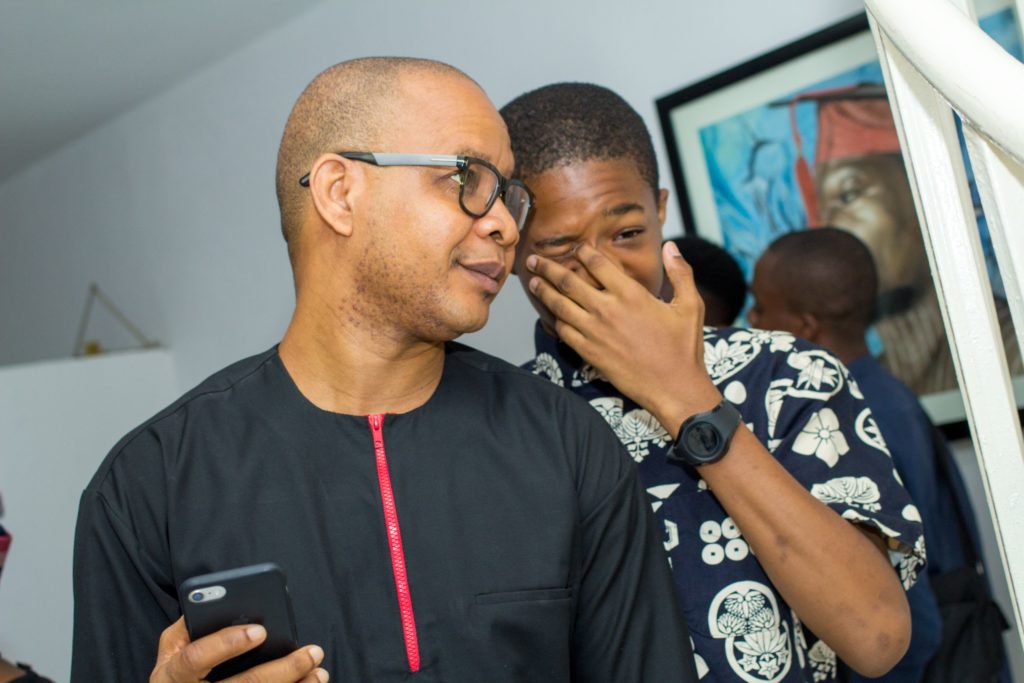 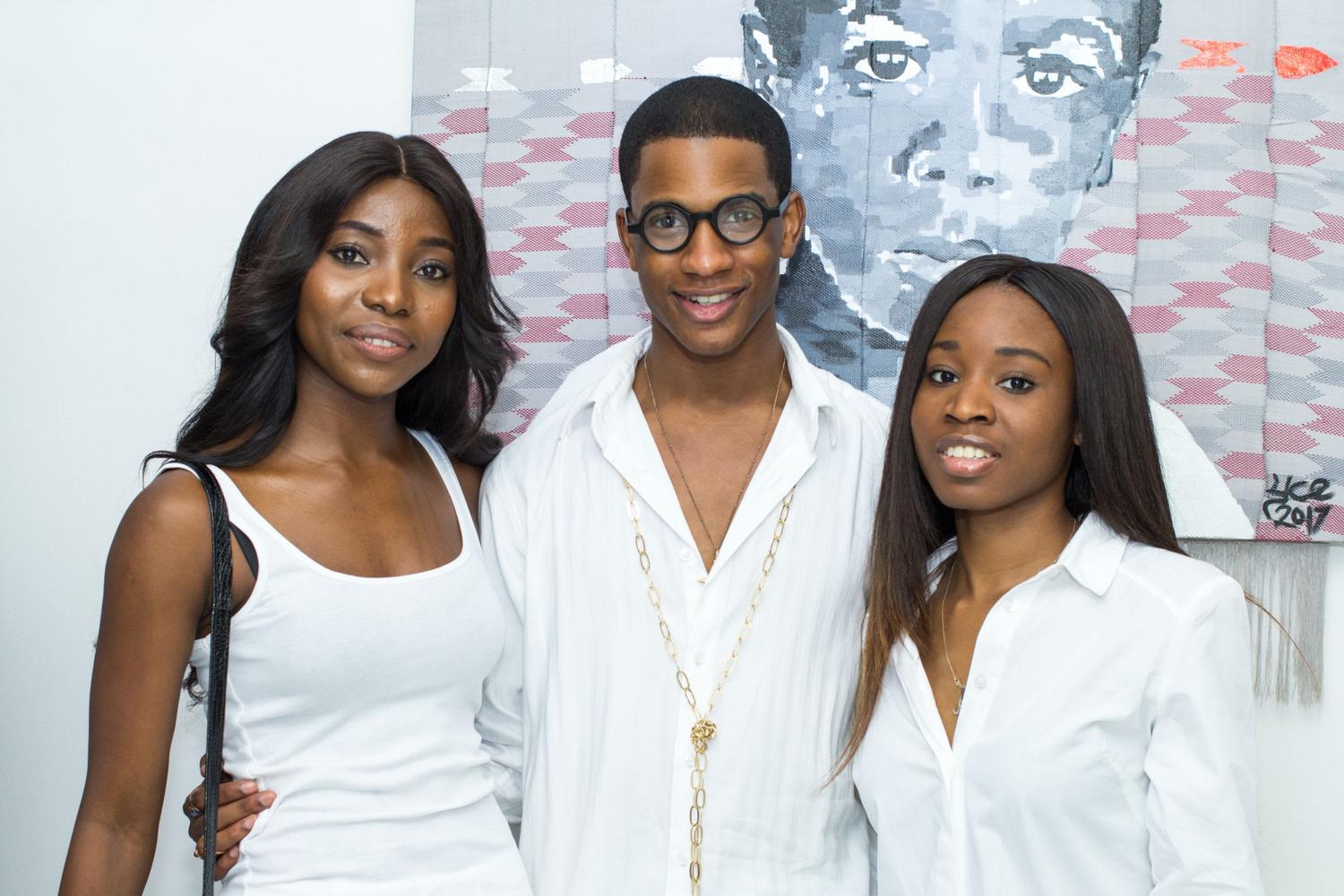 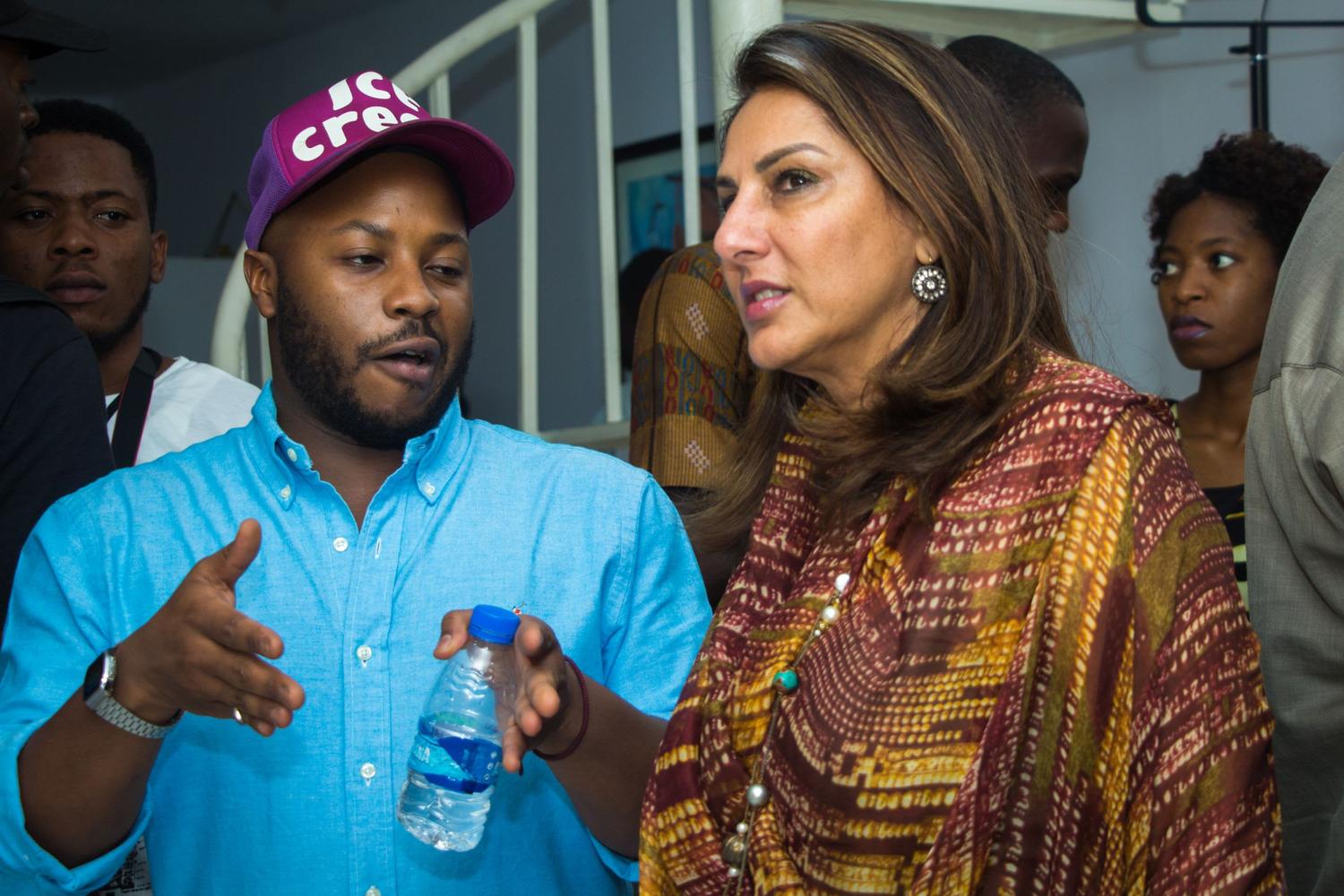 For an afternoon affair, the gallery was packed to bursting and was reflective of not only how contemporary art has become somewhat of a thing, especially with the fashionable and moneyed crowd of Lagos, but also of how art remains the perennial means in which a society can delve deep, experience emotions on a metaphysical and physical level and  truly understand what it is to be at any given moment. 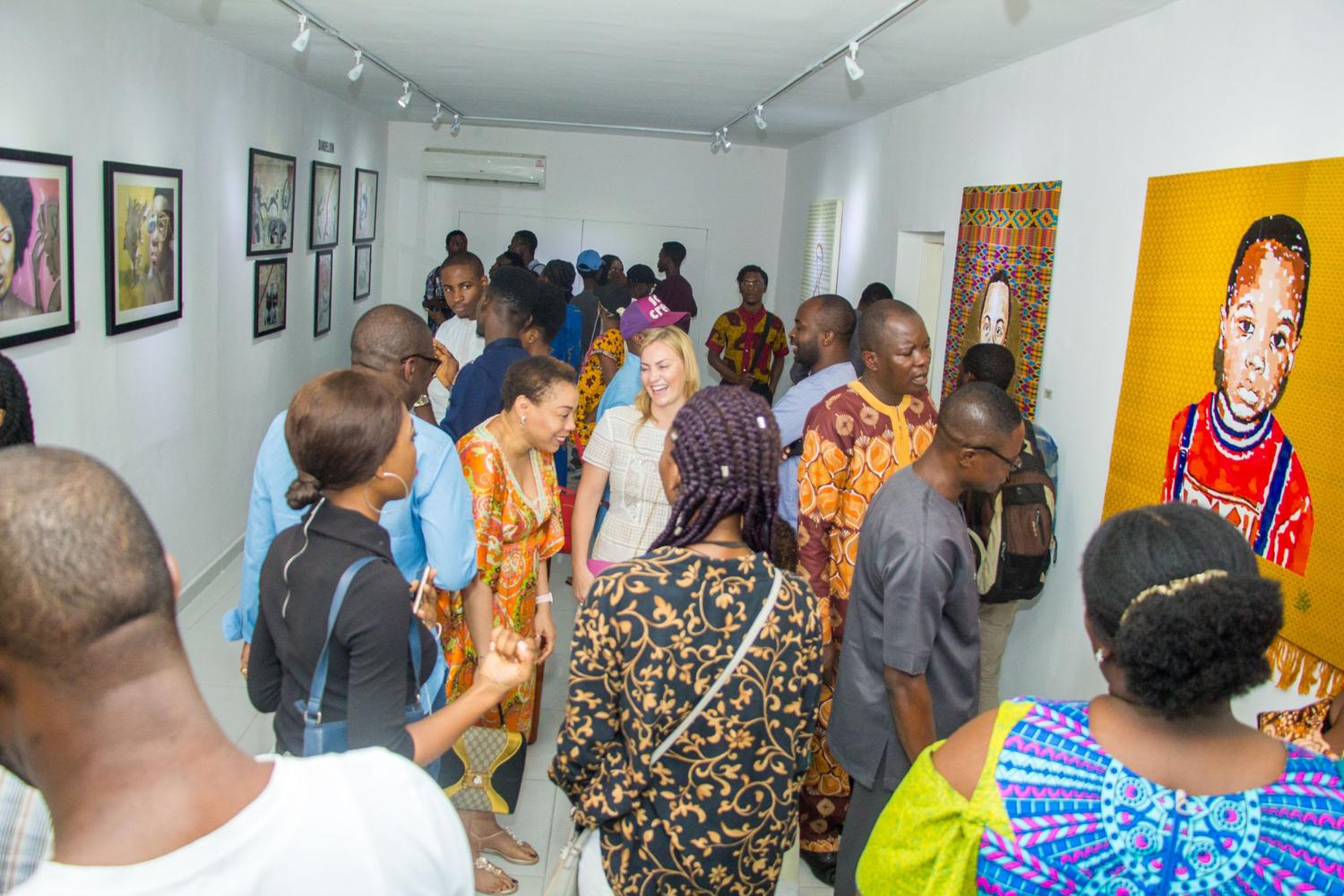 Adenrele Sonariwo, herself a force of nature in the industry having successfully curated the Nigerian Pavillion at the prestigious Venice Biennale was on hand, a vision in gallery-girl black scoop neck top and pleated midi-skirt to guide both novice collectors and reconnect with serial clients who have come to rely on her eye for selecting the best in class before they blow up. Us Bella Stylistas are loving her combination of knowledgeable, approachable and natural elegance. 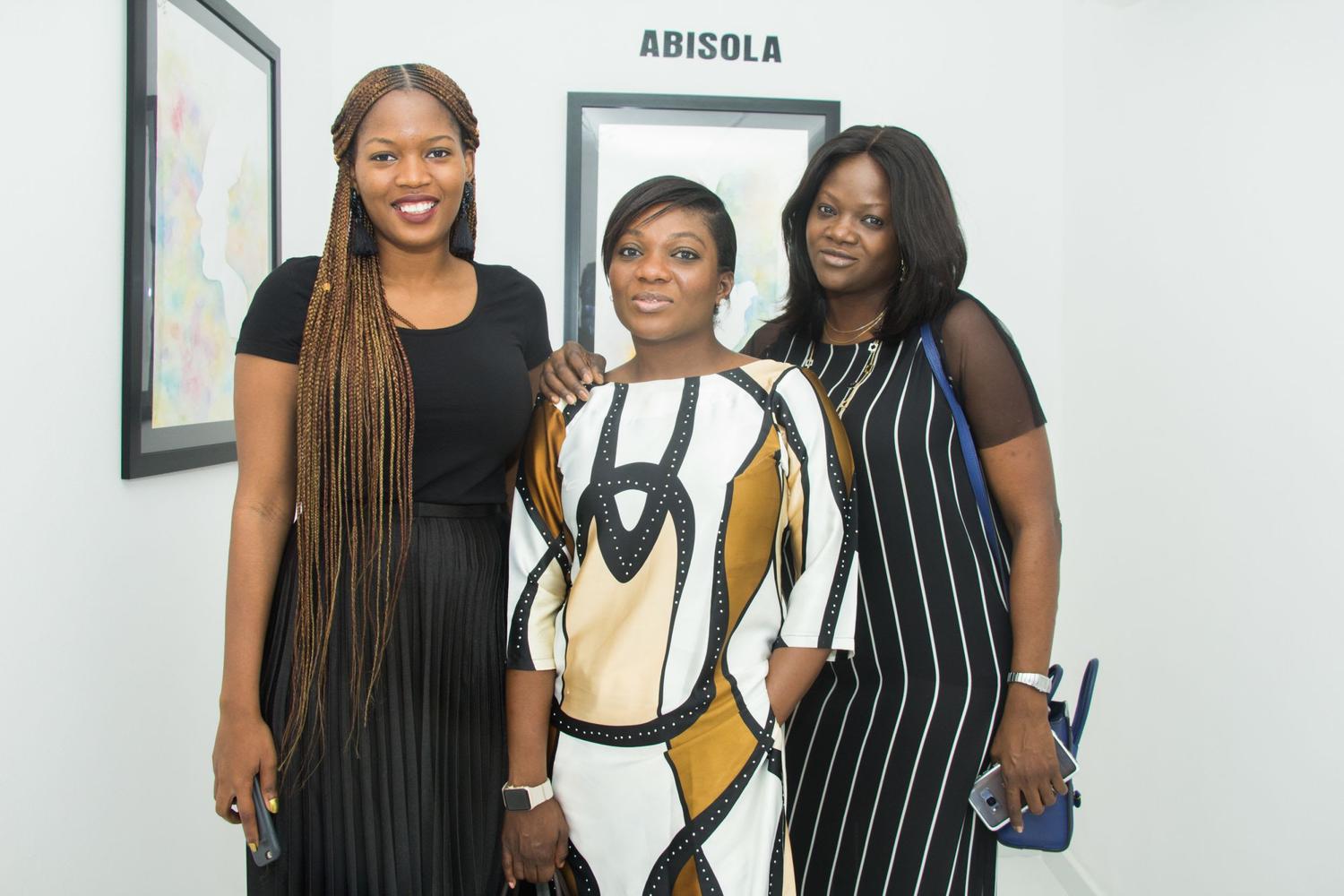 Onto the artists themselves: Dandelion Egho Eghosa  was highly anticipated have already garnered critical acclaim for a fearless approach to taboo topics of sexuality and gender. 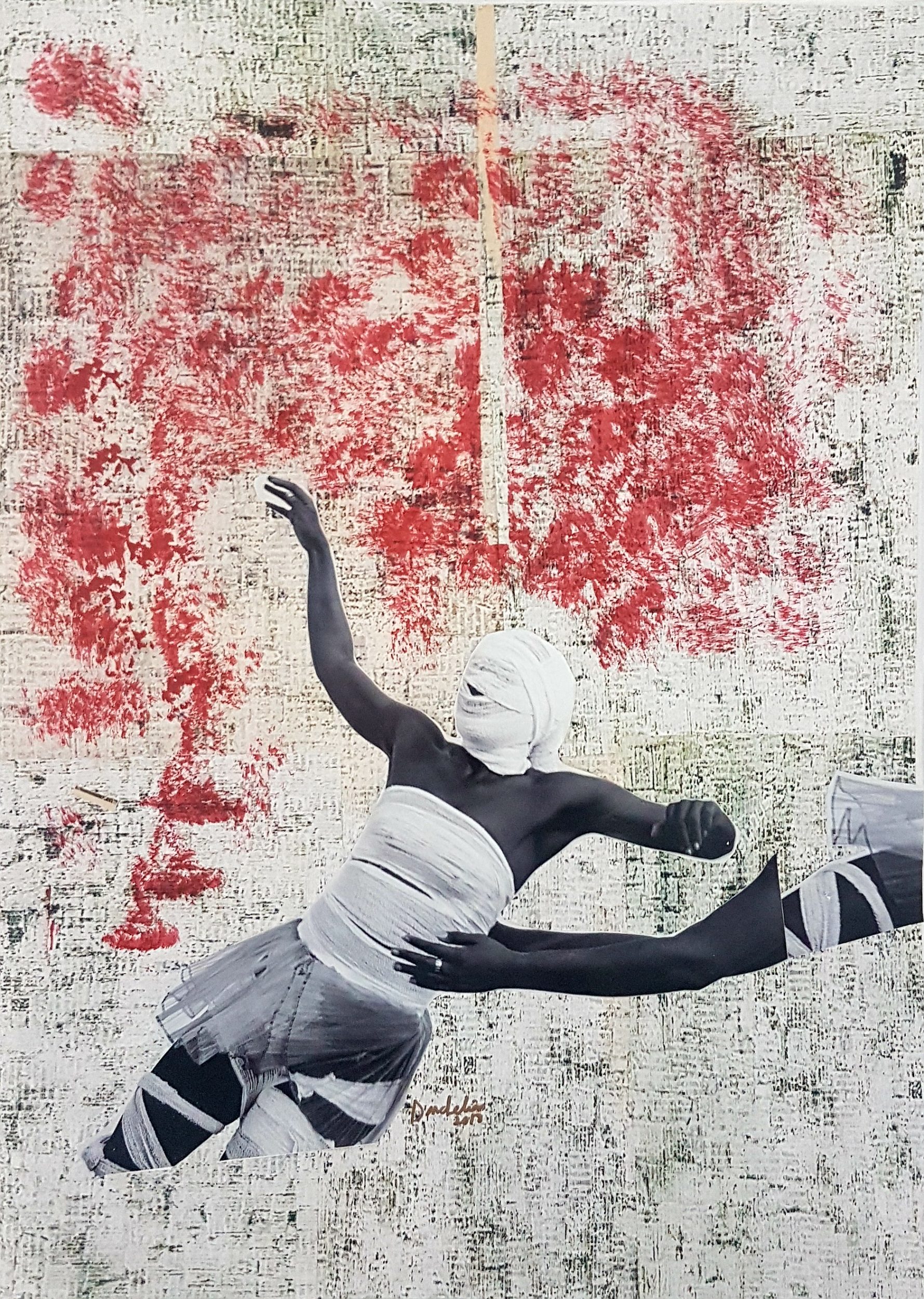 For Habeeb Andu it  has been a case of  dilligently working under the tutelage of old master Ben Osaghae, honing his craft and creating a visual language in mixed media that is simultaneously arresting and soothing. 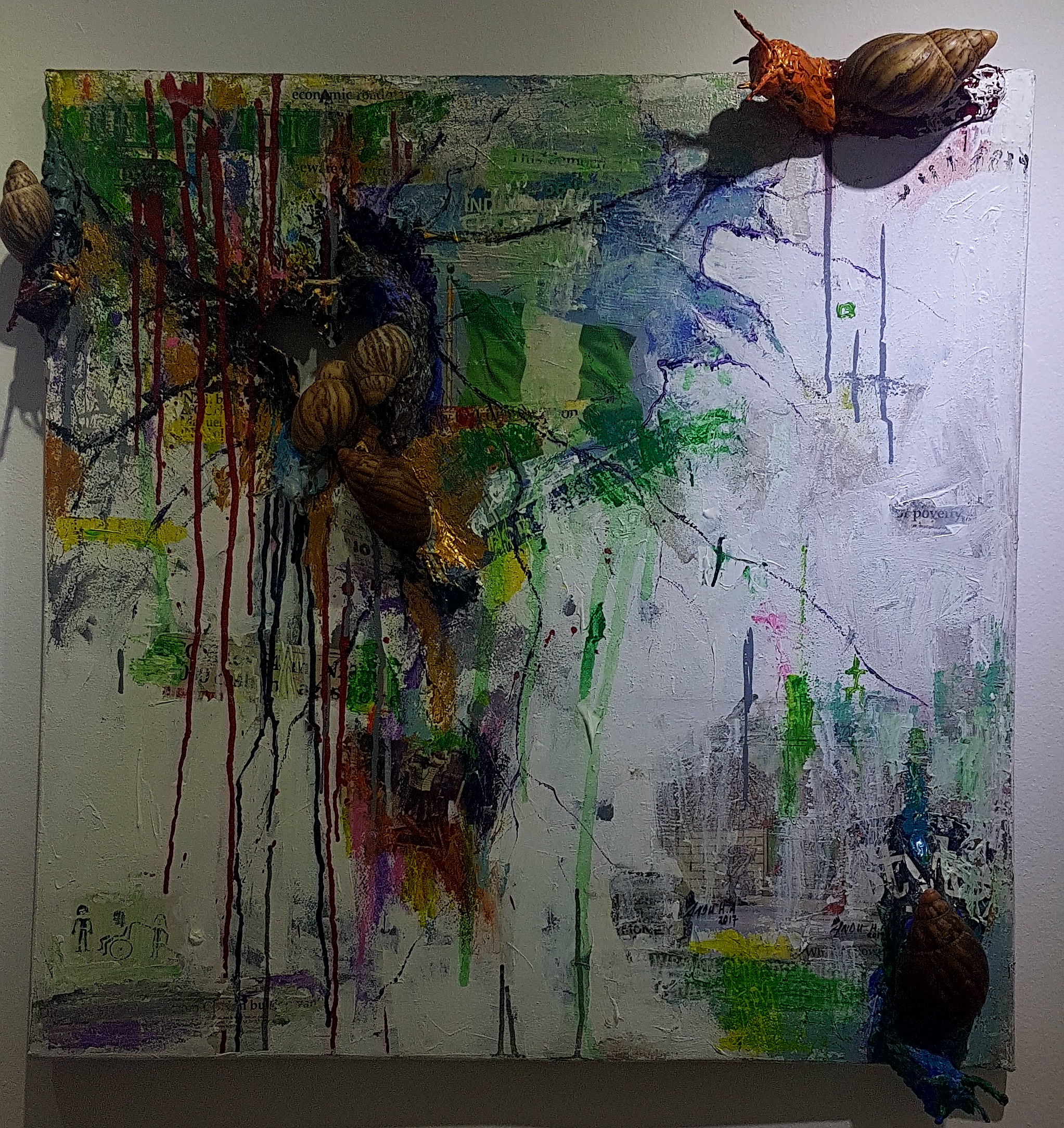 Yasser Claud Ennin’s pieces choose to  interrogate identity and belonging with the novel approach of self portraiture over fabrics that hinted at his melange of cultural heritage. 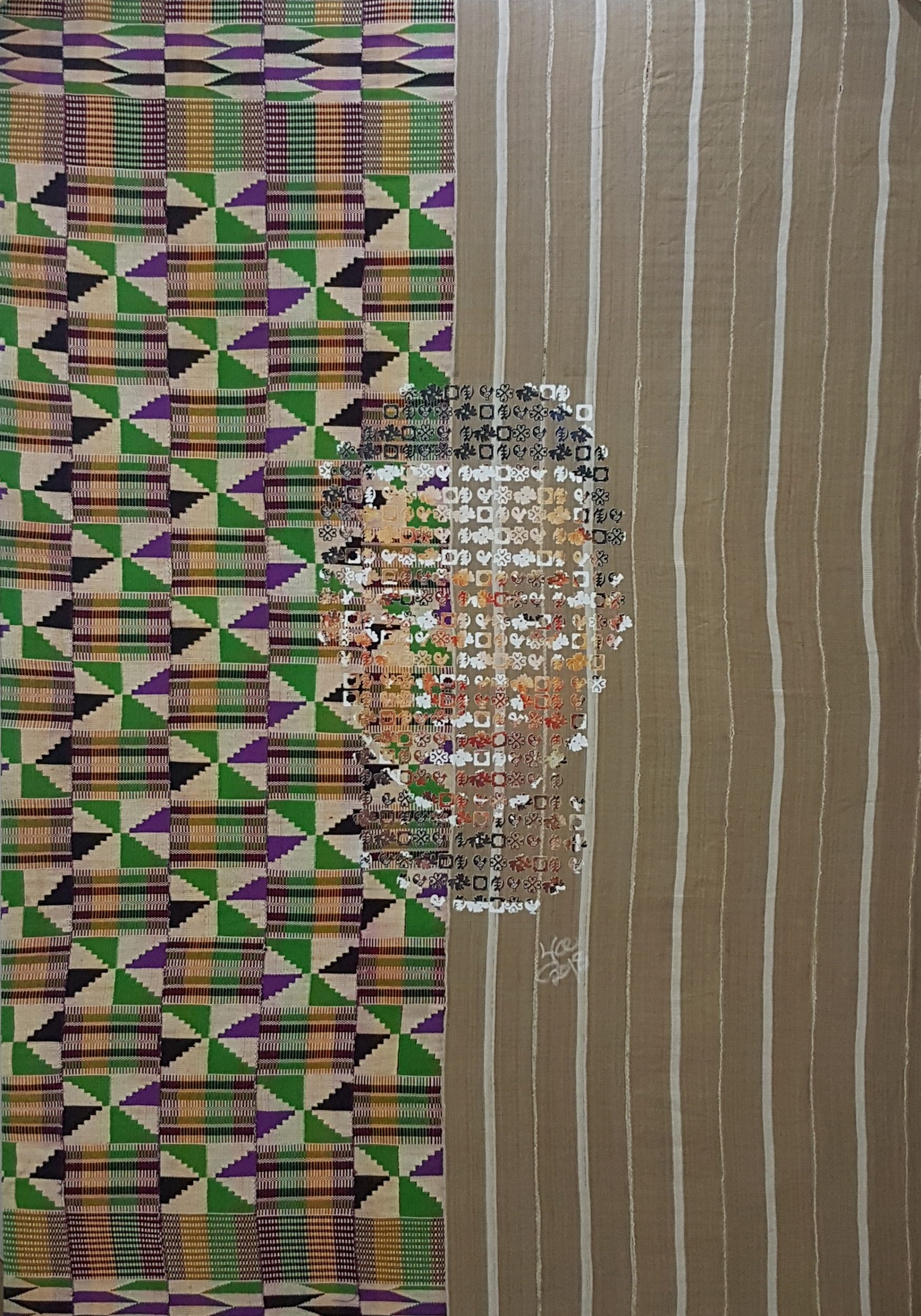 In the instance of Samuel Olowomeye a self-trained painter, politics take a central role in his pieces that seek to reveal the negative influences of external cultures and western influence in particular, on Africa and Africans.

Finally,  Abisola Gbadamosi’s ethereal water colours stole the hearts of many with their celebration of the feminine form, romance and love. 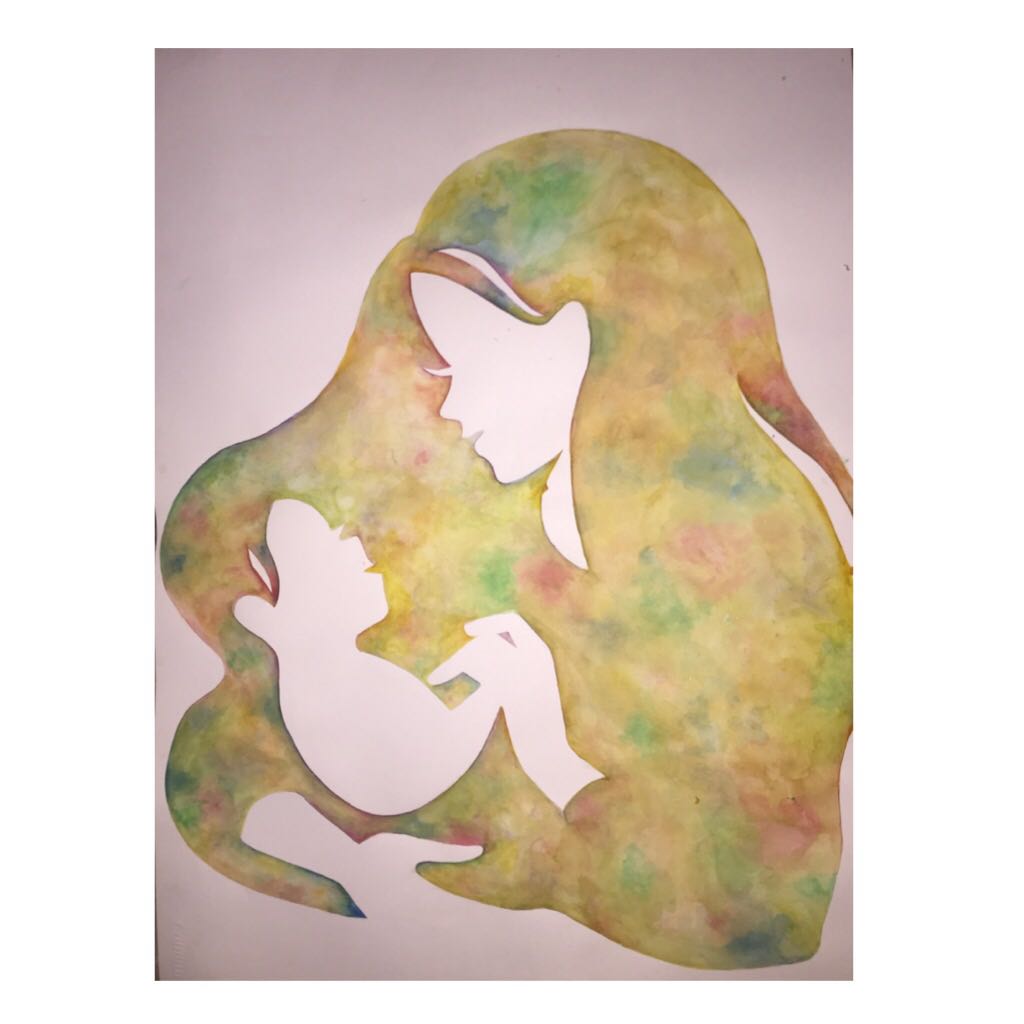 Perhaps best of all for the artists showing was the fact that collectors bought with alacrity with the evening closing with red sold dots beside the majority of pieces. 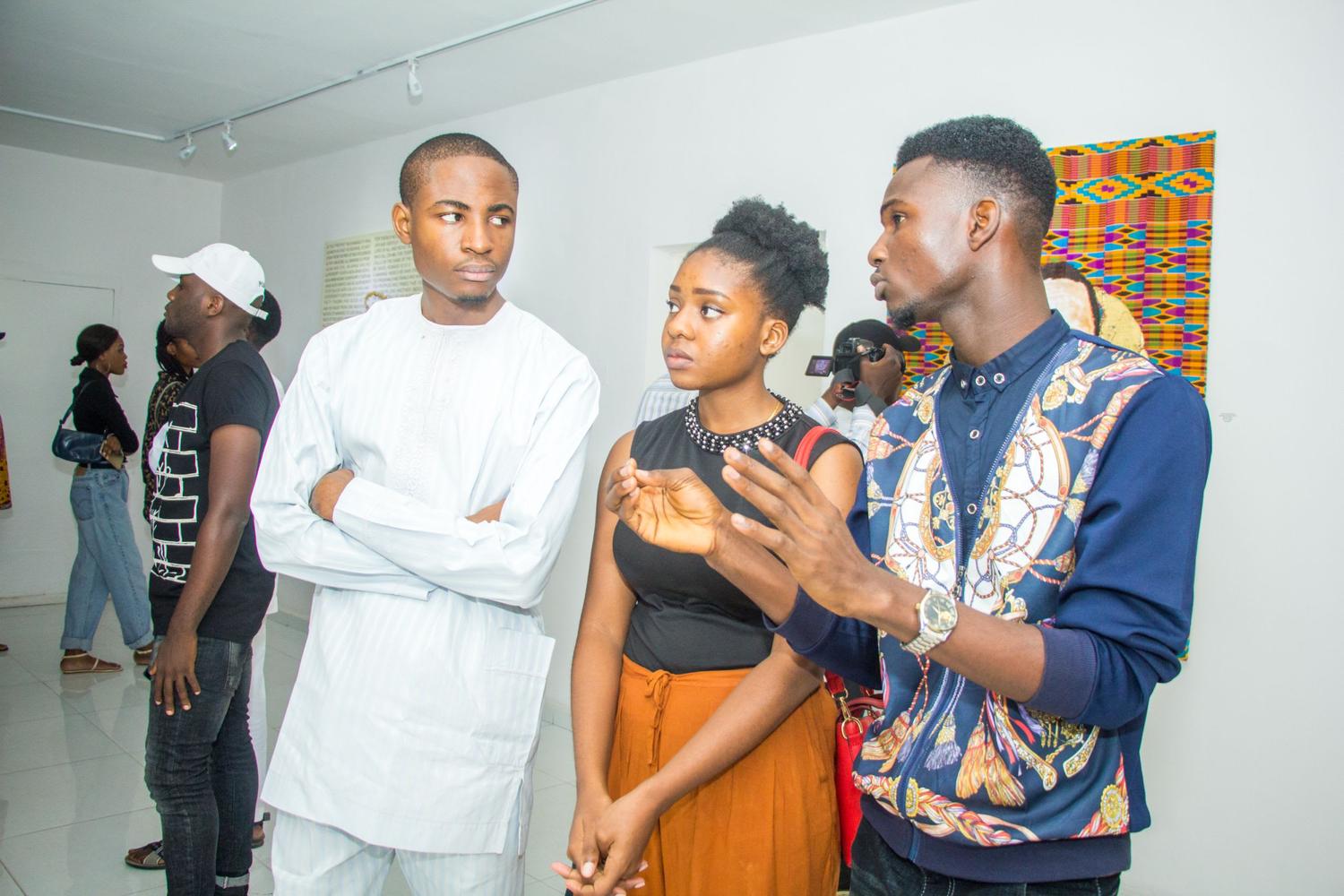 Beyond the commercial intent of the opening was a deeper ambition which Sonariwo remains steadfast to: expanding the influence of young artists and giving them both a platform for expression and also the training and capacity building tools to flourish in their chosen path. What once might have been considered a risky career path, is steadily proving itself to be a profitable one, particularly for artists such as those selected for the Young Contemporaries 2018,  who have a distinct and singular voice. 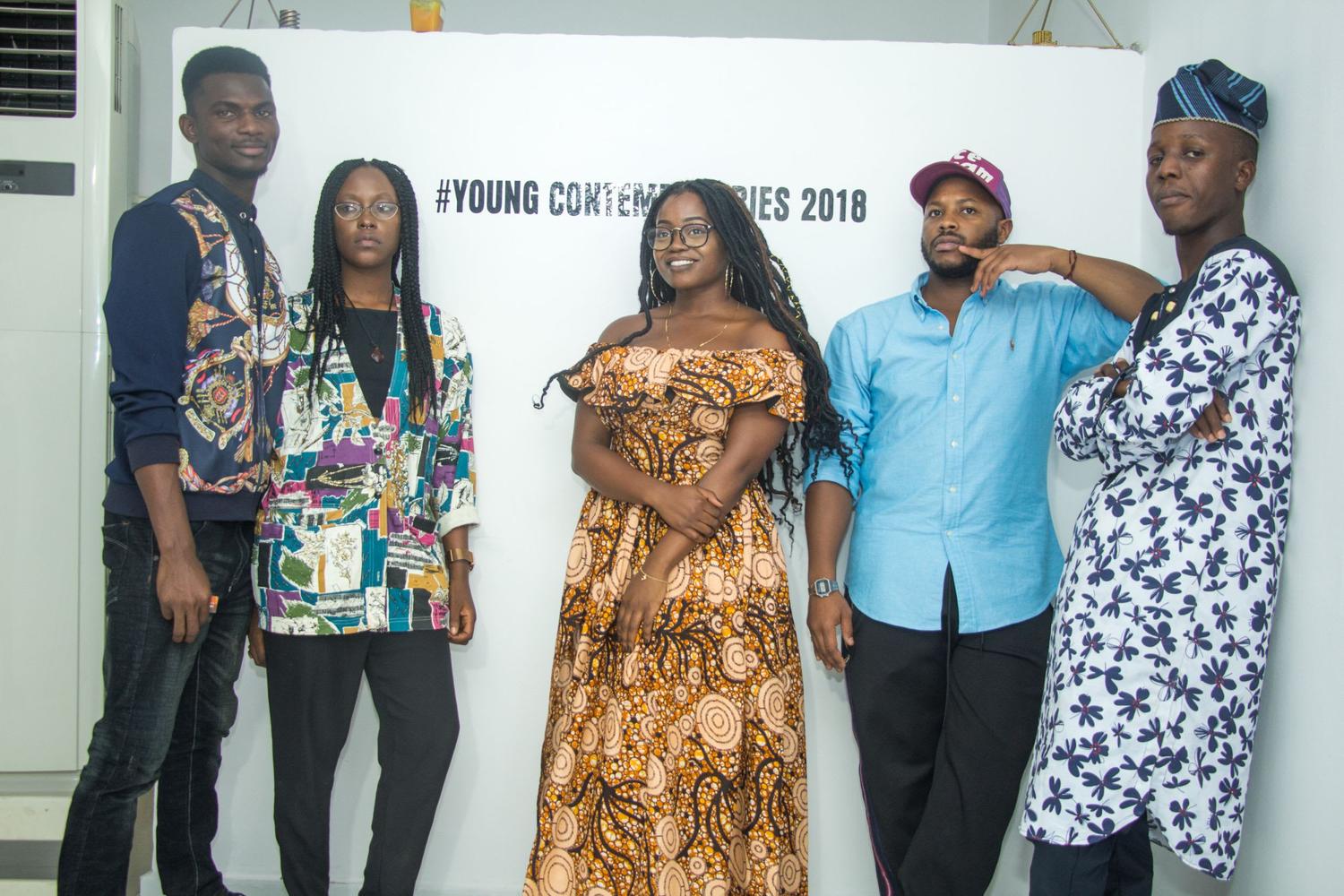 Now in it’s third showing the Young Contemporaries exhibition has become an essential part of the Lagos  Contemporary Art calendar, and with the talent on display it is easy to see why. The show is on until the end of the month and is a definite must-see.