Tomi Agape is #BlackGirlMagic Personified, Meet The Girl Behind The Music

I was first introduced to Tomi Agape by one of her debut songs – La La La featuring Poe and produced by Juls. The sexy song loosely interpolates dancehall with a Nigerian vibe, creating such a distinct sound that I knew immediately that this was just a glimpse of what’s to come for the 24-year-old artiste, and as she is gearing up to release her debut EP we expect to hear far more from her. Especially as she’s backed by rising music business maestro’s The Plug (The Plug is an entertainment management, music publishing and licensing company founded by Asa Asika & Bizzle Osikoya) .

She’s been on the scene for a relatively short time but has quickly racked up interesting collaborations, opened for huge African acts like Davido and strong newcomers like Mr Eazi.

A budding artist, Agape has lent her lilting, almost smokey voice to dark, sultry R&B style songs with a strong Caribbean flavour. “In the Night” the newest song (released in February and with a video release in the works) is incredible: the Spax -produced track is a liquid, dancehall infused jam punctuated by the mesmerising vocals of another promising Nigerian artiste – Nonso Amadi.

BellaNaijaStyle recently caught up with Tomi during an exclusive interview. She opened up about everything including her new single and the entrancing visuals behind “In the Night,” what inspires her, what fans can expect from her new projects including who she’s been working with, how fashion influences her, and she explains what goes into crafting the perfect image. Read on below.

I’m unapologetic with my style and with my music. I think that’s the way it should be. Where did you go to school?

I went to school in London, but I also schooled in the States for 4 years.

I have 4 siblings, three boys and one sister

On Her Collaborations to date

I’ve had the opportunity of working with the likes of Eugy, Poe, GB (a UK Afrobeats artist), Santi, Nonso Amadi and also some great producers such as Spax and Juls. There’s definitely more great features in the works!

I mean growing up I’ve always been the artistic child. I was always the one who wanted to perform whenever guests arrived. We grew up in a household filled with music. On Saturday mornings I would wake up to old school RnB/Jazz/Hip Hop. My dad also used to play a lot of Fela. Music was part of my being it was just part of who I knew I was and would always be. I studied Performing Arts in university and once I got that degree I knew it was time to face the music once and for all.

On her new projects

I’m planning on releasing a project sometime in the near future. I’m just working on perfecting my sound so I put out quality for my supporters

On her first big break

I still wouldn’t say I’ve had my “Big break” yet.. but something that definitely catapulted me into more lime light and also helped test my performance skills was opening up for Mr Eazi at his London concert in front of over 2,000 people.

On her latest release

I’ve actually just released a new single called “In The Night” featuring Nonso Amadi and produced by my ongoing producer Spax. I love the song and it came about so naturally.. the chemistry between myself and the beat was just magnetic and when I sent my verse and hook over to Nonso I think he felt the same.

Hmm I would say my biggest performance to date was the Davido show.. it was massive! I performed in the 02 Brixton in front of the biggest crowd I’ve ever performed to. I had a lot of fun and I felt so at home on the stage. What inspired me to get into music was the fact that it was a form of therapy for me. I felt comfort after writing out my feelings in a song.. I felt a form of relief. I also love making others feel something with my voice and lyrics.. it’s an amazing feeling. 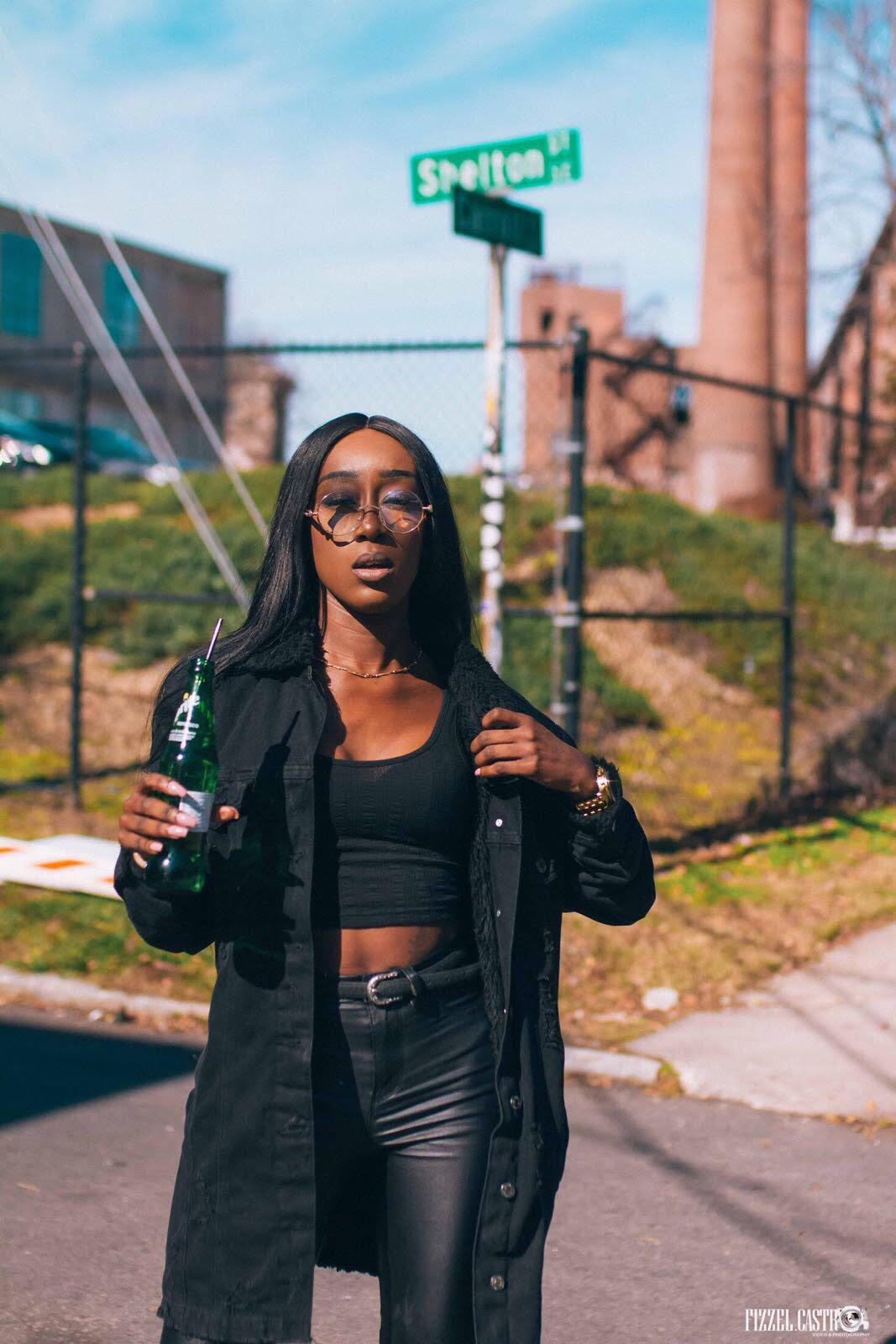 I was put on this Earth for a reason and I want to fulfil that purpose.

On her performance style

I would say my performance style is laid back but very well put together. Me and my dancer rehearse vigorously to get our routines down so that we can put on a good performance. Even when I don’t have dancers I still rehearse.. I want to get on stage and feel comfortable that I know how I’m going to work the crowd and stage.

On her offduty rituals

In my downtime I like to read, watch films, write and eat!

On her personal style

I wouldn’t say there is one word that best fits my personal style. I can go from super sexy one day to very chilled and laid back the next.. I love making bold statements on a night out, on stage or at important events. I want people to walk past and think “wow I love what she’s wearing”

On her style evolution

My style has definitely evolved when it comes to colour. I used to wear black all the time or very neutral colours, but nowadays I incorporate a lot more colour and texture into my style.

On how her image inspires her music and vice versa

My image and style are all in one. I feel they both complement each other in the sense that my image is sexy and bold and so is my music. I’m unapologetic with my style and with my music. I think that’s the way it should be.

You have a new video coming out, can you give us a sneak peek stylewise?

My new video is very sultry yet classy. The styling of this video was really well done. It mixes colours with shadows and darker shades and honestly embodies the vibe of the song so perfectly! 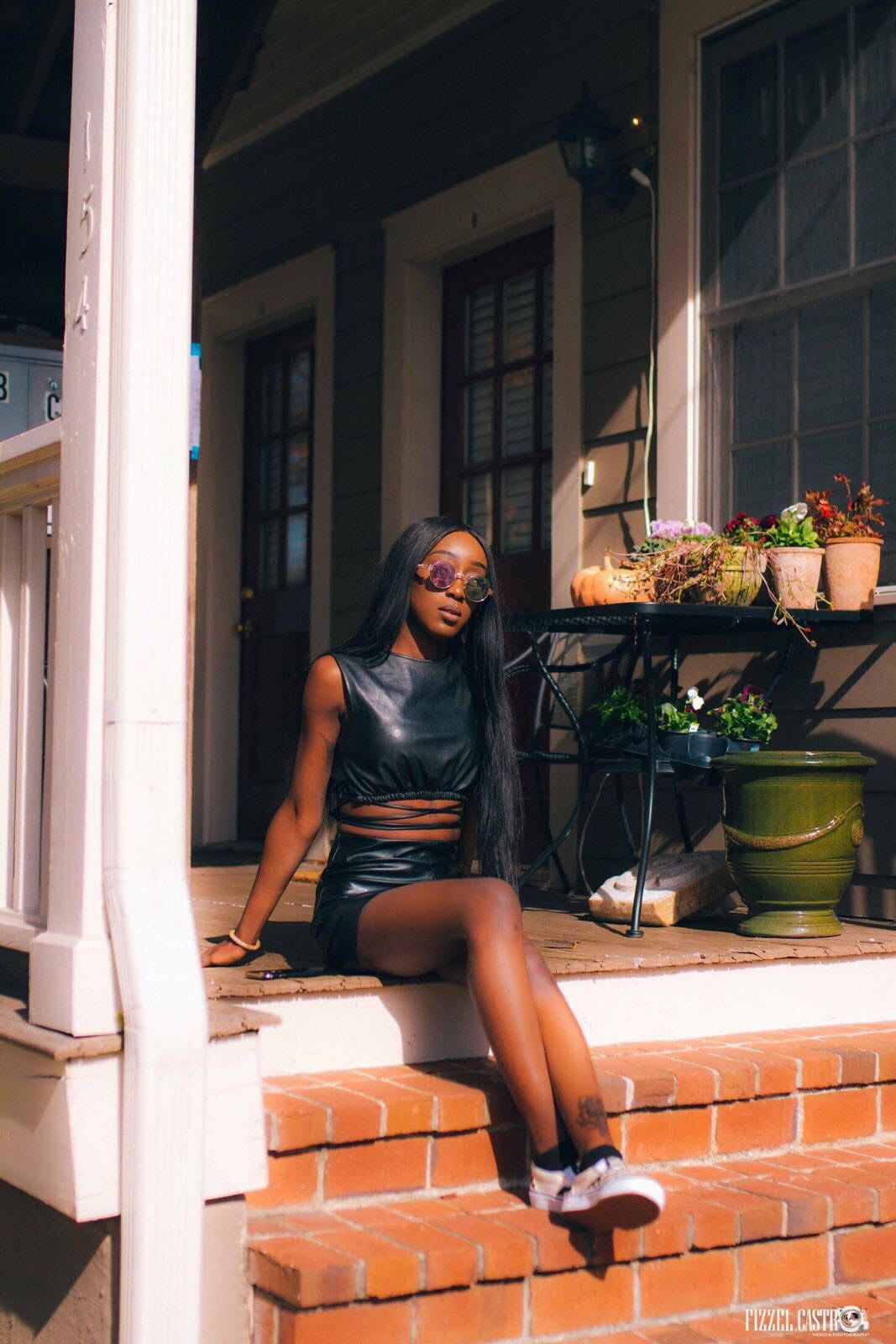 What inspires you & your music?

I want to be successful! I want to have an empire and leave a legacy. I was put on this Earth for a reason and I want to fulfil that purpose.

Where can we listen to/buy your music?

My music is out everywhere on all major streaming platforms, all you have to do is type in Tomi Agape!

Follow the rest of the series here: The Cutting Edge