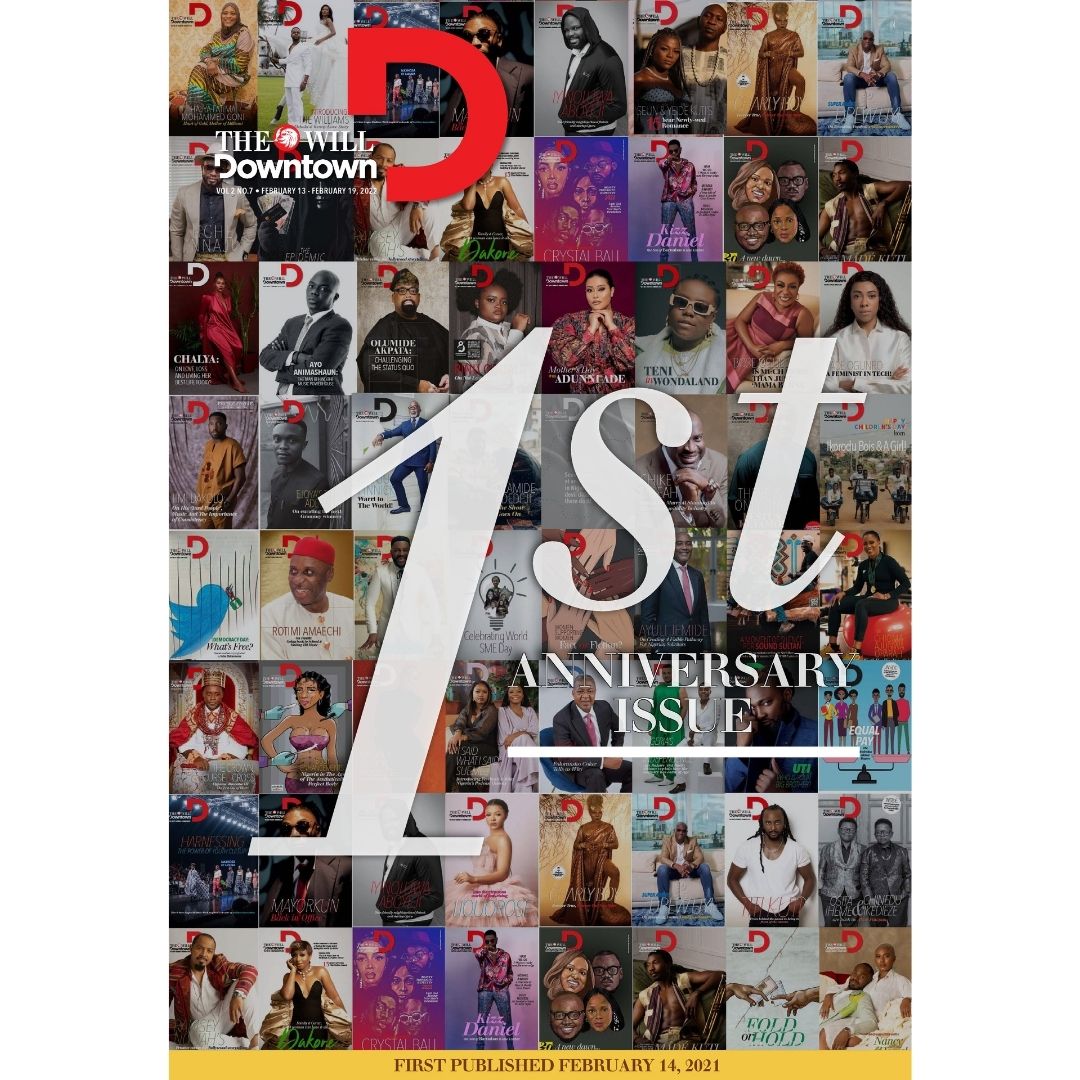 Congratulations are in order as TheWill DownTown magazine marks its first anniversary. A year in operation might seem like a short time in any other sector. However, the information and media sector in Nigeria is an exception. With a plethora of top personalities on the cover and super engaging content, little wonder why the publication has achieved success.

According to the Editor Onah Lucia Nwachukwu:

Working on this week’s issue made me think of my very first day at THEWILL DOWNTOWN. You see, I had been offered a position, but turned it down because as far as I was concerned, it was a demotion from my previous job as Editor-In-Chief, not just of the fashion magazine alone, but also of the publishing house that housed four magazines.

After long conversations with family and senior friends in management, I decided to take the job as Beauty Editor on the condition that I would not be part of the daily activities; I would simply turn in one page a week and nothing more. I guess my experience couldn’t hide for long because the next thing I knew, I was looking through pieces sent in, and then, later invited by the publisher to be part of the production process; the stage of making a magazine that generally puts a smile on my face.

Then there was an opening for the position of Editor and while I thought someone else had been hired for the job, I got a call from the publisher informing me that I was now the Editor of the magazine and called a meeting. There, he mentioned that I was now the Substantive Editor -thank you, publisher, for trusting my work.

And so my journey continued, but now as Editor of DOWNTOWN. One year on with the magazine, and I can’t say how grateful and blessed I feel to be working with such a great team; from the writers to photographers, graphics designers to contributors, makeup artists, and makeup companies, designers, and one or two stylists.

I’d mention all your names but I don’t have the luxury of space (please see page 4, I hope I didn’t leave anyone out).  I have also had immense encouragement from family and friends, and some readers have cheered on too. For your support guys, I say: Thank you to you all. Happy First Anniversary to The DOWNTOWN Team! Until next week, enjoy your read.

This anniversary edition features its past cover personalities, A Symbol Of Love on the Beauty page, Dinner and Cocktails and Clothes Oh My! on the Style page and much more. 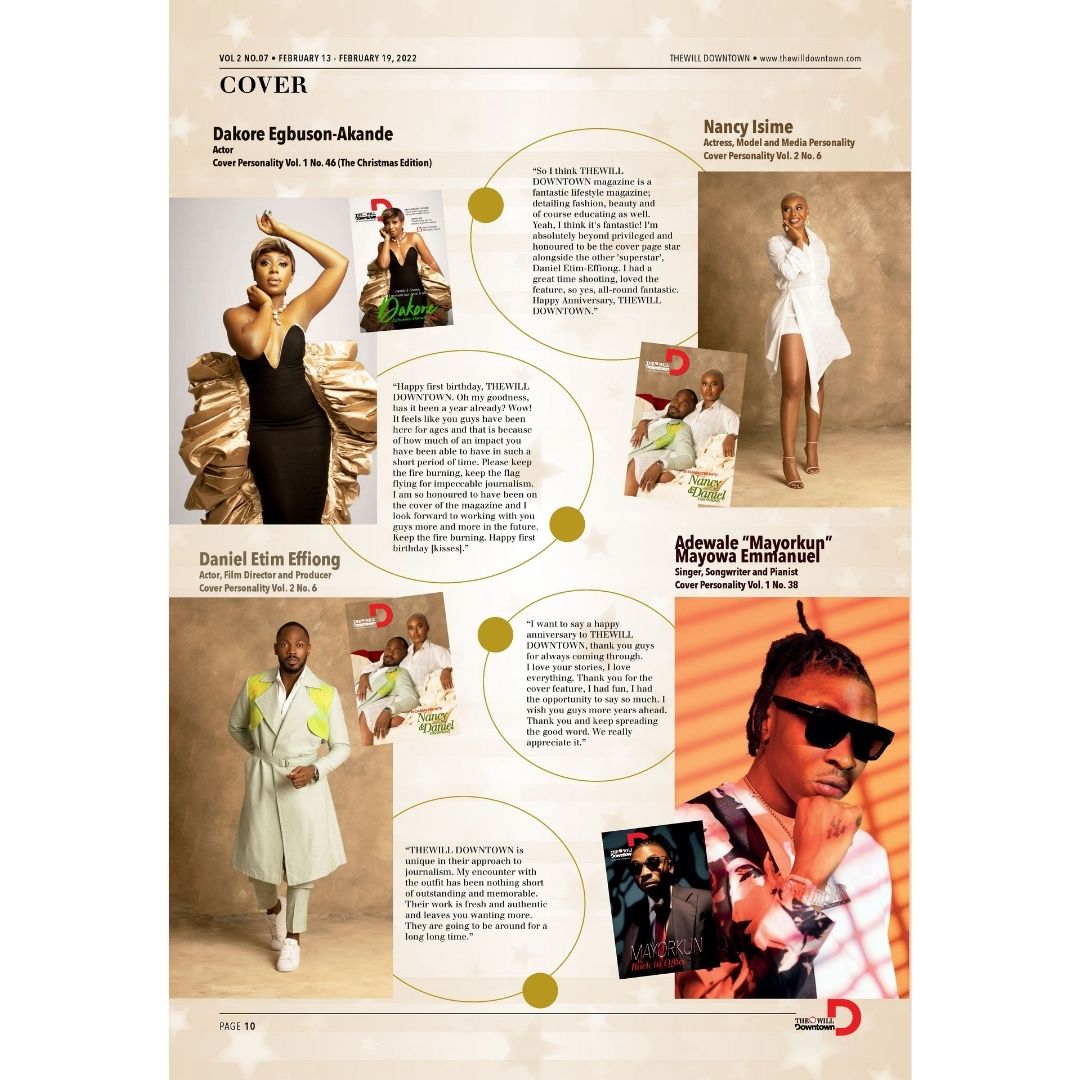 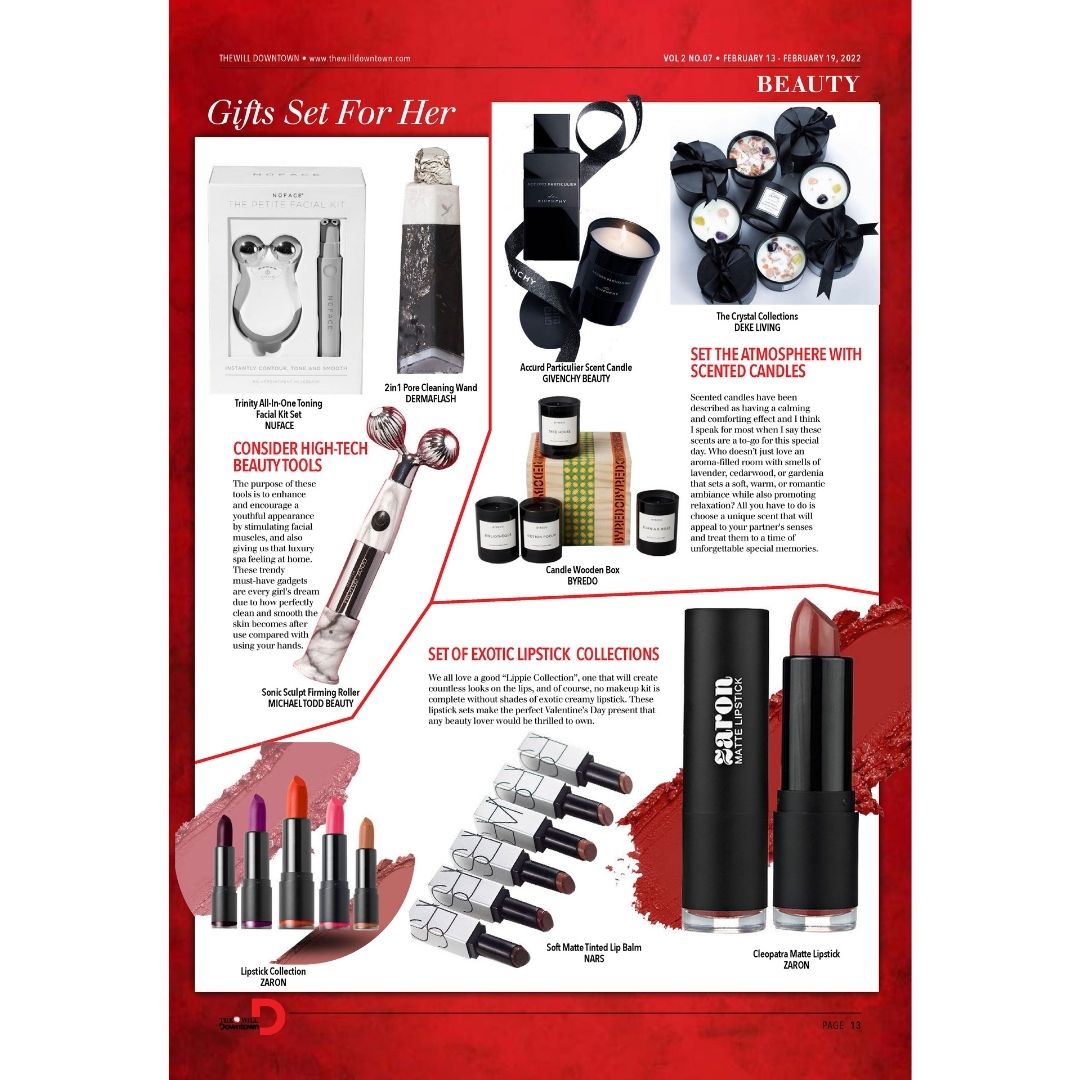 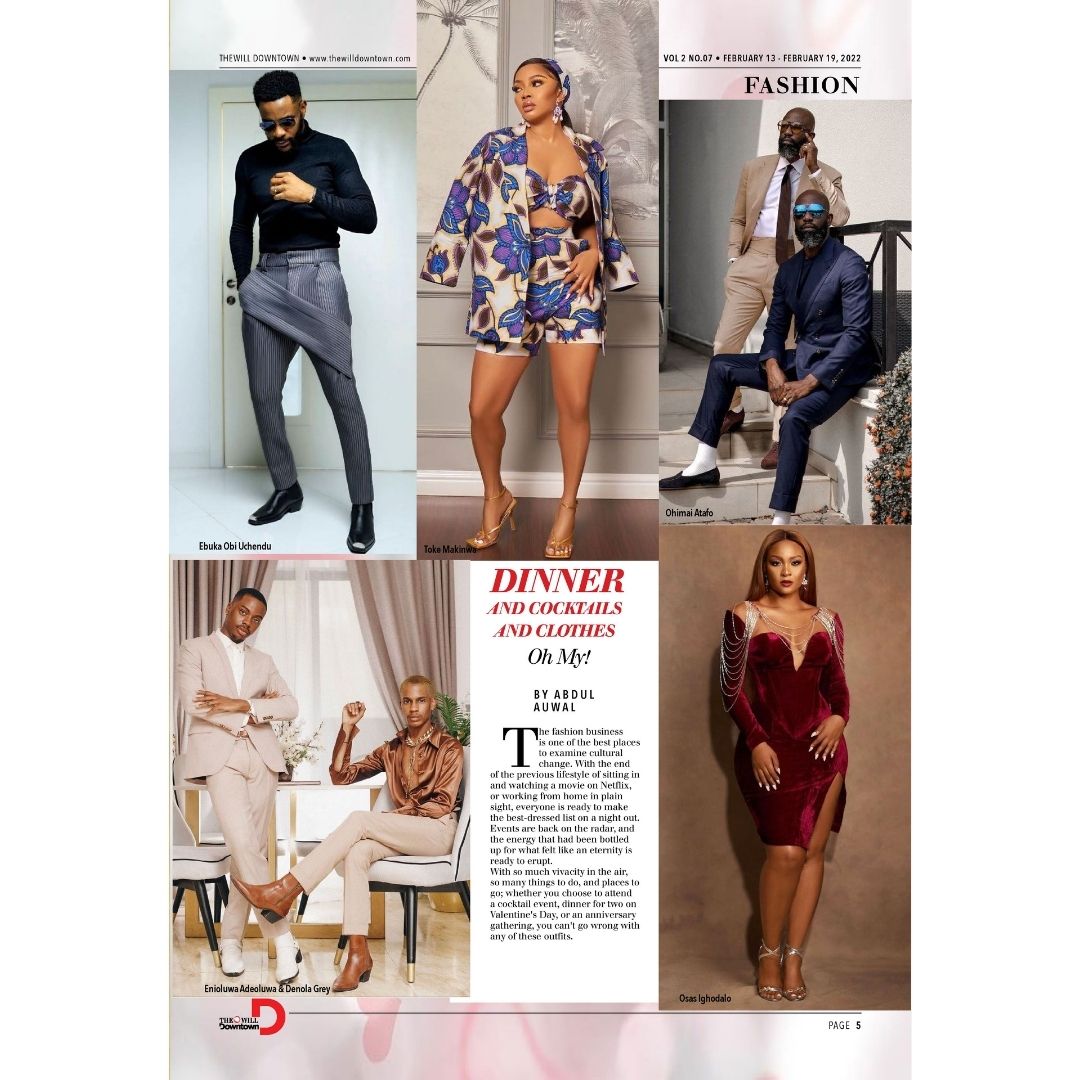 Click here for this issue on TheWill Downtown Magazine.