As predicted, professional tennis player Serena Williams kicked off the season at the  2018 U.S. Open Championship on a stylish note. It was announced earlier in the month that Ghanaian Louis Vuitton creative director and Off-White chief executive Virgil Abloh designed her new kit for an exclusive Nike x Off-White collaboration. 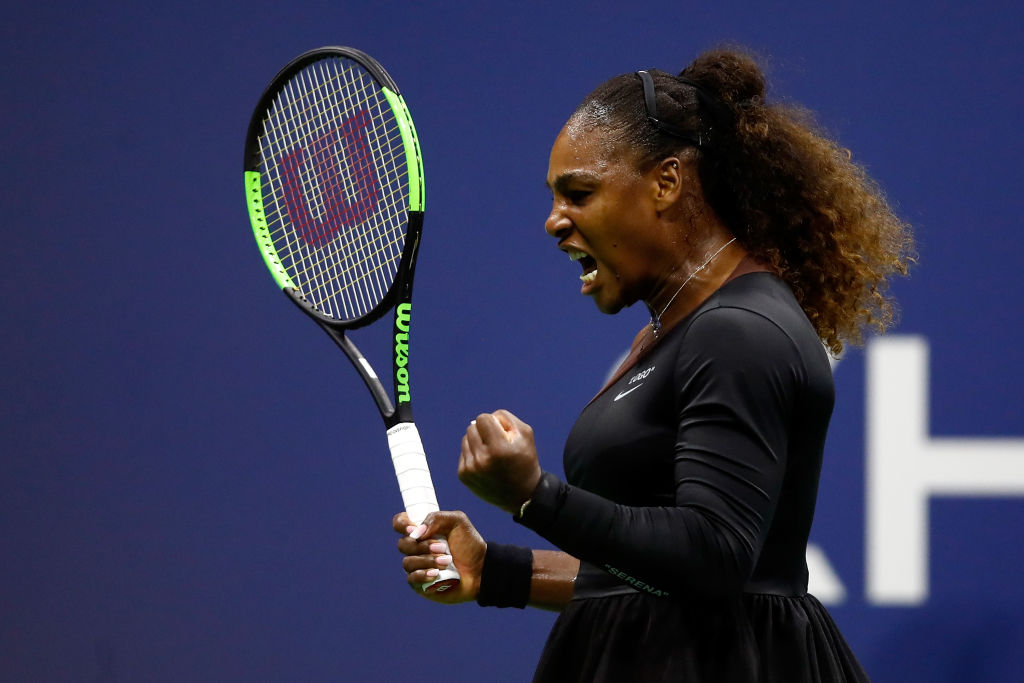 Back for her first match after two years, the champ strolled into the stadium with her game face on in a head-turning bomber jacket and a matching sports bag. 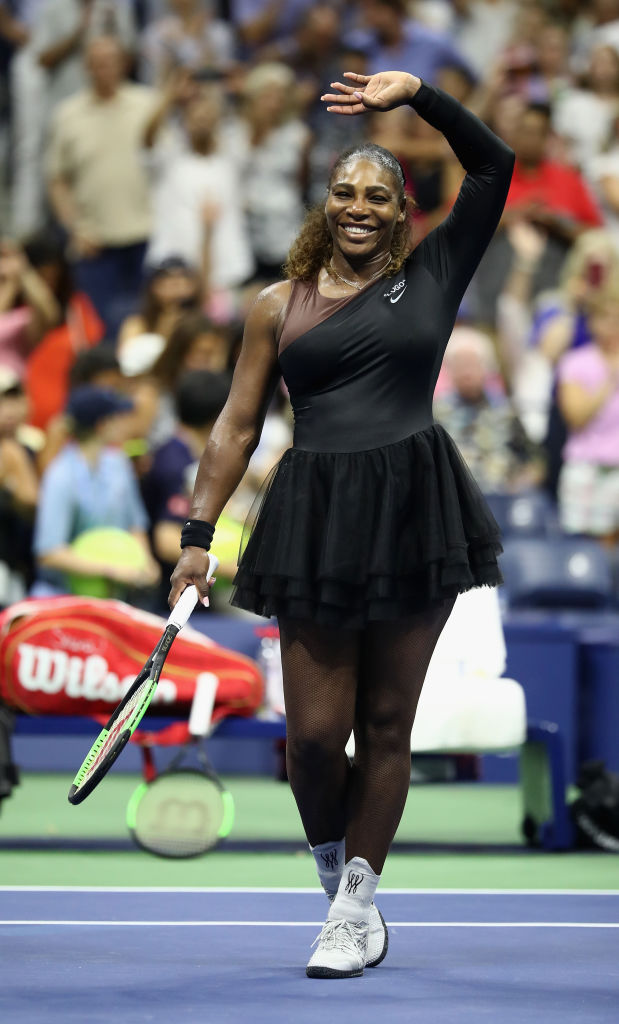 Once on the court, she wore a one-shoulder dress with a tutu-inspired tulle skirt, paired with fishnet stockings with socks over them that had her initials “SW” embroidered on them. She finished the look with sparkly trainers that all featured Off-White’s signature “LOGO” quotation and a personalized “SERENA” quotation too.

Virgil who was sitting in Willaims’ box with her team, posted a photo of her in action with the caption: “willing to design dresses for her for life.”

willing to design dresses for her for life.

For Wednesday night’s second round of the U.S. Open, Serena strolled into the Billie Jean King National Tennis Center in N.Y.C., Williams, wearing the same cropped jacket over a pretty tutu dress with a Nike bag with “AKA QUEEN” inscribed on it. 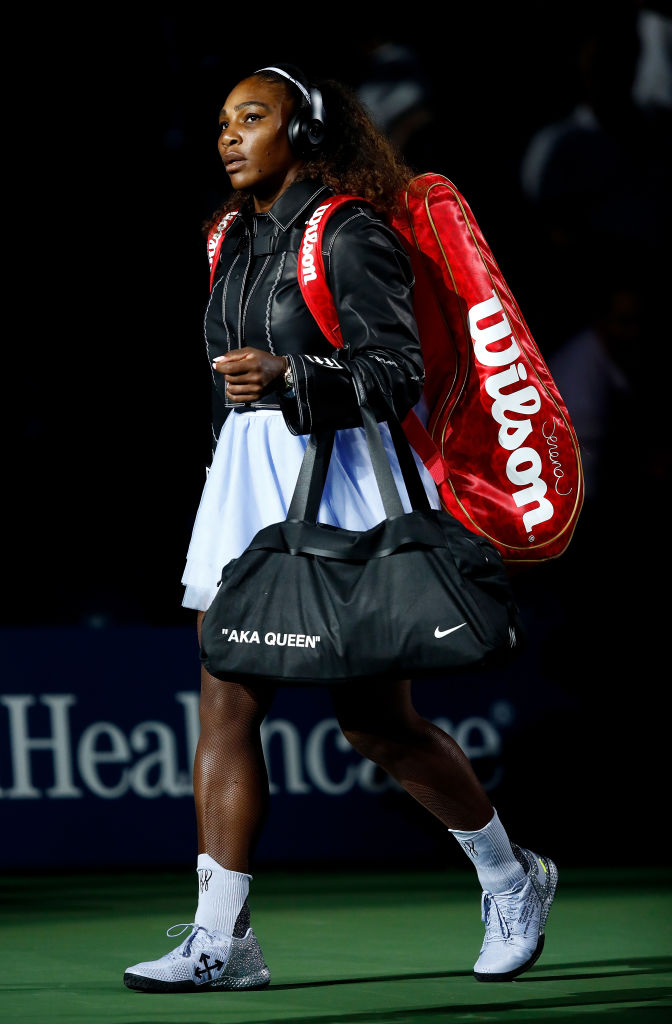 The winning look against German pro Carina Witthöft was a one-sleeve figure-hugging dress designed with a tulle tutu-like skirt, and like the first outfit, was made in partnership with Nike and Abloh. 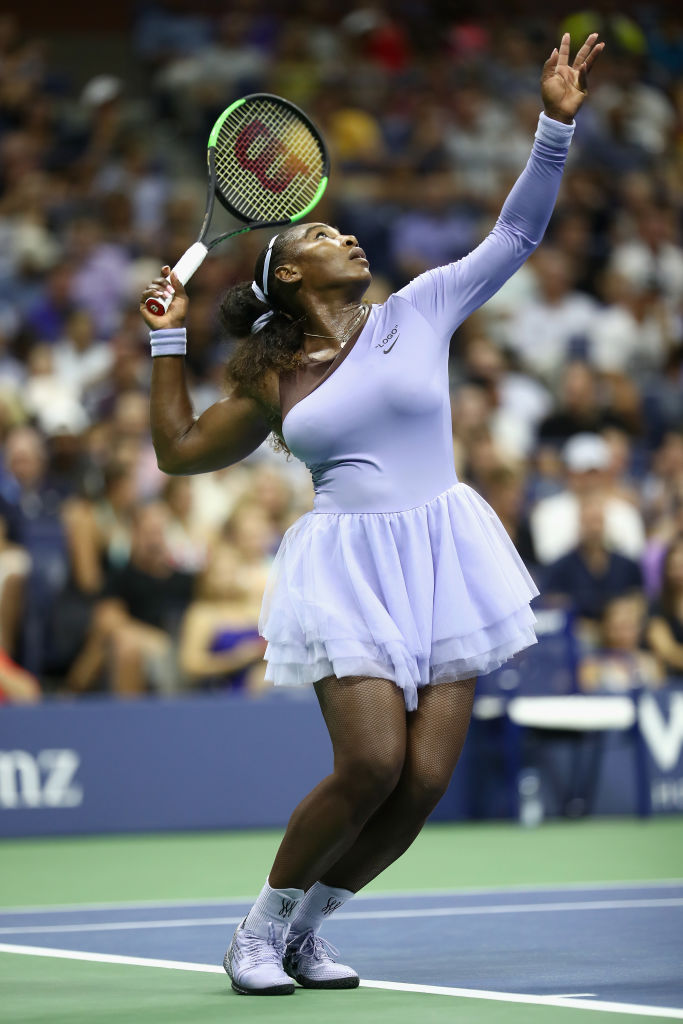 She accessorized the Abloh-designed one-armed tutu-style dress with another pair of sparkly embroidered sneakers. 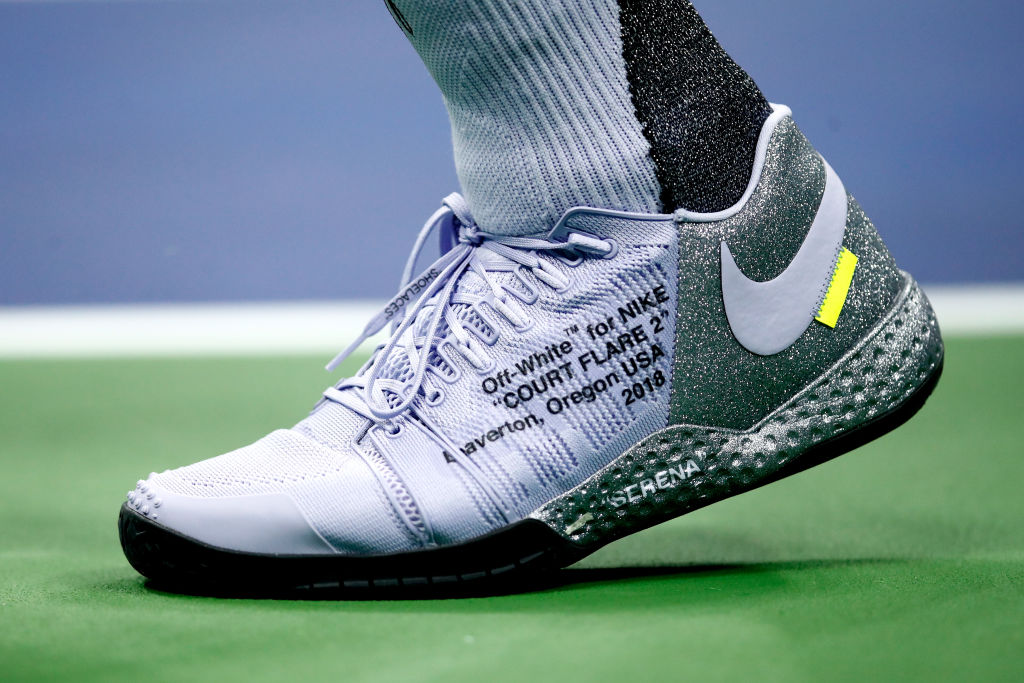 All looks worn so far are from The Queen Collection inspired by Williams’ love of dance. A few limited edition pieces are now available at select Nike locations in the US.

The Cool Kids of Print Party at VliscoandCo X Lagos