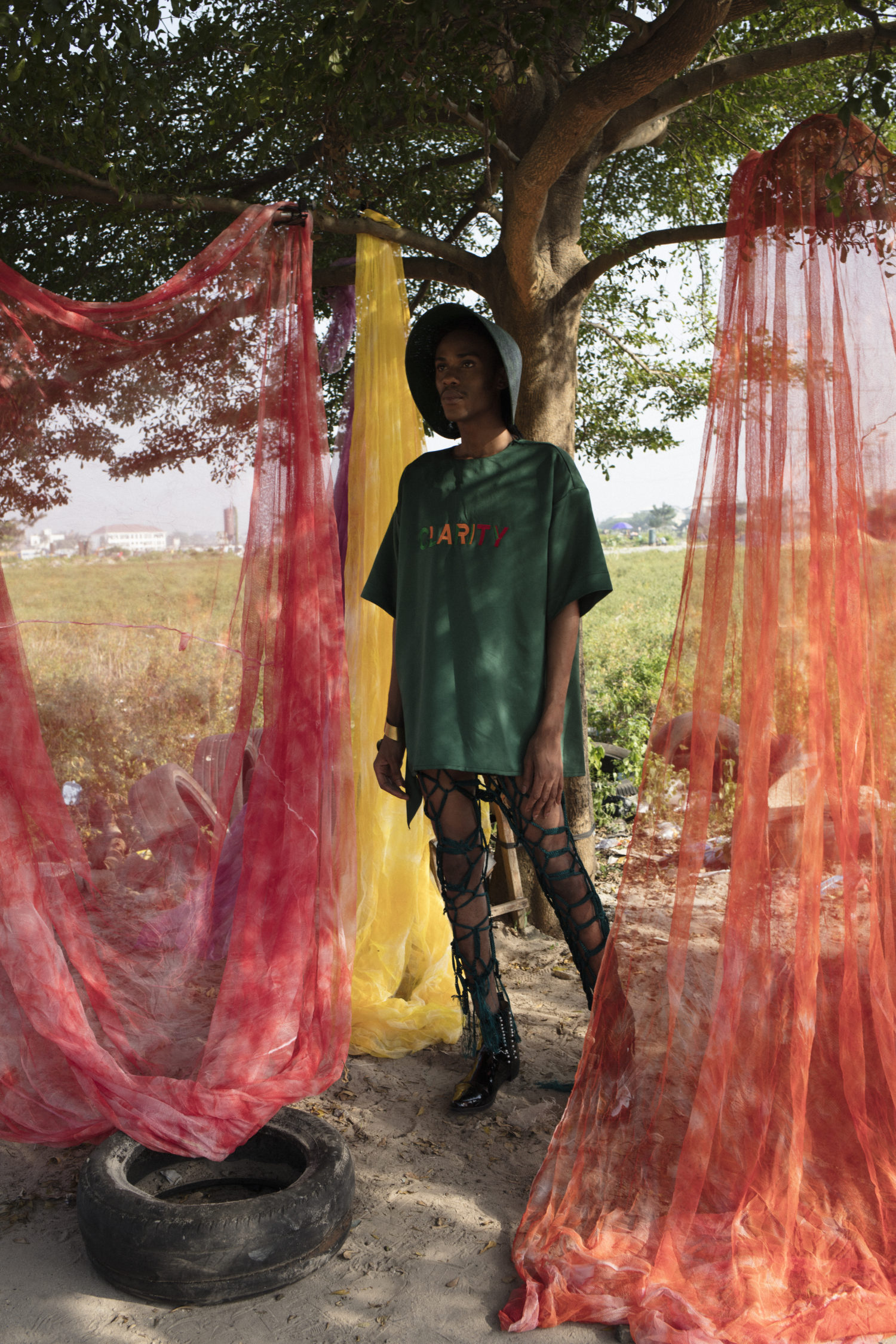 According to a statement from the brand:

For our look book, we play with the technique of organically dyed mosquito nets, set in the sun to dry and fully bring out a rich burst of colours. This technique is popularly done in the Northern parts of Nigeria to ward off mosquitoes and other insects. We use it in our SS19 look book as a protective tent for our world; a world where you can be without the fear of antagonisation. Amidst all the chaos , within our nets we have found a way to protect our peace in self and to be the same in the sun and in the moonlight. 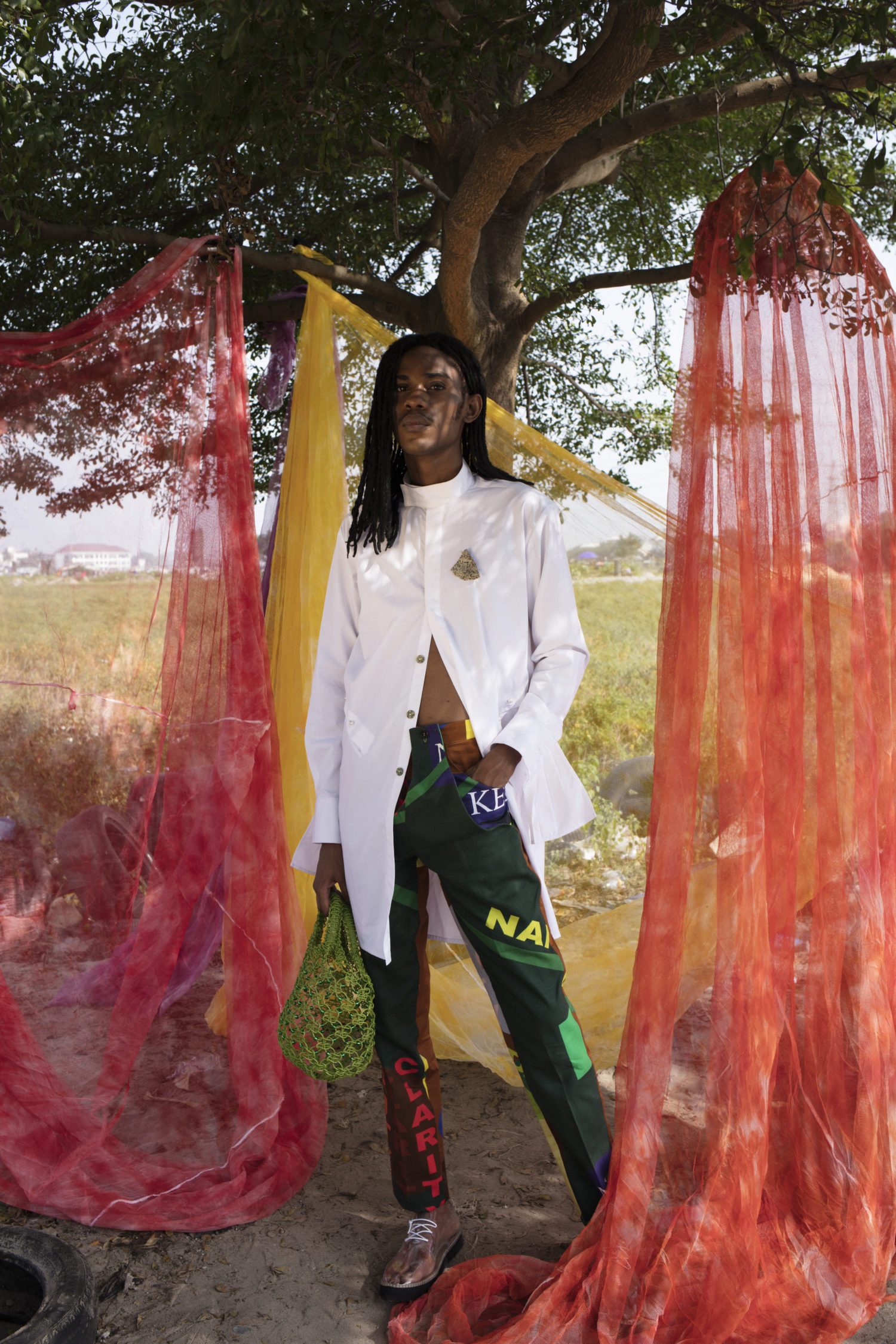 The core rationalisation behind the collection addresses the dichotomy between our private and public selves as well as the pressure culture puts on the individual within the larger context of society. Adebayo Oke-Lawal says:

We use our Spring/Summer 2019 to explore the fight for identity in a world where ideologies and stereotypes are constantly pushing against one’s ability to fully bloom. Most societies have coerced people into managing two personalities: one in the daylight, one at nighttime. Even as many things continue to evolve in Africa; even as art and how we engage with it is broadening and strengthening beyond the continent, the freedom to be a fully developed, complex individual and to express the dynamics of such complexities, still comes at a cost. This freedom exists though, and Orange Culture’s SS19 collection is just a celebration of it as it is of the people who persevere; the people who give their voices and art and passion and soul in order that other people could be recognised first as humans, before any other identity that might undervalue or compromise their humanity. The Orange Culture warriors through this collection are clad in colour rioting and prints inspired by the chaos that eclipses the state of confusion in today’s societies. The collection, with its cuts , shapes and fabrication, is intended to push a conversation on the concept of normality and how often times, this is an idea measured without nuances. The collection highlights the present as a time charged with varying degrees of threats, and the Orange Culture warriors are the ones constantly on the war front, using whatever they hold in their hands, whatever they have, to defend the dignity of humanity and reaffirm that everyone deserves the freedom to bloom and be their own selves even while being part of a society. 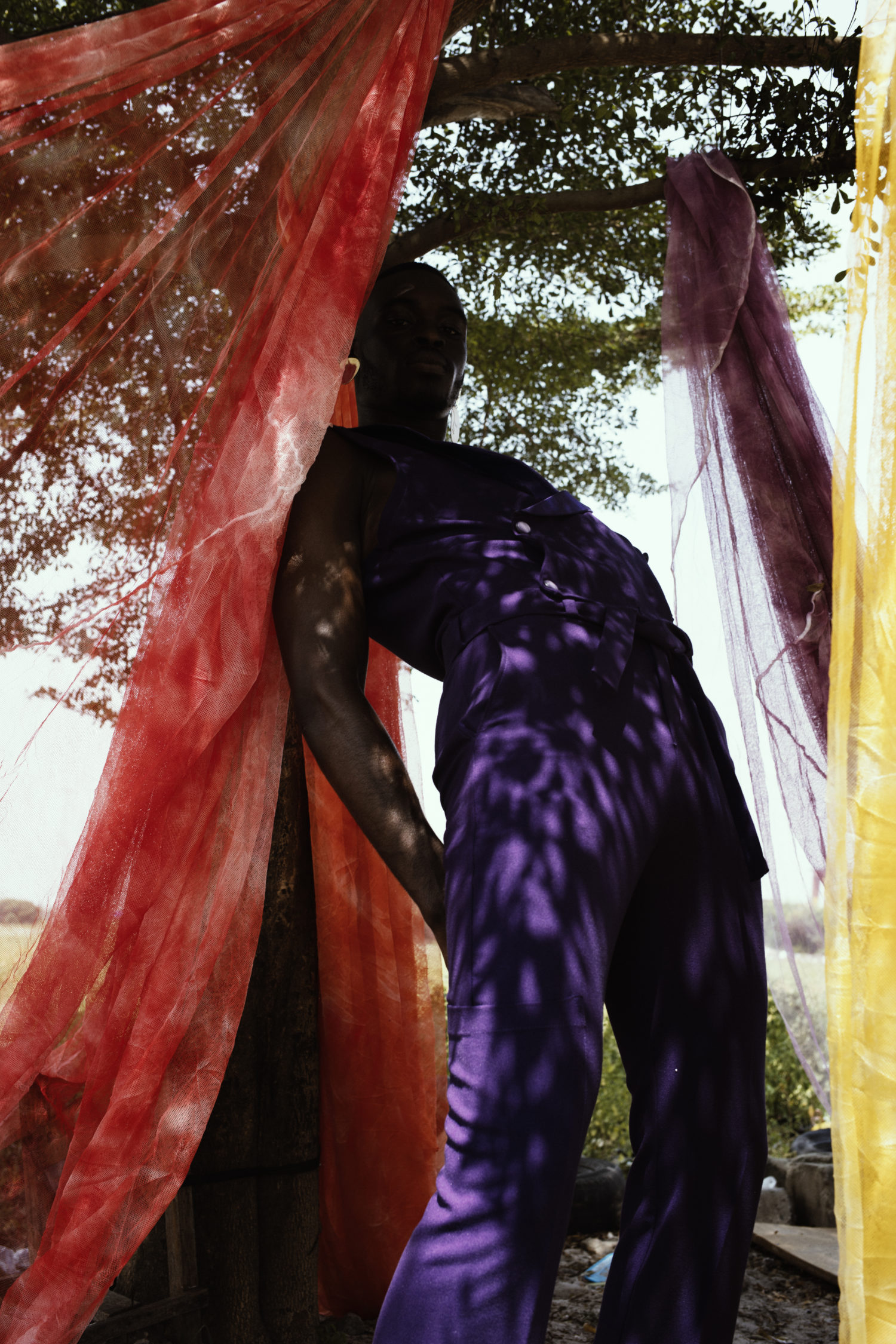