The countdown to the eighth edition of Africa’s most prestigious awards event, the Africa Magic Viewers’ Choice Awards (AMVCAs) is officially on.

For this edition, Africa Magic in association with MultiChoice is placing a spotlight on authentic African fashion in acknowledgement of the pivotal role of fashion in the growth of the African film and TV Industry. The first-ever AMVCA Runway Show, sponsored by PEPSI and Lush Hair, will hold Sunday, 8 May, as part of the lineup of the eight-day festivities for the 8th edition of the awards. 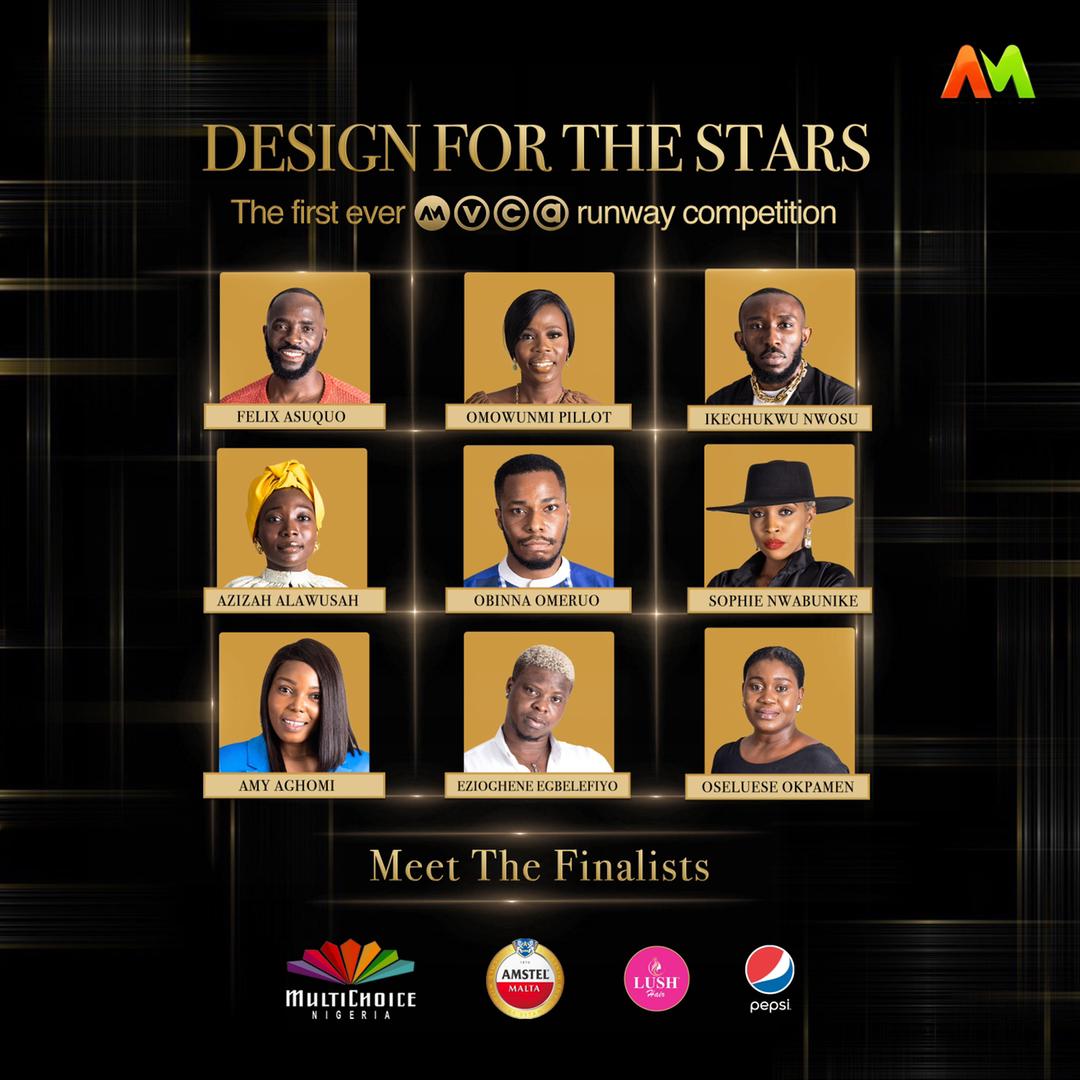 A major part of the show will be a showcase by budding designers in the ‘Design For The Stars’ competition. The participating designers have been narrowed down to the top nine and are currently being coached by some of Nigeria’s established and leading designers: Mai Atafo, Lanre Da-Silva Ajayi and Adebayo Oke-Lawal.

The winner of the competition will be voted for on the night of the event, but first, here’s what you need to know about the top nine finalists: 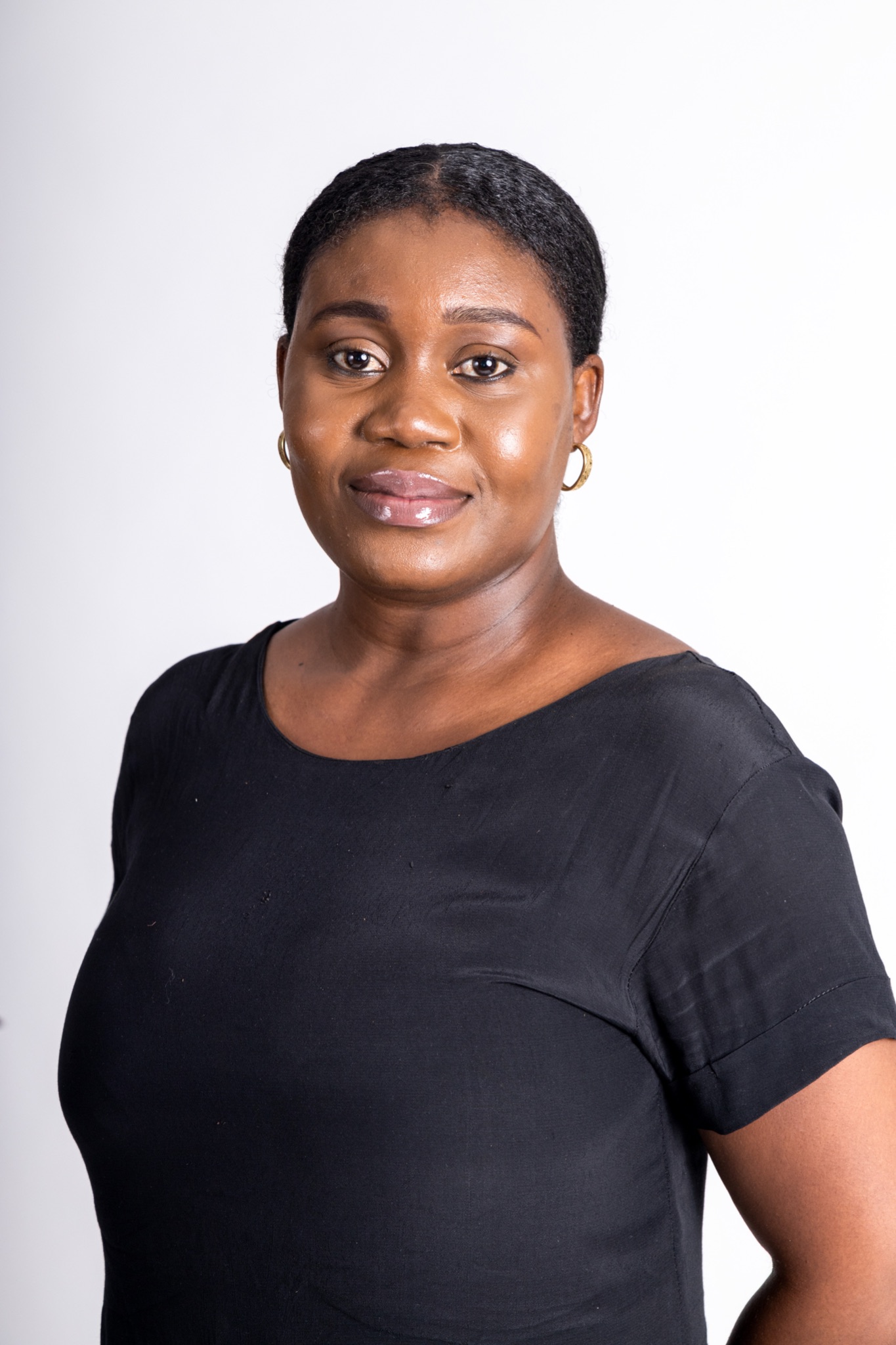 Oseluese Okpamen is a designer and the founder of Hollerose, a female clothing brand situated in Victoria Island, Lagos. Right after school in 2012, a young Oseluese with very little experience in fashion started playing with some designs. It however offered her the opportunity to try her hands on virtually everything, from bridal to bespoke to ready to wear. Her clothing collection includes AISE pants, Ameena, Basket woven jacket and the Bibiana dress.

Her keen eye for designs which resonate with women of all walks of life with an interest in looking good has made the Hollerose clothing brand to be featured in some international publications like Harper’s Bazaar and Vogue, as well as local publications like Bella Naija, Today’s Women and many others. Oseluese is motivated by the desire to tell the African story through her creative designs. 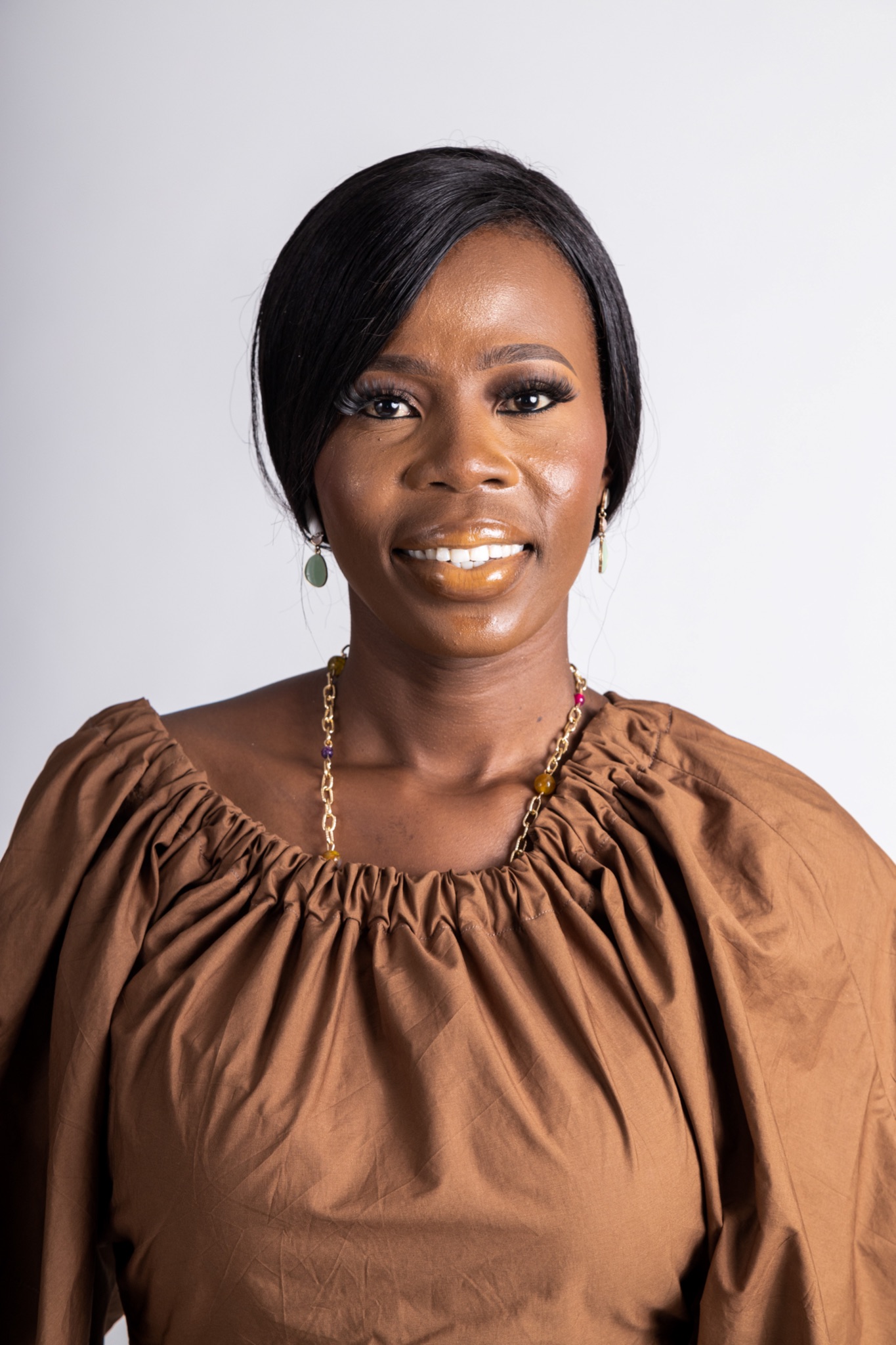 Her story, however, has not all been a bed of roses. A lover of fashion herself, Omowunmi has always had a keen interest in style and fabric. Her label, Mofari helped launch Omowunmi into the fashion industry.

With growth and success, however, comes challenges too, and Omowunmi soon found out. For a long time, she struggled with staff who stole and raided her stores. This put a dent in her progress as she had to make a very painful decision: She took a break from her fashion career. In 2020, Omowunmi reopened Mofari and opened a bridal line. Since then, she has grown and has been more intentional about her designs. 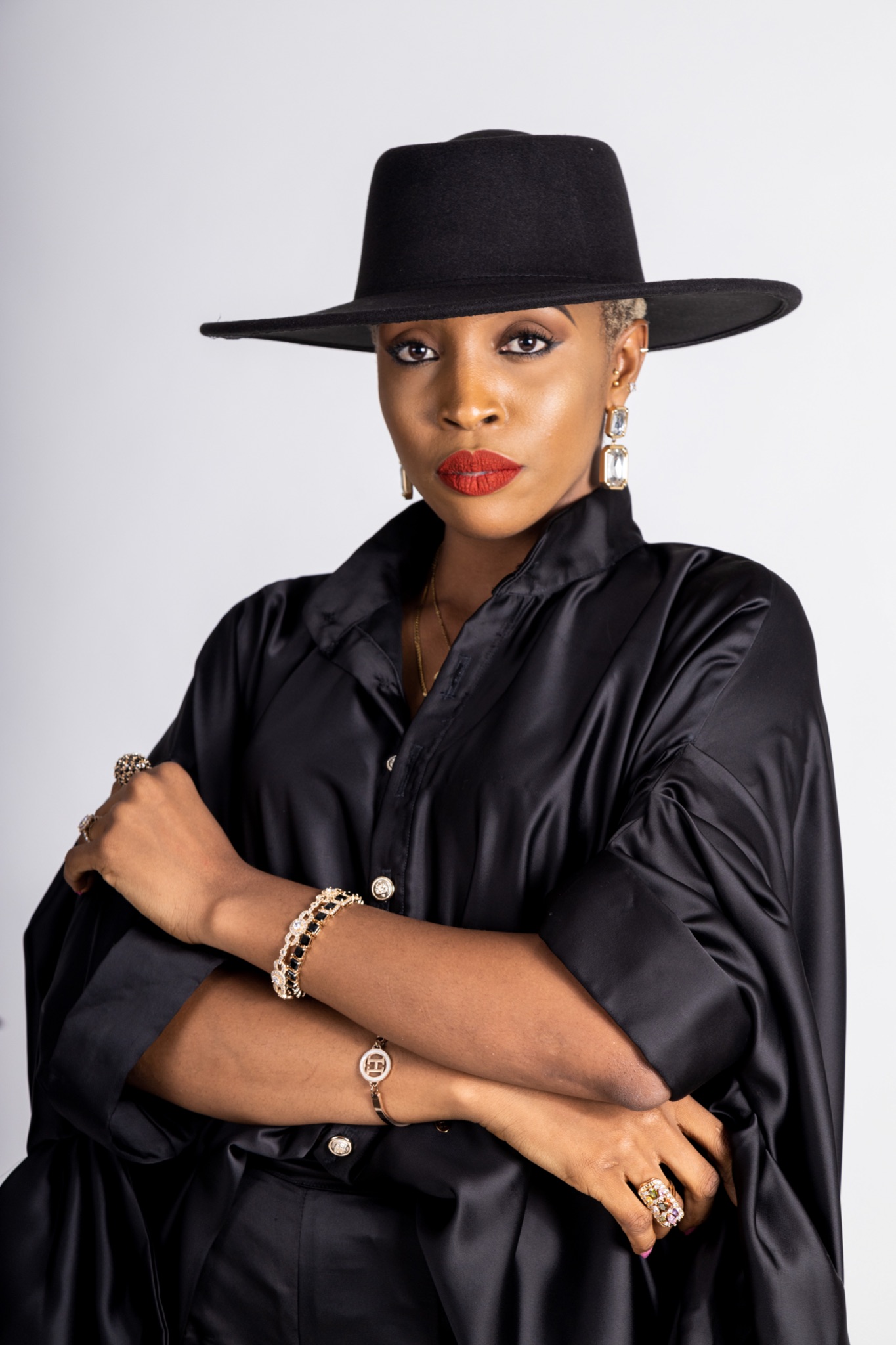 Sometimes, it is important to make daring moves, especially if it is related to what one believes in. This is exactly what Sophie Chamberlain is doing with Pherla Nuba.

The young designer has been fascinated by sketches for a long time and it was the sustained interest that eventually gave rise to Pherla Nuba, which she nurtured while at the University of Nigeria, Nsukka. Since 2019, Sophie has been putting in the effort to grow her own fashion house. The task has been daunting, but she has continued to better her creative enterprise by using fashion as an outlet to express herself.

Sophie does not have a role model. For a young designer, this might be considered proud. In her own case, she has designers she admires but is more focused on creating her own unique brand. 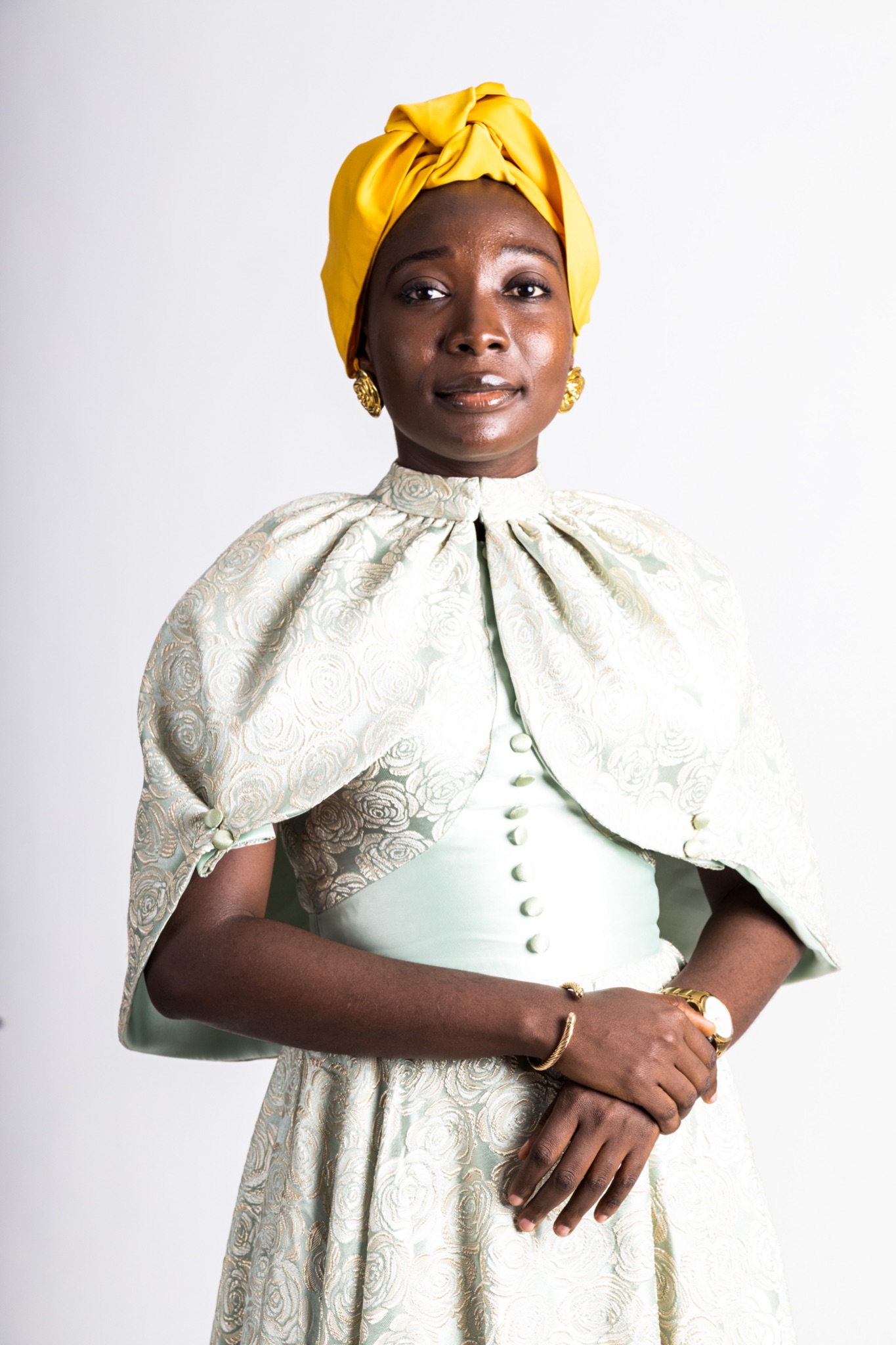 Azeezat Alawusa, who owns the clothing brand, Olabisi O’dunne, ventured into fashion designing for fun in 2014 while in university but got into it fully after she graduated and couldn’t find a job. It soon turned into a passion that shaped her career.

The designer, known for focusing on vintage and modest outfits, has worked with celebrities like Lota Chukwu, Mory Coco, Jemima Osunde, and Tomike Adeoye whilst infusing her core values in her creations.

Aside from her designs’ vintage and modest side, her brand stands out for its unconventionality. Her designs range from bridal to Asoebi styles and are always uniquely patterned. 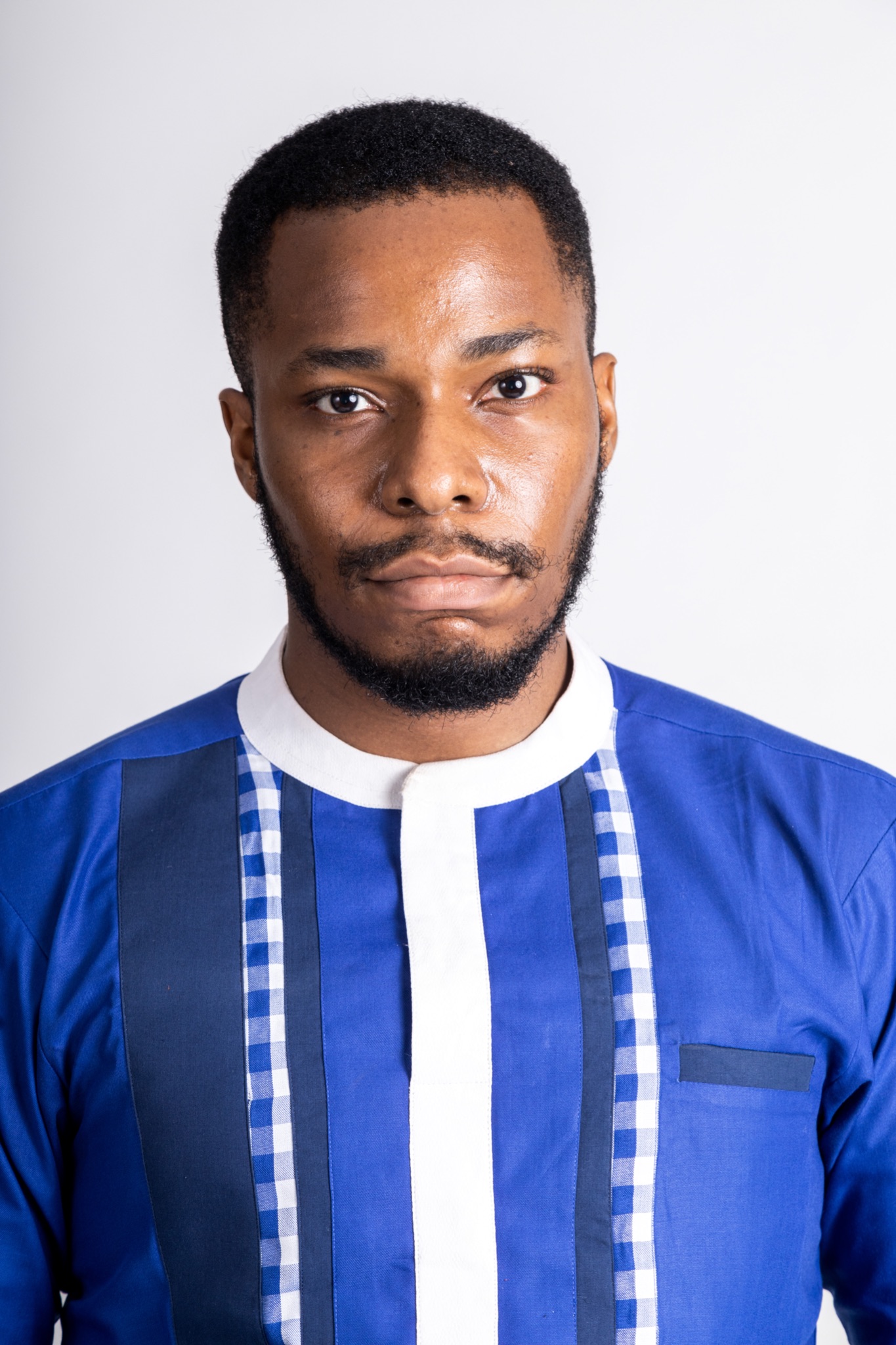 For Obinna Omeruo, fashion is inborn. Coming from a family who loves fashion and style, it was not long before he began to pick up bits and pieces of the details. Like other fashion lovers, Obinna is quite different, because his love for fashion is all-encompassing.

This love is what has driven Obinna to become a fashion illustrator, a fashion tutor, a fashion designer and a stylist. Inspired by the need to tell a story through men’s fashion in Nigeria, his brand Omeruo, which is his surname, was born in 2016.

Not limiting himself to fashion illustrations, he has also worked his way around the fashion industry styling celebrities, doing content creation for brands as well as himself and dabbling in runway production. 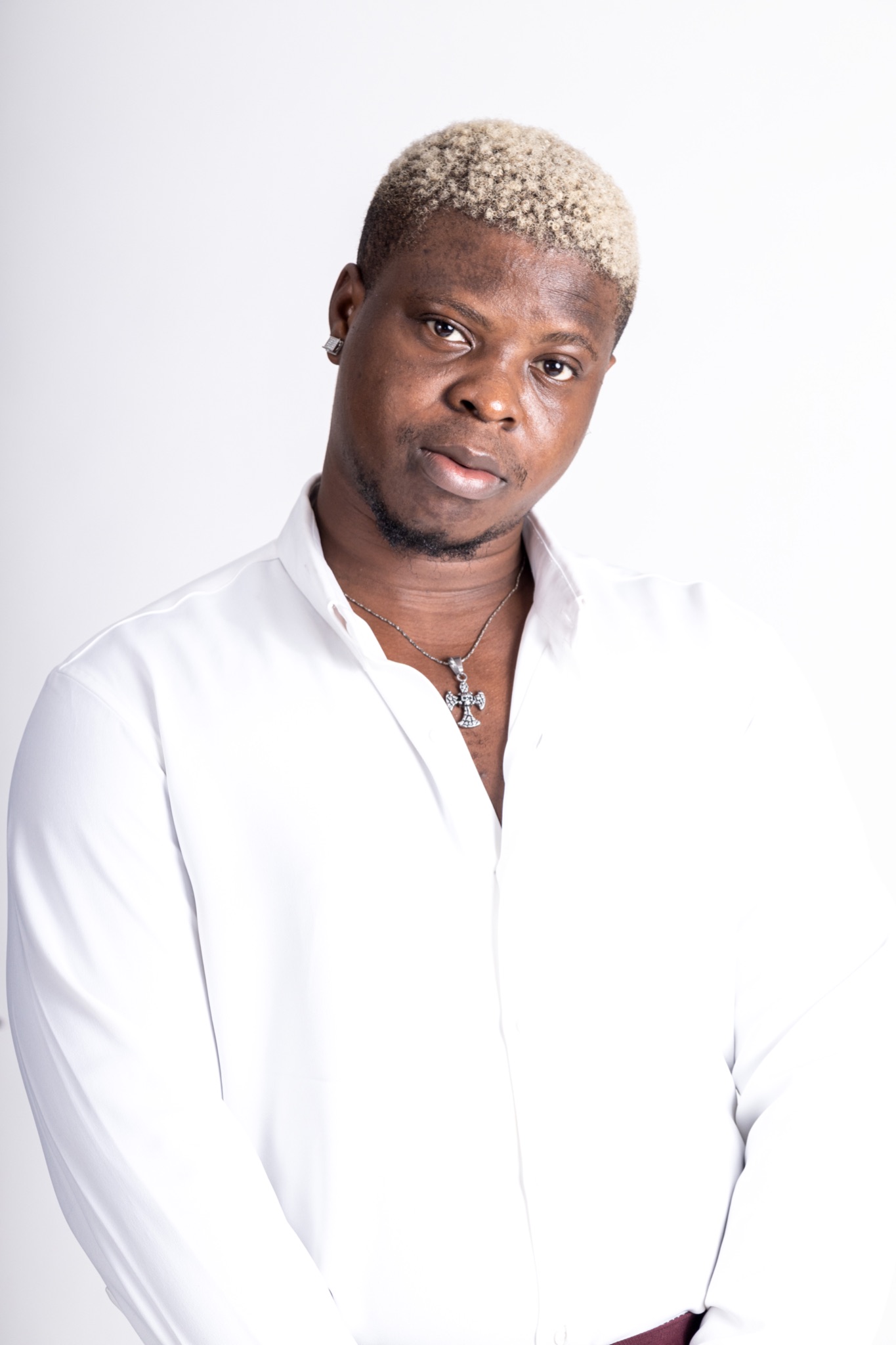 Known for his take on non-binary wear in the fashion industry, Ezioghene Emmanuel Egbelefiyo is a fashion designer and the creative director of the fashion brand Manell.

In 2019, Emmanuel started his Manell brand while studying at the National Open University. What started as a brand patronized by family and friends has now grown to become recognized by national publications like BellaNaija Style, Pulse and Schick Magazine.

Inspired by nature, art and colours surrounding his immediate environment, the Manell brand caters for those who seek to express themselves without any form of gender stereotype. 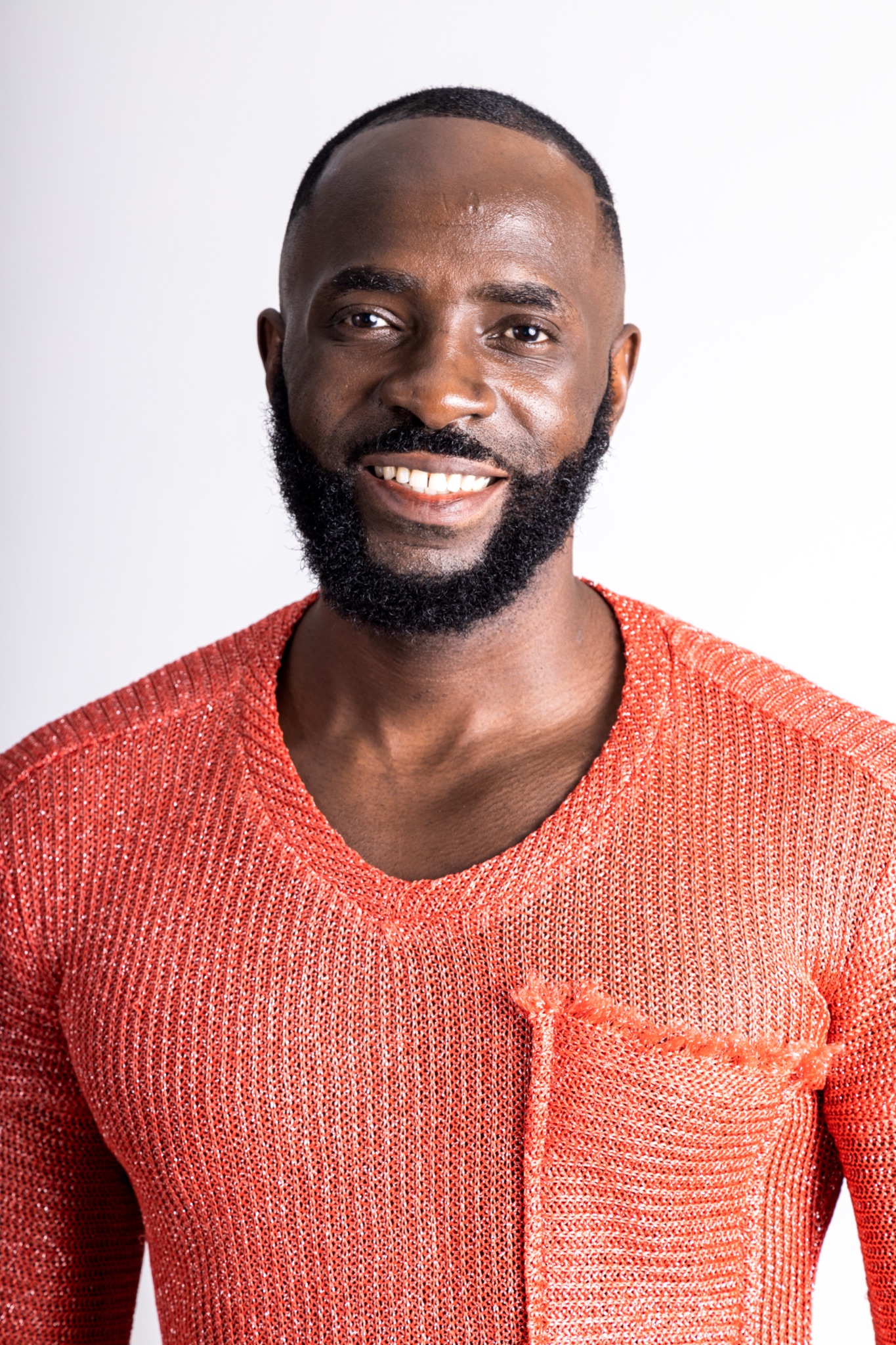 Starting off as a model, Felix loved the synergy that happens between his body and every outfit he modelled. Looking good was a trademark for Felix and it was his love for fashion that birthed his brand FAI.

Known for his creative and classy senator suit styles, natives and casuals, the FAI brand has proven to show an eye for details and crafting every piece with a delectable taste and style. Felix is known for his unique blazer styles, which have been worn by several male celebrities in the industry.

Fashion is everything to Felix, which is why beyond modelling, he enjoys wearing his pieces because he believes that he is the billboard of his brand FAI. 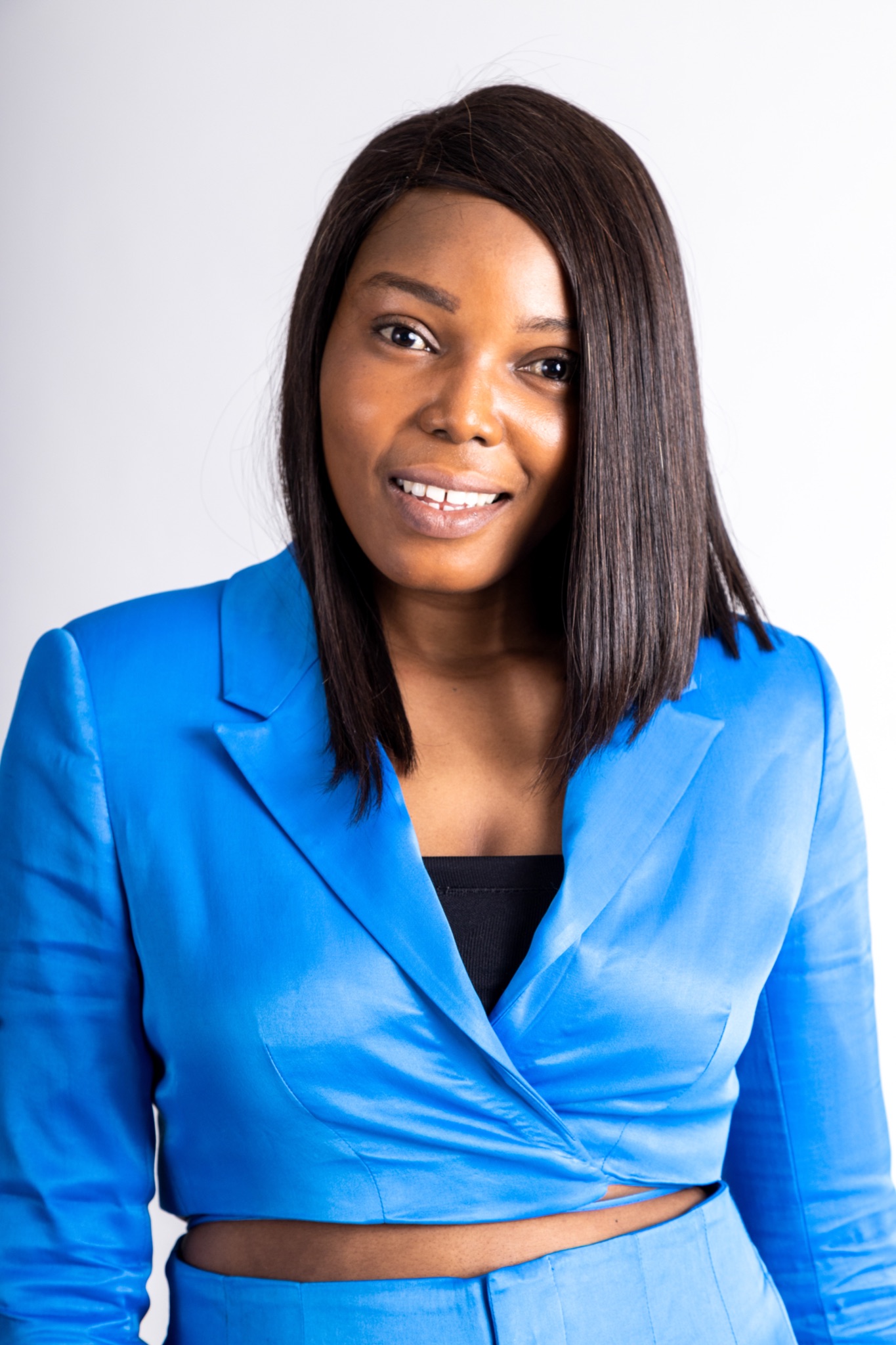 Starting out in Warri Delta State in 2016, Amy’s eponymous brand, Amy Aghomi, began as a Ready To Wear brand, which was mostly patronized by family and friends.

She moved to Lagos in 2017 to grow the brand and become a better stylist and designer. Fortunately for the Amy Aghomi brand, this was the case, because BBNaija season 4 winner, Mercy Eke wore one of her pieces to an event, and that became the turning point for her brand. As a lover of dinner and couture pieces, it is important for Amy to showcase the curves of every woman who wears her piece.

As a fashion designer, Amy loves to source the best fabric for each of her pieces. She believes that when a fabric is tasteful, it opens a window into the soul, and allows you to see what fashion truly is through the eye of your muse. She has tried her hands on everything from ready wear, to bridal, to couture and she is convinced that fashion is a lifestyle. 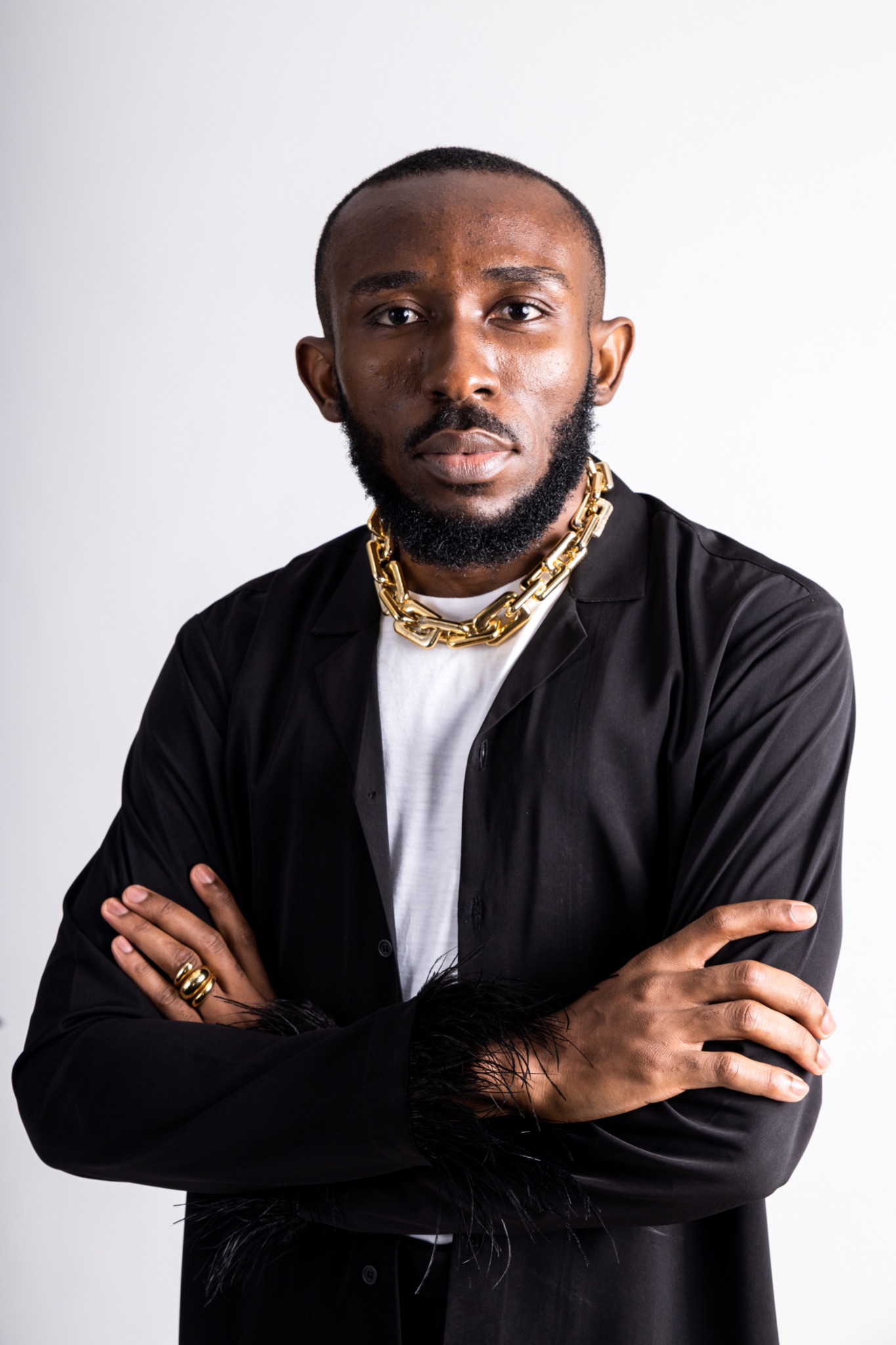 As a young designer, Ikechukwu’s first love for fashion is the ability to be bold and daring. Having an outlet for self-expression and communication was important to him, which is what gave birth to the Nwosu brand in 2020.

What started as a side gig for the Medical Microbiologist soon become a great and exciting brand for him. His love for the African culture pushed him to pursue his true passion, as he sought a balance between fashion and medicine.

The Nwosu brand is known for its non-binary pieces and its unconventional design aesthetics. His intricate attention to detail is what makes this brand a go-to choice for vacation and resort pieces.

Inside Temi Otedola’s Exclusive Conversation Over Brunch with Ade Samuel