For anyone who has a vague interest in fashion, much less those of us who are full on fanatics, the unveiling of Edward Enninful’s first #NewVogue has been akin to Christmas. You know it’s coming, you count the ‘sleeps’,  you speculate about what shape and form his vision is going to take and then  you obsess about the cover. Because let’s face it the cover is more than just a shop window to what lies within, it is a manifesto, a statement of intent and a call to action all captured in one perfect glossy image. 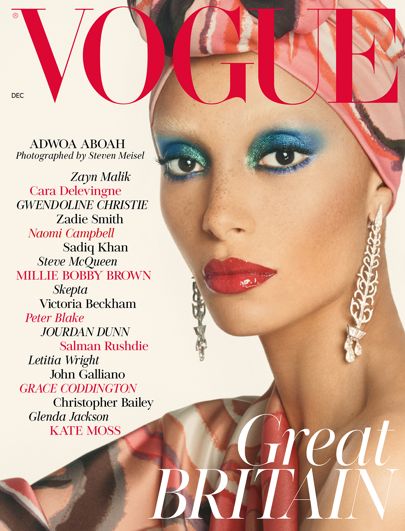 Styling wise the cover is a masterclass: well it would be Enninful was at the helm and Steven Meisel behind the lens. We got something retro and 70’s in the Marc Jacobs silk scarf tied on the head, but for those of us here in sunny climes in Lagos, we could claim that Adwoa Aboah was rocking a glammed –up version of the head-tie you see worn on women across Africa. Another visual reference to an age where louche living and itinerant socialites was the order of the day was the crazy long diamond earrings, I mean who wears such, unless you move about with a security detail every day? But on a Vogue Cover this is precisely what we want – an elevation of reality, altered norms where women are their best possible version and inspire us to be the same. The make-up I could talk about for a week and may attempt in the privacy of my home this evening. Again we were all up in the 70s only this time classic blue shadow on the lid was replaced with resplendent peacock. Furthermore, the red lip for so many seasons muted and matte was brought to life with a whole heap of sinful gloss. I liked the disappeared eyebrows, after too many years of dark, heavily pencilled crazy arched caterpillars we got a whiff of an alternative. In a word, CONVINCED! 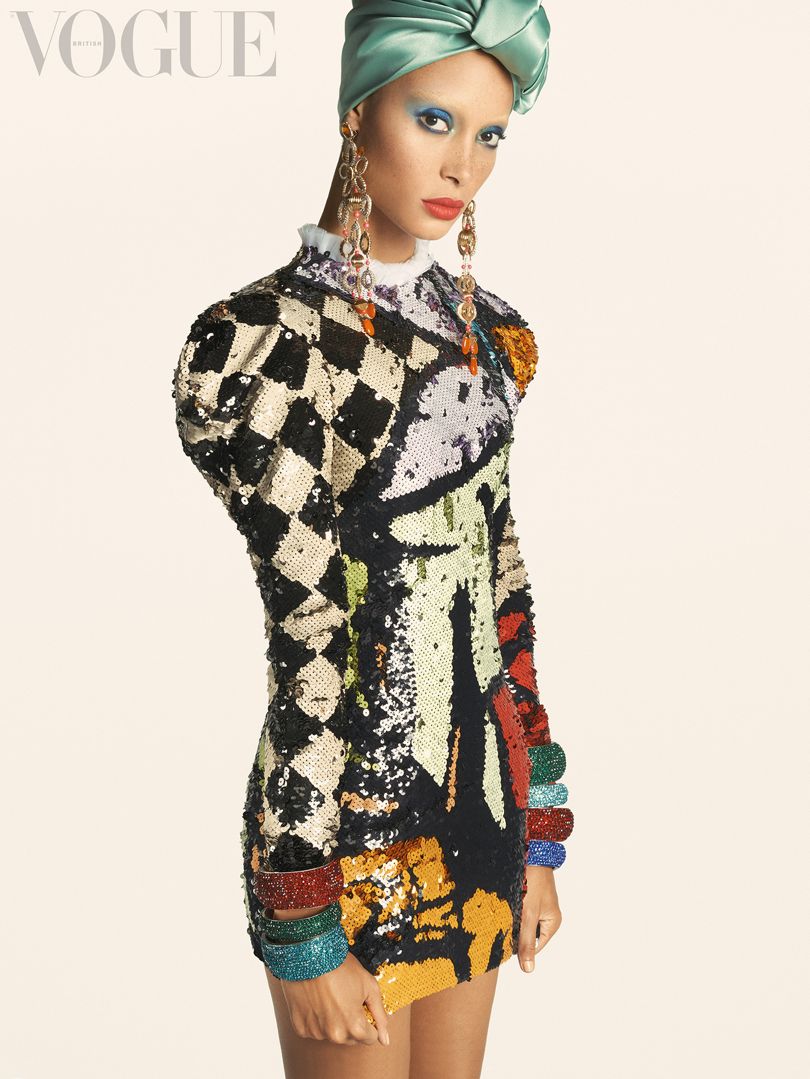 But why is #NewVogue just perfect for us now? A quick distillation forthwith: Firstly, speculation of whether he would have  a black woman as his first cover was fever pitch from the announcement of his appointment  in April 2017 with BFF Naomi Campbell being in pole position for the spot, to the oft trotted out statistic that British Vogue has not been the best for diversity with only Naomi Campbell, Jourdan Dunn and Beyoncé and Rihanna having had a solo cover . Also hotly debated was whether he would take it old-school and put a model on the cover (am I the only one in Planet Fashion who takes in the glory of an actual real-deal model giving us the perfect pose like the delicacy that it is?) or go the now tried and tested and guaranteed ‘hits and likes’ across Social Media  route of an actress, musician or celebrity? In the end Enninful deftly picked a cover girl who would satisfy both camps and then some in Adwoa Aboah.

In choosing Adwoa Aboah, Enninful effectively fox-trotted around the opposing camps of high-fashion with its demand and expectation of model perfection and Social Media with its insatiable desire to connect. Adwoa is both a supermodel and a famous face. However, her fame is not down to her attending the opening of an envelope or pouring herself into barely there pieces and falling out of nightclubs with a ‘mystery date’. Instead she is a true activist: creating a platform Gurls Talk, that in her own words is a ‘safe space’ that she wished she had had when she was growing up, where young women can express their challenges, celebrate their differences, share experiences and feel none of the judgment, fear and condemnation that can stifle and damage one in those critical formative years of womanhood. Her authenticity is evident, she is not doing this for the ‘gram or jumping on the mental health issues bandwagon. Furthermore, she has brought the conversation of feminism to the millennial generation; in a way that is neither preachy nor pithy. For that alone she deserves accolades and covers galore. But then she adds to it the aesthetic blow to the head that is her otherworldly pulchritude: a winning combo of her father’s classic Ghanaian good looks and her mother’s ethereal flame-haired and alabaster hued beauty. 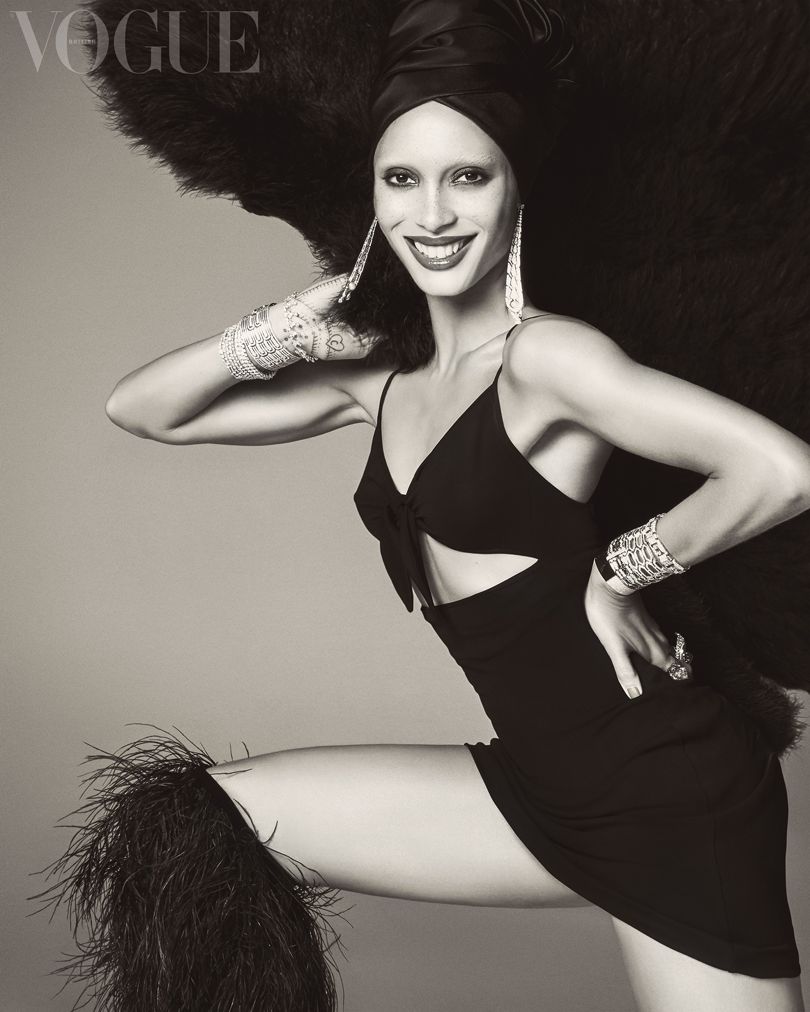 In a globalised world, the future belongs to those who are from a multitude of places and spaces, who can claim and have an affinity to many and who are open to different possibilities and realities. In choosing Adwoa for the cover and via the styling, reminding us how when fashion is done well it literally changes the mood-music, the stage is set for a more inclusive Vogue. I for one cannot wait.