Lupita Nyong’o is ushering us into 2018 with her fourth Vogue cover over the years, in anticipation of her upcoming superhero movie Black Panther, directed by Ryan Coogler where she plays the Dora Milaje warrior, Nakia. 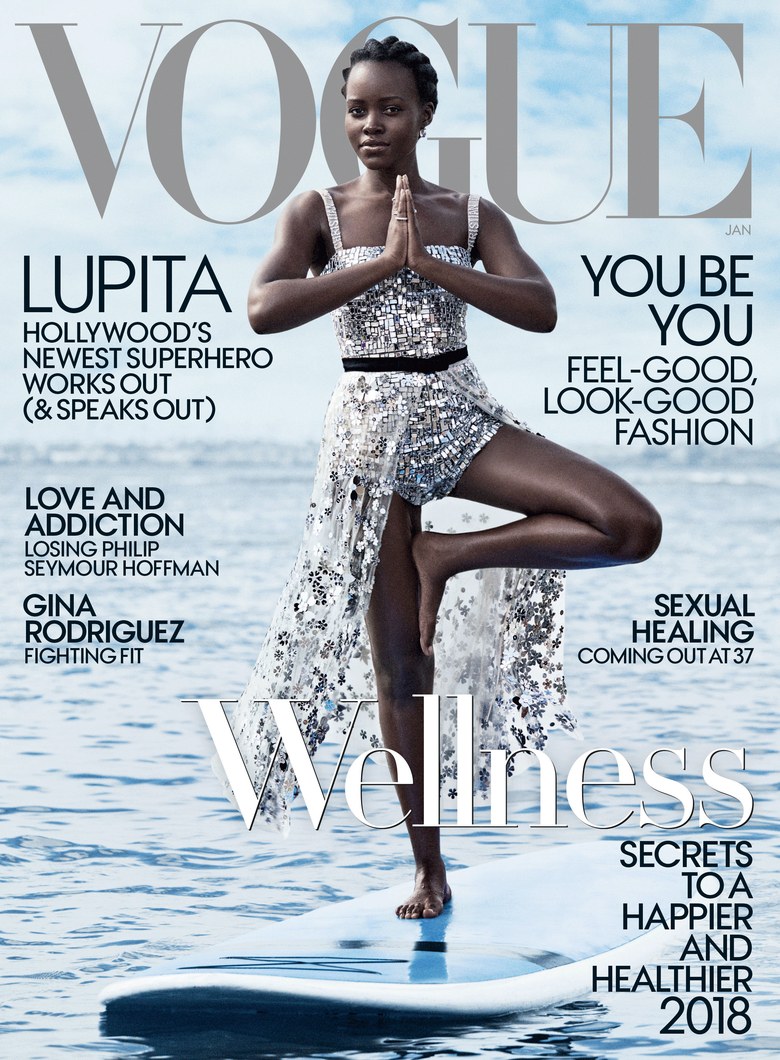 Photographed by Mikael Jansson and styled by fashion director Tonne Goodman, Nyong’o looks beautiful on the easy cover showing off her athletic abilities and physique by doing yoga on a surfboard, wearing a Dior romper paired with a skirt while the calming blue colour of the ocean forms a beautiful backdrop.

Her hair is twisted to the back and she is seen wearing very minimal makeup proving that simple sometimes does it.

She revealed to Vogue that she underwent mixed-martial-arts training and spent up to four hours a day for six weeks in a boot camp with her castmates for her role in the Marvel flick.

Nyong’o said about the storyline in the new movie:

For me, as an African who lives outside Africa and wrestles with that dichotomy of tradition and modernity, this is almost healing. The little Kenyan child in me leaped for joy because it’s such an affirmation. What colonialism does is cause an identity crisis about one’s own culture. 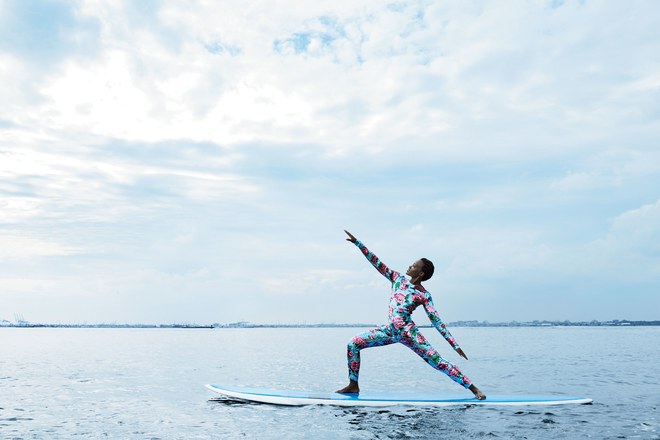 According to Lupita, she likes working out extensively before every new role. She says flexibility is more important than exertion and she focuses on lots of stretching and regular massages while avoiding anything that results in tension or bulk.

Read the full interview on www.vogue.com

New York, Milan, Vogue – Catch Mayowa Nicholas If You Can!