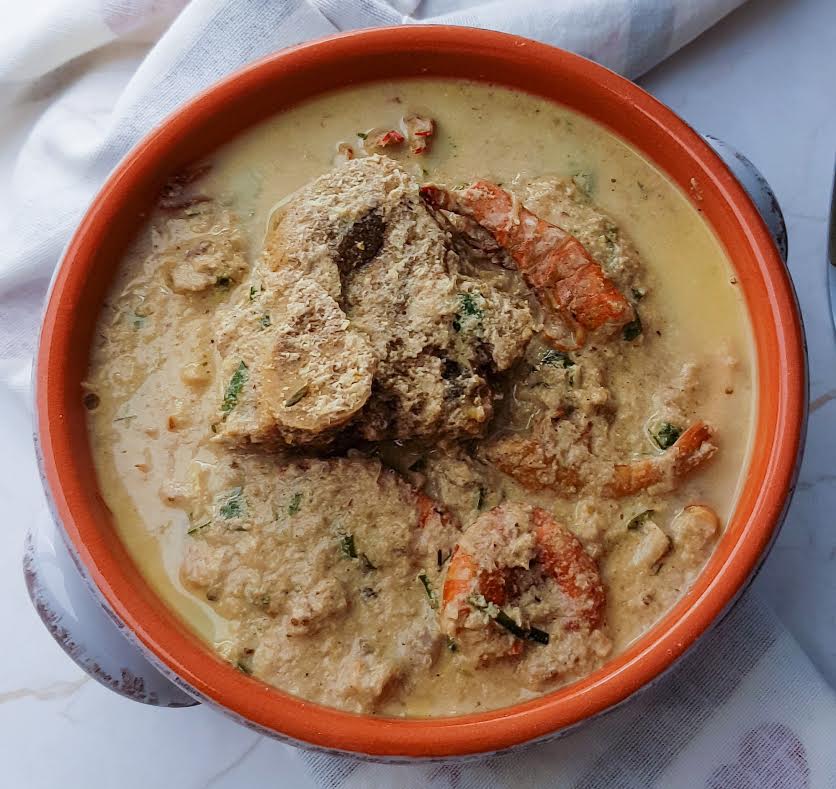 Egusi pepper soup is a Nigerian soup which originated from Delta State and popular among the Urhobo people. I went to visit a friend from Delta State and she offered me Egusi pepper soup with Boiled Plantain! I had never tried it or even heard of it before! Considering my love for Plantains, I was about to let this pass, plus I like to try new foods and the aroma from the bowl wouldn’t let me refuse it. I tried it out and I was blown away! I fell absolutely in love with it. Her cook only just started preparing after I got to her house which was less than an hour before. I had some many questions!!! Did she make it from scratch? How was it made? It doesn’t look like there’s Palm Oil in it, Did she use any?? I had so many questions that needed answers. LOL. I really enjoyed that meal mostly because I wasn’t expecting it, it was so different from the regular ‘soups’ I was familiar with.

After we finished our business for the day, I had to beg her to set aside a few hours to teach me how it’s made which she did about a week later. I’ve made this Soup almost every week since and introduced all my friends to it who were just as clueless about it as I was before I tried it. We’ve had it with everything from Eba, Semovita to Pounded Yam and Rice! The options are endless really. I posted it on Instagram and I realized quite a few of my followers weren’t familiar with it, so I decided to make a video and share with you guys because clearly a lot of you have been missing out.

Egusi pepper soup is basically Egusi (ground melon seed) infused with pepper soup spice. It is also cooked as you will Peppersoup, just have your Egusi and Peppersoup Spice and the rest just kind of works itself out. It is so easy and quick to make and like any other soup, the proteins or seafood used will influence the taste of the soup. I opted to use Chicken and Goat meat and I also threw in some dried prawns which made the soup absolutely fantastic. You can use turkey, fish, shrimps, or anything else available to you really and still get the same delicious results. I used some Uziza leaves for that extra oomph and it took the soup up a notch! You can also you Scent Leaves if you prefer.

Before blending the Egusi (Melon Seeds) I toasted them for a few minutes to release its oil and for the “nut-like” flavour it has when crisp. This is a thing of preference, you can skip this step if you don’t have the time.

With that being said, I hope you give this recipe a try and I’d like to know how it went, I know you’ll love it as much as I did. I’ll be waiting for your comments.

1. Toast the Egusi seeds in a frying pan on low to medium heat for 3 minutes.
2. Allow to cool, then blend the Egusi seeds with some water to form a somewhat thick but loose paste.
3. Place a pot on medium heat, add the Chicken broth, Dried Shrimps and Goat Meat, follow with all the Seasoning except the Peppersoup Spice, cover the pot and allow to cook for about 7 minutes.
4. Pour the blended Egusi into the pot and then add the Peppersoup Spice, allow to cook for 8 – 10 minutes, the soup will thicken a bit.
5. Sprinkle a handful of Uziza leaves or Scent Leaves, allow to cook for 2 minutes to allow the Uziza release its flavour and Voila! Your soup is ready!
6. Enjoy with your favourite Swallow or Rice or enjoy as is.

Watch how I prepare it below 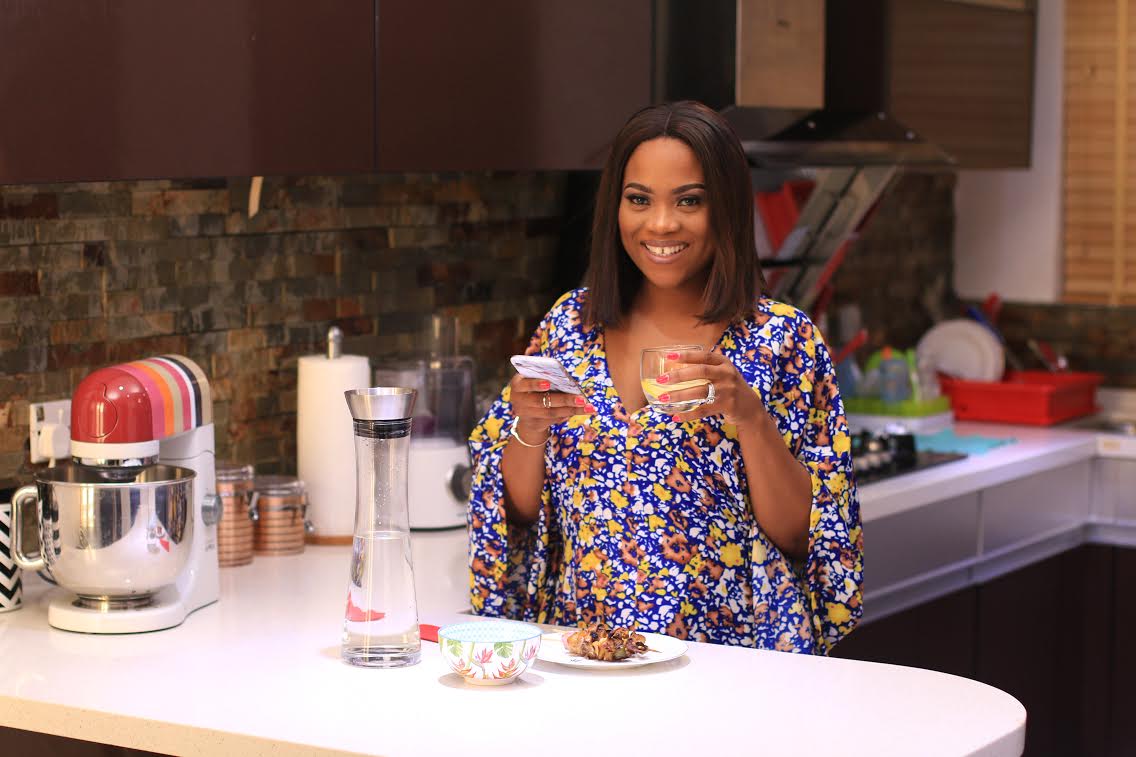 I’m Bukie, a Nigerian Food Blogger, an Award-winning chef, Food Consultant, Recipe Developer, Mother, an all-around foodie and a well-known lover of roasted corn! I’m a self-taught chef who loves creating beautiful, colourful, traditional and flavorful dishes which birthed The Kitchen Muse in 2016. Cooking has always been one of my many passions, so I wanted to inspire everyone with simple and easy to follow recipes on my YouTube channel. This ignited a love for food photography, teaching others, sharing my recipes and know-hows with my audience and now The Kitchen Muse has become my business. On YouTube, you will find all my easy to follow recipes, step by step direction and see my recipe list on my blog - www.thekitchenmuseng.com as well as lovely pictures of meal inspiration Instagram: thekitchenmuse