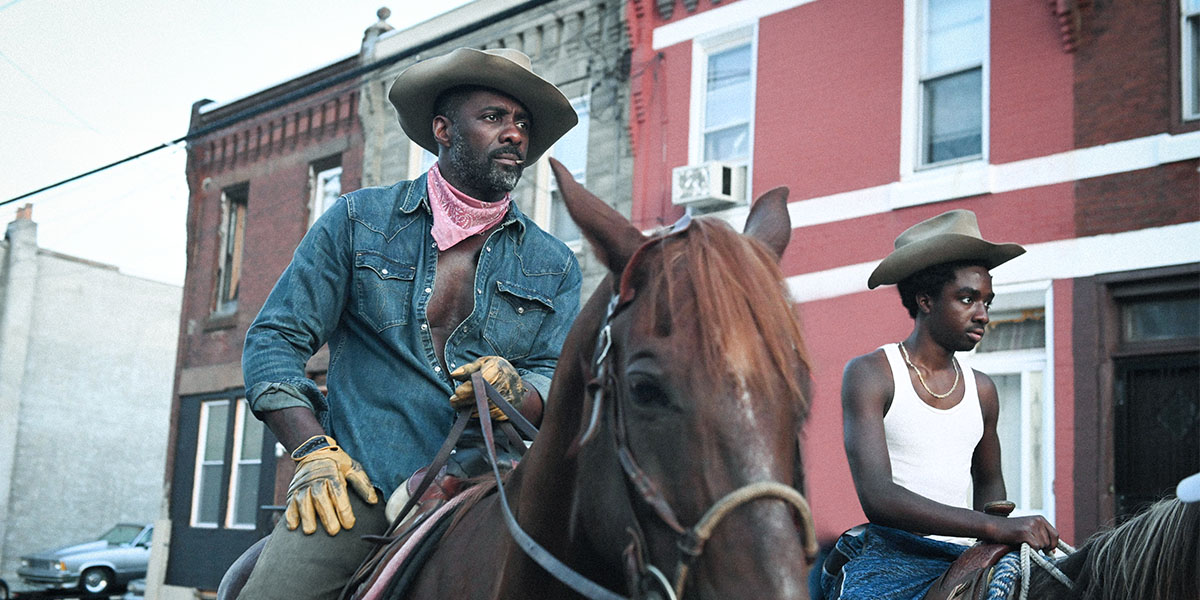 While spending the summer in North Philadelphia, a troubled teen is caught between a life of crime and his estranged father’s vibrant urban-cowboy subculture.

Starring Idris Elba as a rough-hewn Philadelphia cowboy and Stranger Things’ Caleb McLaughlin as his estranged son, Concrete Cowboy is a pleasure from start to finish. This story of family reconciliation invites us into one of America’s most unique subcultures, a generations-old world of Black horse trainers on the streets of North Philly.

Cole (McLaughlin) is a troubled 15-year-old. After a fight gets him expelled from yet another Detroit school, his fed-up mother drives him 600 miles east and drops him on his father’s doorstep. Harp (Elba) is a taciturn loner, offering few explanations for why he’s been absent from his son’s life. He keeps his affection for horses, spending his days at the Fletcher Street stables down the block.

With no choice but to stay with his father, Cole agrees to grunt work at the stables, joining other local riders trying to keep the city from shutting the club down. He soon reconnects with his childhood best friend, “Smush” (the charismatic Jharrel Jerome, from Moonlight and When They See Us). But Smush’s exciting life is fuelled by drug dealing. Cole can slip back into his friendship, or put in the hard, dirty stable work that will bring him closer to his father.

Featuring standout performances and drawing on the rich but oft-forgotten legacy of Black cowboys, director Ricky Staub’s adaptation of Greg Neri’s novel is a satisfying portrait of a young man finding purpose in community, the natural world, and family.

Check out the press conference below: