Playing with glitter makeup is risky business, it could be a total hit or a messy miss! When done right, glitter can add a classy twist to any look. 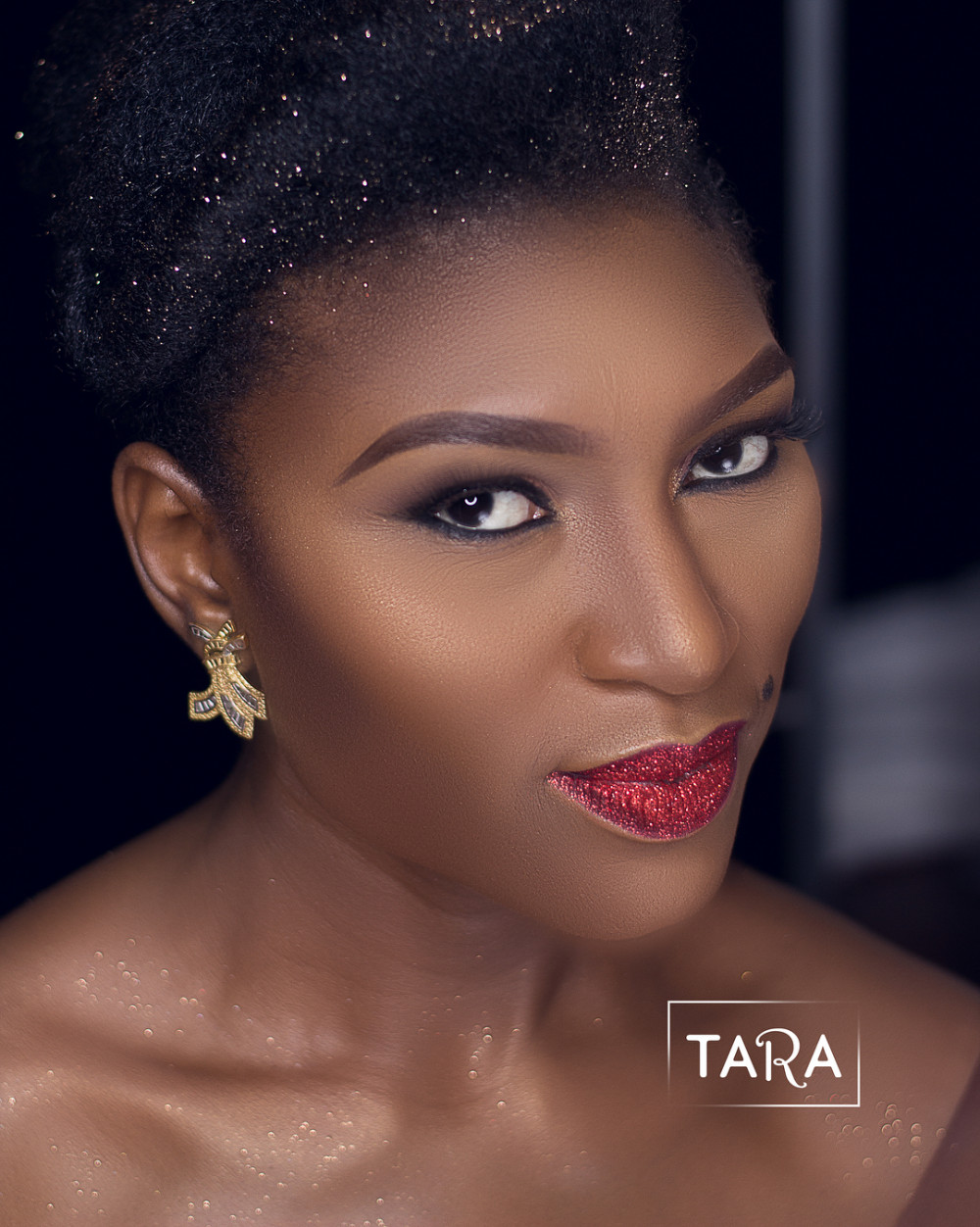 For Ufuoma McDermott’s directorial debut movie, Christmas is Coming which premiered at the IMAX Cinemas in Lekki, over the weekend, the actress opted for an adventurous look done by Rhemahot for House of Tara. She had glitter sprinkled all over her so she dazzled like a fairy all through the night. Her lips also had glitter over the sophisticated red pout (similar to Pat McGrath Labs’sLust 004 lip kit from 2016) and her face was well sculpted with the right amount of highlight and contour.

She had her blooming coily hair, styled by Nature’s Gentle Touch in half cornrows at the side. Lastly, she finished off her outfit with minimal jewelry by Garnets 25.

Christmas is Coming is a Christmas comedy and we’re using Ufoma’s look to get our heads in the holiday game. There’s no such thing as too early to talk about holiday beauty! 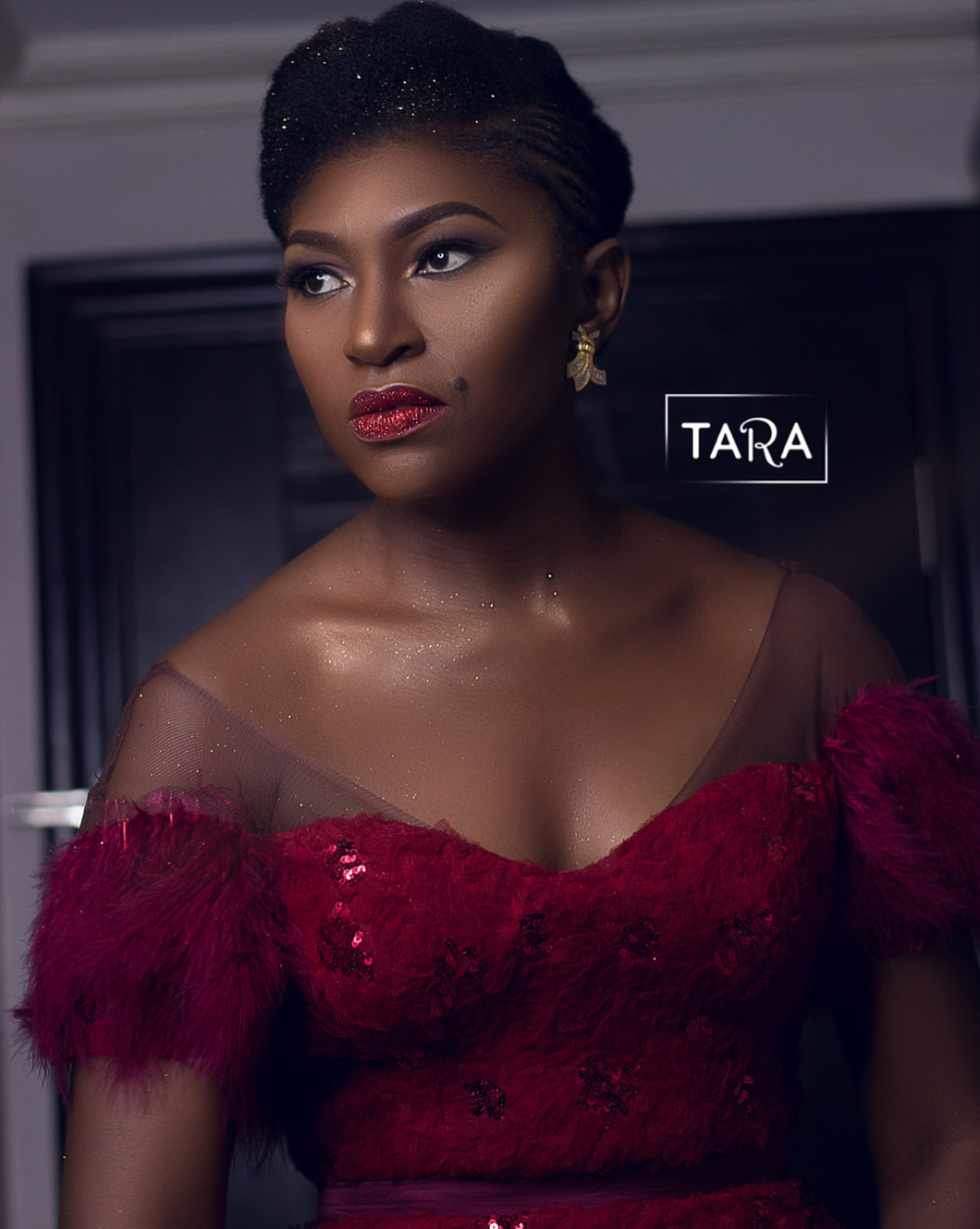 For her outfit, the star actress rocked a red off-shoulder gown by VFL, which had feathers on the sleeves and the bottom half of the dress. 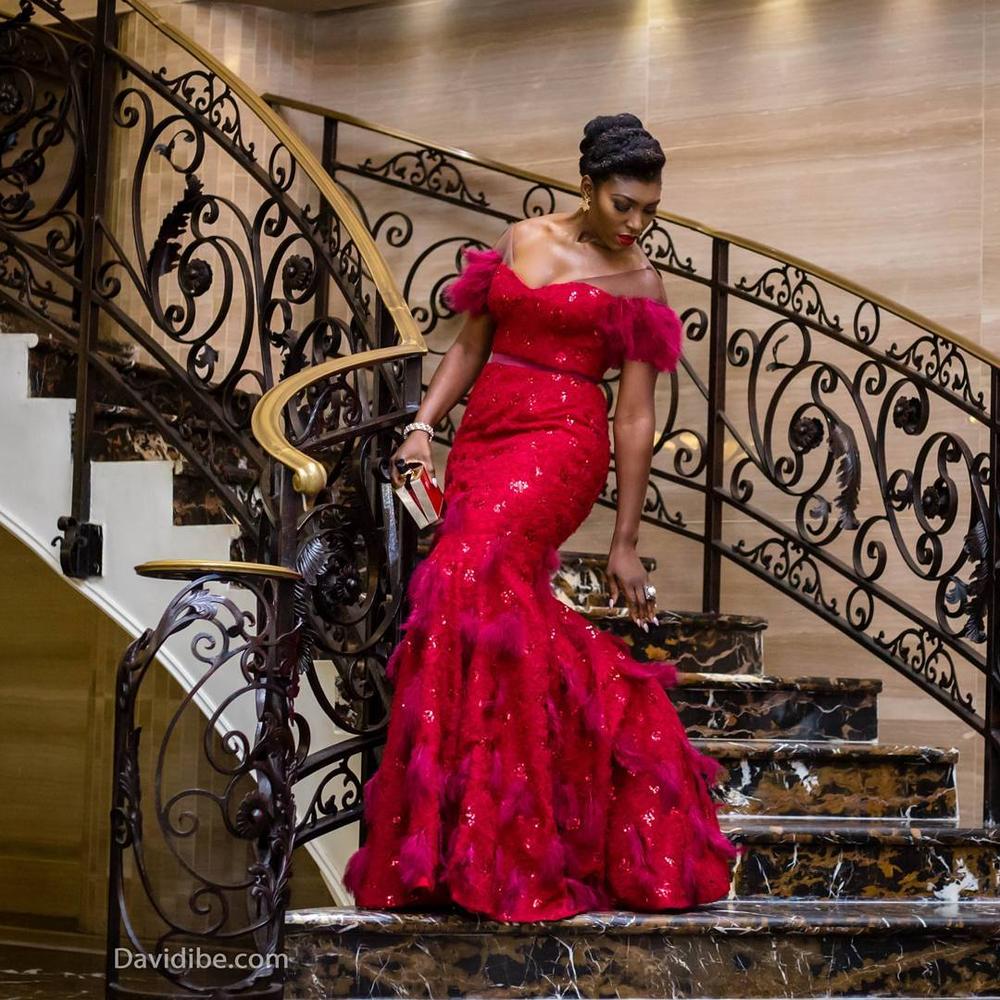 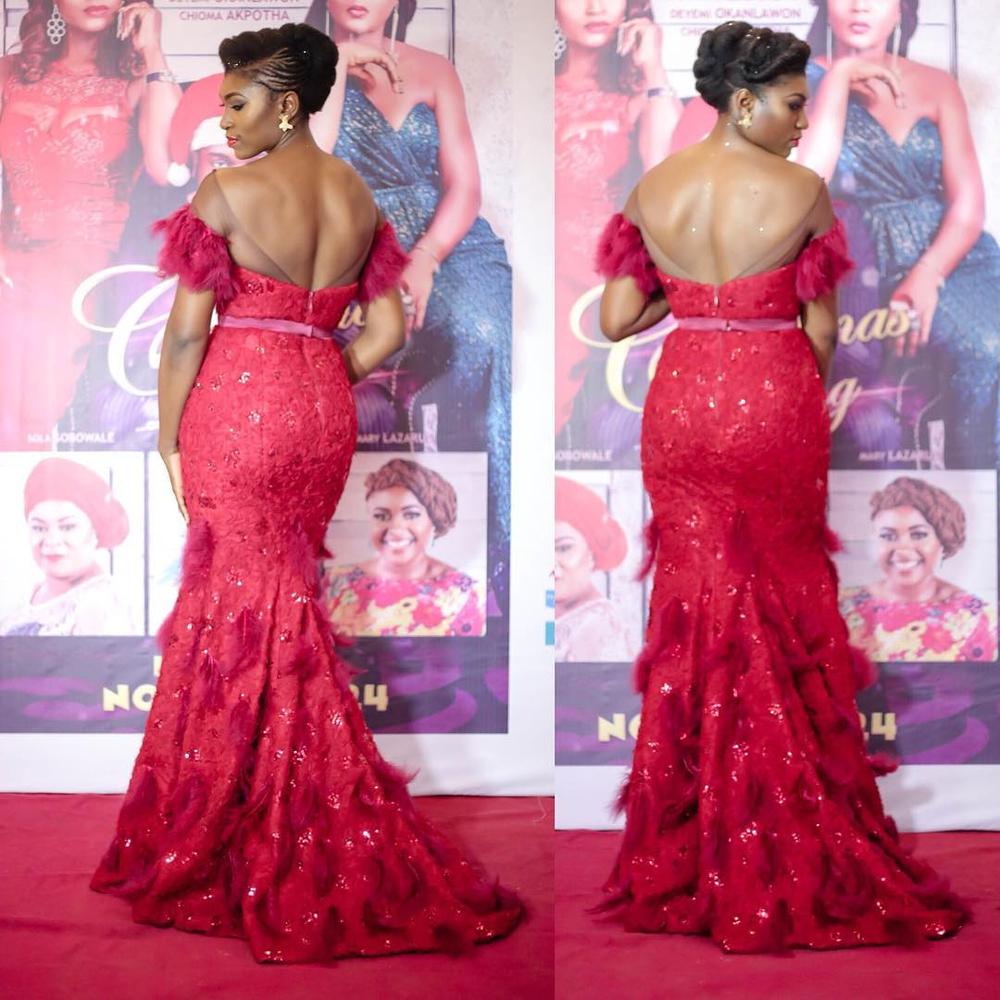 The Soft Glam Tutorial We Have ALL Been Waiting For, Thanks Dodos!

Peak Mill Made A Strong Case for the Blunt Bob

Yes! You Can Recreate this Adanna Madueke Quick & Easy Natural Updo at Home