Are We Really Going to Boycott H&M?

The appalling H&M advert showing a black boy wearing a hoodie that read “Coolest Monkey in the Jungle” continues to cause a social media outrage. Even though the brand has removed the photo from its online store, replaced it with a photo of just the hoodie and sent an apology it still continues to be heavily criticised. 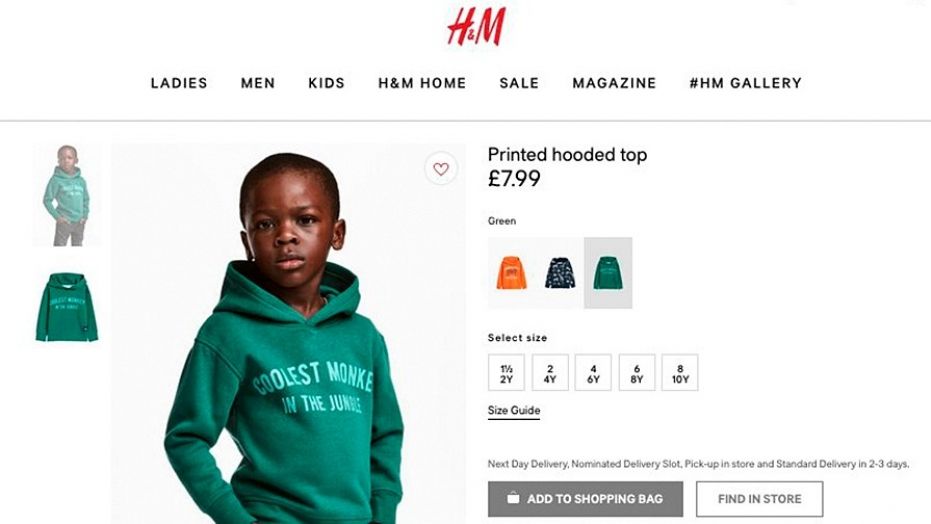 The ad has been called racist, insensitive and just plain stupid, by many black consumers who say big retail brands like H&M should know better and do better.

A shockingly calm reaction was received from the mother of the young model who said people should stop “crying wolf all the time“.  Her statement was met with backlash as people accused her of being one of the people allowing racism while others simply backed her up calling this generation too sensitive.

Popstar The Weeknd‘s bold move to end his partnership with the high-end retail store due to the situation inspired other celebrities to take a strong stand against the brand with many others on social media calling for the brand to be boycotted #BoycottHM.

But things got more physical on Saturday when angry protesters referred to as the Economic Freedom Fighters, targeted six H&M stores in the Gauteng province, in South Africa tearing down shop displays and throwing clothes around.

H&M said in a statement that it is aware of the recent events inside several of our South African stores and has temporarily closed all stores in the country.

Twitter users from SA are among the top promoters of the “Boycott H&M” movement.

are you guys forgetting that @hm didn’t have any posters of black models in south african stores because they wanted to “convey a positive image” ? this isn’t surprising at all. #BoycottHM

You’ll never see me at H&M.

Even the South African Arts and Culture Minister Nathi Mthethwa, like many social media users, didn’t accept the brand’s Twitter apology, saying it was not sufficient:

We are absolutely appalled by this racist advertisement attributed to @HM which strips the child in the green of basic human dignity. While we note the apology as necessary we cannot accept that it’s sufficient based on the amount of damage it has caused. cc @HMsouthafrica pic.twitter.com/TqSRn164xJ

There is currently a petition to Boycott the brand here as well as many articles offering great alternatives to shopping from the brand including this one on Shoppeblack.

The popular Swedish multinational brand has been in business for over 71 years and garnered a good number of followers among the black community due to their ability to create affordable and stylish pieces and highly coveted collaborations with the likes of  Alexander Wang, Balmain, Kenzo, The Weeknd among others.

Even after a number of offensive advertorial choices the brand has made in the past, it continues to get new customers that patronise their 4,500 stores worldwide.

It may be a stand we need to take together as an anti-racist community to make the most impact, but it starts with an individual choice.