Adesuwa Aighewi Gets Candid With The Porter Magazine About Loss, The Modelling Industry & Growing Up A Nigerian Immigrant In America 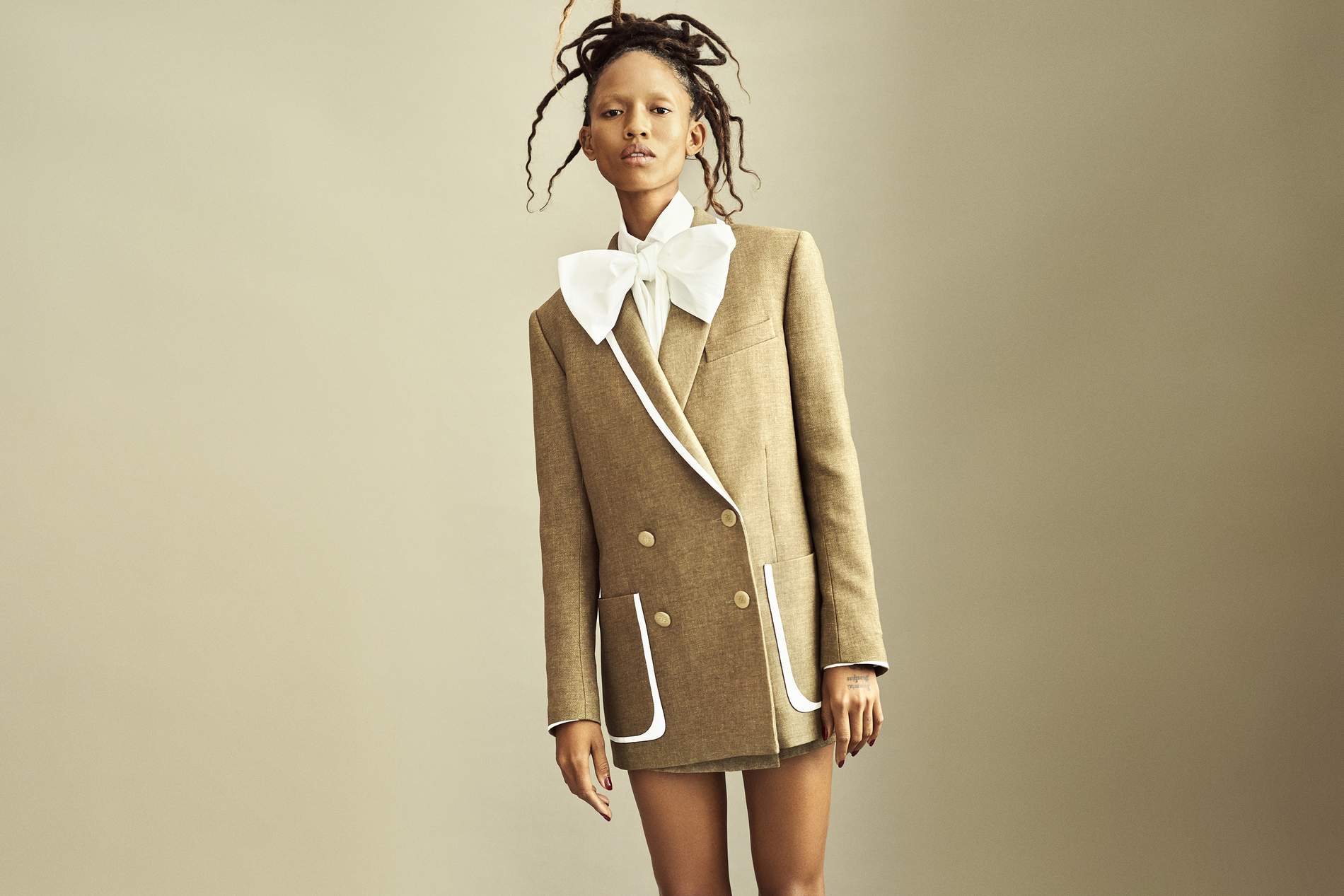 Nigerian American model Adesuwa Aighewi is the November cover star of The Porter magazine. The fast-rising model speaks to the magazine in the cover interview about losing her brother at age 13 and how traumatic that was for her family.

The pair were so close, they had been like twins (“people thought we were twins”). They had both wanted to be doctors but, after his death, “I had zero interest in medicine because we were like, ‘We’re gonna save the world together’ and we used to compete and everything, and then all my drive was gone.”

Adesuwa also talks about her first encounters in America as a Nigerian immigrant shortly after the loss of her brother.

The move sounds traumatic. Aighewi remembers the distressing moments of alienation, like being asked if her little brother (only four years her junior) was her son when they were taking a train together; her highly qualified parents struggled to find employment: “My dad has a really thick accent and my mom does as well. They are both Ivy League-educated and they couldn’t even get jobs. Can you imagine?”

The model who has walked the runways of high-end brands like Chanel and Fendi says that she has had to be patient and stay true to herself not altering her body or undergoing plastic surgeries to fit into the mainstream spectrum of beauty.

‘They are waiting for your breasts; you need to have something,’ and I was like, Bro, my mom doesn’t have tits, no one has tits on my mom or my dad’s side. Does she think she was expected to get implants? A lot of creepy things happen in fashion and, yeah, I figured if I tattooed my chest, it would just end the conversation entirely.

For the cover photos, she opts for full beige rocking a buttoned-down shirt, pants, and boots, all from Isabel Marant. She later switched things up for an all-black bustier, top, and pants, from Givenchy. She also toes the denim line in a vest, a pair of jeans, and boots, from Chloé.

Read the full feature in The Porter here. 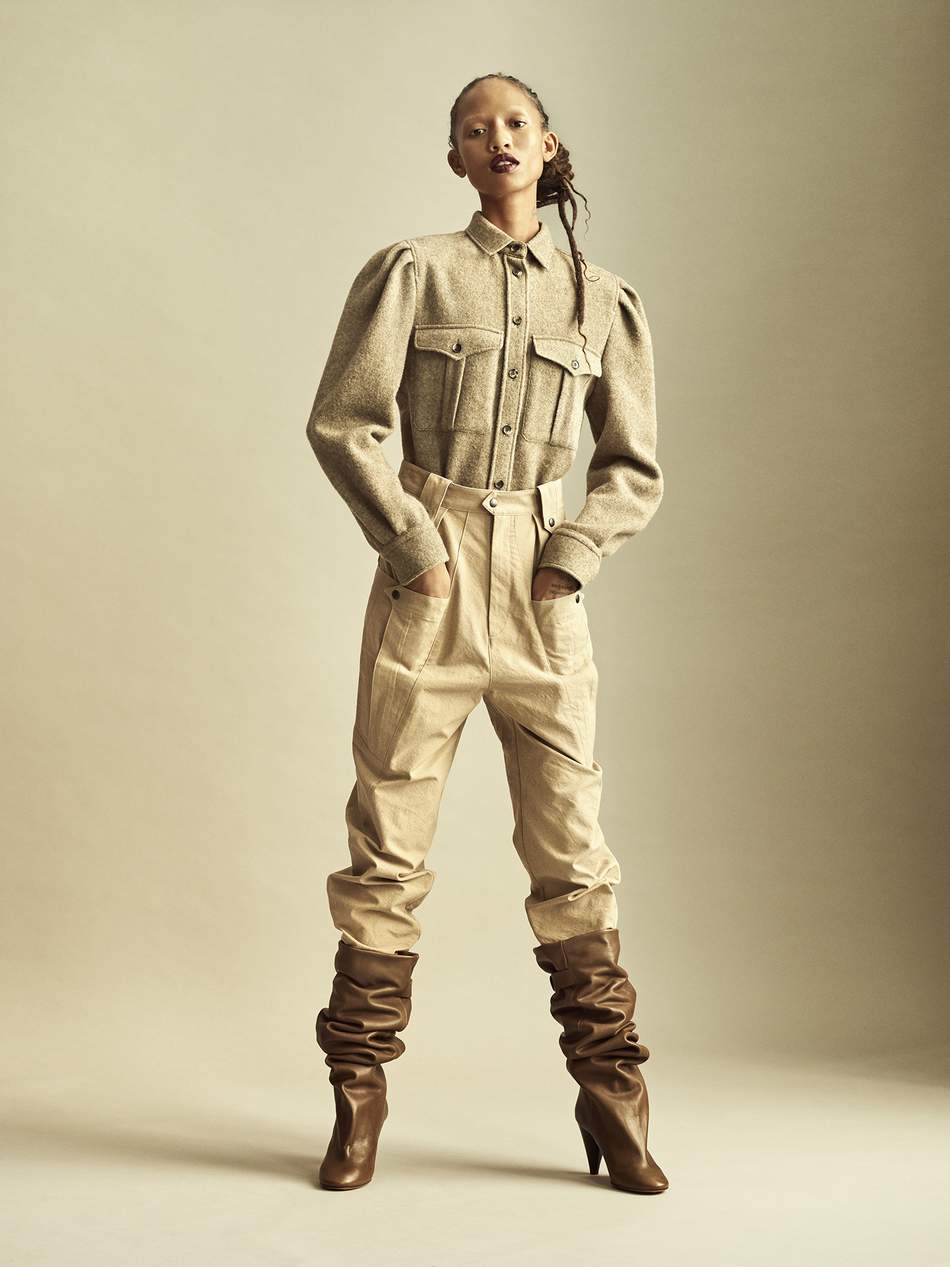 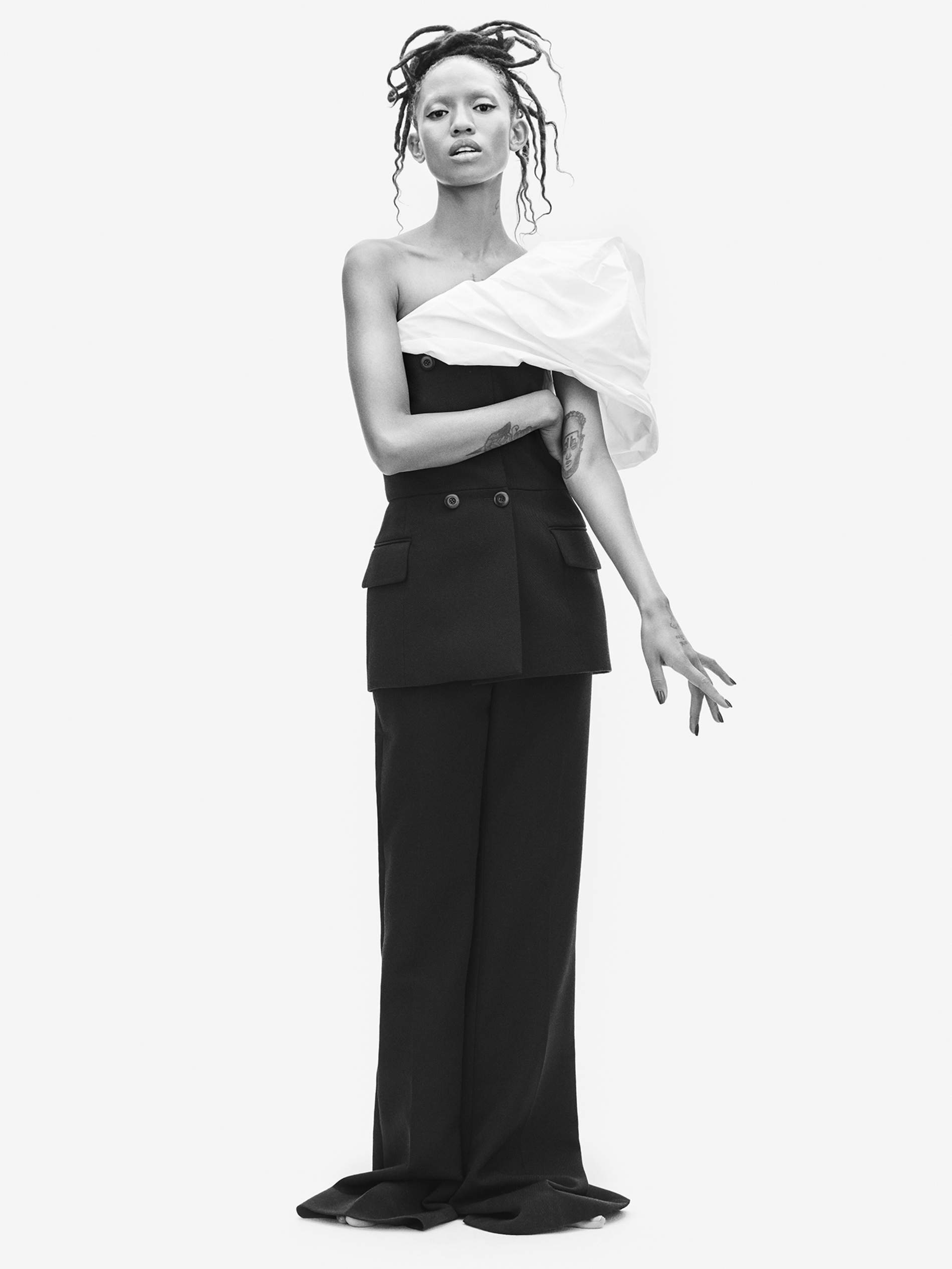 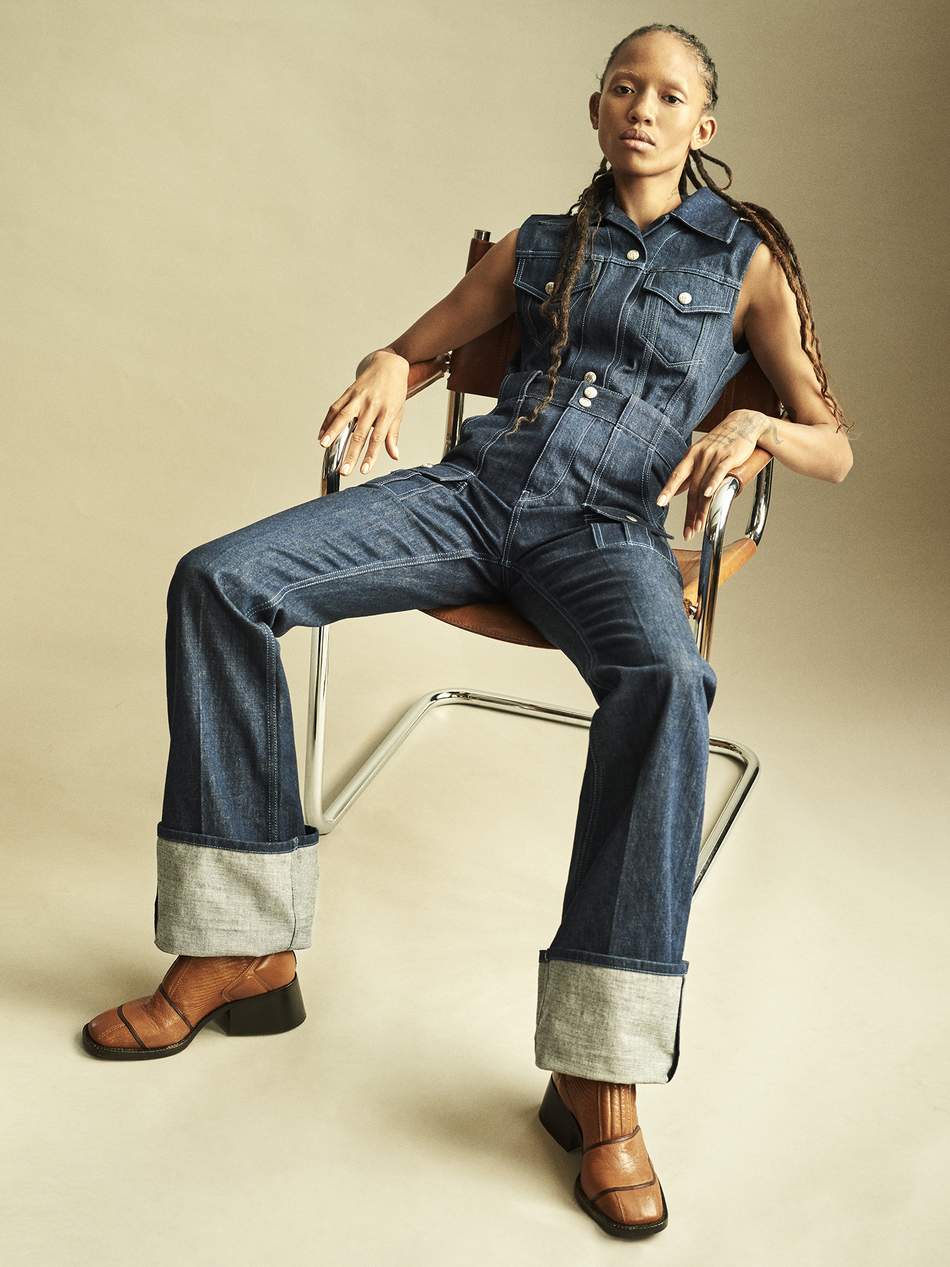 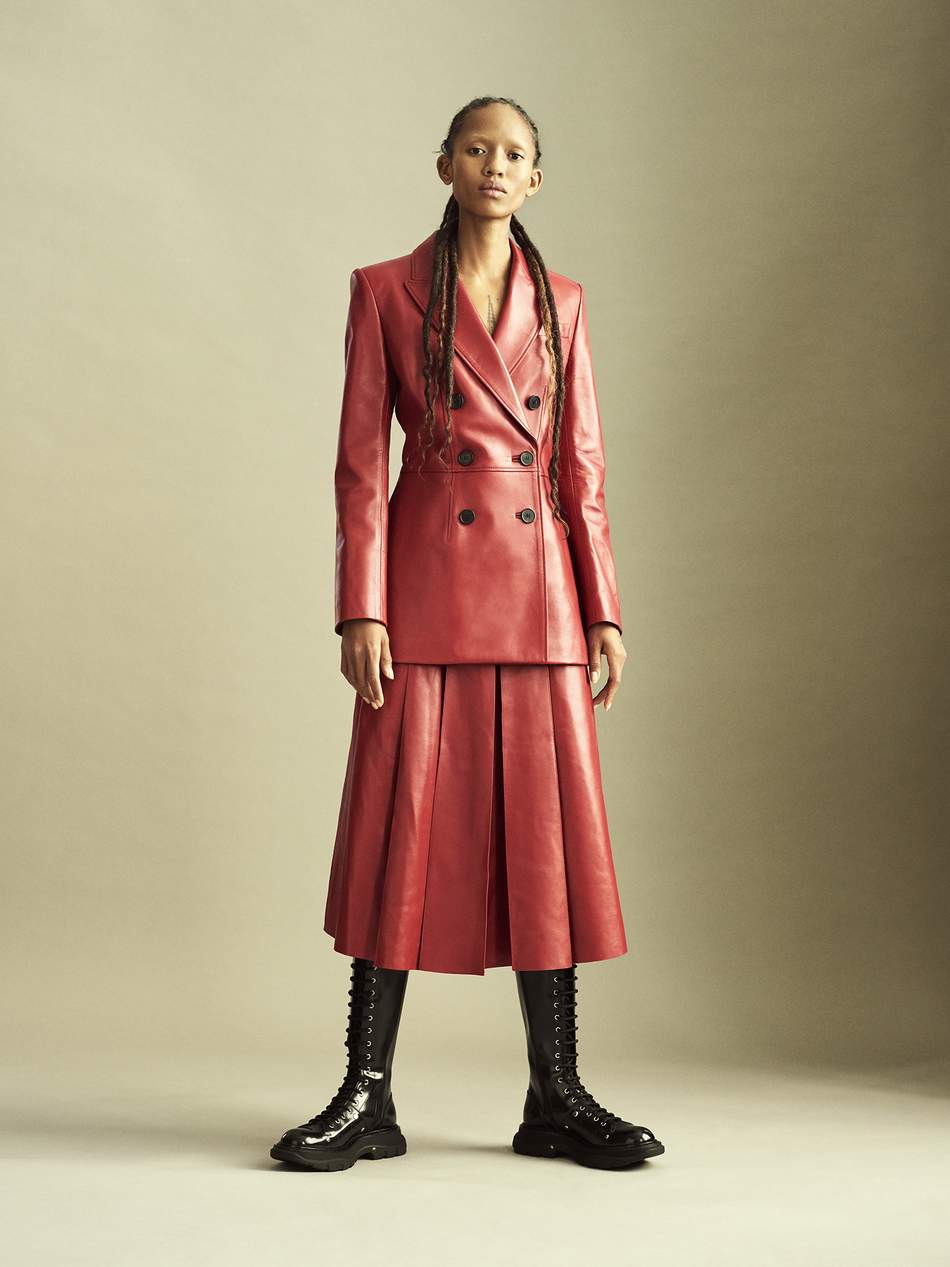 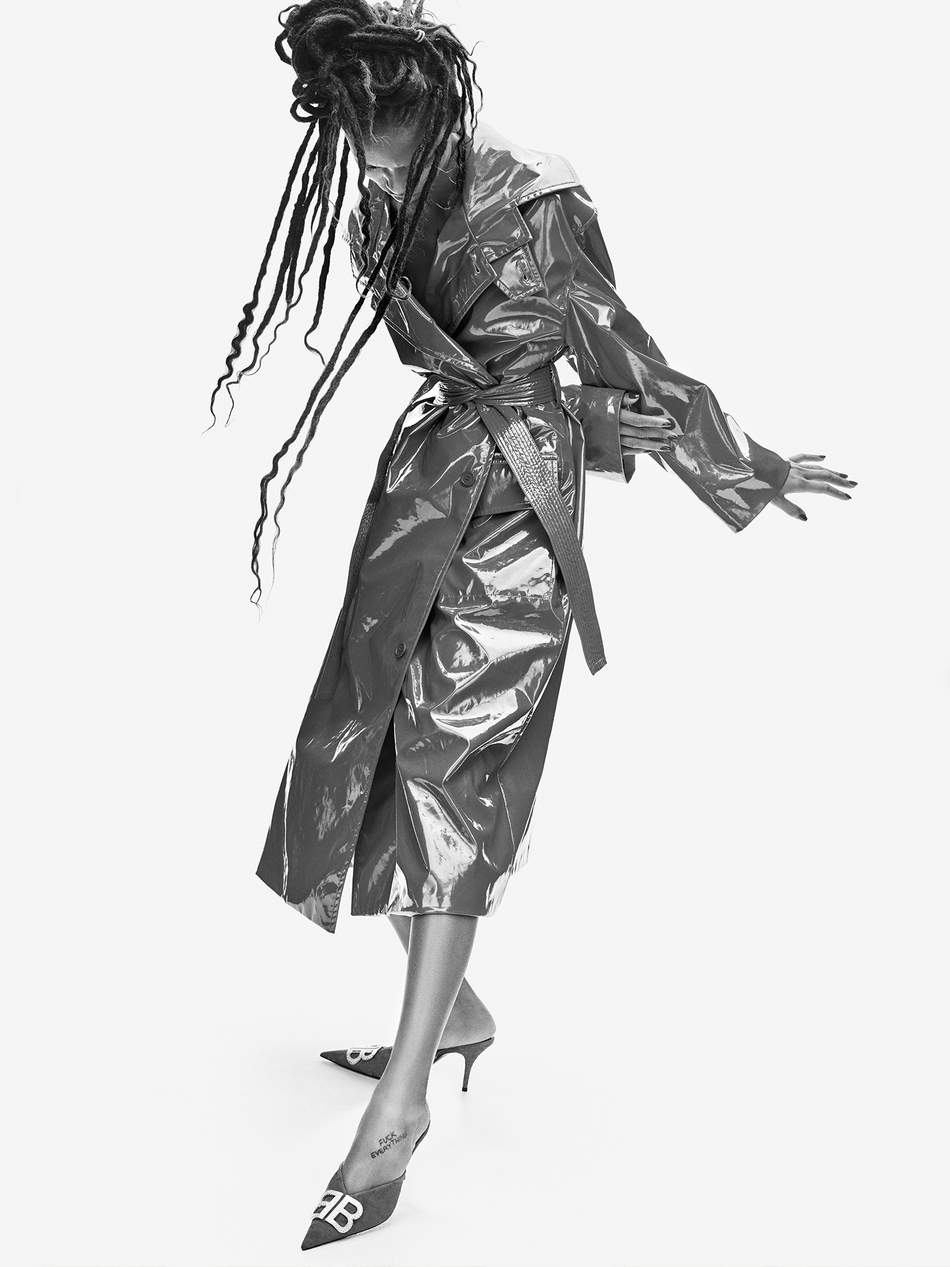 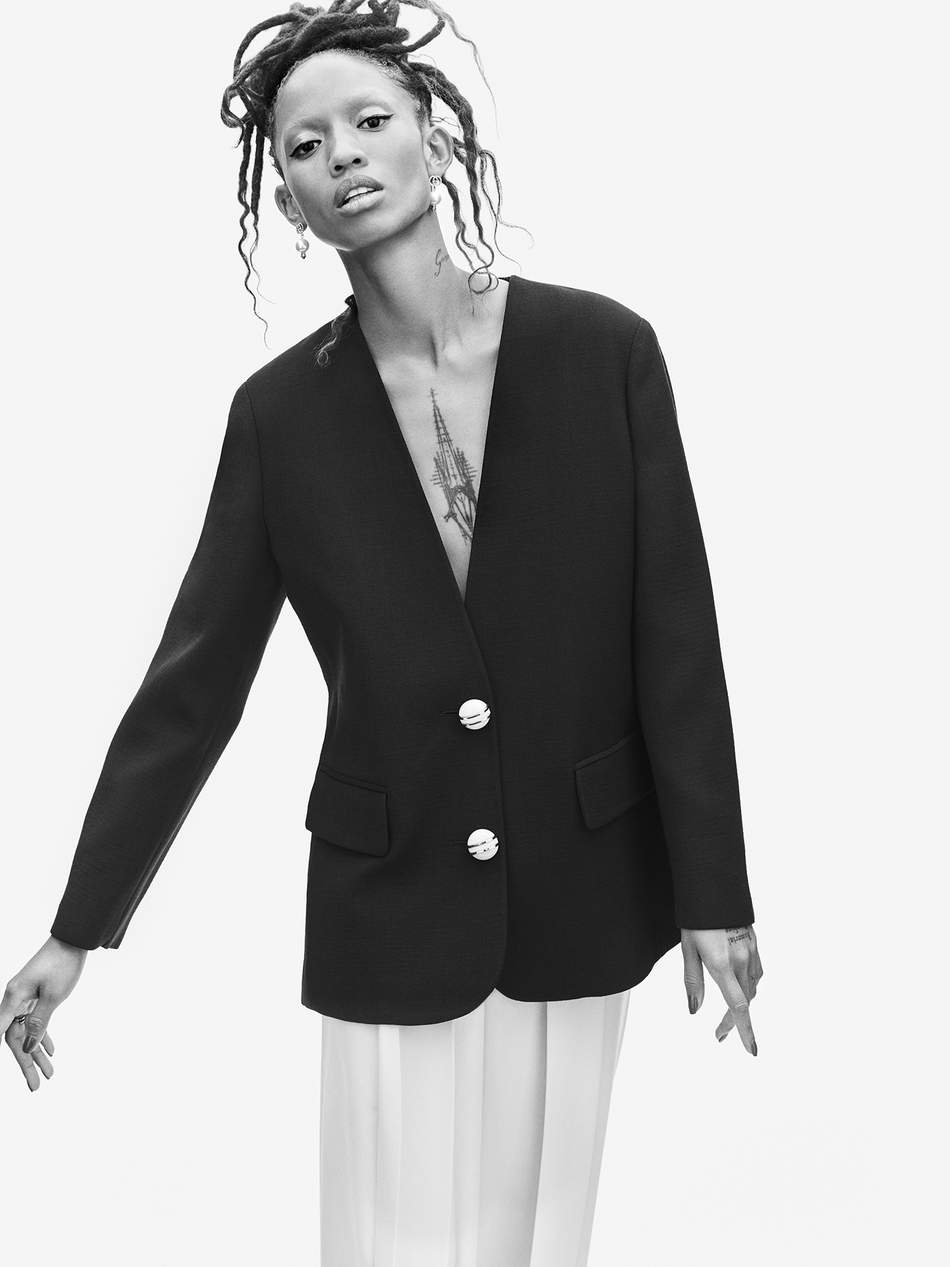 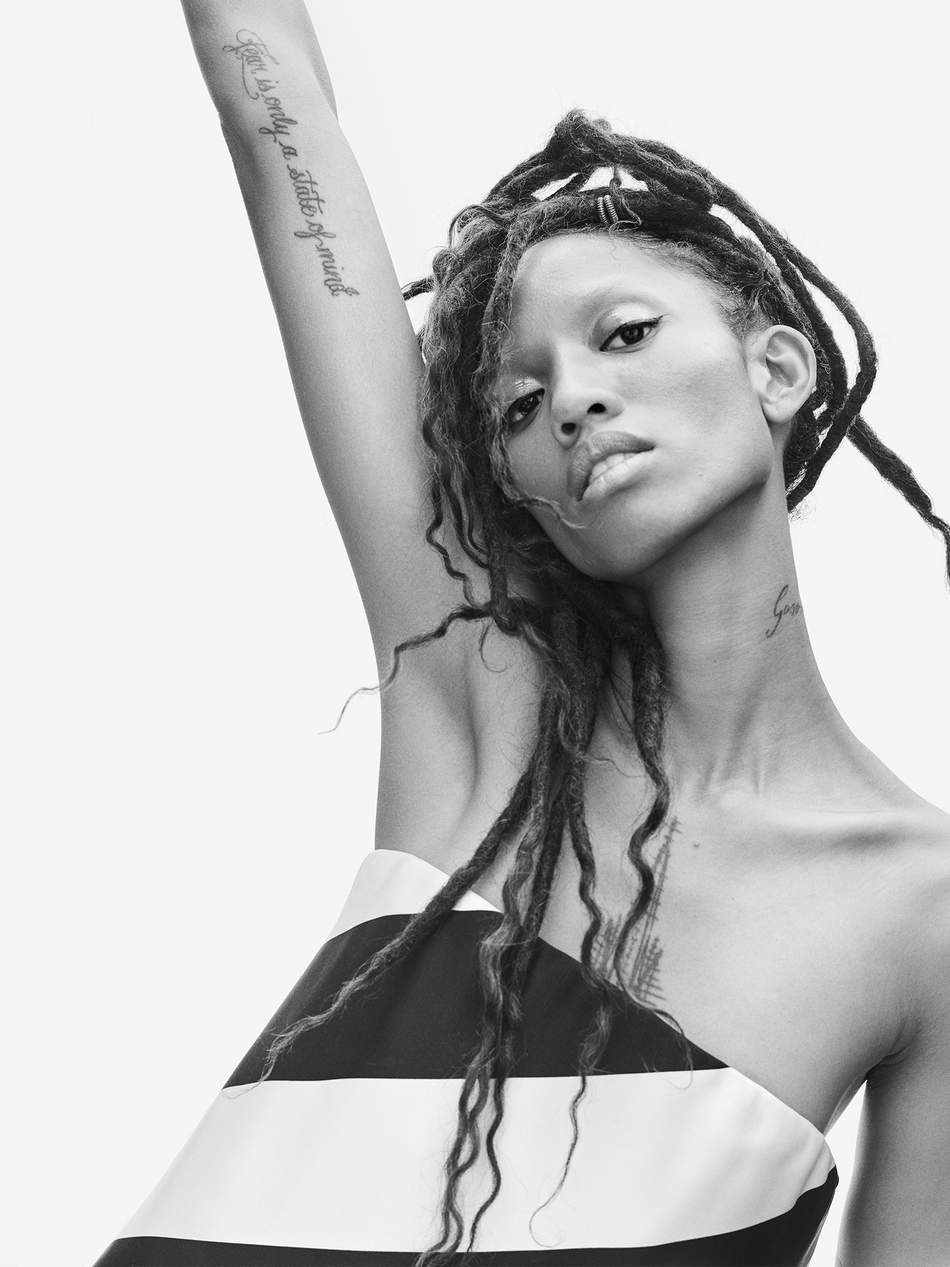 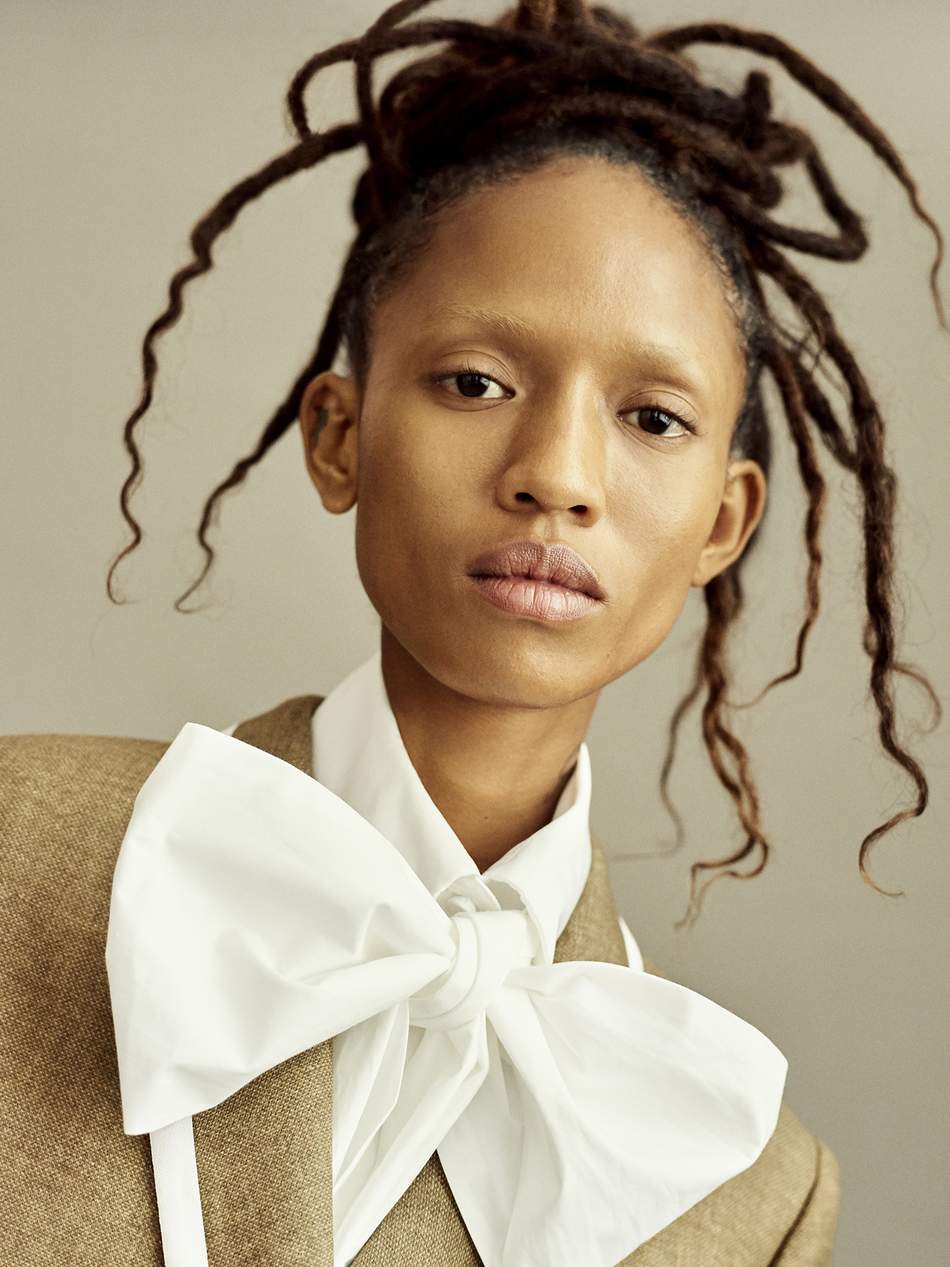 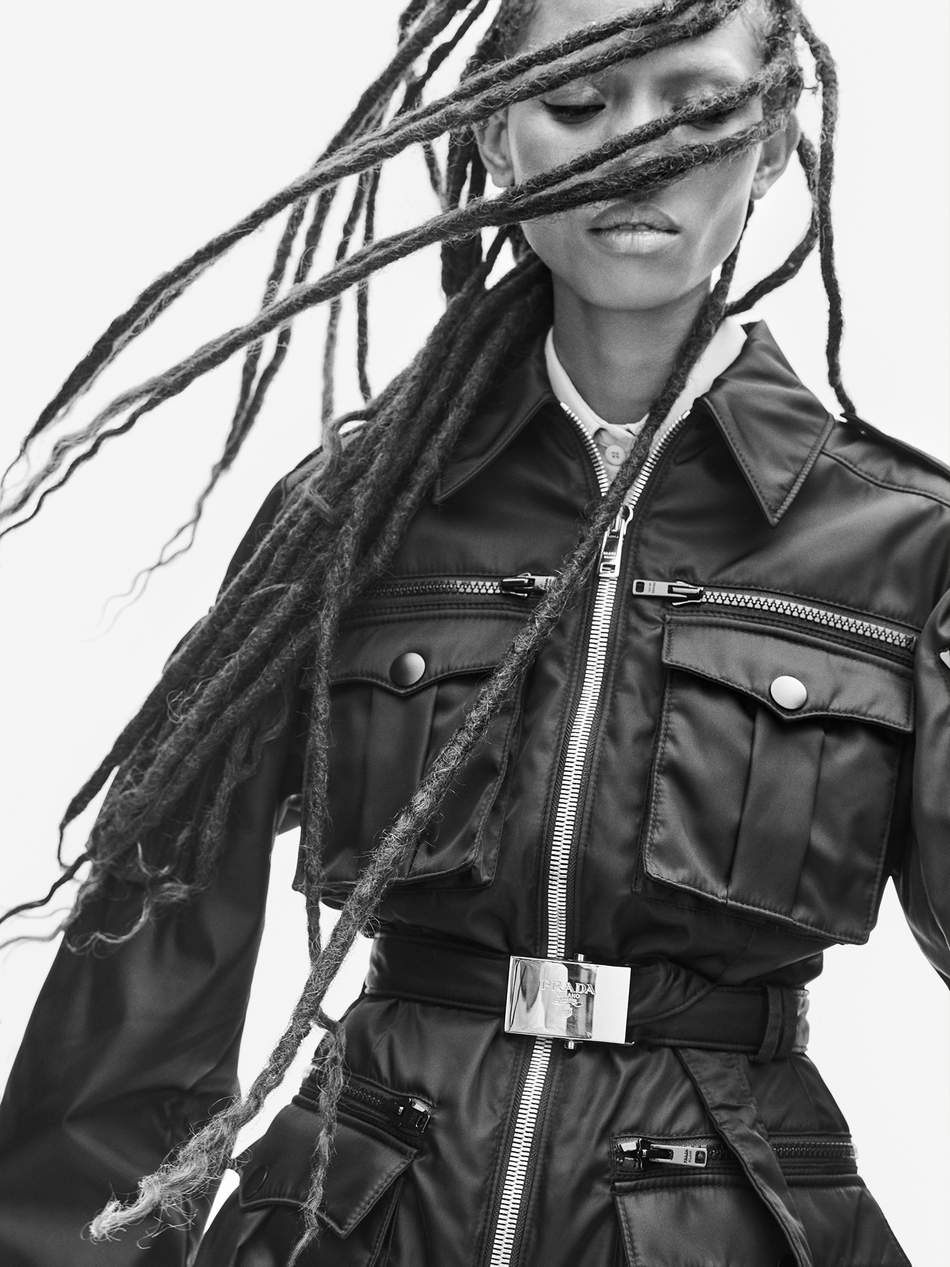 Inside Temi Otedola’s Exclusive Conversation Over Brunch with Ade Samuel

Abuja Based Perfumery, Rare Dahlia Unveils New Global Campaign! “I Am Every Woman”