Virgil Abloh Is “The Disruptor” For #BOF500’s 6th Print Edition 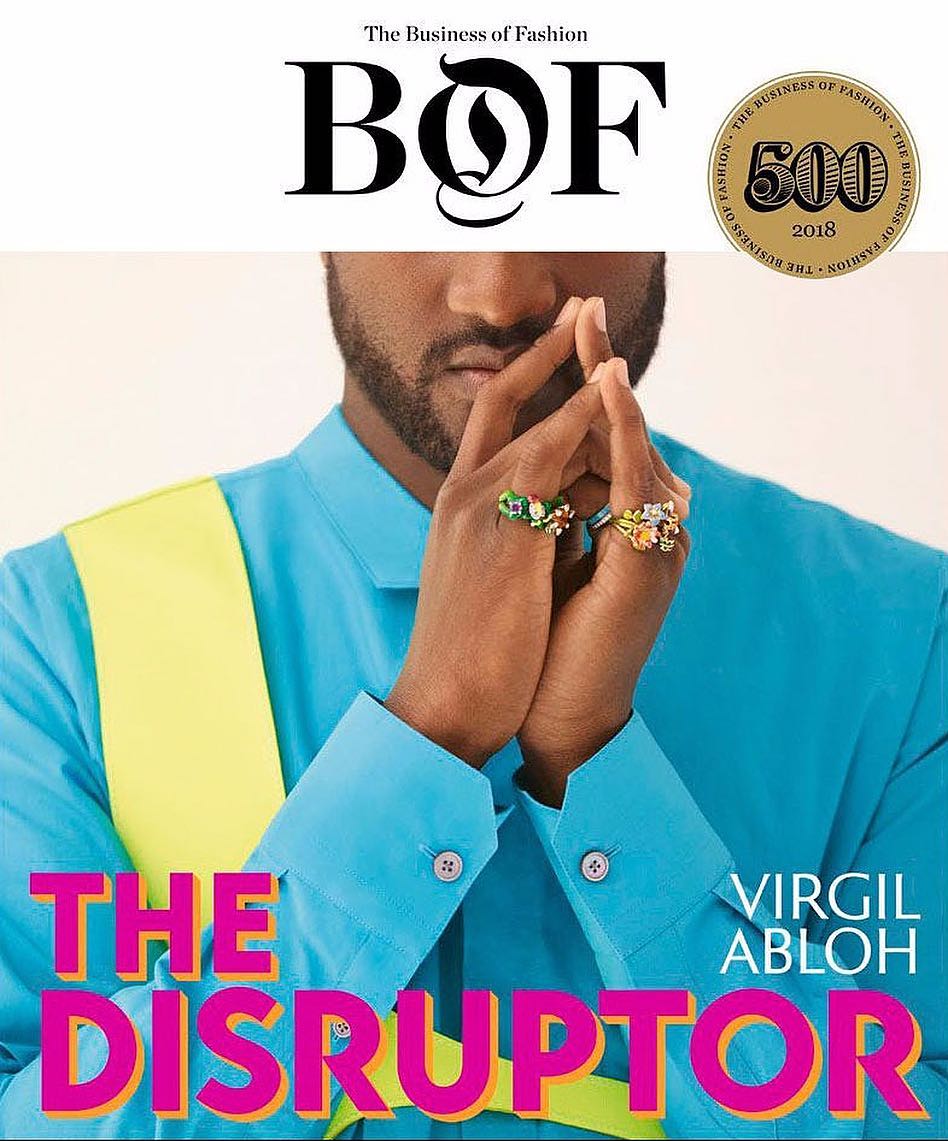 Amongst these great intellectuals is Virgil Abloh tagged The Disruptor. When Virgil first appeared on the fashion scene, he attracted his fair share of naysayers, fortunately for him, that skepticism was put to rest this past June when the Ghanian founder of luxury streetwear brand Off-White unveiled his debut collection as the menswear artistic director of Louis Vuitton.

Virgil has become one of the few black designers to disrupt the fashion industry globally, hence he deserves the well-accorded praise. After his announcement as Loius Vuitton’s new artistic director, he knew this was his opportunity to make a statement about what his tenure at the world’s most famous fashion brand would turn out to be. Virgil has become a role model for kids around the world chasing their dreams.

BOF is set to unveil the 6th annual #BOF500 on 10 September, we look forward to seeing more Africans who are making a mark just like Virgil on the cover.

Adwoa Aboah Bares It All for Allure Magazine’s Skin Issue