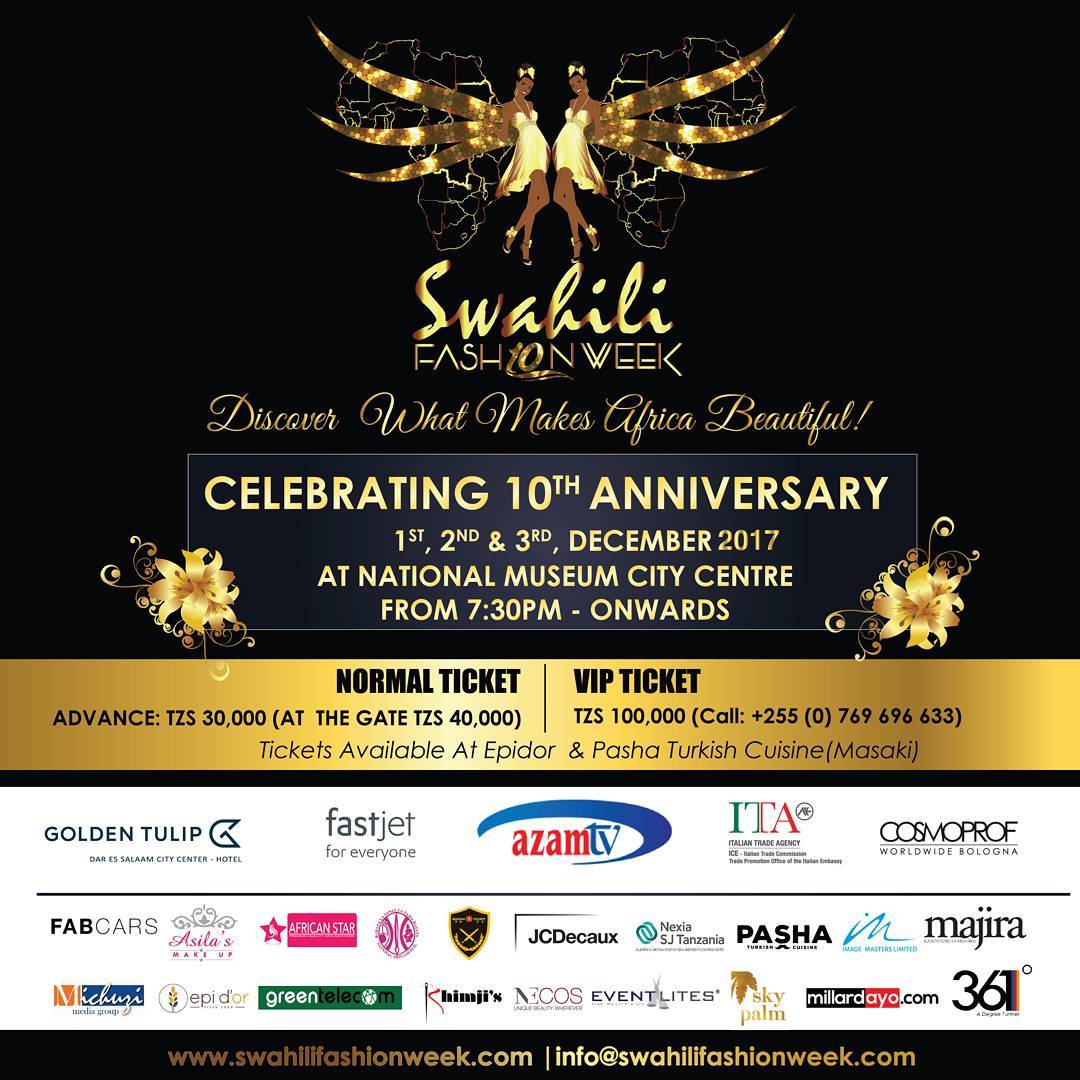 Swahili Fashion Week, one of the biggest annual fashion events in the whole of East and Central Africa is set to host its 10th anniversary this year at the Sea Cliff Hotel in Tanzania.

The Fashion Week which was founded and created by celebrated Pan African couturier from Tanzania, Mustafa Hassanali in 2008 aims at providing a platform for fashion and accessory designers from Swahili speaking countries and beyond to showcase their talent, market their creativity and network with local clientele and the international fashion industry.

This is to emphasize that fashion is an income generating creative industry, meanwhile promoting a Made in Africa concept.

The Swahili Fashion Week 2017 will mark the 10th anniversary of the annual event and will consist of 3 days of runway shows, pop up stores and an awards show on each day celebrating the best of best in various sections within the fashion industry from the 1st to 3rd of December.

Some of The Award Categories include

For the full list and other information visit www.swahilifashion.com

Flaws And All: Toke Makinwa Speaks On Personal Style, Bonang Matheba & Why She’s A Gucci Girl