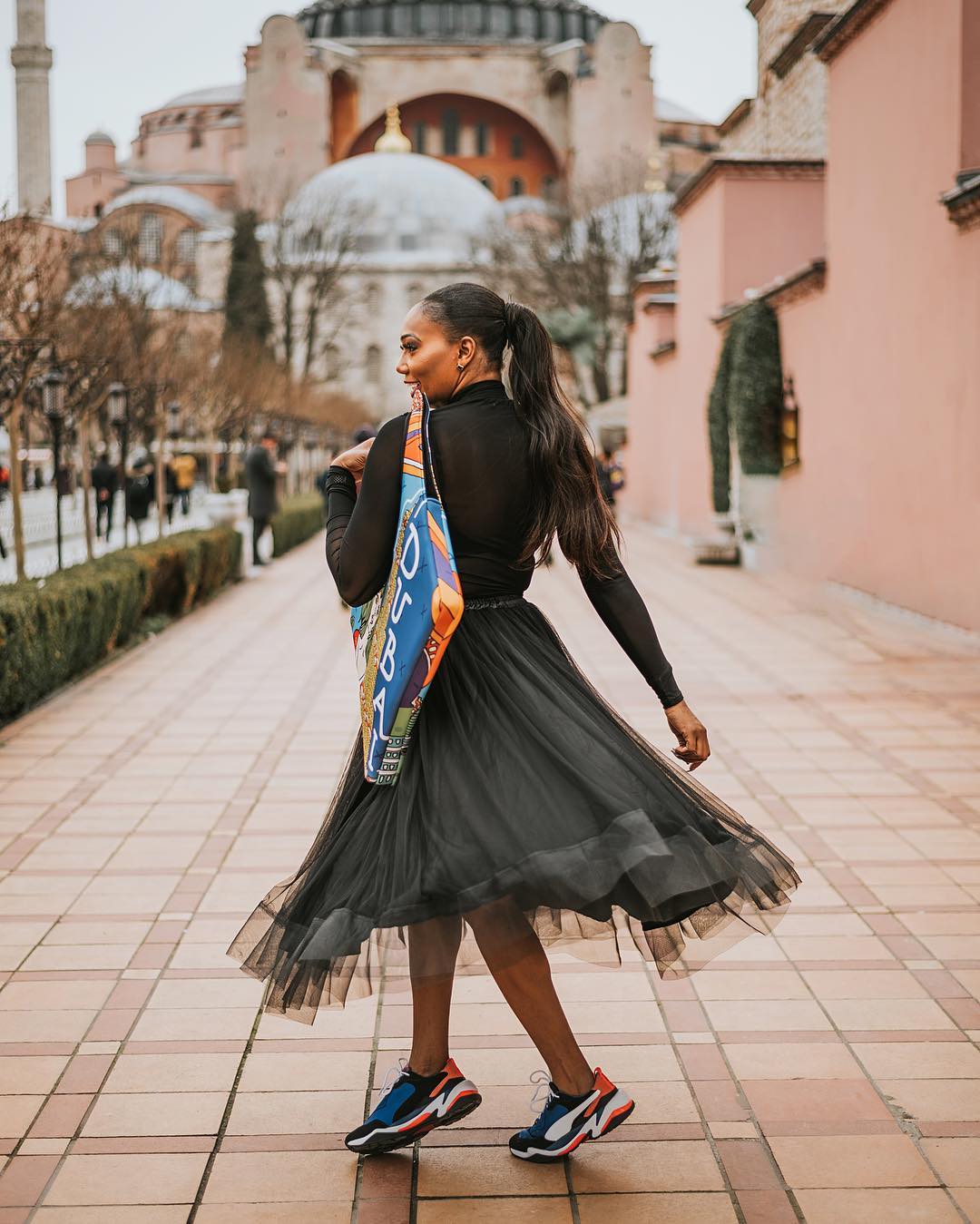 The recent installment of Ogwa  Iweze’s digital series Fashion and The City have featured fashion influencer and creative director Ogwa Iweze exploring the beautiful city of Istanbul, Turkey. In this installment, in particular, Ogwa goes to one of Istanbul’s top tourist attraction – Hagia Sophia Museum.  As one would expect from Ogwa, she steps out looking fashionable in an all-black ensemble and with a very quirky bag that we are definitely adding to our wishlist. 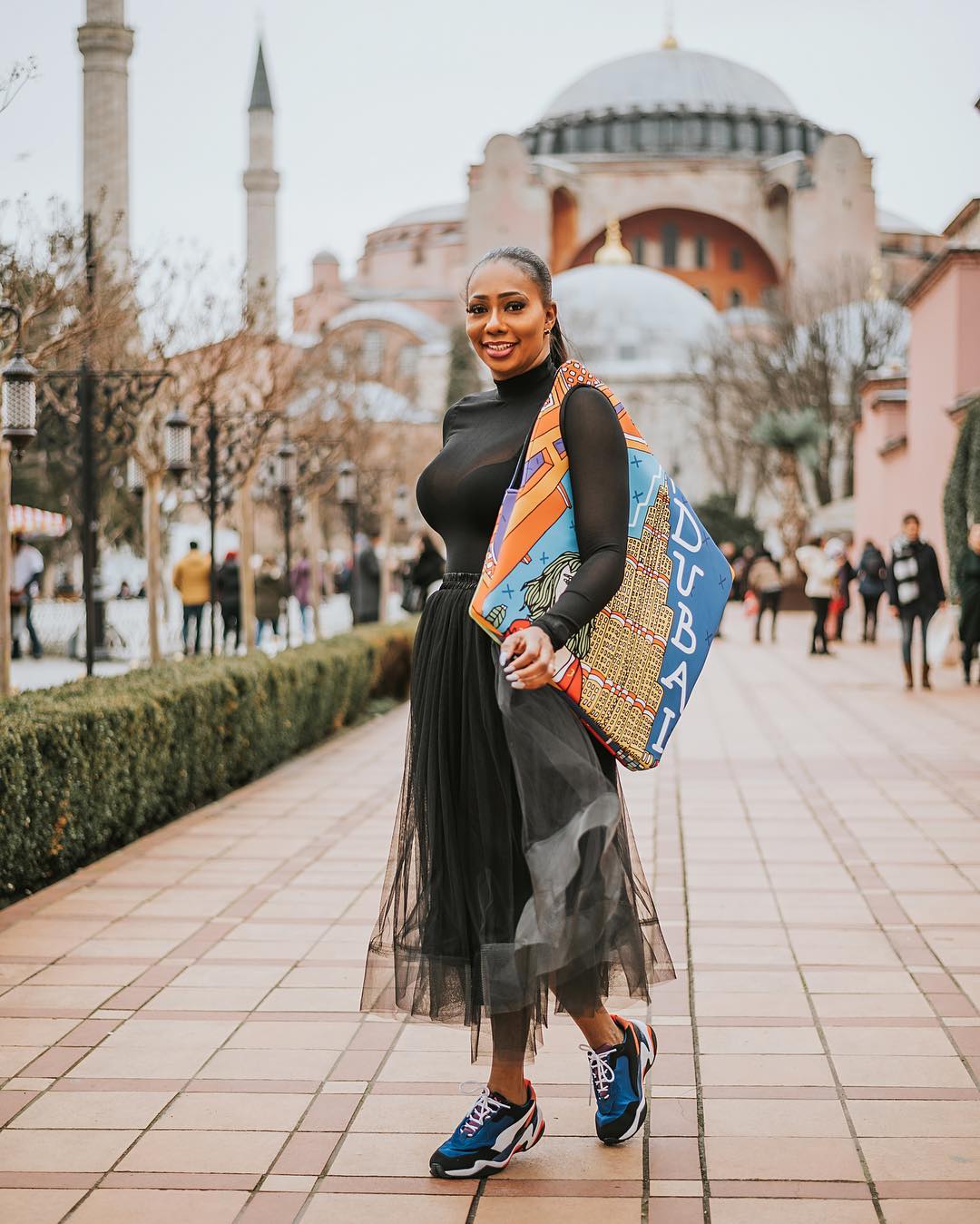 The fashion influencer explored the Hagia Sophia Museum where she was spotted wearing black fitted long sleeves which she paired with an equally black sheer pleats skirt, a pair of steel blue shoes which added an athleisure touch to the ensemble which we love and an interesting bag with caricature prints. Ogwa shared the beautiful pictures alongside this caption on Instagram.

Hagia Sophia is the former Greek Orthodox Christian patriarchal cathedral, later an Ottoman imperial mosque and now a museum in Istanbul, Turkey. Built in 537 AD at the beginning of the Middle Ages, it was famous in particular for its massive dome.
It’s beautiful inside.

Image @istanbulportrait
Bodysuit @eb_moda
Skirt : Wardobe find.
This bag has my favorite city on it so I fell in love @morikukko 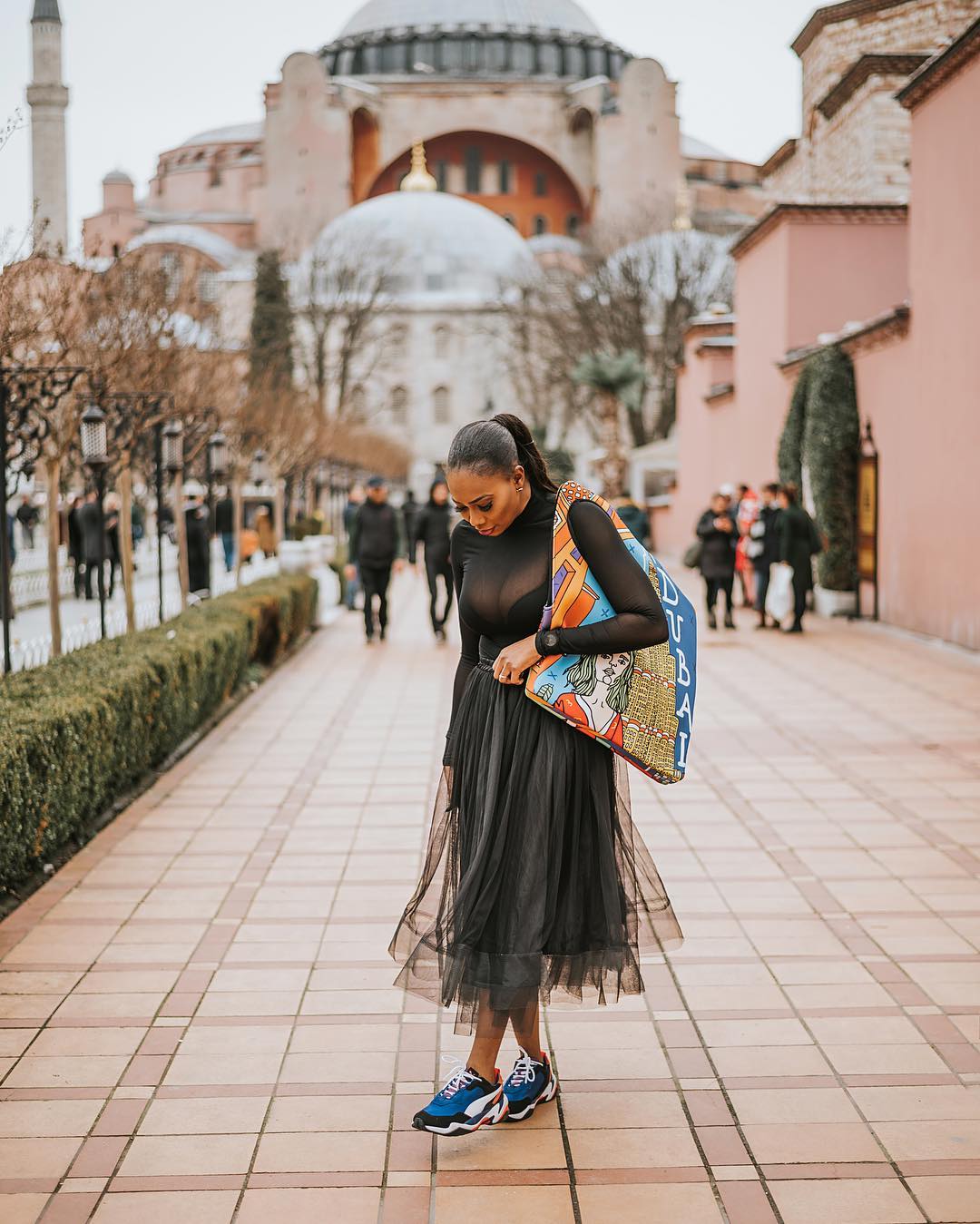 How to Rock Wana Sambo – According to Waje and Beverly Naya

Flavour Takes This David Tlale Two Piece Set For A Spin And We Approve!

Okay, Veronica Odeka, This Is How You Style a Glam Casual All-Black Look