Get the Look: Mo Abudu as The Queen of Arabian Nights 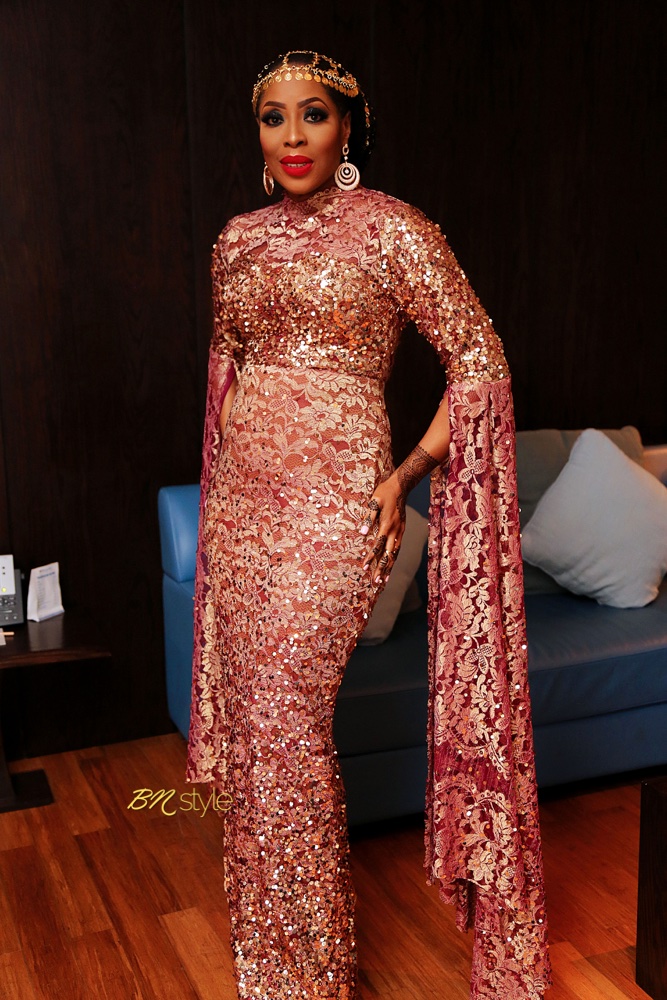 For the premiere of The Wedding Party 2, media entrepreneur and CEO of EbonyLife TV, Mo Abudu looked absolutely stunning in her Arabian Chic outfit by Lanre Da Silva Ajayi. Legendary makeup artist and beauty entrepreneur, Banke Meshida Lawal of BM Pro did her makeup for the big night and to complete her Arabian look, Mo got her henna done by The Henna Place.

Here’s what Banke Meshida Lawal told us about the Arabian-inspired smokey eye and red lip look;

The trademark Arabian glam is a heavy brow and heavy lipstick combination, I did a look adapted to her features. Deviating from our regular more subtle dark eyes paired with a nude lip (in BM Pro Cupcakes) we went all red glam using BM Pro Redd mixed with BM Pro Tomatoe Longlasting Lipgloss.

She has the most beautiful cheekbones so I used NARS 2 tone blusher mixed with BM Pro Millionaire and Apple Glow blusher to highlight that. The BM Pro Shine-Free Makeup Base kept her face shine free and glow-y all night and her Brows was locked in place with BM Pro faded eyebrow gel. 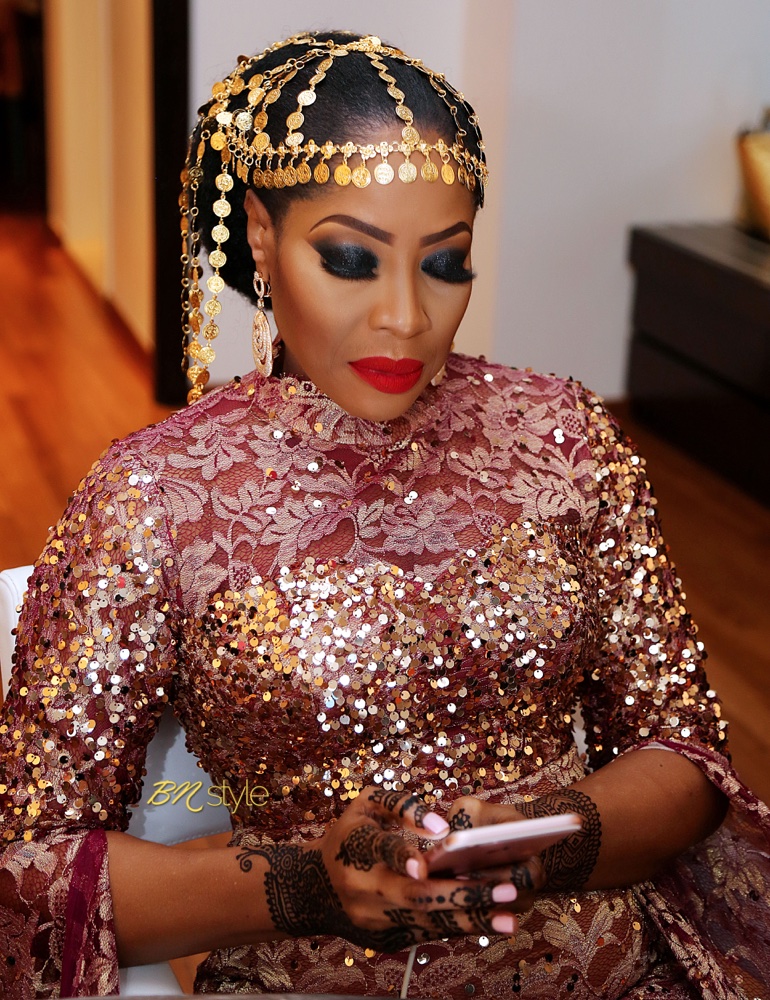 Esther Tom of Game of Fros spoke to BellaNaija Style about how she achieved Mo Abudu’s lovely hairstyle for the night. Here’s what she said;

We started off with a quick wash (shampooing and conditioning), then followed by applying a leave-in conditioner and sealing with Shea Butter. After being left to air-dry for a couple of hours, we proceeded with a blow-out on medium heat.

The perimeter of the hair was parted and set aside. The middle part was conrowed spirally and crochet installation began using a latch hook and Marley Hair Extensions. The technique is called a One-way Vixen Crochet Method. When it was fully installed, the hair on the perimeter was brushed to overlay the extensions for a natural look.

Next, the edges were sleeked down using edge control, after which it was tied firm with a silk scarf for a considerable amount of time. When it was certain the edge control had set in, the scarf came off and we began wrapping up the bun meticulously, securing it in place with bobby pins. 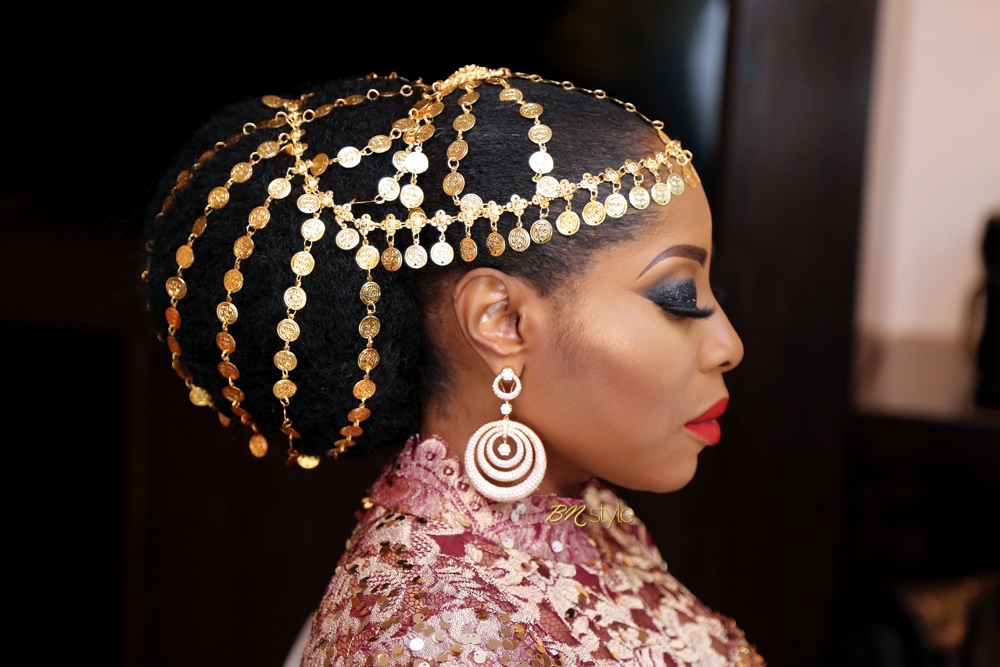 On picking the hairstyle

Initially, I had gotten a brief that we were aiming for a sleeked back look. On arrival, I got the memo of it being a sleeked back mega bun. So yes, the idea was 100% hers.

She made provided for the hair accessory. There couldn’t have been a better choice! It was perfect for the theme of the occasion (Arabian) and it accentuated the size of the bun. 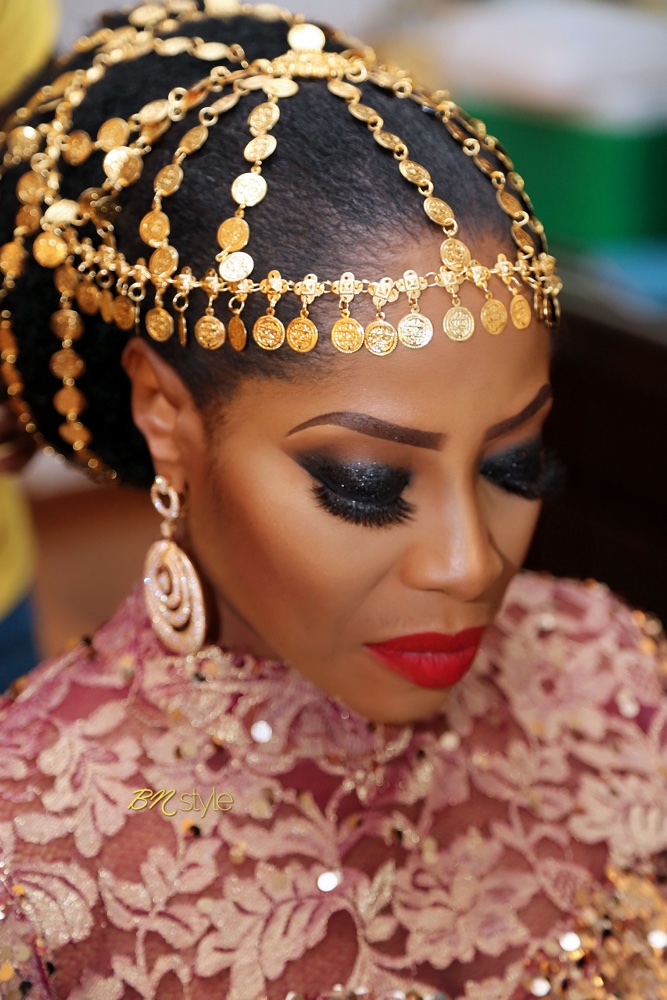 On research and technique

I am well schooled on Crochet installation techniques therefore it wasn’t difficult to visualize the ‘cornrow base’ for a Vixen installation that fits a mega bun. Knowledge of this sort comes from lots of research through pictures, videos, trial and errors. Understanding the texture and density of your client’s hair gives you a better idea of the technique and choice of hair extensions to use. 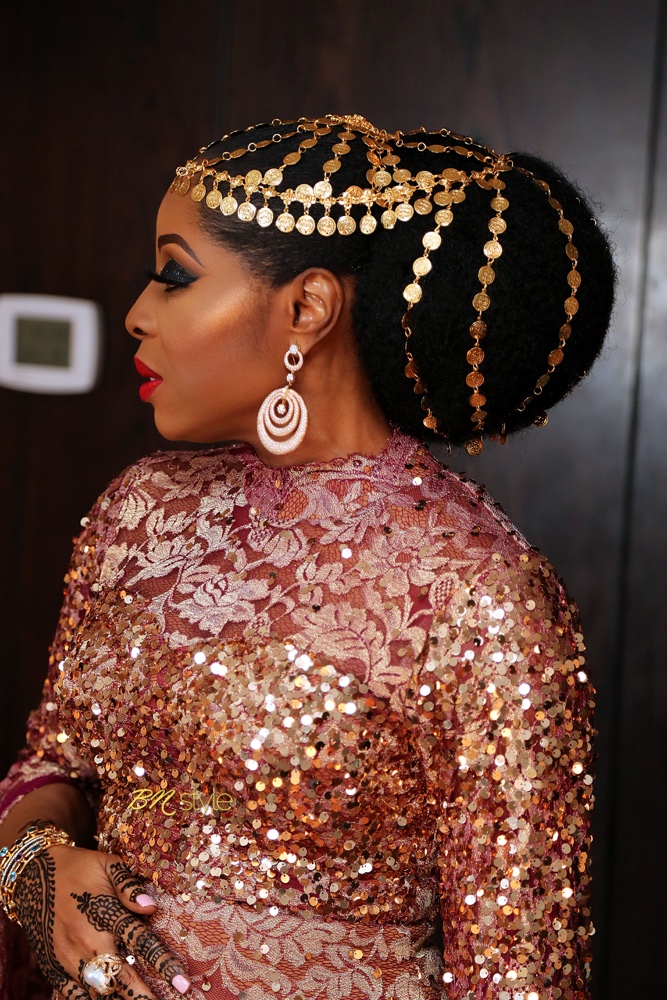 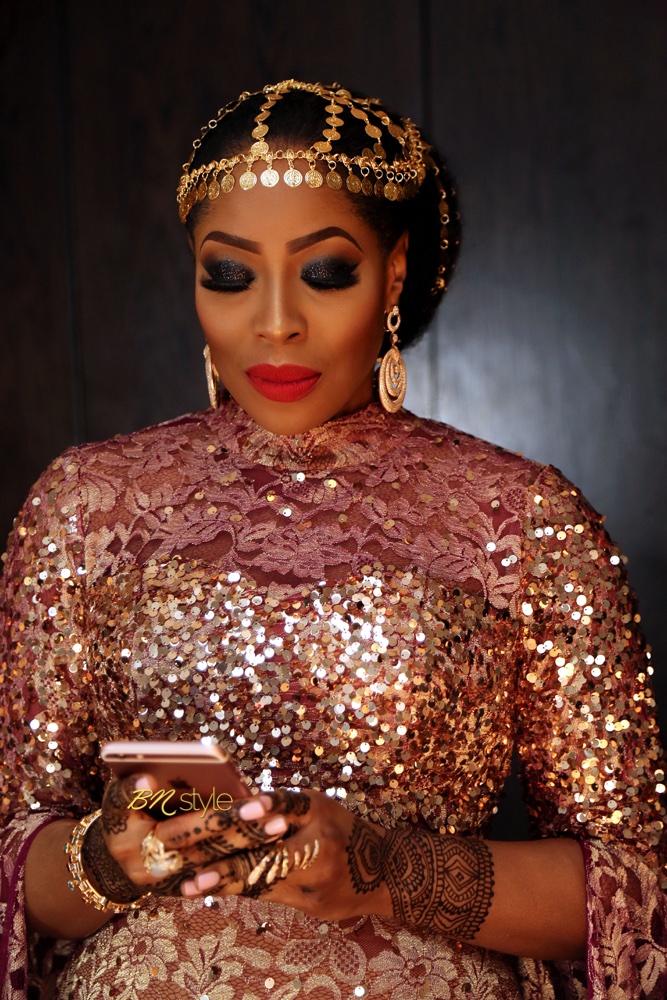 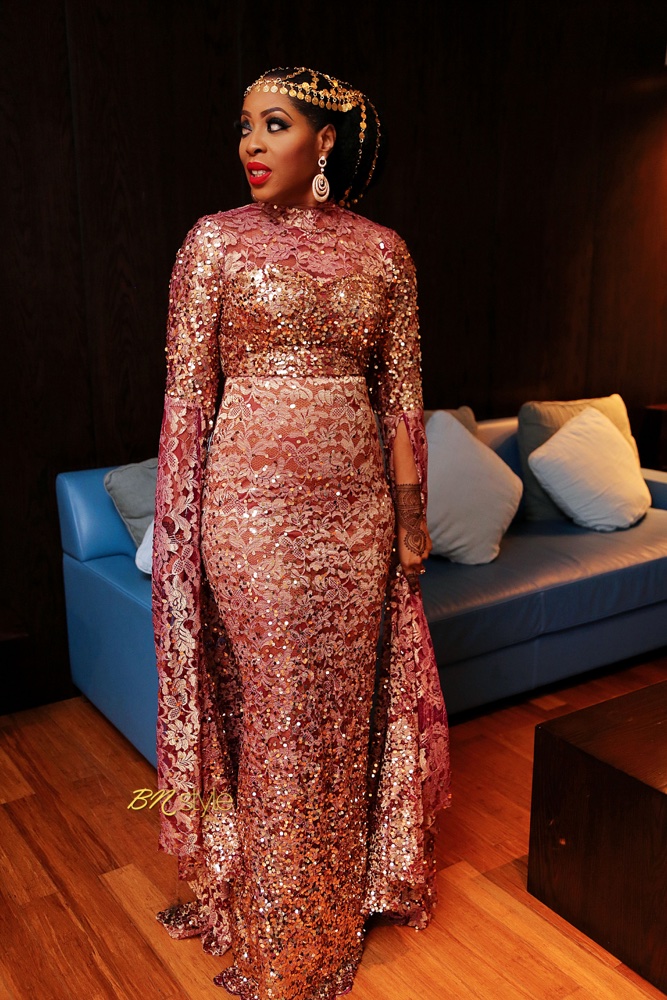 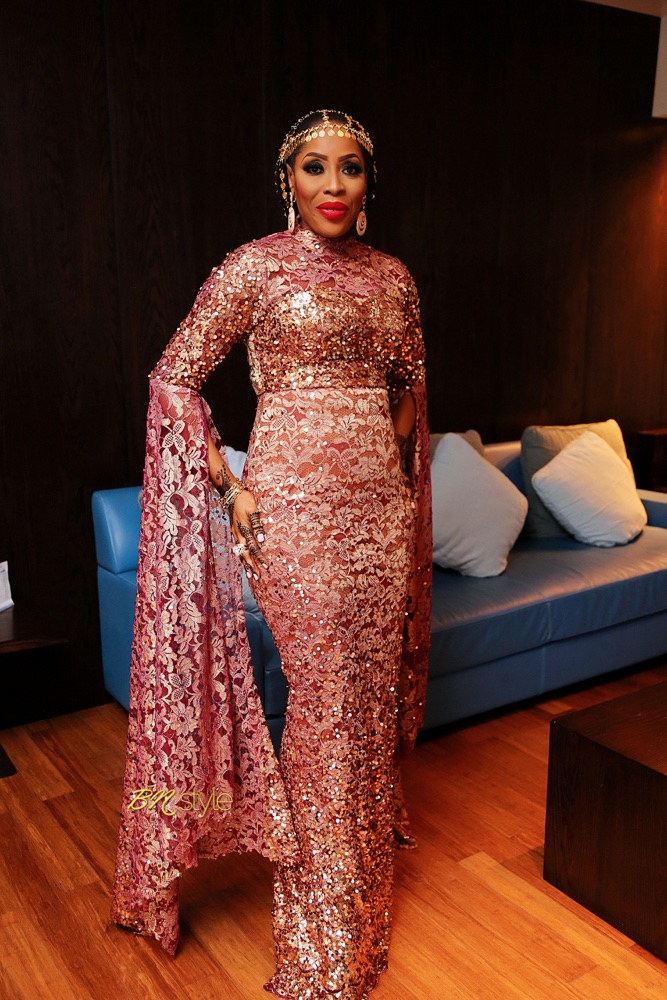 Our Top Beauty Instagrams This Week, July 12th : Who Was Your Fave?

WATCH: Let Beauty By Bemi Show You How to Lay a Straight Closure Wig to Perfection

WATCH: Your Guide to Finessing Glitter Eyeshadow, Thanks Vanessa Gyimah

Our Editors Agree, These Were The Chicest Looks At Lancôme’s Idôle Fragrance Launch In Lagos