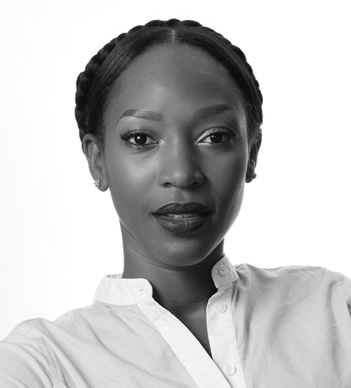 Vanessa Kingori MBE is an award-winning publisher and one of the leading personalities in the global publishing and fashion industry. A former fashion manager at Esquire Magazine, Vanessa recently became the Publishing Director of British Vogue (her appointment takes effect in January 2018), the most commercially successful magazine in the United Kingdom.

In recognition of her stellar career, Vanessa was awarded an MBE in the Queen’s Birthday Honours List in 2016. She is also a member of the Mayor of London’s Brexit Expert Advisory Panel.

On the 11th and 12th of November 2017, Vanessa Kingori will be at the GTBank Fashion Weekend where she will share her vast knowledge on the global trends shaping fashion, as well as how to break the barriers facing Men’s fashion. 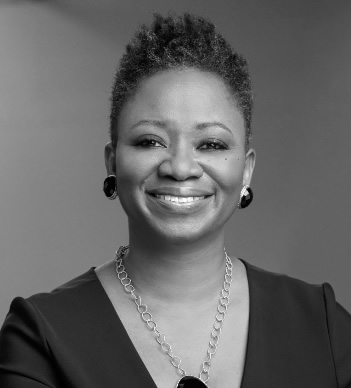 Vanessa De Luca is an award-winning journalist and the Editor-in-Chief of Essence Magazine, the leading magazine for African American women.

Vanessa joined Essence more than a decade ago as the Beauty and Fashion Features Editor, in charge of all style and beauty sections. She was later named the Lifestyle Director, managing the magazine’s coverage of food, home, parenting, and technology, and in 2012 she was named the Editor-in-Chief of the magazine.

A TV personality, Vanessa has also appeared on numerous television networks including NBC’s Today Show, MSNBC’s Morning Joe, CNN, Huffington Post Life, amongst others. She is also on the board of ColorComm, a networking organization for women of color working in communications.

On the 11th and 12th of November 2017, Vanessa De Luca will be at the GTBank Fashion Weekend to share her vast knowledge on curating content for a Fashion Editorial. 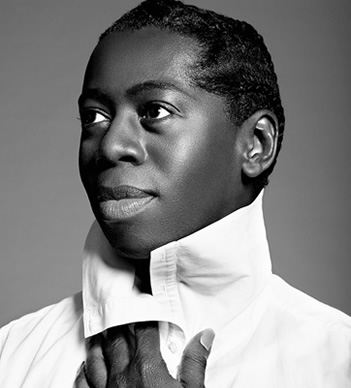 Jay Alexander is a reality TV personality and runway coach, best known for his work on the popular TV show, America’s next top model. Born Alexander Jenkins, J, as he is popularly known, became a runway model as a teenager before turning to casting and coaching in 1991.

J’s nearly 30 years casting and coaching career has seen him groom some of the biggest names in the industry, among them supermodels Nadja Auermann, Claudia Mason, and Julia Stegner. In 2003, J joined the popular TV show America’s Next Top Model first as a runway coach and later as a judge. He is one of the longest-serving casts in the television program.

On the 11th and 12th of November 2017, J Alexander will be at the GTBank Fashion Weekend where he will share his wealth of experience on how to build a successful modeling career and create Africa’s next Supermodel. 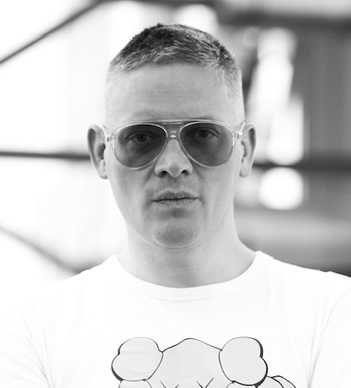 Giles Deacon is an award-winning fashion designer known for challenging the traditional ideas of womenswear. Deacon’s designs have been met with critical acclaim and have sparked a renewed interest in British fashion.

With a strong following among renowned actresses, models, and influencers, Deacon has dressed popular celebrities such as Angelina Jolie, Thandie Newton, Kate Moss, Pippa Middleton, Sarah Jessica Parker, and Solange Knowles, amongst several others. Giles is also an established illustrator and his works have appeared in publications such as the Interview, I-D, The Face, and Pop.

On the 11th and 12th of November 2017, Giles Deacon will be at the GTBank Fashion Weekend where he will share his wealth of experience on how to leverage talent, and entrepreneurship to build a successful fashion brand. 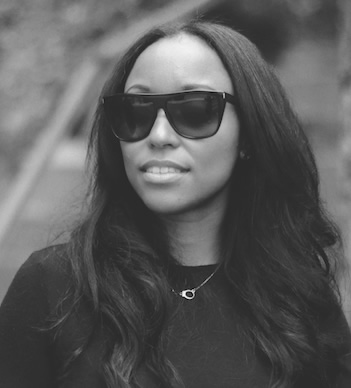 Shiona Turini is a prolific freelance stylist and editor who has worked with over a dozen magazines and publications, ranging from Teen Vogue to Cosmopolitan, the largest women’s publication in the world. Amongst others, she has worked with the international brands Christian Dior, Salvatore Ferragamo, and Bergdorf Goodman.

After fostering a creative relationship with Solange Knowles, Shiona and the Grammy-winning artist entered a partnership, styling videos Don’t Touch My Hair and Cranes in the Sky. In 2014, she worked with esteemed director Melina Matsoukas, styling Beyonce’s widely-popular Formation video and in 2017, was the lead stylist for the equality campaign of global brand Nike, which featured LeBron James, Serena Williams, and Gabby Douglas.

On the 11th and 12th of November, Shiona Turini will be at the GTBank Fashion Weekend to discuss fashion in the digital age. 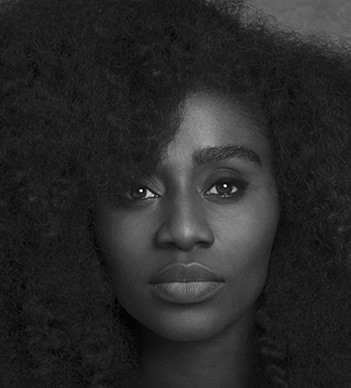 TY has built an amazing portfolio as one of Nigeria’s foremost photographers and a member of the talented photography collective, Depth of Field. Her evocative portraits have made her one of the most applauded and keenly sought after portrait photographers in the country. Indeed, she has the unique distinction of having photographed three sitting Nigerian Presidents.

TY’s works also include social initiatives, such as an annual photography exhibition to raise funds for orphans in Nigeria. In 2016, she brought to fame, Olajumoke Orisaguna, who she helped turn from a street bread seller to a professional model featured on the front page of Style Magazine.

On the 11th and 12th of November 2017, TY Bello will be at the GTBank Fashion Weekend where she will treat guests to an exciting Master Class on Fashion Photography whilst sharing with them, the secret behind iconic images. 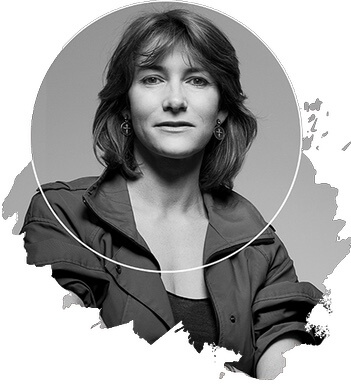 Sophie Hedley is a fashion consultant and PR expert reputed for her editorial work with top fashion magazines such as Tatler, British Vogue and In Style as well as her PR roles in leading fashion outlets such as Club 21 and Selfridges.

Sophie is currently the Communications and PR Director of Value Retail, the only company to specialize exclusively on the creation and operation of luxury outlet destinations, such as Bicester Village in London, amongst 10 others across Europe and China.

On the 11th and 12th of November 2017, Sophie Hedley will be at the GTBank Fashion Weekend to offer insights on how to successfully position a fashion brand. 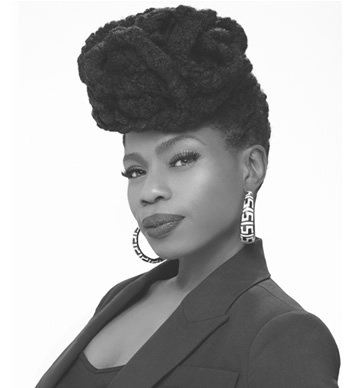 Forced to look elsewhere due to corporate downsizing, Danessa turned her love for makeup into a career that has seen her create a global beauty blend of professional insight and wearable cosmetics available to every makeup devotee on the planet.

Danessa has also created robust educational resources to help others learn how to successfully start a career in makeup and build a successful business. She has authored bestselling books on contour, highlight, and color for makeup artists, whilst producing seminars globally featuring her best techniques.

On the 11th and 12th of November 2017, Danessa Myricks will be at the GTBank Fashion Weekend where she will treat guests to an exciting Master Class on how to create a thriving brand. 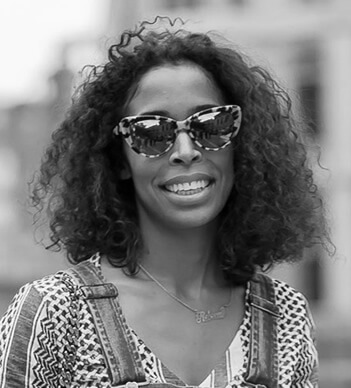 Rebecca Osei-Baidoo is a veteran fashion buyer with 20 years of experience working in the fashion industry.

Rebecca’s first job in fashion was working for the quintessentially French brand Agnes B. Shortly afterward, she moved to Selfridges, a chain of high-end department stores where she sold for designer brands such as Chloé, Alaia, Stella McCartney, Missoni and Matthew Williamson. She later joined the Selfridges’ buying office and has been a buyer for the last 14 years, during which she has built an illustrious career developing budding luxury businesses and working with established luxury brands.

Since 2016, Rebecca has been working for Russian distribution giant Tsum, the equivalent of Selfridges in Moscow, Russia. There, she is concerned with buying luxury brands and introducing smaller contemporary brands to the Russian market.

Having attended fashion events in Milan, Paris, New York, Copenhagen, Stockholm, Rio de Janeiro, Moscow and St Petersburg, Rebecca Osei-Baidoo will be at the GTBank Fashion Weekend, on the 11th and 12th of November 2017, to offer insights on how to successfully get your clothes in the right stores around the world.