John, Chiwetel and Daniel Too = Why Formal Menswear Matters

Menswear is not easy, and formal menswear is an art, a truism that  Chiwetel Ejiofor, John Boyega and Daniel Kaluuya can attest to. For some a tuxedo (Dinner-Jacket if you are from the UK) is much of a muchness, but as all of us ladies,  especially those of us who have been known to fall apart at the sight of a man who really knows how to put the whole look together properly can attest (see, self-reporting), when it is done well…well, wow! As we have two more epic red-carpet shut-downs to look forward to in Awards Season (the BAFTAS on the 18th February and the Oscars on the 2nd March), one thought it only right and proper, in anticipation to chart three high-watermark outings and what made them spectacular-spectacular to behold. It’s not only the girls who have fun on the red-carpet, formal menswear gives the guys many ways and means to dress and oppress. 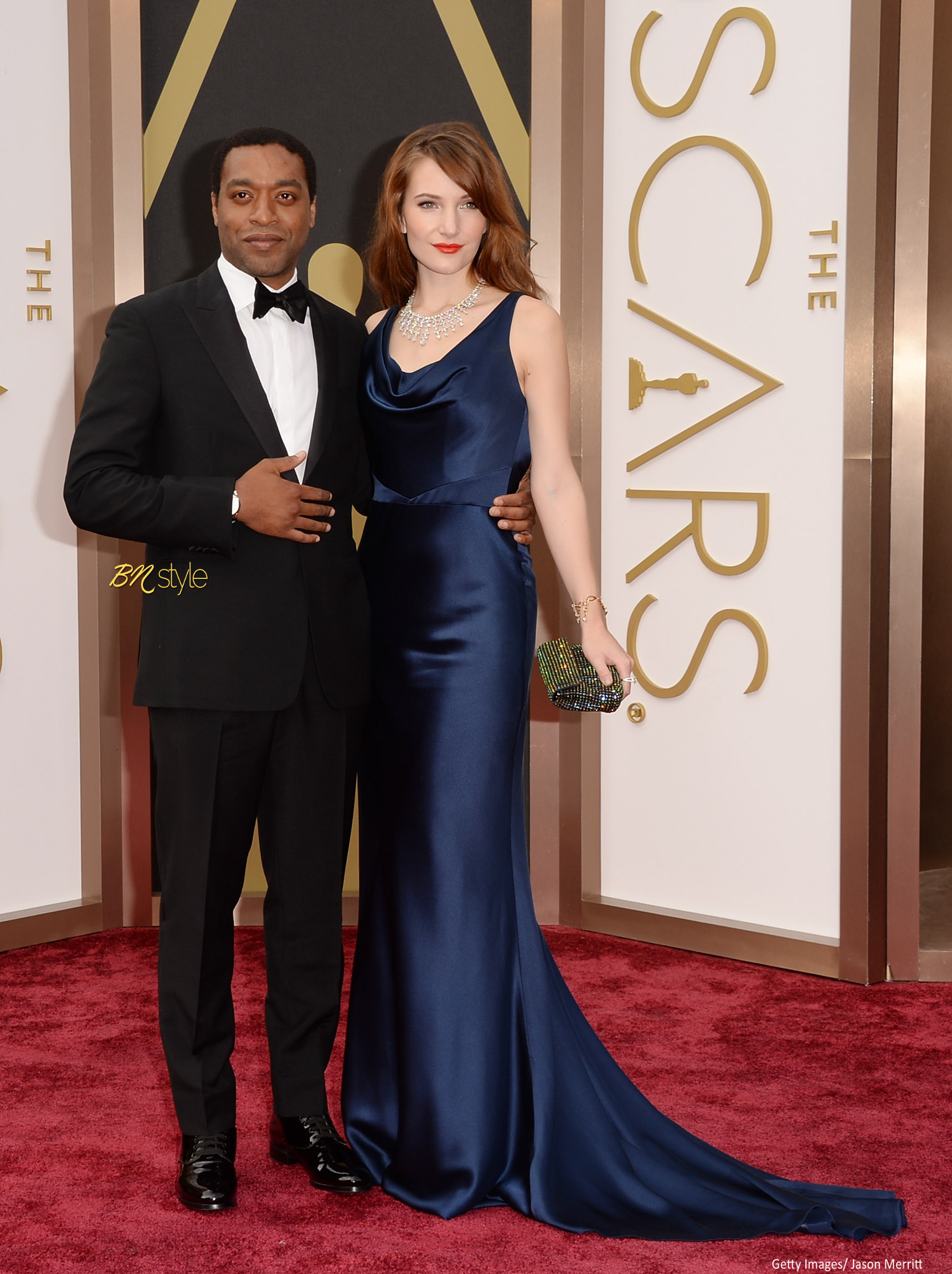 In the beginning there was Chiwetel. Okay, maybe not quite. Our African-American brothers have been holding it down on the Oscar red-carpet for quite some time, thank-you very much, but you get the picture. Back in 2014, the talk and mega-buzz was about 12 Years A Slave, and he was the front-runner to scoop the best Actor award. But alas, there was no Hollywood ending. However, we did get the undisputed shut-down on the Dinner Jacket matter. I tried hard (very, trust me) to find a picture that was him alone, but what can one say? He was a gentleman to the bone, with his date by his side throughout…But back to the matter, deep research failed to identify the designer of said sick dinner-jacket, but this particular killer two piece had a strong whiff of the ‘Row (that’s London’s Savile Row, the Mecca of menswear, bespoke tailoring in particular) about it. For the uninitiated observe the peak lapels, a particularly old-school touch, but Chiwetel kept it fresh and modern by dispensing with a waistcoat or cummerbund.  Now onto the accessories, which was where he really showed he did not come to play. The bow-tie was sharp and angular, no foppish knots here. A splash of flash (perhaps embracing his shine-shine Naija roots?) was seen in the patent  Christian Louboutin dress shoes. Before Cardi B there was Chiwetel E giving us red-bottom game. And then the complete how-to-make-your-boys jealous watch. Watches for men are like jewellery for women – a real separation of the wheat from the chaff occurs and it’s a space where there is no margin for error. In this instance he made an interesting choice, a Montblanc Star Roman Date Automatic with an alligator strap. He was just a tad matchy-matchy with Montblanc cufflinks, but when you are giving us Old Hollywood Matinee Idol flavours, the Africa edition, as he did here, all is forgiven. 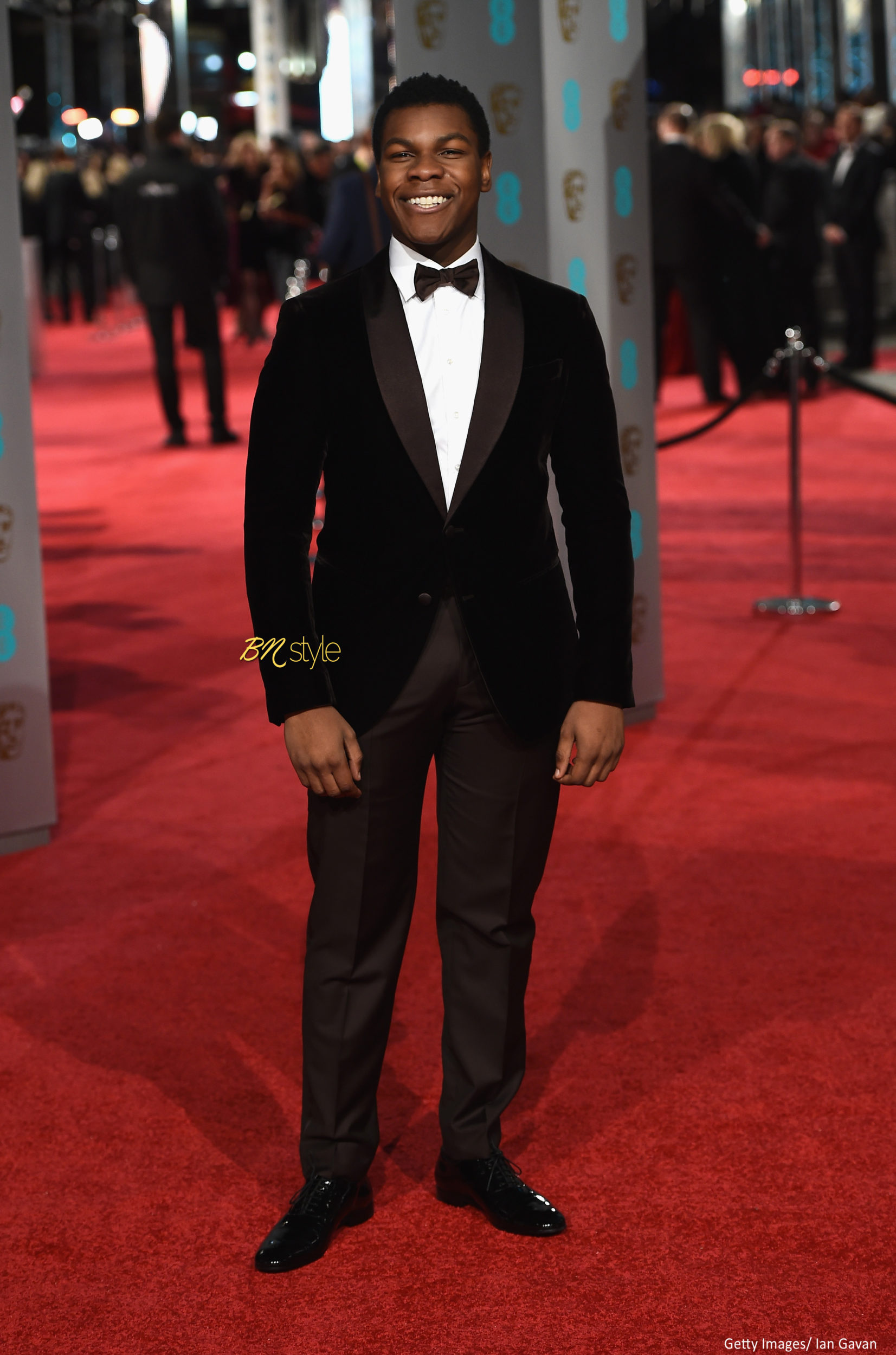 In 2016, a certain John Boyega lit the BAFTA red-carpet with a triple dose of talent (he scooped the EE Rising Star Award), swag (Peckham, South London by way of the maestros of Owambe fabulousity, Ogun and Oyo States, after all there ain’t no party like a Yoruba party) and major-league dinner jacket game. In a nod to British tradition John chose Burberry and kept things contemporary with a shawl collar rather than the peak or notch lapels and a two button rather than single button on the jacket. For traditionalists who might be eye rolling, I submit the defense that he was 23 at the time, so this slimmer fit look completely works, and besides who wants to dress link one old Uncle when you are at the height of your fine-bobo powers? The ace in the card with this ensemble however, comes in fabric and colour choices. No bore-snore black for John, but instead the inspired choice of chocolate, and who wants to fade to nothingness in wool when you can look like the most luxe chap on the carpet in velvet? If ever a Red Carpet moment shouted ‘Je suis arrivé” this was it. I would be smiling broadly too, if I knew I had completely and utterly slain all comers and that was even BEFORE the award was won. The naturalista inspired hair and grooming was equally au courant but he brought it back to classical with the choice of black patent dress shoes. The fact that colour and velvet have since become something of a signature look is evident that he is entirely comfortable with his Cool Kid on the Block credentials. If I had a young cousin, I would be strategising the hook-up. 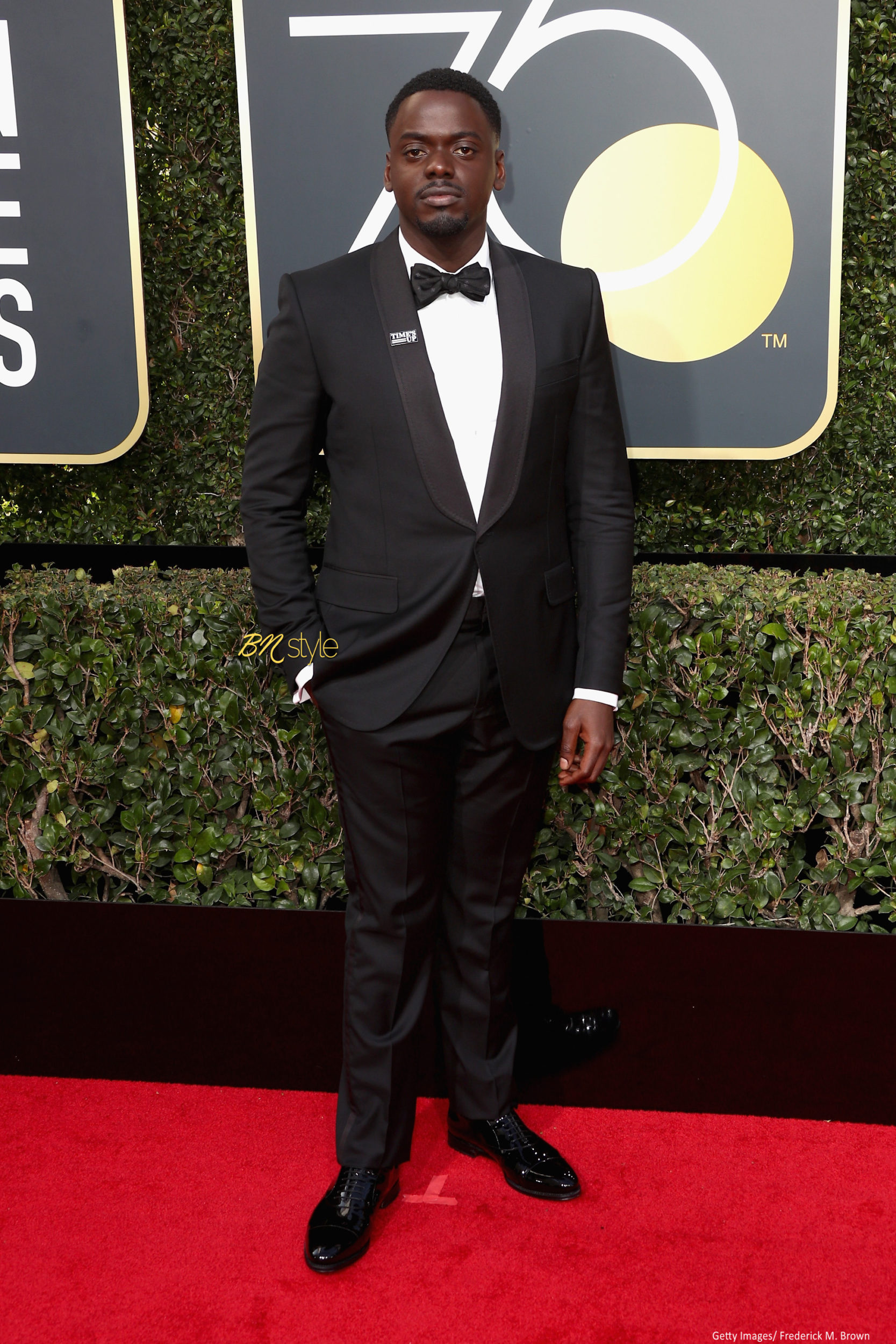 Last but not least is this year’s great hope for African Diaspora glory, Daniel Kaluuya. Let me admit my psychic fist-bumps right here, I feel an affinity because Daniel, like me is a Ugandan-British creative. However, I have never gone to the Golden Globes, much less been nominated for anything, so there our affinity ends. Up for a Best Actor Award in the BAFTAS and Oscars, for his break-out turn in Get Out, Daniel’s given us  a very relaxed but nevertheless thought through approach to the Red Carpet. Polo=necks, v-necks even t-shirts have been casually worn underneath dinner jackets in a manner that implies, ‘I just remembered at the last minute that I have a premiere to attend’ vibe. Pictured here at the Golden Globes, he came as close to super-formal as we have seen him, in a charcoal grey Ermenegildo Zegna single breasted shawl collar dinner jacket, but still brought insouciance to the table in his natty spotted bow-tie. The ‘Time’s Up’ pin indicated solidarity with the ladies and the black patent shoes showed an element of compliance, but one still feels he could surprise in these final two outings. Will he give us a white dinner jacket? Will the trouser length be shorter than expected? Will the goatee be dispensed with? More tassled shoes to be rocked as he did at the SAG Awards? Questions, questions, but one thing is sure all eyes will be on him, and fingers and toes are crossed my end that he will give us the double whammy of award win and red-carpet slay.

If this little jaunt in the highs and what to look out for in formal menswear has not gingered you dear reader, I do not know what will. I for one am a firm believer that a man’s formal wear choices indicate a lot about him. Is he a traditionalist or experimental? Is he a pay for the kids’ school fees or for one-night-only chap? Has he understood his body and the power of proportion? So much to consider, and to assess, but the end result, you know, the wobbly knees, someone get me a drink to steady the swirl in the tummy when a man gets it completely right, is undeniable.