Glam Africa Magazine’s “Beyond Beauty” Issue Is Promoting Body Positivity And You Need To See It Now!

Glam Africa Magazine explores beauty from a whole new perspective with a powerful campaign featuring 9 women who share their journey to embracing their own kind of beauty.

To celebrate Black History Month, the Magazine released a powerful campaign featured in their latest edition ‘Beyond Beauty’ for October – December which focuses on the changes in beauty standards for women of colour.

This campaign delves into recent discussions on colourism, African features and the stories of burn survivors, as well as those who deal with conditions such as alopecia and vitiligo. 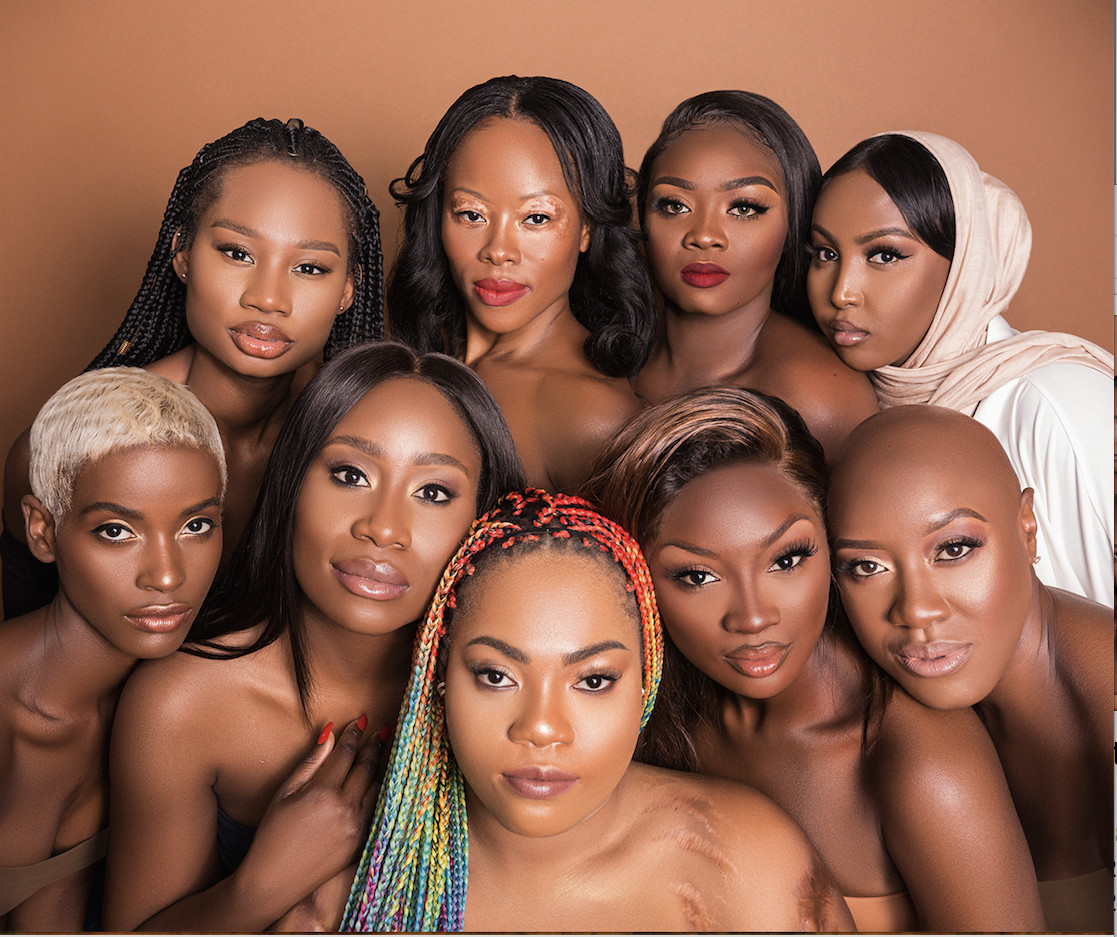 Through the stories of nine women featured in the campaign, it becomes clear that what beauty means today is so different from what it used to mean in the black communities.

With many Africans growing up in a typical African household where they are told who to be, what to be and how to go about it, it is an important discussion to be had, but slowly, change can be seen both in the media and within these communities thanks to women like those featured in this campaign who have used their social pages, and influence in the community to encourage change.

They have broken stereotypes, focused on being their true selves while embracing what others may describe as their ‘flaws’ and in some cases, had to learn to love themselves all over again.

For the ‘Beyond Beauty’ issue, Glam Africa magazine digs deeper to understand and showcase what beauty really means, in the various shapes, sizes and forms it comes, as well as the power of social media in exerting change within the black community today.

The campaign features, these 9 beautiful women: 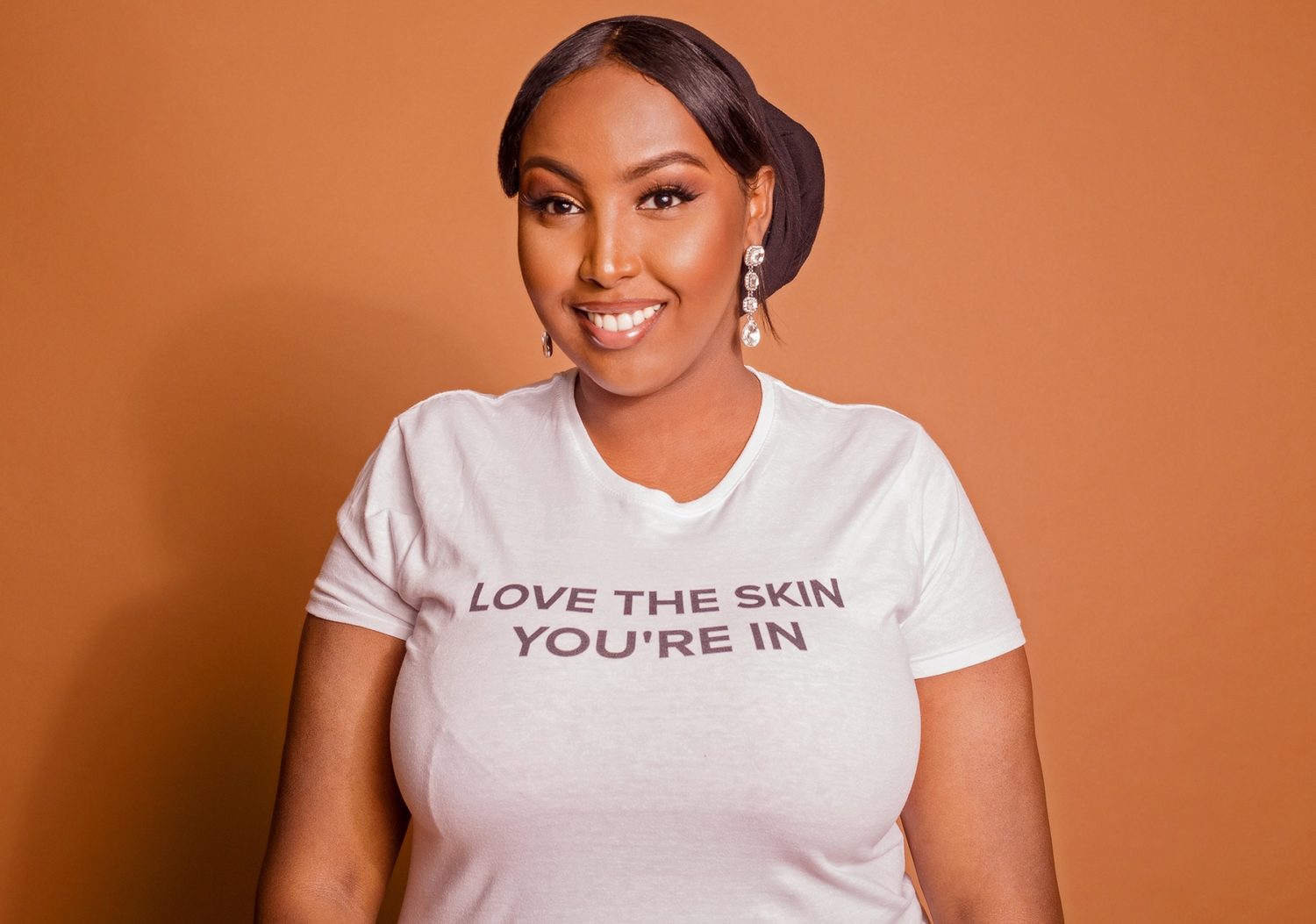 Hodhen Liaden (Beauty Blogger) who shares her journey on how she came to love her dark skin after being tormented about her shade when she was younger. To empower other dark-skinned Muslim women (whom she describes as ‘a minority within a minority’, she founded an online inspiration page called ‘Dark Skinned Hijabis’. 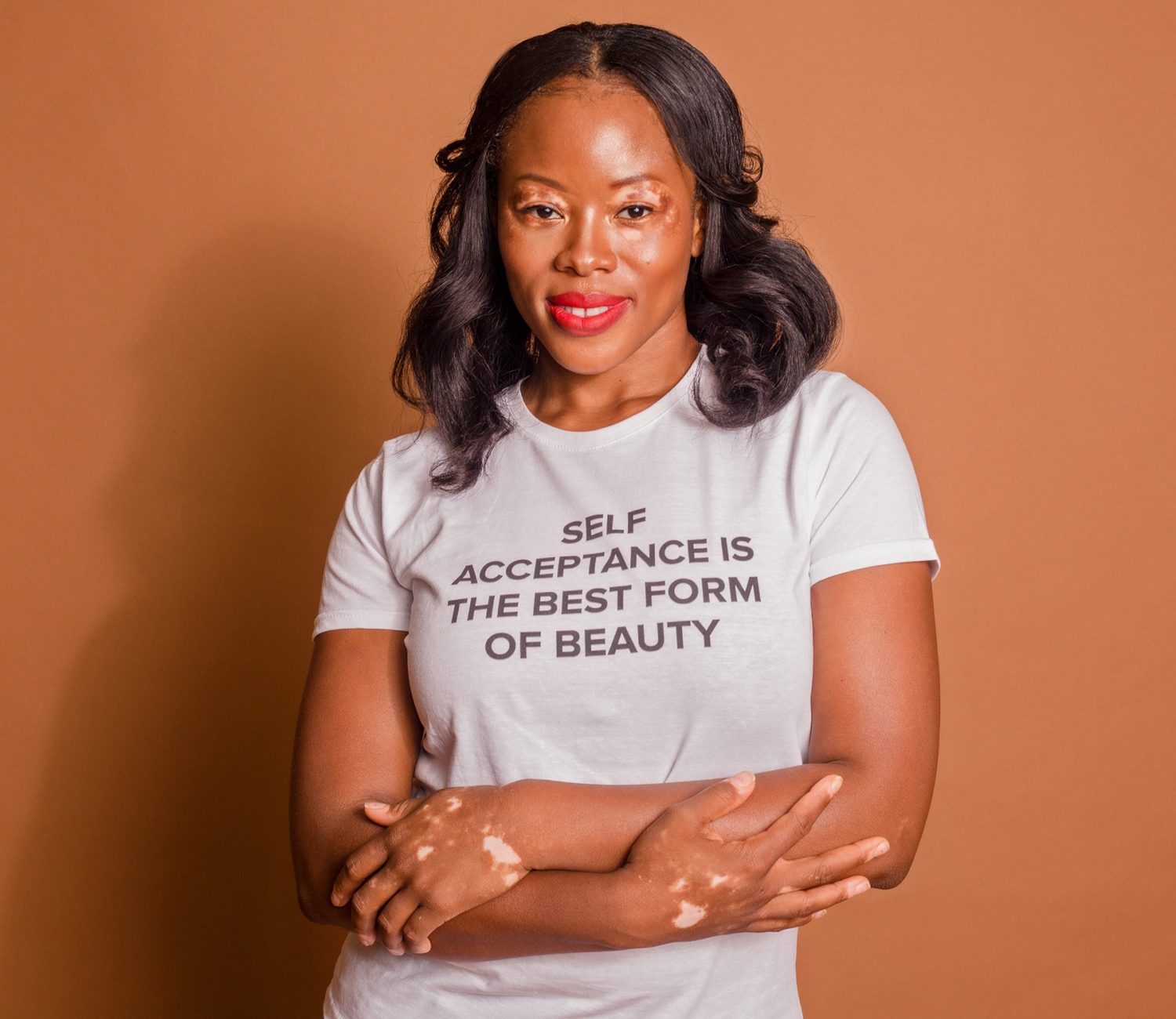 Eva  Khyne Sam, a makeup artist and Vitiligo model who was diagnosed with the skin condition in her early 20’s. Eva was featured on the ‘Portrait Of Britain’ campaign by the British Journal of Photography which saw her images published at train stations, bus stops & billboards across the city. 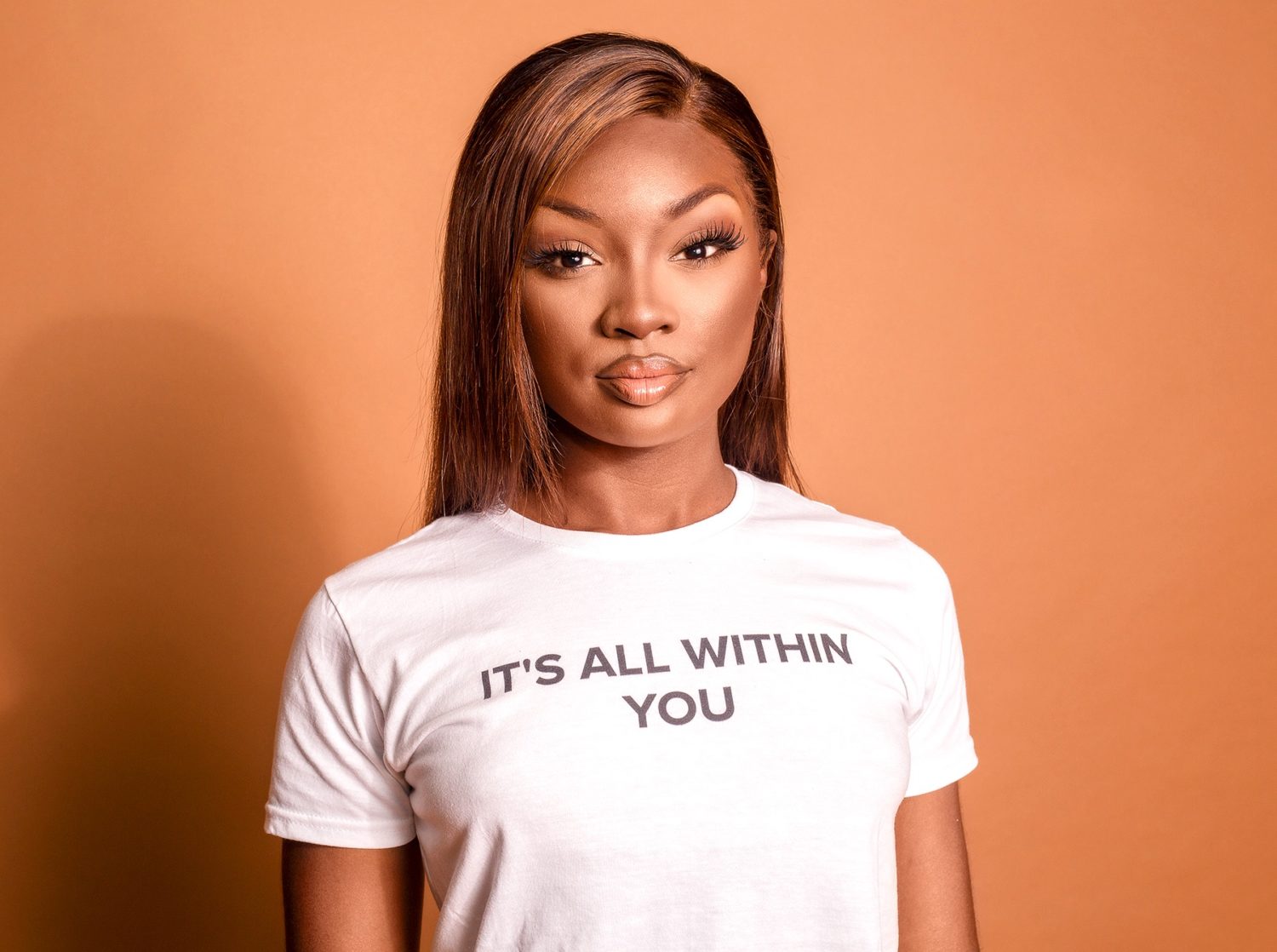 Lynette Duah, also known as Mela Child is a dark-skinned beauty influencer and Youtuber. She speaks openly about having suffered from a lack of confidence and growing up struggling to love her skin colour. Speaking about her struggles has allowed her to encourage her younger subscribers of 90,000+ followers to love themselves.

Funmilayo Dami  Otuniyi, also known as That Girl Dami is a beauty entrepreneur and social media influencer who shares her story on struggling to fit into the UK after migrating from Nigeria. She found comfort in make-up and has since established a career for herself as a makeup artist and founded her own brand DFA Cosmetics. 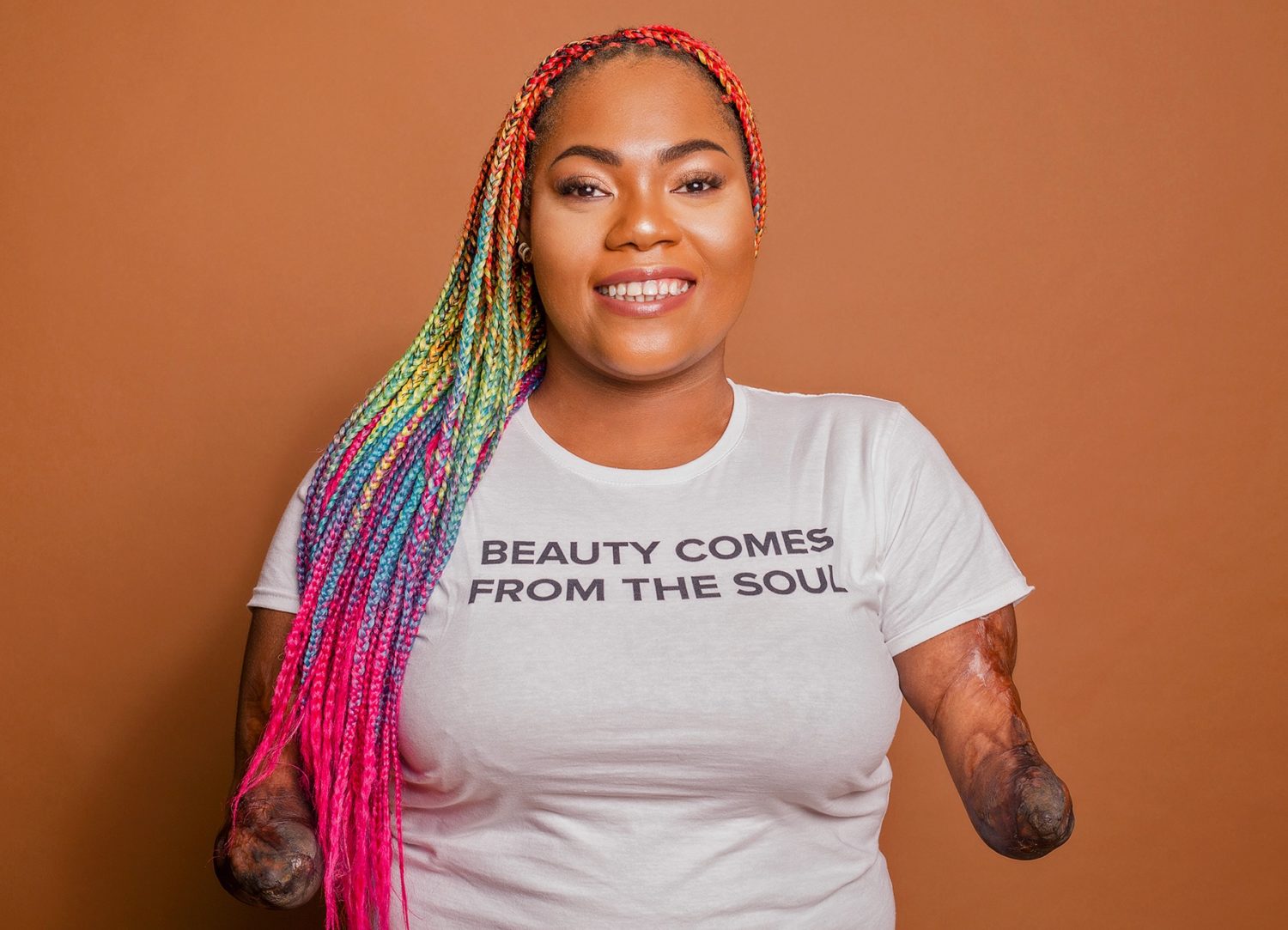 Hannah Olateju, quadruple amputee and beauty blogger. Hannah had all four of her limbs amputated after contracting meningitis and gangrene at 2 years old. She has become a body positivity advocate and uses fashion and makeup to help boost her confidence whilst sharing video tutorials online to almost 100,000 followers. 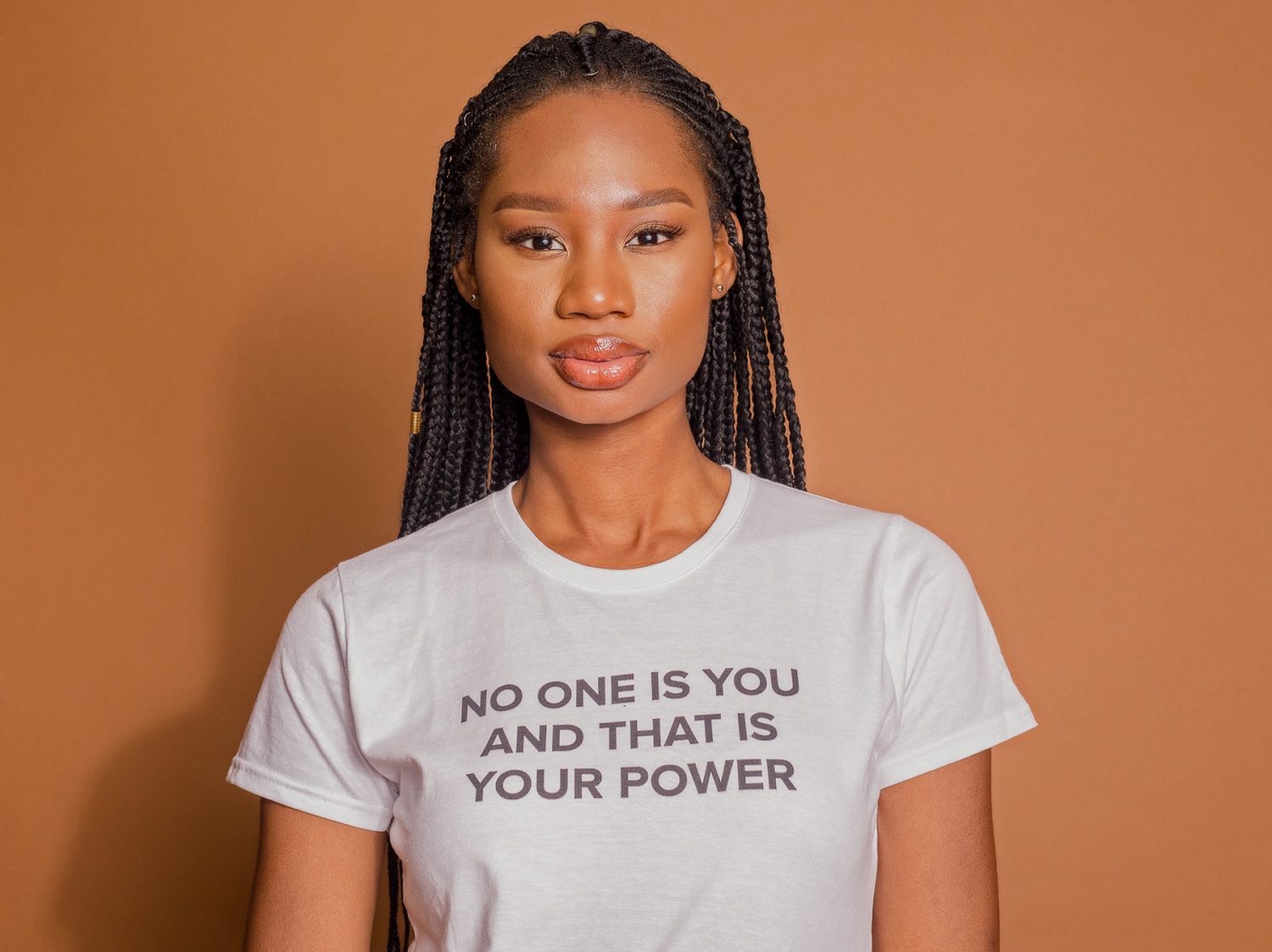 Jacqueline Ilumoka, International model and marketer. As a young girl, she suffered from low self-esteem and lack of confidence among her peers due to her striking African features i.e. square jaw, large lips, wide nose and small eyes. Jacqueline has since found her feet through modelling in an industry that appreciated these features and has since become an advocate for self-love and body confidence using her social media influence to encourage other African women to appreciate their strong features. 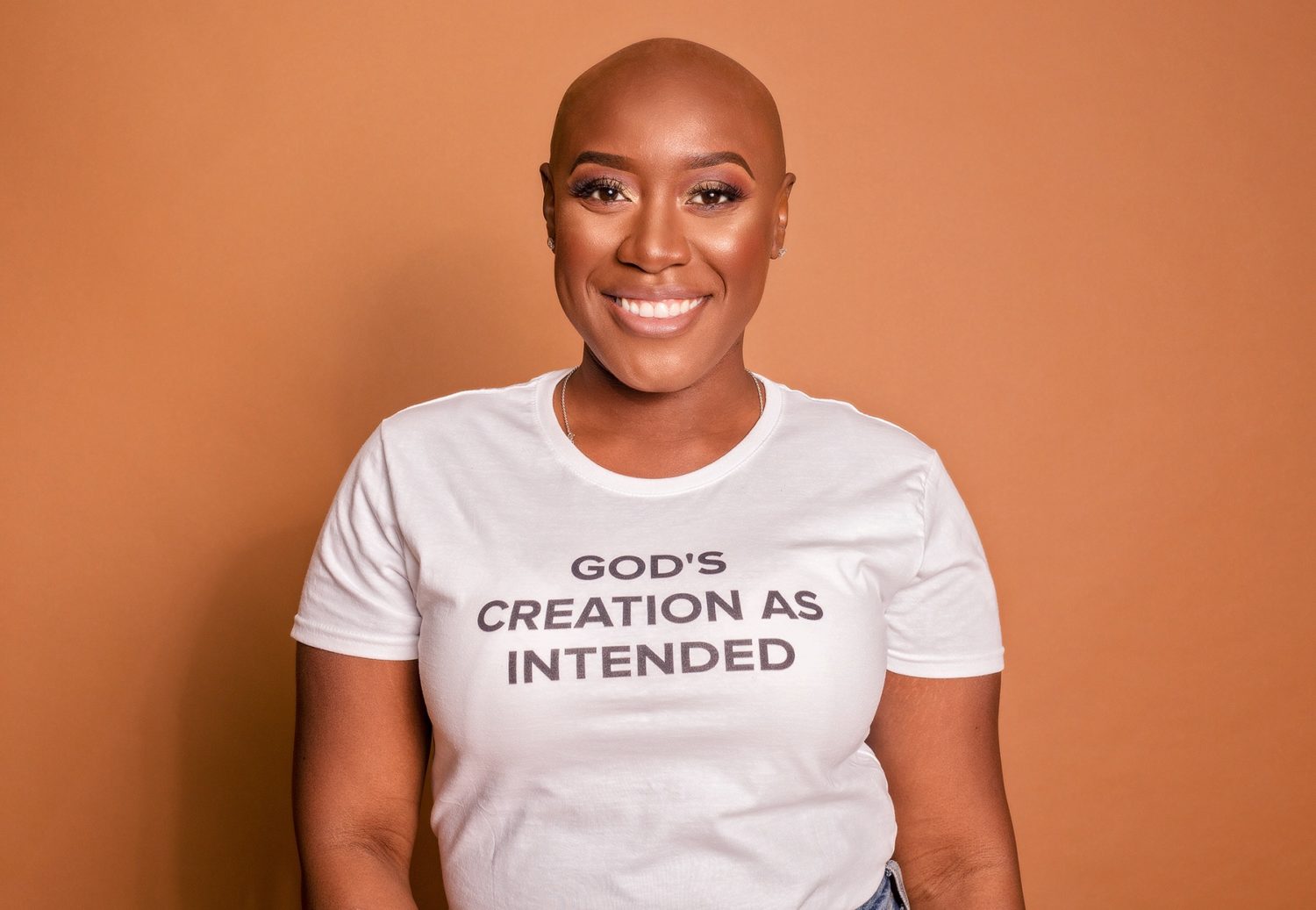 Nikky Odutayo, a pastor and motivational speaker, she discusses her experience of being diagnosed with Alopecia at 21 which saw her lose her hair and eyebrows. Now she is also a mental health advocate, inspiring a new generation of young people to find confidence despite any physical or emotional condition. 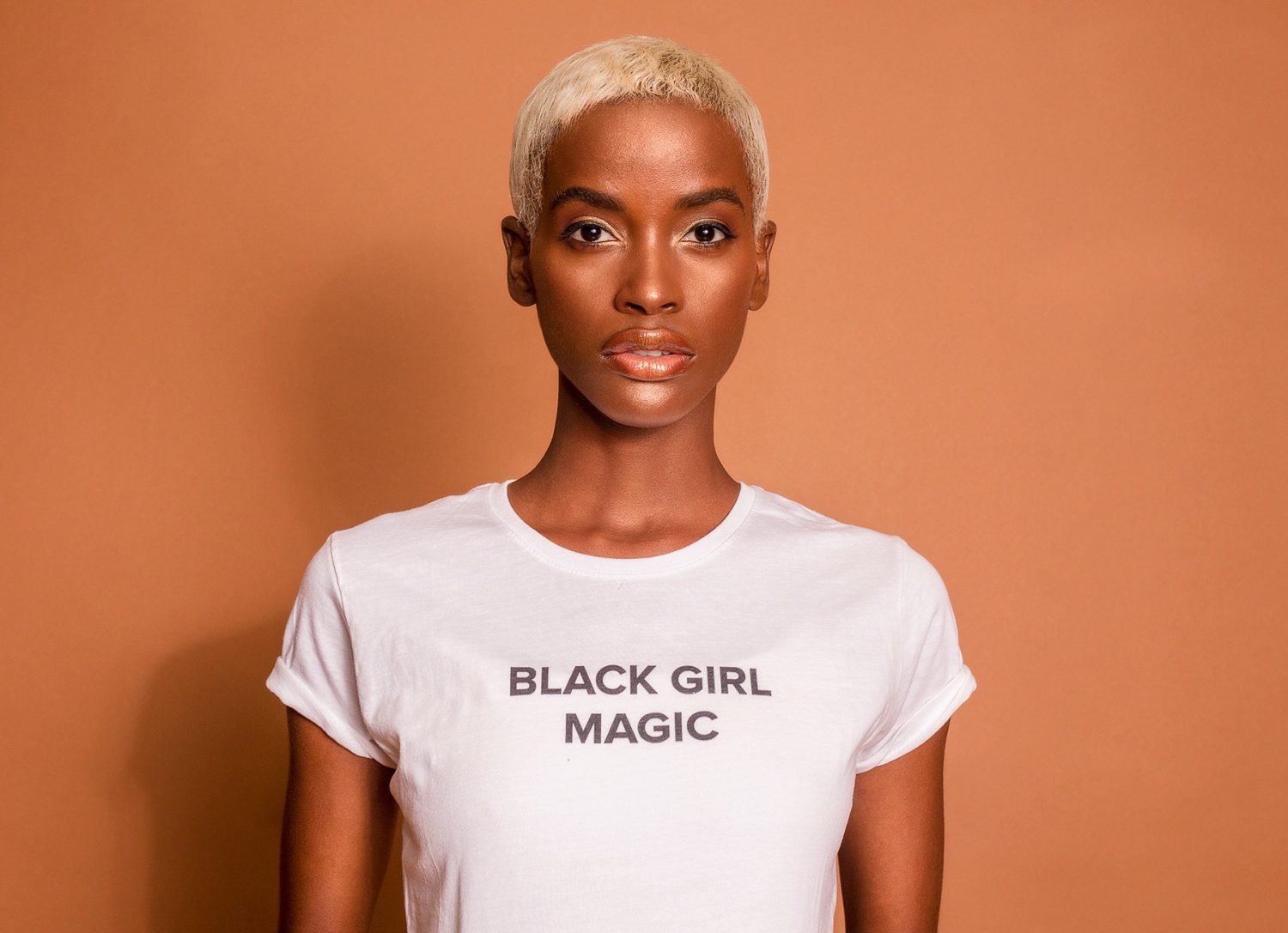 Misty Bailey, also known as ‘Misty the Brand’ is an alternative model who started in the modelling industry trying to look like every other girl, after a short hiatus, she came back stronger by taking control of her beauty and rebranding herself in a way she felt more comfortable. Despite coming back with a ‘not so typical /alternative look’ it surprisingly turned out to be the reason for her success in modelling. 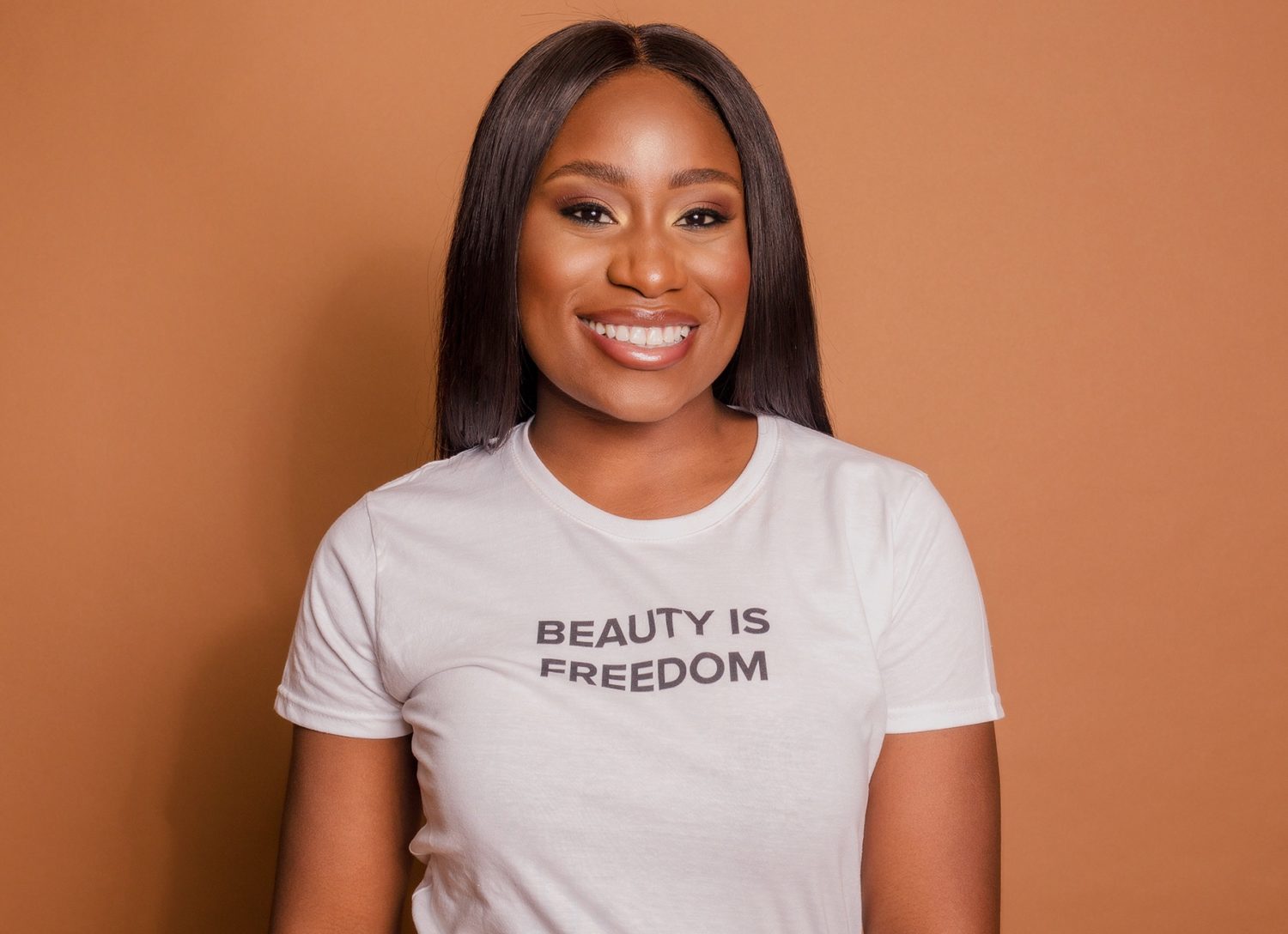 Olamide Fetuga (Also known as PaintedByCocoa) is a make-up artist and burns survivor. She shares her story on suffering from depression after experiencing second-degree burns on her face due to a hot water accident. She recently launched ‘PrettyNScarred’ out of frustration as she was tired of being seen for just her appearance. This project allows Olamide to use her makeup skills to help other burn survivors regain their confidence because she believes that “No matter what you’re going through, you can be who you want to be”.

These nine women of colour with inspirational stories, have all embraced their bodies and features unapologetically and are empowering others to do same.  Not only are these incredible women united by their melanin, but they have each also battled with their individual beauty in some shape or form.  And by learning to love themselves just the way that they are, they have been able to challenge conventional beauty standards and show the world that beauty doesn’t have just one face.

Their full stories and features can be read in Glam Africa’s latest edition the Beyond Beauty Issue available to purchase in stores or online at glamafrica.com/magazine

WATCH: From Heat Damaged to Healthy, Chizi Duru Tells Us All About Her Hair Journey