Lady and the Tramp, Goodfellas, God Father, Kill Bill and Django Unchained all have one thing in common; Spaghetti. From cartoons to blockbuster movies on Netflix, spaghetti is one of the most featured food in media throughout history. It’s not surprising to find that 1.4 million tons of spaghetti are consumed globally every year.

How do you like it? Stir-fried with vegetables? With meatballs in a tomato sauce? Spaghetti bolognese? Or spaghetti Jollof? Whichever one you prefer, it’s most likely the spaghetti spoon was one of the tools used in making the dish.

The spaghetti spoon, officially known as the spaghetti server is a staple tool in almost every kitchen. Definitely a must-have for every spaghetti lover. This simple but unique tool is not only used to remove spaghetti from boiling water, used to stir fry, or used to serve spaghetti. This tool is used to measure serving portions.

Believe it or not, the hole in the middle of the spoon is not just designed to drain water, but to measure serving portions. The hole is a gauge that measures a single serving size. Approximately 2 ⅛ inches if pasta is said to be enough for one person. Take a handful of dry spaghetti and place it in the hole, filling in extra space until the bundle fits tightly. The exact serving size may not always be enough but at least you know a simple, accurate and smart way to measure it. 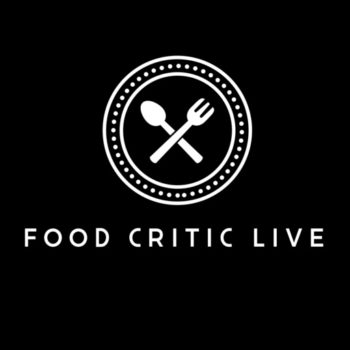 Food Critic Live is where your appetite for adventurous eating will be born. One fork after another, we bring you adventures and new discoveries in all things food and drink. We eat. We drink. We wine and dine. We create. Follow us @foodcriticlive or catch up on www.foodcriticlive.com

Food Critic Live: Where Are Your Table Manners?

Food Critic Live: The Strawberry & Cream Popsicle Recipe You Should Try This Weekend