Fashion and The City: Ogwa Iweze Visits The Blue Mosque

Ogwa Iweze truly took the content of her digital series Fashion and The City to the next level with it’s latest instalment. Still in Istanbul and armed with her thirst for adventure and impeccable style, Ogwa heads to the Sultan Ahmed Mosque known popularly as The Blue Mosque to get her fill of the beautiful city, its beautiful people as well as mingle with fellow tourists. 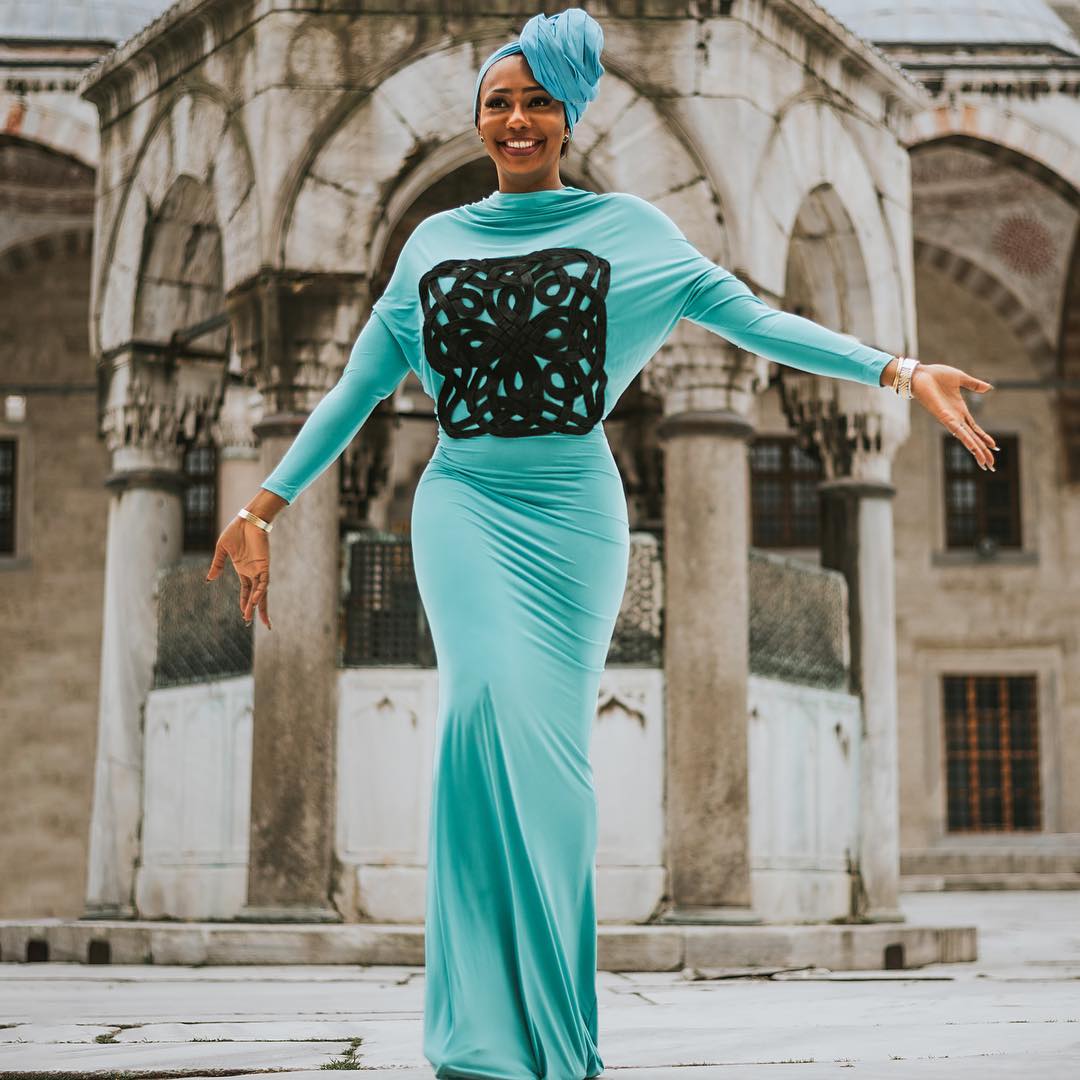 Wearing a long sleeved powder blue dress with a geometric motif applique and head wrap from Rabesque and a smile that can light up the dark side of the moon, Ogwa set off to the popular tourist attraction – The Blue Mosque. 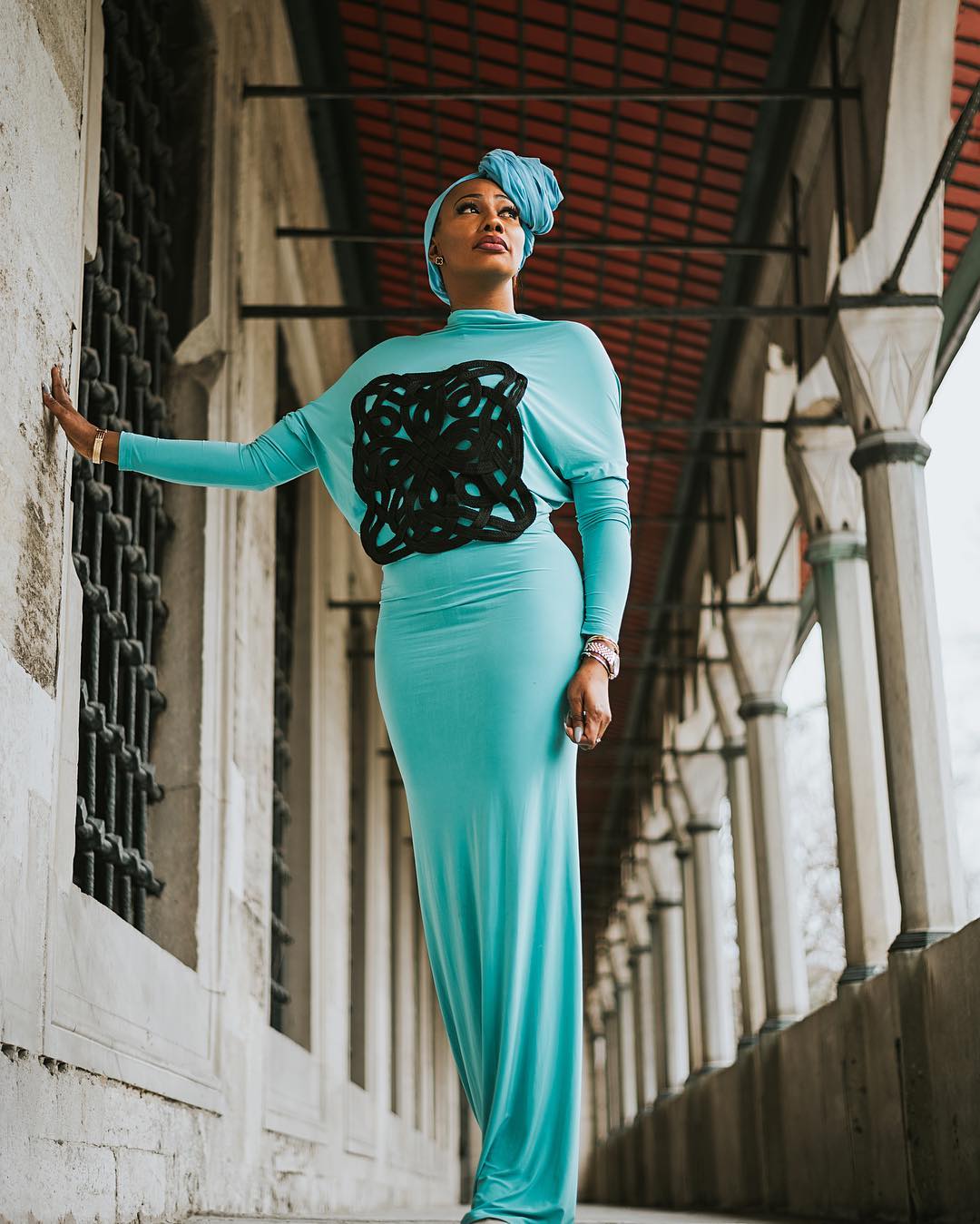 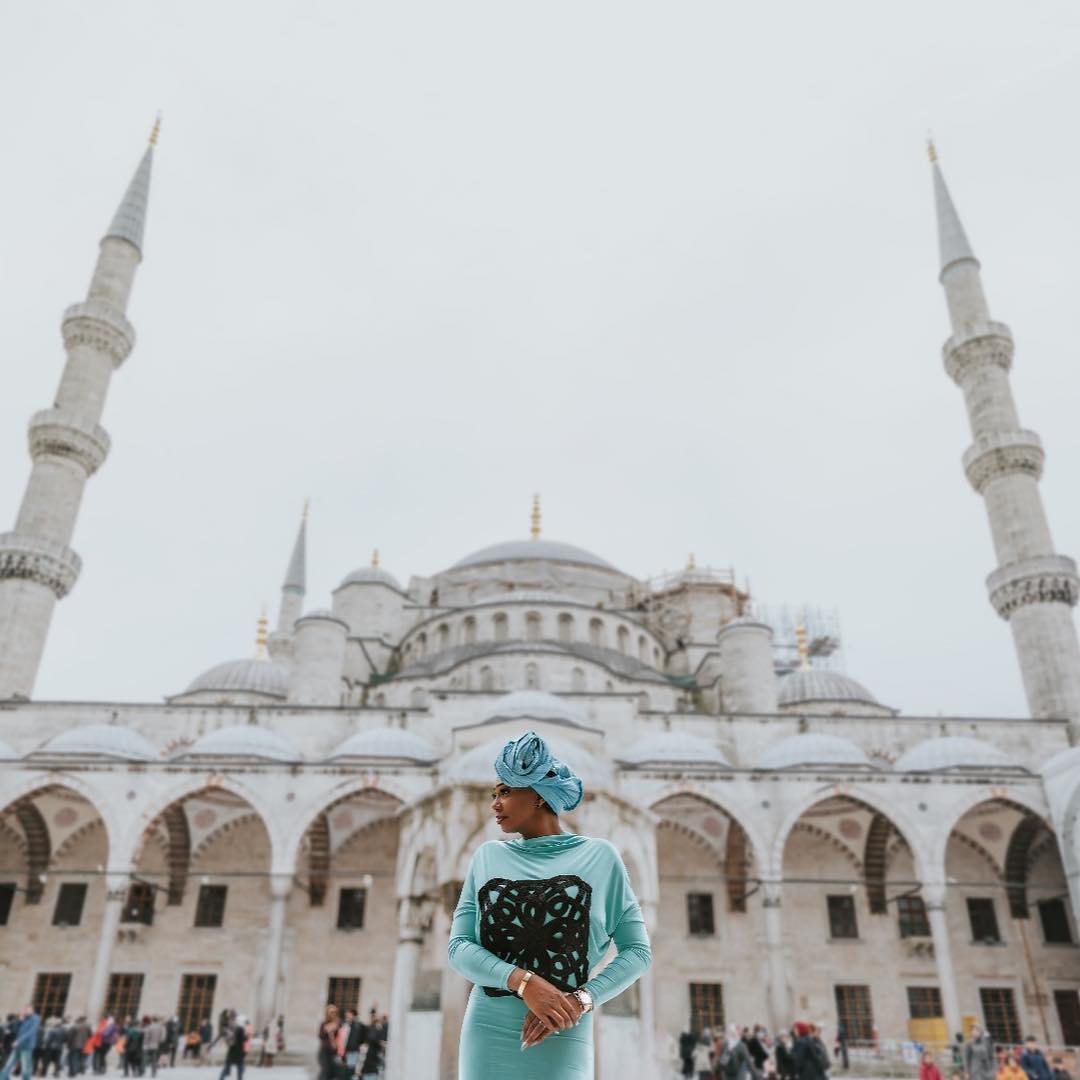 Fashion and the Blue mosque
This was my first real visit to a mosque and I was very nervous about taking pictures infront of loads of people. But everyone was so focused on capturing their own time there they barely paid me any attention . I learnt that going in here shows me there can be better religious tolerance because there were people from all over the world trooping in and out and it didn’t matter where they were from or what religion they were. A truly beautiful sight.
You can imagine the angle @istanbulportrait must have had to adopt to get this beautiful shot with the mosque in the back ground! I love it!