Agbani Darego is picture perfect, even first thing in the morning when we meet before her morning work-out. Skin clear, eyes bright and with a pair of over-sized Agbani Darego sunglasses propped on her head, it is very easy to see why she has ruled runways, brought it and then some on billboards and was the first African woman to win Miss World too. Her win in 2001 was all of ours, and the continent claimed her, from Cape Town to Cairo, and I can remember clearly, how we all freaked out (in a good way) at the seminal news.  Last Sunday saw the launch of her eponymous line with the fashion set nipping away from Lagos Fashion Week A/W 2018 to peruse the collection and celebrate one of their own. It was clear to see that the collection was not only long in the making but also part of a bigger chapter unfolding in her life.

Speaking of the genesis of the collection Agbani explains: “I wanted to create closet staples that you can already mix and match with what you own.”  And this is precisely what she has done, with work-hero short sleeved blouses, off-duty distressed denim pencil skirts and hot date-worthy slinky dresses all making the Agbani edit. Rather than taking customers on a design journey that might have them shaking their head in confusion of how pieces work in real life, she has carefully distilled what is required to create a cohesive easy-to-rock whole and adds:  “I get it a lot people saying my style is very laid back yet still really clean so I took those elements and ran with them. I basically wanted everyone to be able to shop my closet.”  A treat for all of us, especially if you are a Bella Stylista who finds yourself perennially flummoxed by the challenge of achieving the much sought after, but no easy feat, ‘pulled together effortlessly’ look.

Making fashion accessible is also something dear to Agbani’s heart with nothing in the collection costing more than N65,000 and with pieces starting at a very manageable N15,000. For a model who was last seen at the Lagos Fashion Week Spring/Summer 2017 runway shutting things down in a breath-taking Andrea Iyamah ballgown, and is the face of Luxury Connect Africa, it is at the very least a novel that she would lend her name and face to affordable fashion.

However, although she has walked for, and represented some of the most luxurious brands, Agbani remains disarmingly down-to-earth:

“Making things affordable, was definitely intentional and part of my overall strategy. I thought back to when I was growing up, and the sort of thing I would have aspired to wear. It was really important that the collection was something a nineteen-year-old girl could save up for and hopefully get, instead of just looking at it and dreaming about it.” It is rare that one sees such an empathetic approach in forming a brand’s direction, but then Agbani has always been the ultimate girl-next-door, just astonishingly beautiful with it. And for those for whom money is no object, the option of buying pieces in all the colour-ways they are available in just became a guilt-free possibility. This is not to say that corners are cut in other areas, she’s smiling but her eyes remain steely when she shares: “I am very detail oriented and very much about my process…if I don’t like a sample we just made we go back to the drawing board and start all over again.” Perfectionism so we can experience the best cut and fit at a price that doesn’t necessitate occasional penury? What’s not to cheer about? 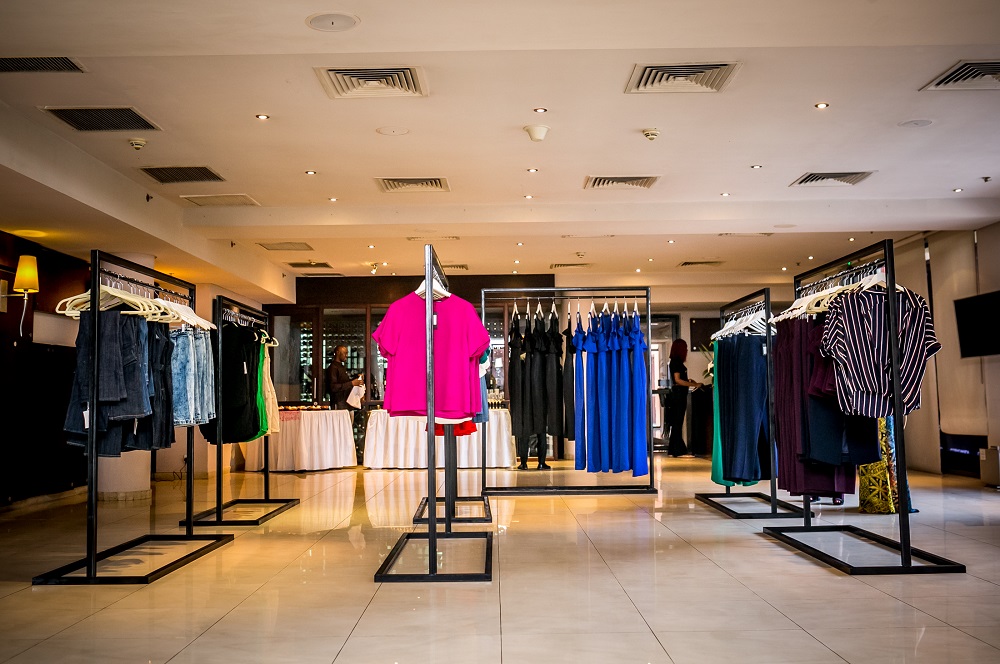 However, the new collection is not Agbani’s first foray into designing. She had previously launched a high-end denim line, but, but this iteration heralds a significant new development, one that sees Agbani becoming an active participant in the retail landscape, she elaborates further: “Right now, I am looking forward to being more present in the fashion industry in Nigeria and keying into the African market, this is where I want to start and this is where I want to stay…  producing sophisticated pieces right here.” It’s a sentiment that correlates with a bigger evolution that all have witnessed in the Nigerian and African fashion landscape; with designers, models and those behind the scenes having bigger avenues to articulate African aesthetics, and of course more style savvy customers desperately seeking clothes that work with how they live now and how they wish to present themselves.

Being part of the ‘Made In Nigeria’ movement is so much more than maximising on the opportunities in the region and Agbani speaks passionately about being part of a sustainable fashion eco-system: “I just went for it, got my own machines and my own tailors after speaking to a few people in the industry who were kind enough to share the how-to.” In many ways, it is more inspiring, that she should choose not to go the oft-trod path of producing outside the country, and to build a team organically, who in turn will be part of the country and region’s wealth creation story without the shocking carbon footprint that accompanies many affordable lines produced further afield. Not for Agbani complaints of infrastructure, electricity and the like, but a can-do approach that is in keeping with her innately tenacious nature.

It is clear that the Agbani Darego brand is here for the long haul as is the lady herself. In a world of disposable celebrity where trending has become the main event, she is almost counter-cultural in her humility and authenticity. Of having created a collection that appeals to women in their 20s and much older she says candidly: “The collection being ageless was something that happened  unintentionally, and it’s a real bonus that every age group can go in and shop that, because there is nothing better.” As for her often mispronounced name she recalls many getting frustrated and insisting on a diminutive but nevertheless resisting vehemently: “It really is not that hard, it’s only three syllables if you can say Armani you can say Agbani.” Agbani, Armani, they both have the necessary fashion familiar ring to them. And just like she did back in the day, expect Agbani to be conquering the world once more, only this time, one closet-ready piece at a time.

A Week in Style: See How Zainab Balogun-Nwachukwu Effortlessly Sails Through The Week

All You Need To Know About the Designer Shirt Project

Listen Up! These Are The Cool Swimwear Brands You Need This Holiday Season