The show and movement is designed to bridge the gap between Africans from Africa and African descendants in the Diaspora. “The Diaspora Dialogues will ignite the long-overdue conversations needed between black people globally to extinguish our cultural disconnection and create a better understanding of our different experiences but shared identity.” said Mills. 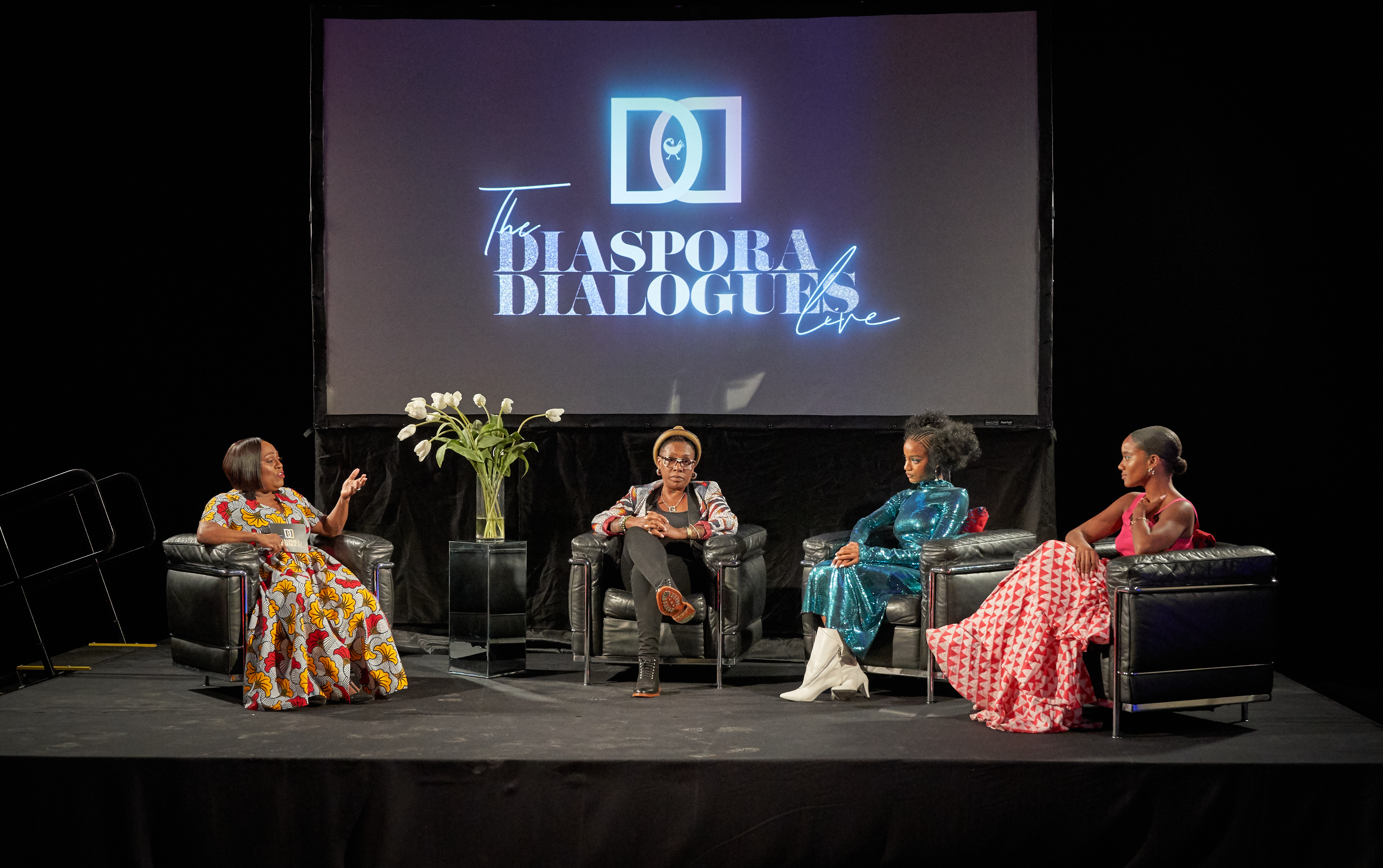 The Diaspora Dialogues will lend its important cultural voice by coming into the community Live and curate conversations in diverse environments to address our internal racism, identity crisis and cultural disconnect. “The focus will be on the journey to healing and what the 21st century African Renaissance has the potential to look like for all its descendants.” says Mills.

The live taping was presented to a full house of multigenerational community supporters in the audience. It was standing room only and the evening was steered by the master of ceremonies actor Duain Richmond (VH1 Drumline: A New Beat) and the first half of the program included a spoken word performance from poet Yasmin Monet Watkins and a screening of “The Diaspora Dialogues” first season and first episode, “Who Do You Think You Are” guest starring musical artist Estelle and Digital content creator Suede. 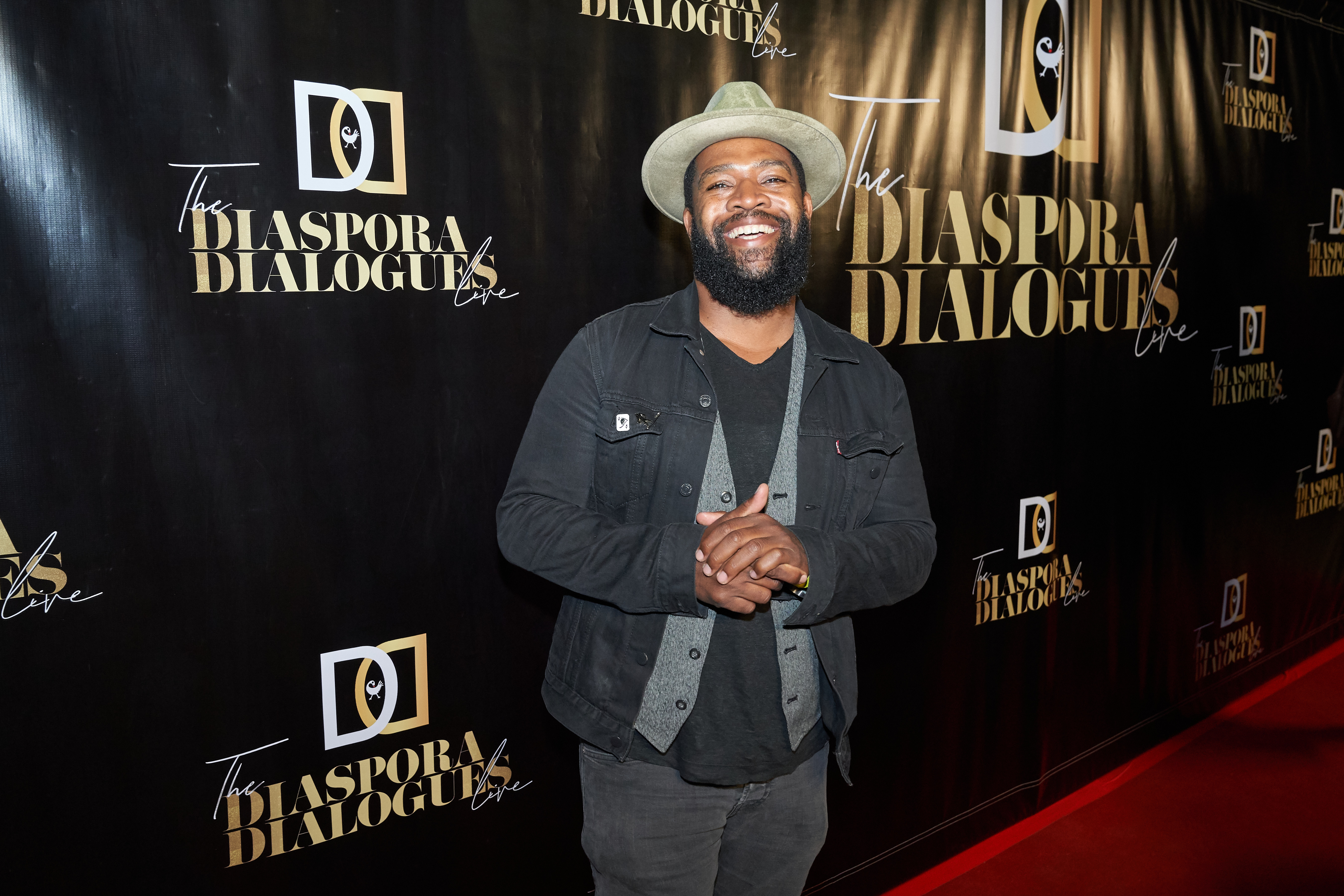 The talk show taping began with the introduction of Ghanaian-American Creator, Executive Producer and host Koshie Mills. The featured panelists came from diverse upbringing and backgrounds, British-Nigerian, Gina Yashere (Co-Creator, Writer, Producer CBS show Bob Hearts Abishola), Dutch-Surinamese Actress, Yootha Wong-Loi-Sing (Love Is; Hunter Street) and African American, Ebonee Davis (Model/Activist). A prolific and masterful conversation ensued about the cultural divide plaguing black people as a whole globally. Many notable quotes from the panelists and host ended the programming with a standing ovation and a lengthy line for questions and answers from the audience. 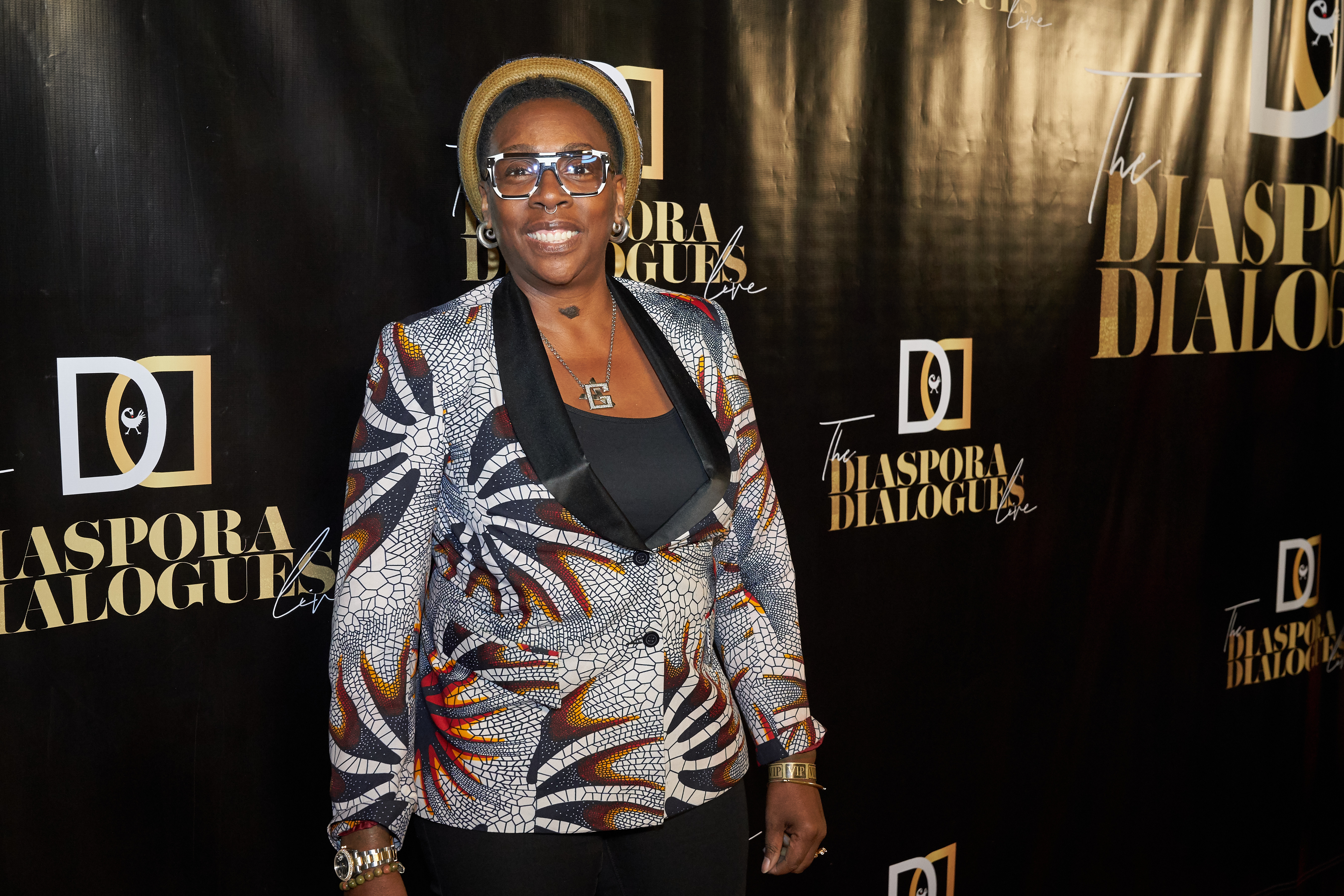 “Caribbean slaves suffered as much as American slaves, it’s just we don’t hear about it as much because America has a louder microphone” – Gina Yashere 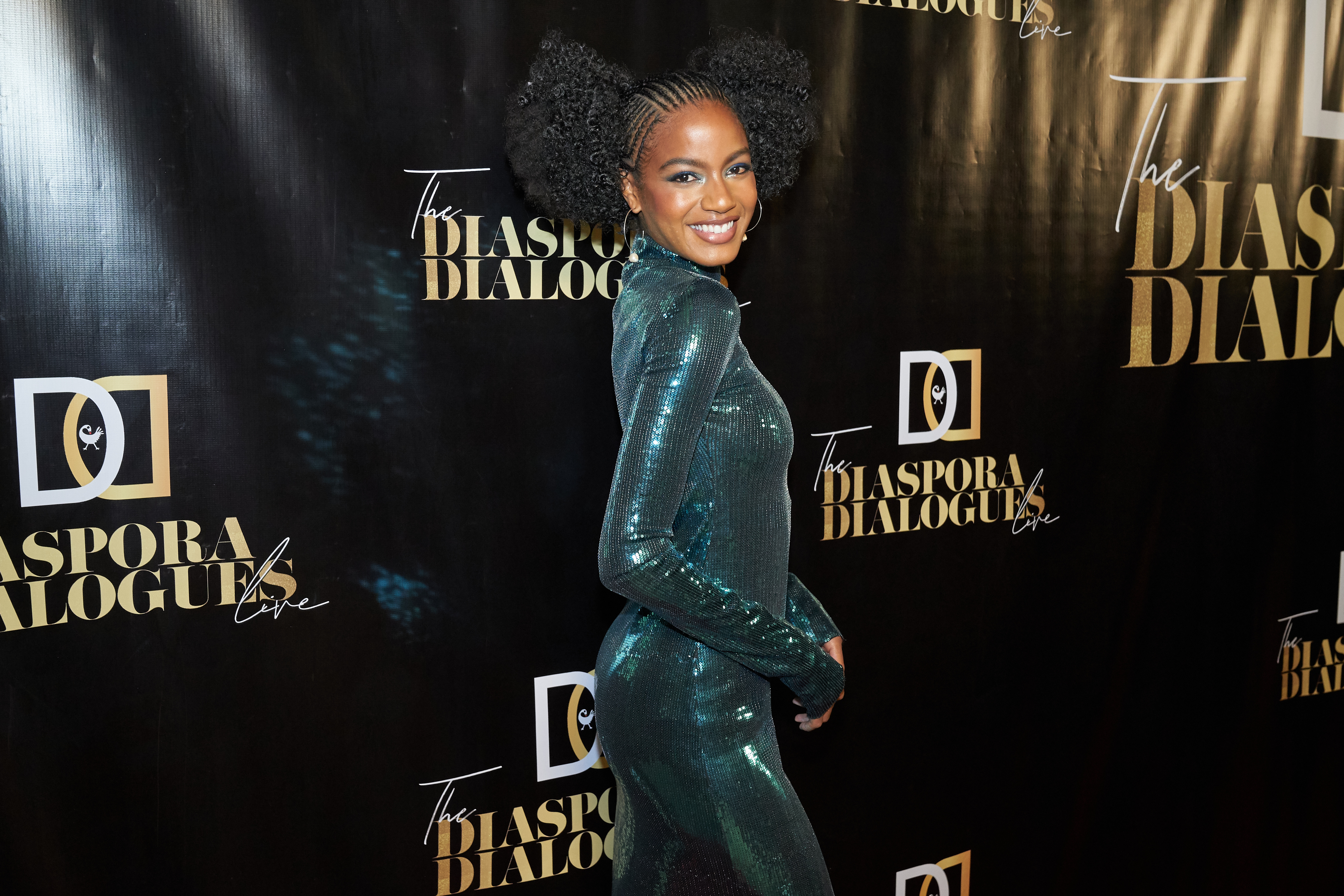 “Our ancestors built this country and it’s not about running to Africa and leaving America but going to Africa to understand who we are and where we come from.” – Ebonee Davis 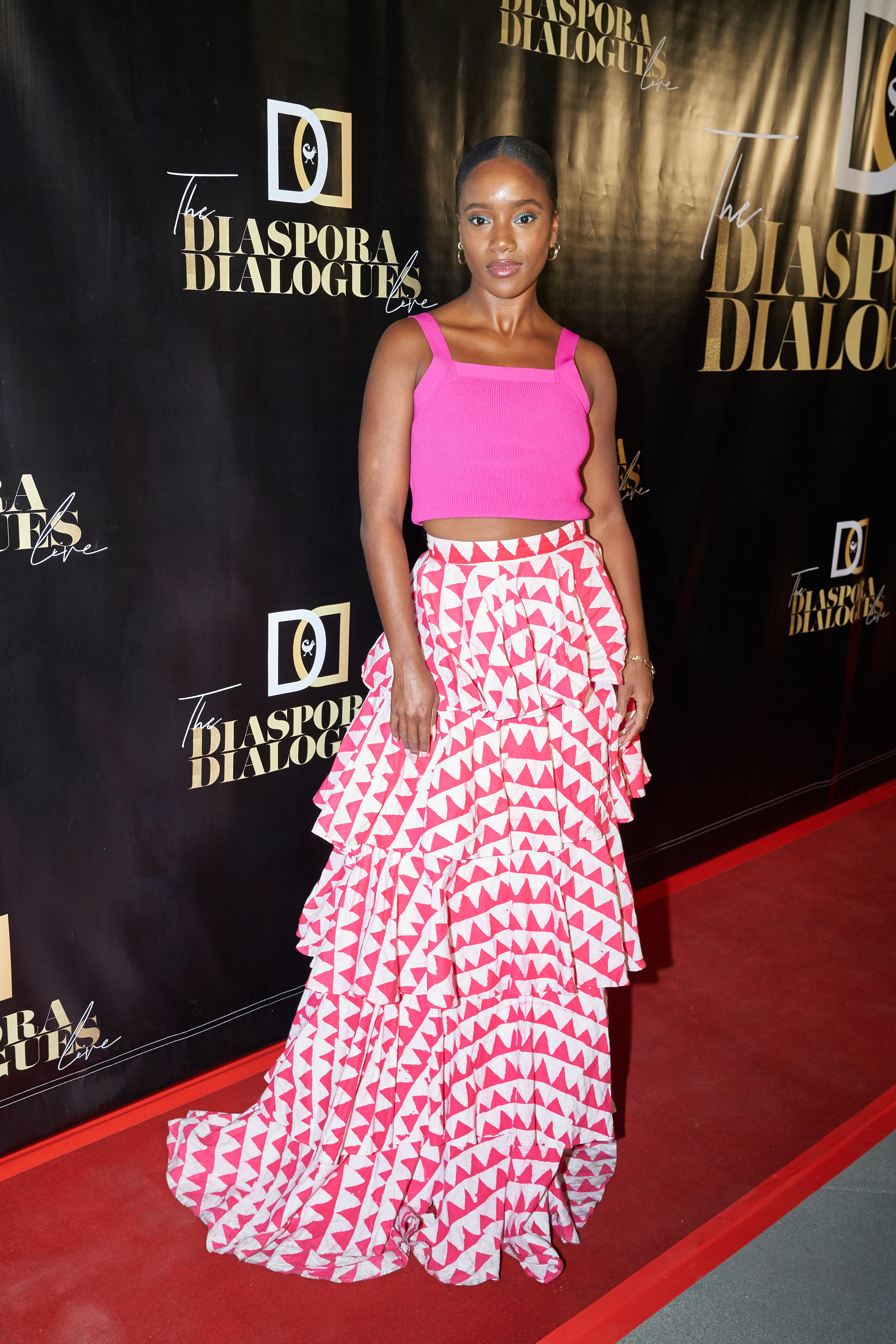 “Black Pete is such a horrible representation of black face in Dutch society and it’s sad how it portrays black people in the Netherlands.” – Yootha Wong Loi-Sing

“Africans from the continent have African Privilege, they have a clear sense of identity and self, therefore they have no concept of what their African American, Caribbean and South American counterparts face daily from the results of oppression and their stolen identity. I am challenging us to lean in and lead with empathy on both sides.” – Koshie Mills 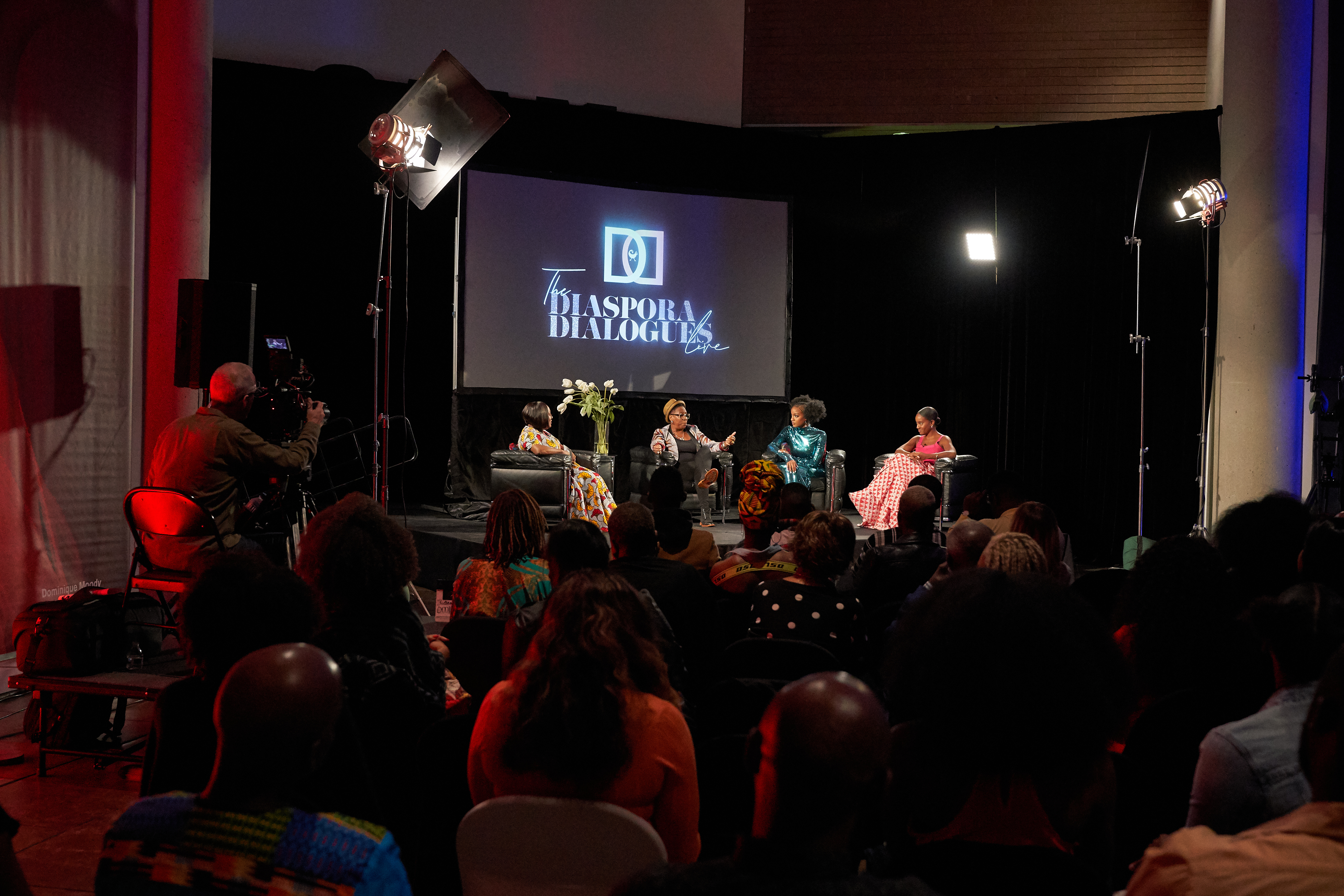 The evening concluded with “The Diaspora Lounge” afterparty where guests enjoyed complimentary wine, catered traditional African food such as Jollof Rice, plantain and the atmosphere was electric with Afrobeats from DJ Major League, culminating in an immersive experience for all. 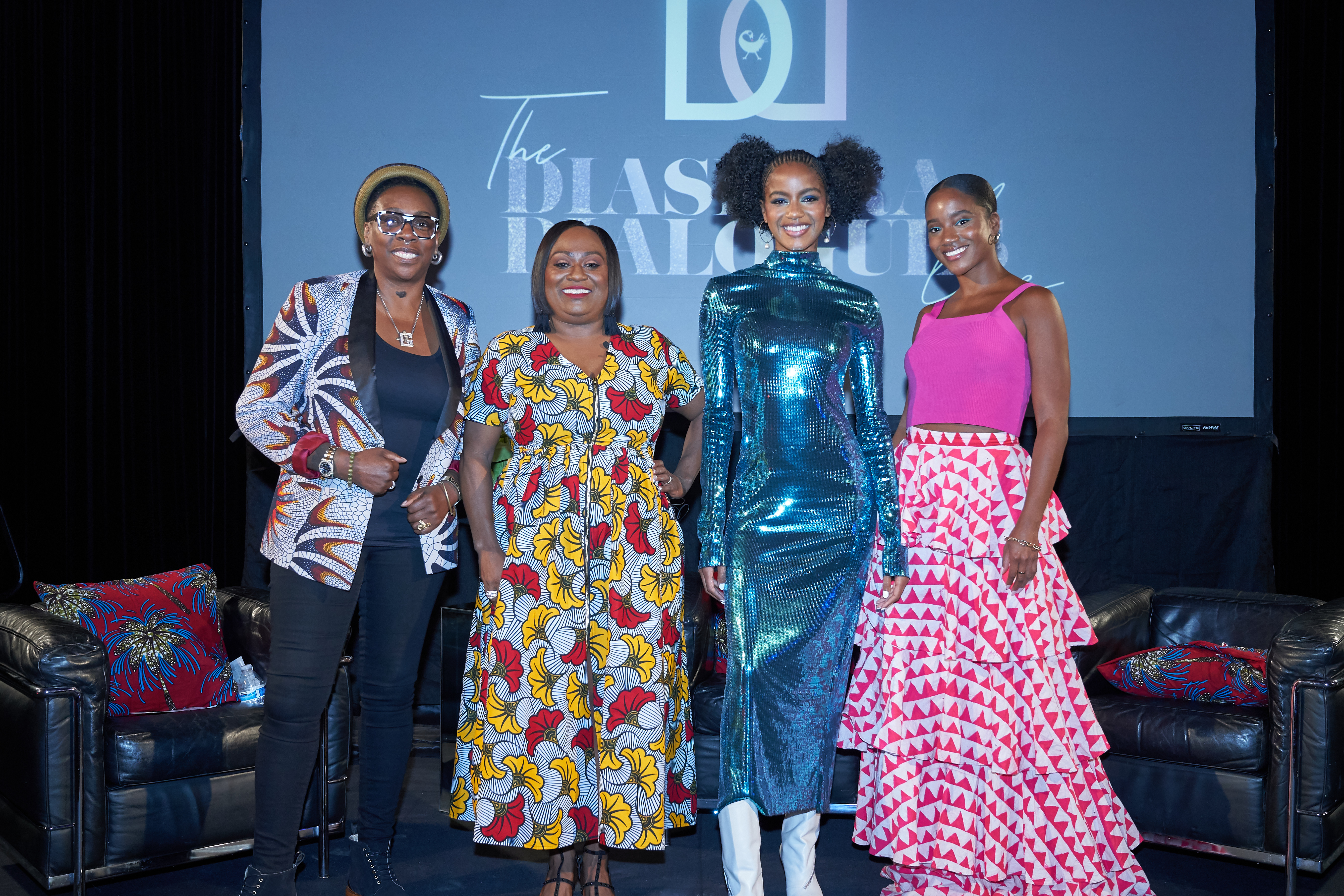 Fabulous Darling! Every Photo Worth Seeing From Bonang Matheba’s #LunchwithBNG

#BBNaijaShineYaEye: The Many Stand Out Fashion Moments from the BBNaija Reunion Opening Show