Emmy Awards 2018: Tiffany Haddish Reminded Everyone Of Her Eritrean Roots With A Prabal Gurung Gown

The Emmy Awards 2018 red carpet was filled with a great number of head-turning looks as socio-political and cultural statements were made sartorially . Among the best-dressed stars, actress  Tiffany Haddish was a joy to behold as she stepped onto the red carpet dazzling in a multicoloured gown designed by Prabal Gurung, a bright and colourful nod to her heritage. 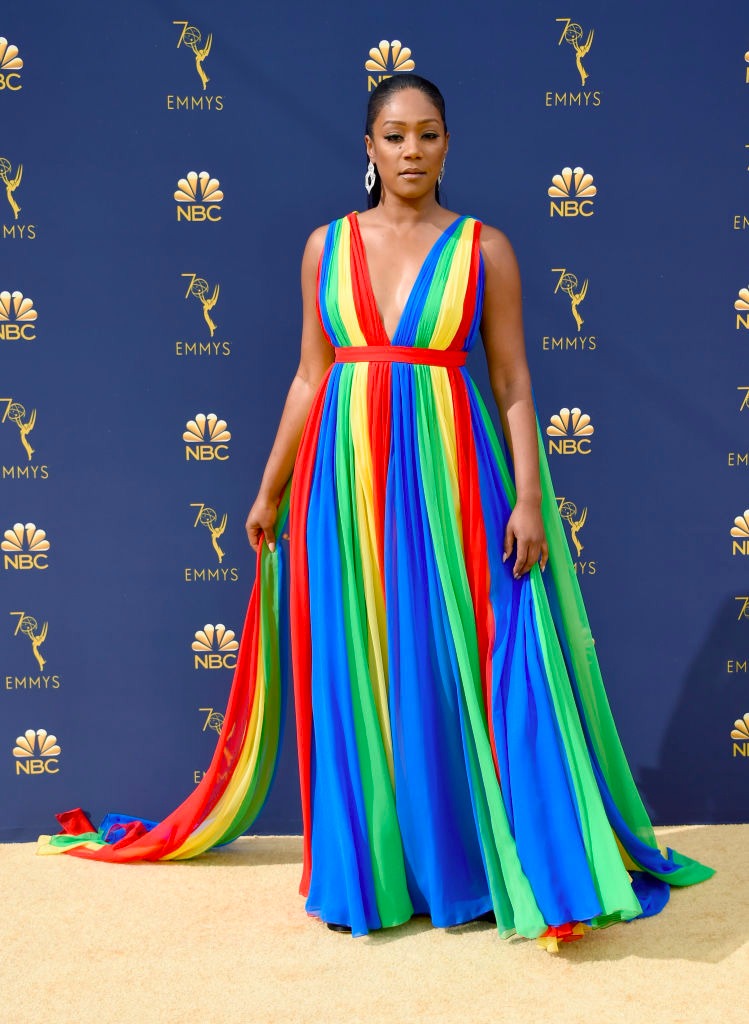 The comedian and actress who won an Emmy on Saturday night at the Creative Emmy Awards for Best Guest Actress in a comedy for her turn hosting “Saturday Night Live”, infused a significant part of her Eritrean roots into her look for TV’s biggest night with the help of Prabal Gurung. The Crimson, Azure, citron and lime plissé chiffon deep v-neck gown with an extended back sash was inspired by the green, red and blue Eritrea flag. 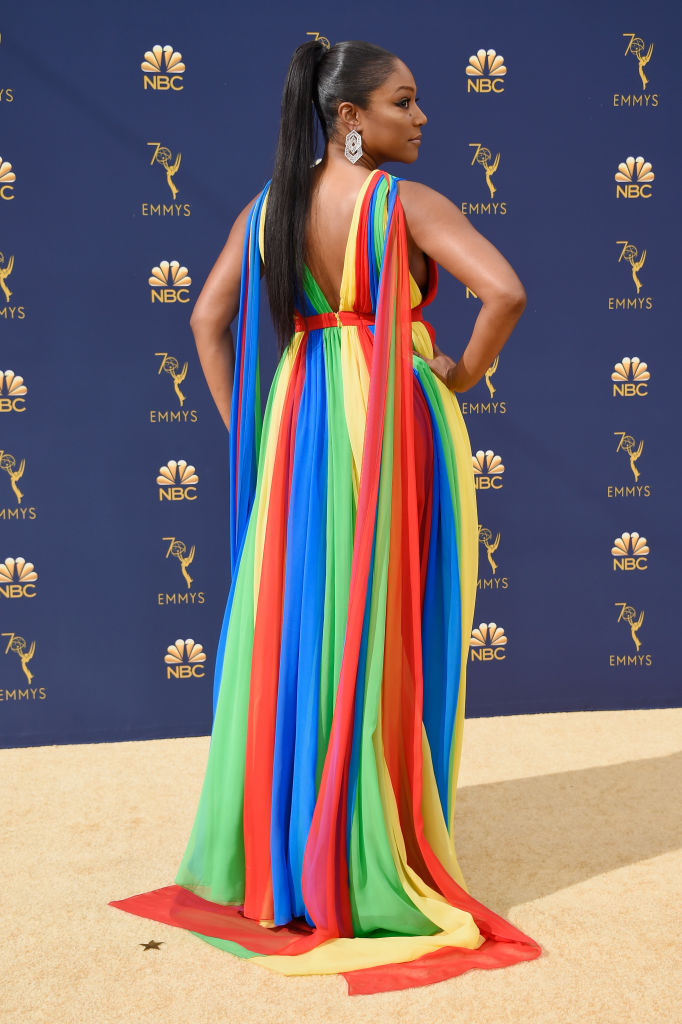 Dedicated with love to the one and only Tiffany Haddish.
I’ve been a huge fan of Tiffany for quite some time now— she is hilarious, rooted, smart, reverent and fearless. So when we began conversation with her and @luxurylaw, I knew I wanted to make her something special. She asked for a gown that pays homage to her father’s homeland Eritrea, and we were immediately all drawn to the vibrant hues of the country’s flag.

It is an honour to stand with Tiffany on this special evening, in which she is awarded the Emmy for Best Guest Actress in a Comedy Series for her role on Saturday Night Live. There is nothing more exciting to me than to support an artist who is using her platform to highlight and represent her heritage.

Styled by the celebrity stylist behind her most iconic red carpet looks – Law Roach, she paired the dress with Brian Atwood shoes and Lorraine Schwartz jewellery. 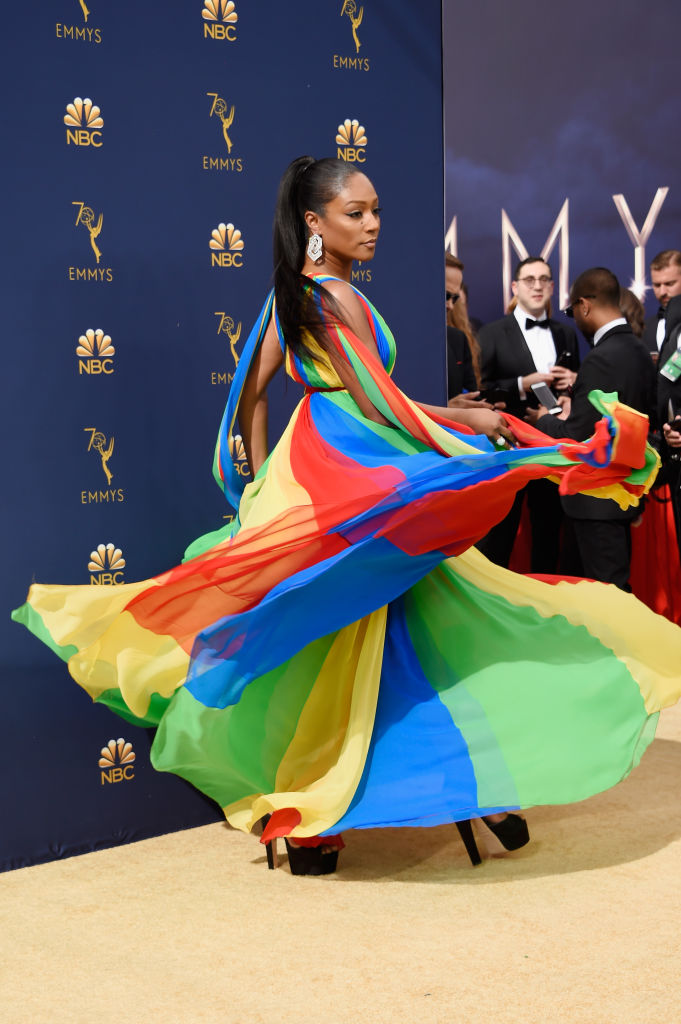 Earlier this year at the Oscars, Tiffany used the red carpet to pay homage to her father, who passed away in 2017 wearing a traditional Eritrean zuria on the red carpet.

And the Award For the Dreamiest Look at The 2019 Oscars Goes To… Lupita Nyong’o!