Africa’s largest tech and digital media event in Lagos Social Media Week begins on the 26th of February 2018 and BellaNaija Style in partnership with Access Bank will be hosting a panel on the 1st of March titled Ideas, Influence and Income – a panel discussion with 6 of the most influential social media, branding and marketing leaders in the country #SMWxBNSTYLE18. 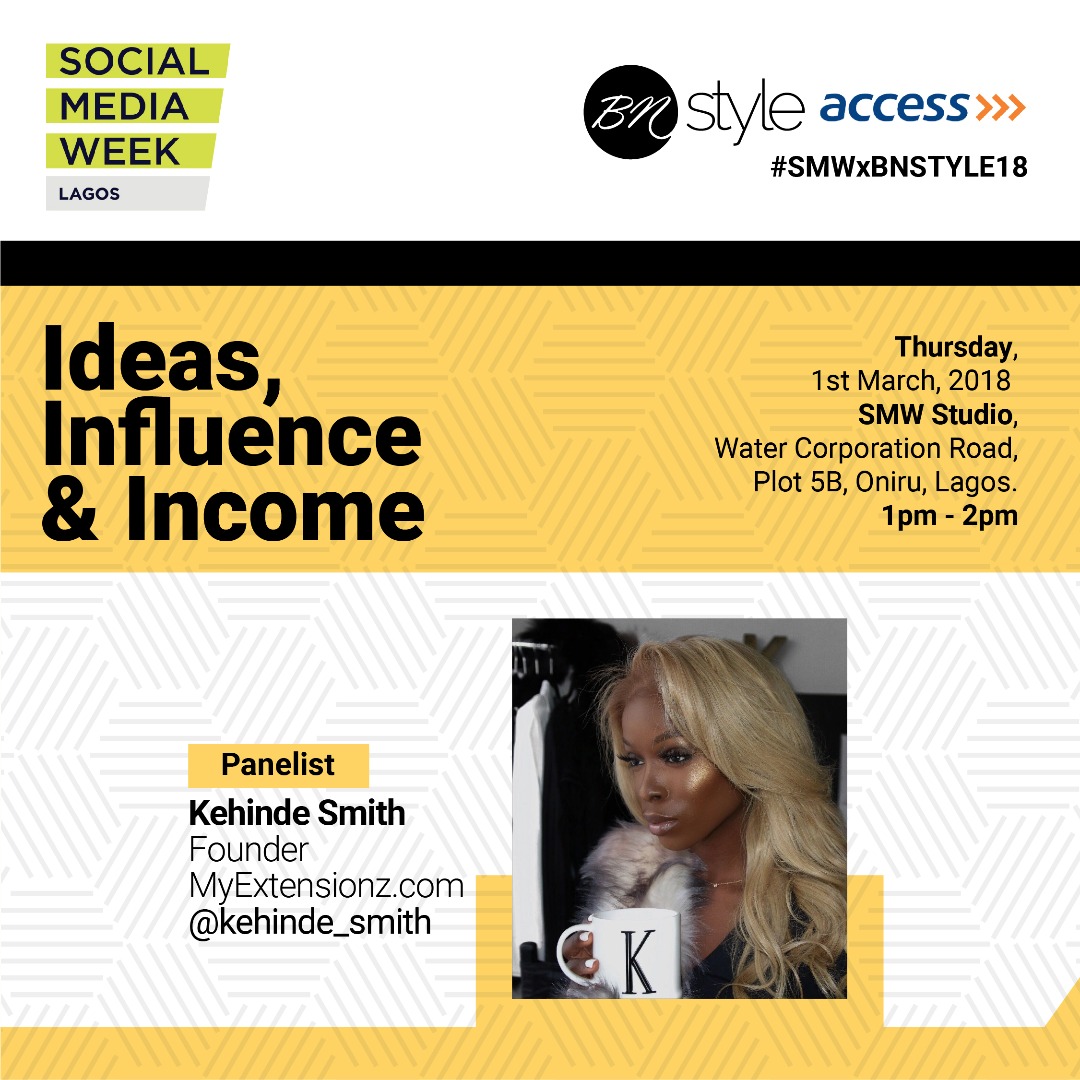 Kehinde Smith is a successful entrepreneur and a proud co-owner of a respected beauty brand that has been in operation in the United States for over 6 years and recently, NigeriaShe further expanded My Extensionz Nigeria into a full blown hair and nail salon as well as well as laser teeth whitening centre.

Her dedication, consistency & hard work has helped her garner over 70,000 followers on Instagram in less than 8 months. Also known by the name “Your Melanin Godmother”, her page exudes a high level of detail and organization as far as unique themes and picturesque settings; all of which promote her love for her rich dark skin as well as inspiring other women to do the same. Her page has in short time received recognition and endorsements from international brands such as Revolve, Oh Polly, Simmi and many others.

She intends to use her role as a brand ambassador of Revolve Clothing to advocate for more diversity and inclusivity in any way possible by working with both local and international brands. 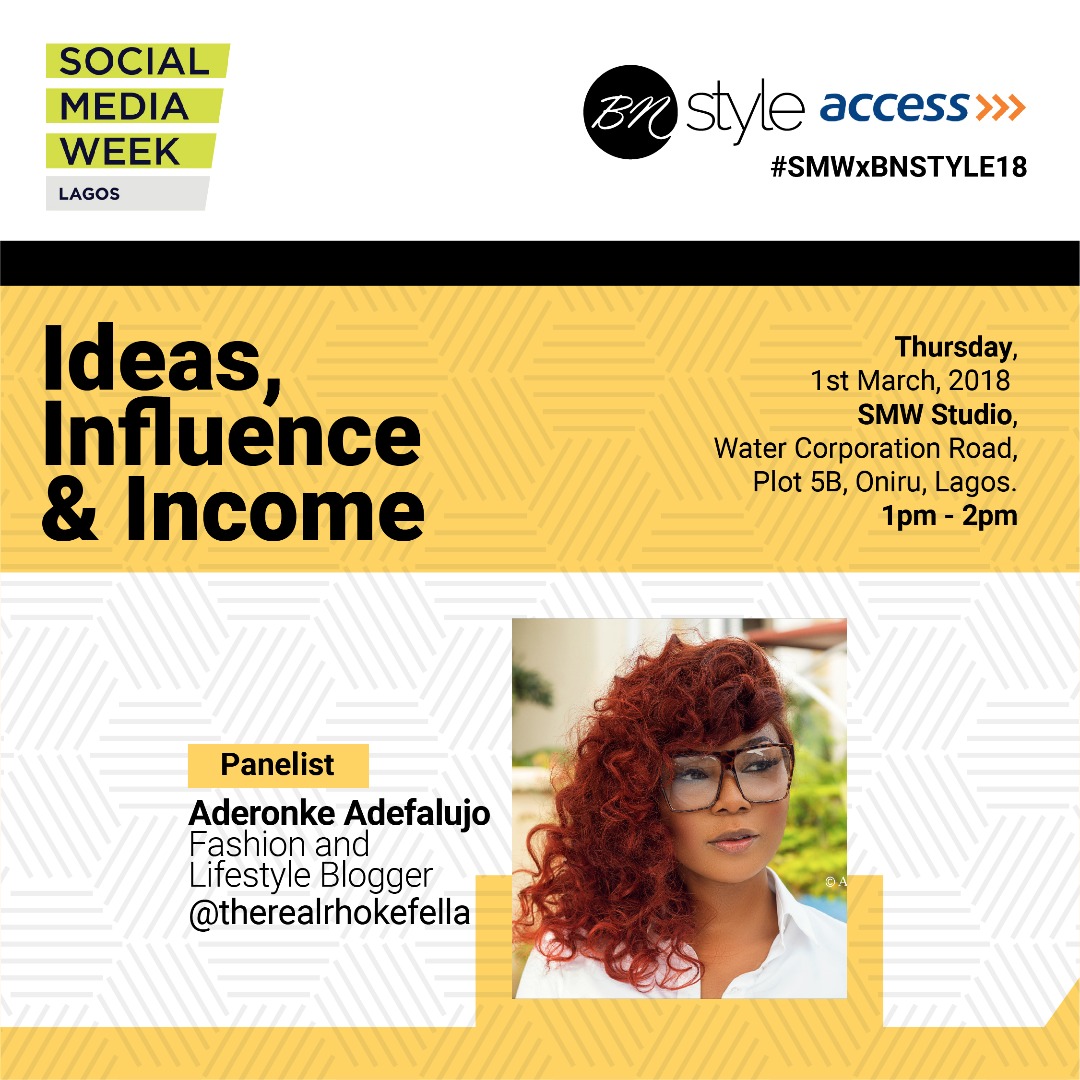 Aderonke is a Nigerian style blogger and influencer who started her blogging journey in 2016 and went ahead to debut her fashion brand Rhonkefella Collections in December that same year.

Exactly a year after, she was recognized and listed as one of Nigeria’s Top bloggers by Thisday Style and also won multiple awards including Maya Awards and La Modeng.

She has been able to build up an organic following on her social media platform in less than two years and keeps inspiring the younger generation through fashion and her daily lifestyle messages. 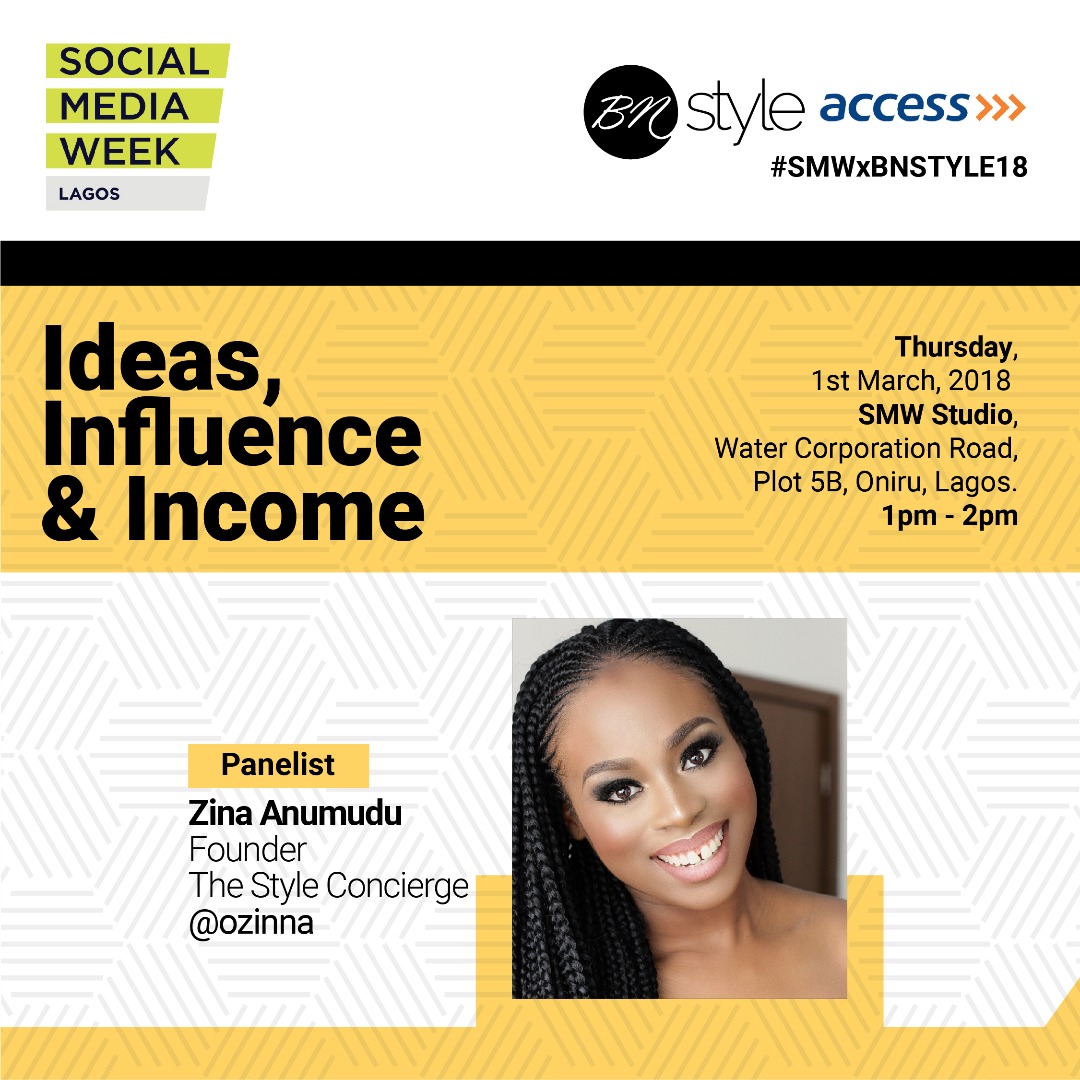 Ozinna Anumudu is passionate about two things – fashion and branding. Having secured a bachelor’s degree in Economics in The United States, she pursued a masters in a field she was more passionate about, Communication, in Paris.

Thereafter, she relocated to Nigeria and has created a niche market for herself with branding in under 3 years. Zina recently founded a brand management company, The Style Concierge, which caters to creatives and businesses in the fashion and lifestyle industry. Ozinna.com serves as a medium for Zina to share her work, her fashion, her life and everything in between. 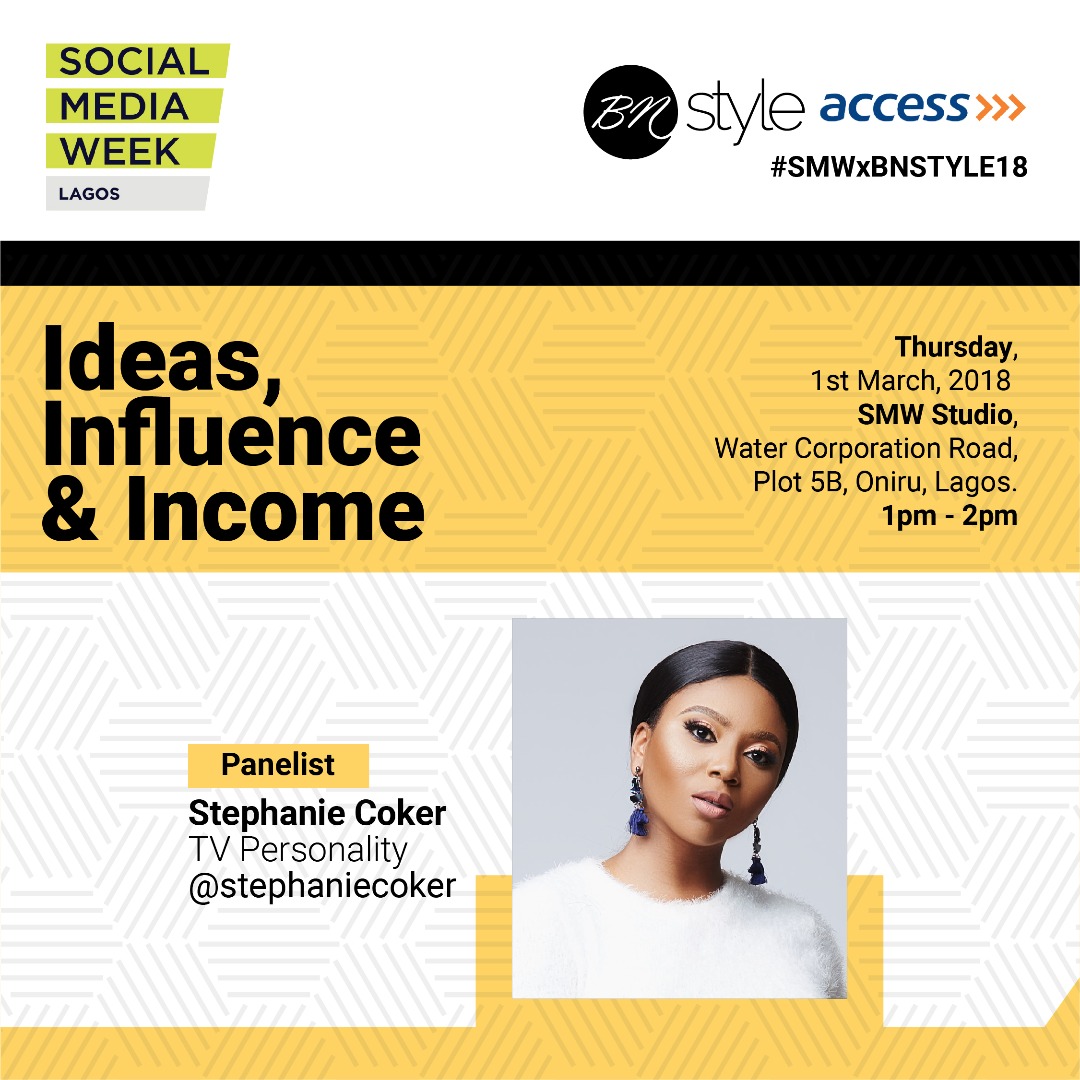 Stephanie is an award-winning on-air personality, television presenter and producer. Hailing from North London, Coker has received high acclaim for her work on MTV Base, Ebony Life TV, The Voice Nigeria on Africa Magic, and more recently the Morning show on Arise TV.

Her quirky but engaging personality continues to open doors for the ambitious go-getter who has worked with multinational brands as an ambassador and influencer. After realising how much selling power she had, the budding entrepreneur launched her own hairline
Krochet Kulture specialising in crochet hair which is highly successful and stocked in stores across the continent.

She champions The Future is Her, an initiative that aims to help young girls who have the skills but not the connections to make it in the Nigerian labour market. The Future is Her which is Stephanie’s brainchild alongside Ace charity is currently teaching young girls how to code. 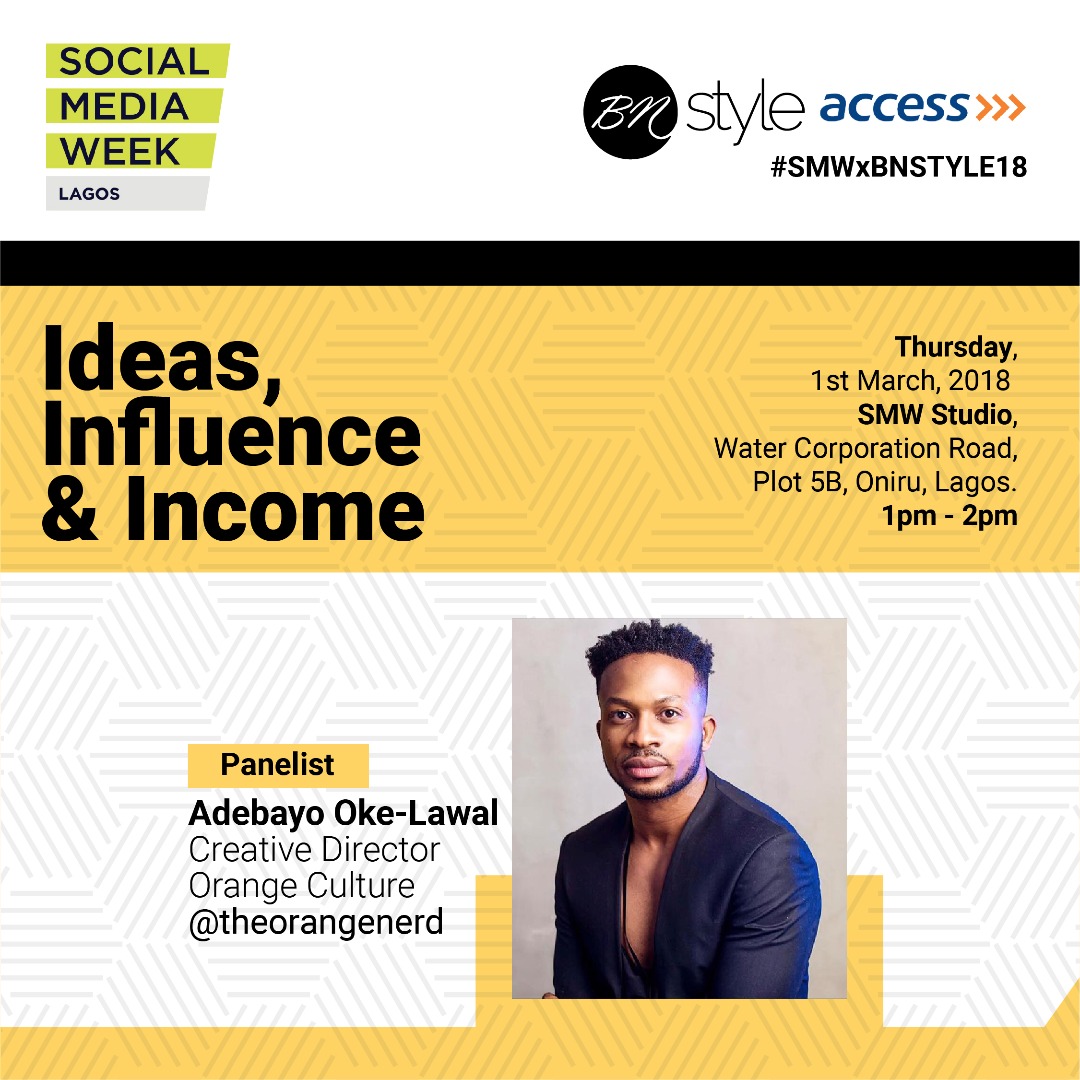 Adebayo is the Founder/Creative Director of androgynous menswear brand Orange Culture, an alternative designer brand that caters to discerning men. Under his leadership, the brand has grown exceedingly attracting wide global recognition from LVMH and Vogue to Elle and Marie Claire and is stocked and sold in various parts of the world.

Through his own personal style, Bayo has developed himself to becoming not just an established designer but also a lifestyle and fashion influencer garnering a huge social media following which has led to big collaborations and a brand ambassadorship deal with top cognac brand Rémy Martin. 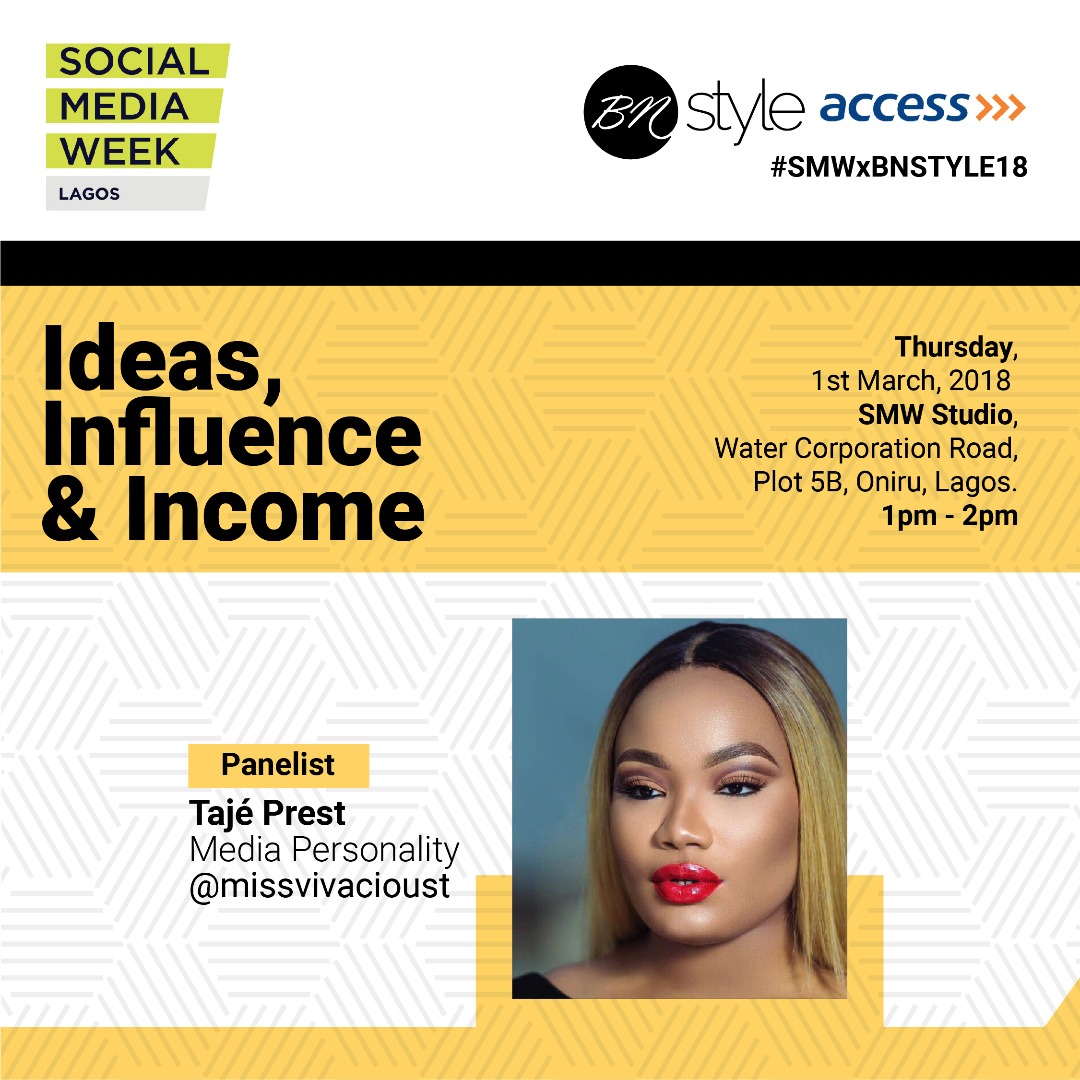 Tajé is a Graduate of Buckingham University with a degree in Media, Communication and Journalism. She is vivacious & fun; with a passion for fashion.

Currently the Star Host of The Wedding Guest with Tajé, and also hosts The Wedding Radio Show with commentary and feature appearances on the Men’s Corner on EbonyLifeTV and Spice TV. She’s also a contributing writer for BellaNaija and health and fitness coach with a fitness studio of her own called MotiVADE. Tajé recently launched her eponymous footwear line, Tajé Prest, starting with a range of slides. A brand she describes as “the beginning of her empire”. 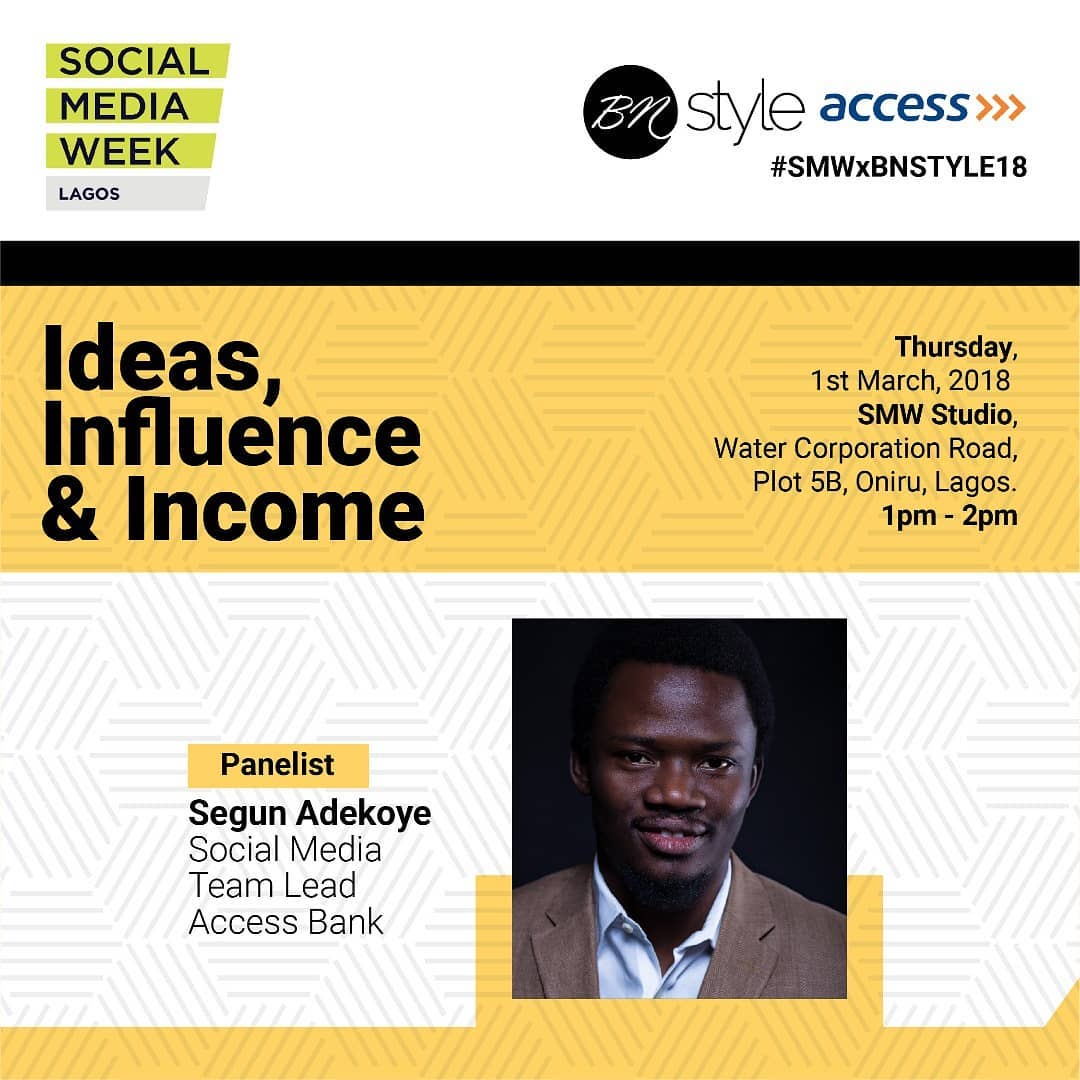 Segun Adekoye is a strategic marketing communicator with numerous years’ experience as a creative writer, brand manager and digital marketing specialist. His write-ups have been featured on BellaNaija, BBC UK, CP Africa, 360Nobs and other top digital publishing sites in Africa. He is the Social Media Team Lead at Access Bank and the Creative Director of BusinessDay’s ‘The Spark Magazine’. 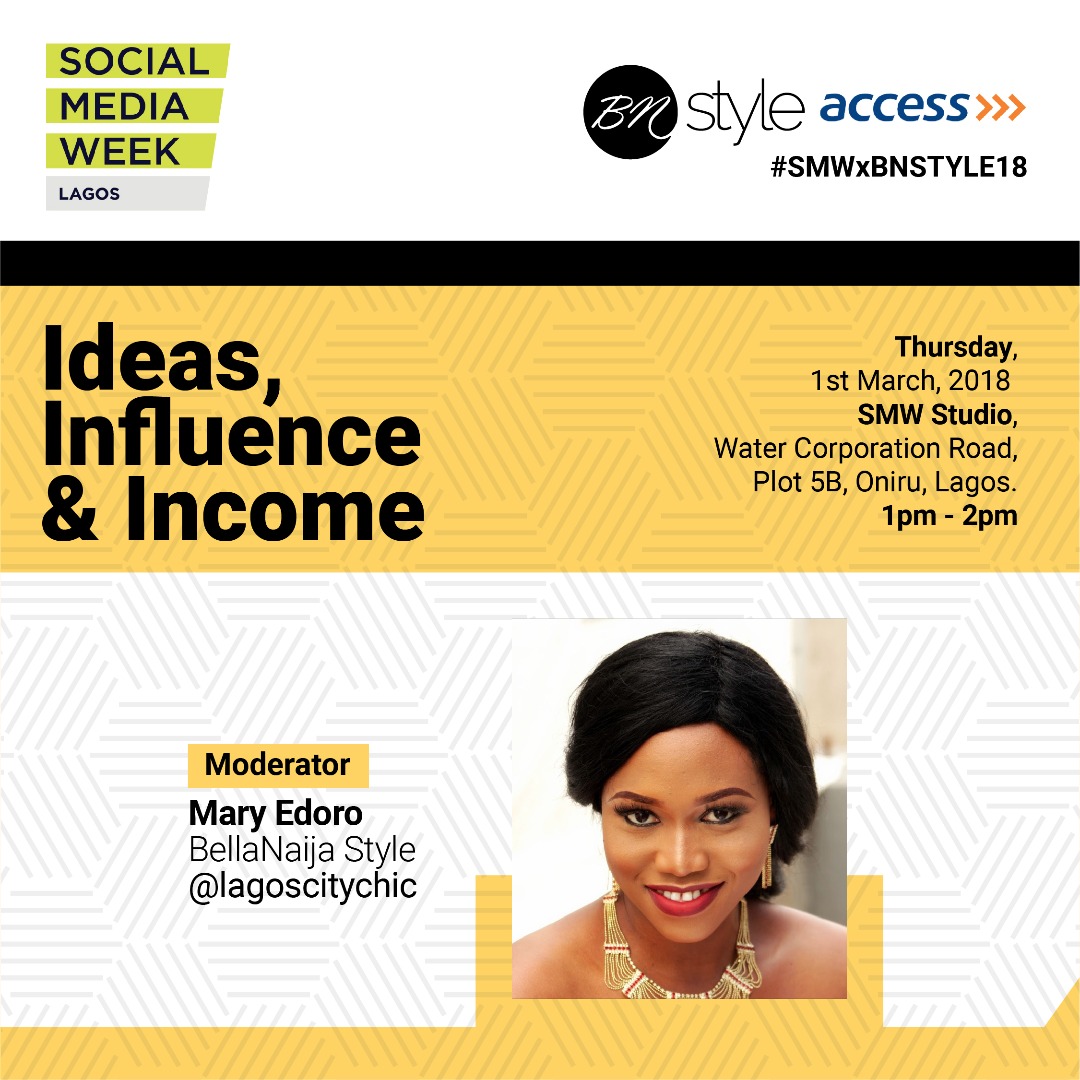 Mary is a seasoned writer and content creator. Since discovering her passion for writing at a young age, she has developed her skill by writing for renowned websites, using words to express her love for fashion. She is also an Editorial Assistant with BellaNaija Style handling engaging features and news content on the site and social media platforms.

Currently a blooming fashion and lifestyle influencer, she uses Lagos City Chic as a platform to showcase her personal style and offer guides to her favourite city, Lagos. Her efforts and skills have attracted collaborations and affiliate programmes with homegrown brands including Inighi, Haute Signatures amongst others and a feature on the Fashion Library TV.

Want to learn from the most influential social media, branding and marketing leaders in the country? See you at #SMWxBNSTYLE18: Ideas, Influence and Income!

Get more information about the panel here.

BNS Exclusive: Maki Oh’s Epic Archive Sale Is Here—and This Is Everything Our Editors Are Obsessed With