Africa’s premier fashion show, ARISE Fashion Week (AFW), is set to deliver one of its most exciting line-ups to date, when it returns to Lagos on March 30th to April 2nd at the Lagos Continental Hotel (formerly Intercontinental Hotel).

The organisers hosted members of the press to an afternoon of cocktails and canapes to reveal the designers that will be showcasing this year as well as the full event schedule. In attendance were designers, models, stylists, media personalities and fashion enthusiasts. 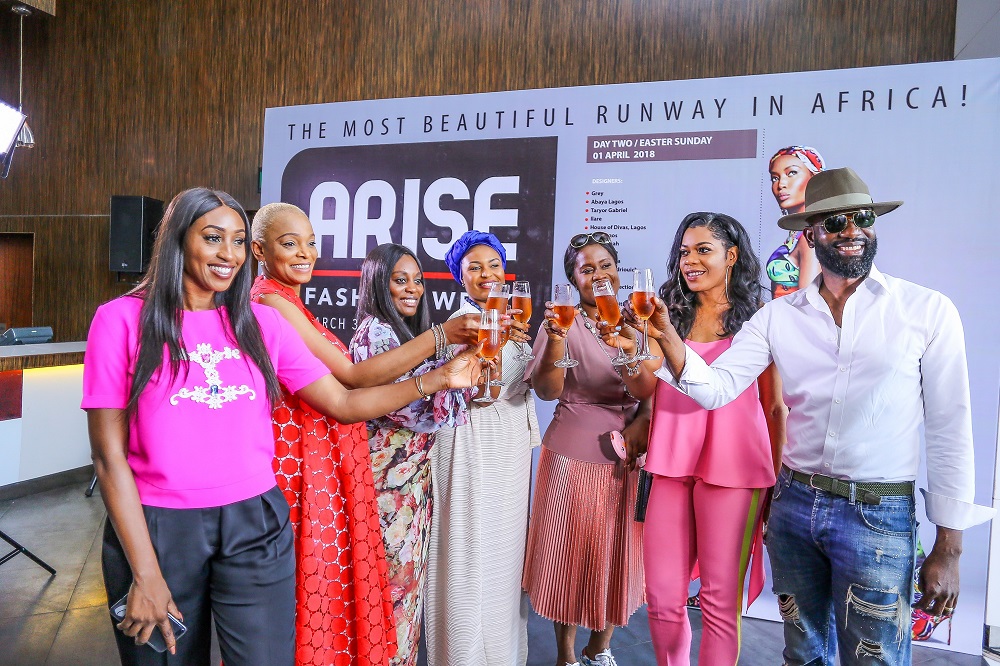 As announced, to kick off the three-day event on the morning of Saturday, March 31, the fashion extravaganza will have the distinction of showcasing the first Supermodel Masterclass ever to be held in the country, an ARISE Fashion Mentoring and Bootcamp, United Nations Special event, representatives of the federal government meeting with key designers, and The Showcase that will be anchored by Banke Kuku.

Later in the day will feature some of the best internationally acclaimed designers: LaurenceAirlines from Cote d’Ivoire and Paris, known for establishing a new space for contemporary African fashion across the globe as well as young South African designer, Thebe Magugu, whose craftsmanship and attention to design have garnered worldwide recognition.

Day 2 is to set to highlight designers offering luxurious and unique styles. From Germany, Sarah Duah will be featured on the catwalk, along with Koki Kamala from Botswana, Amine Bendriouich from Morocco, and South African-born designer and ARISE original, Gavin Rajah who regularly shows at the Paris Fashion Week will grace the runway with his glamorous, yet refined designs.

To round off the show, day 3 of AFW 2018 will boast leading designers from both the UK and U.S. Self-taught designer, known for dressing Cardi B, Rihanna and Beyonce, Laquan Smith, will be making his way back to Lagos from the U.S., to showcase his custom-made, bare-to-there fashion.

He will be joined by Ghanaian-British fashion designer, Ozwald Boateng, most known for the transformational impact he’s had on menswear fashion for almost three decades.

As is the custom, the best of these will be selected to showcase their designs during the New York Fashion Week (NYFW) in September this year.

Click on the gallery to see more photos from the event