Arese Ugwu Released A Sequel to Her Best Selling Book, And It’s Definitely Worth Obsessing Over 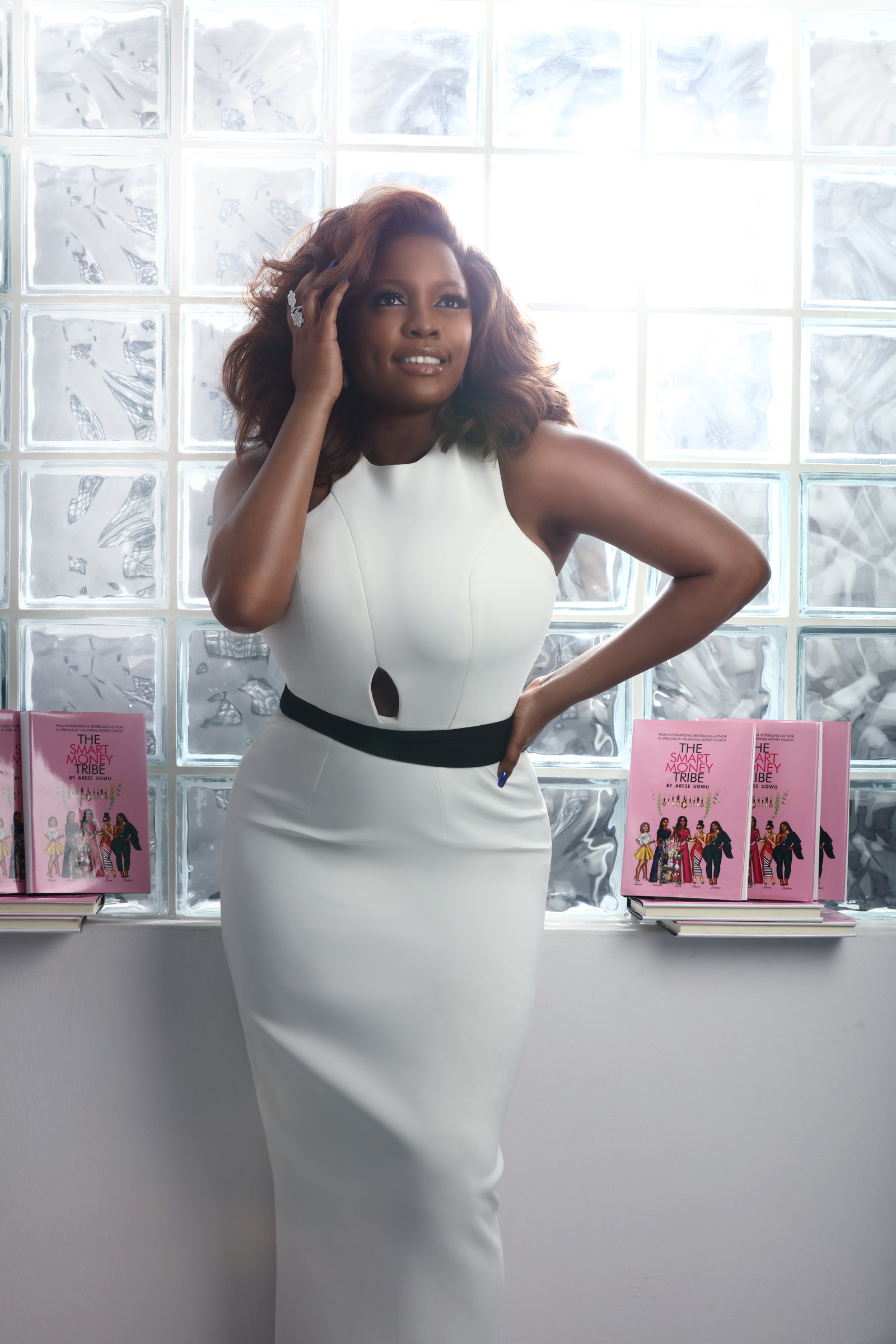 Smart Money Woman, Arese Ugwu adds yet another notch to her belt with the release of the  sequel to her first book! As a BellaNaija Contributor, Arese made her mark with her brilliant and insightful articles {Check them out here} and followed up with an incredible debut novel that was a hybrid of chick lit and personal finance education.

She has since gone on to host multiple shows like NdaniTV‘s – Analyse This and BusinessDay’s The Bridge.

Arese is determined to use her knowledge to help more African millennials gain financial freedom. So, it is with immense pleasure that we’re share  an excerpt from the sequel of her first book (The Smart Money Woman – An African Girl’s Journey to Financial Freedom) titled: The Smart Money Tribe.

“The award for the most commercially successful private equity deal of the year goes to Mr Tsola Preware, CEO of Zuma Capital!” The audience burst into applause.

Zuri couldn’t stop smiling as Tsola gave her a kiss on her cheek then strode on stage with his signature confident swagger to receive his award from the publisher of BusinessDay newspaper, Frank Aigbogun.

They were at the paper’s annual CEO Forum gala, the most prestigious business event of the year. Every professional in town wanted to snag an invitation, every CEO wanted a table, and better still, everyone who was anyone wanted to bag an award. Just being on the nominees’ list alone gave them bragging rights for years to come.

Tsola being nominated was no surprise; he was Nigeria’s private equity golden boy and the youngest nominee on the list. He had some of the most lucrative deals under his belt all before he turned forty, and this year he had worked on a highly publicised telecoms deal that had broken records in terms of its size and its impact on the business environment for SMEs.

“Thank you for this prestigious award. It was an honour to be nominated alongside so many great CEOs. Doing business in Nigeria is certainly different from what we learnt in business school,” Tsola joked.

The crowd laughed in agreement.

His voice took on a more serious tone. “However, it’s a privilege to be able to identify the problems in our country and fight to implement the solutions that overcome the many obstacles that are inherent in doing business in Nigeria. It’s been quite a journey and it would have been impossible to do this without my team at Zuma Capital who worked tirelessly until we to get us all to this point.”

The Zuma team applauded loudly from their table, standing up to cheer.

He held out the award and looked directly at where Zuri sat along with her besties Tami, Ladun, Lara and Adesuwa and continued, “I could also never have accomplished this in peace—” he paused and grinned, “without the support of my beautiful girlfriend, Zuri. We did it, baby! All the late nights and early mornings paid off! Thank you for understanding!”

He lifted his award triumphantly as he left the stage to another round of applause. Zuri couldn’t help feeling shy. Only he would have the nerve to acknowledge his girlfriend so publicly in such a formal setting; most Nigerian men would have reserved such public declarations for their wives. She tried to avoid the teasing stares of her friends who were all there to support Tsola because she knew she would burst into laughter and she was trying to keep calm as Tsola walked up to the table. She stood up and smoothed her red Fablane by Derin dress, hugging Tsola before he sat down.

Her phone beeped. It was a text from Olumide Sanni, an ex-boyfriend who had popped up recently and wouldn’t stop sending unwelcome, overly familiar messages asking her to dinner.

You always looked so sexy in a backless dress. Can’t stop thinking about you, the text read.

He is clearly in the room, she thought, slightly panicked, as she glanced around the banquet hall. She knew his father’s company was being honoured tonight as well. As she read the text again, her heart jumped—just a tiny bit—and she couldn’t help a small smile. She was flattered, but it was inappropriate.

She put her phone away. The last thing she needed was for Tsola to see her smiling over a cheeky text. He would freak out because they had just gotten back on an even keel after this deal closed and she wasn’t sure their relationship could survive another fight.

She couldn’t help it, but it upset her that he was so extreme when it came to his work schedule. When he was in work mode, she hardly saw him—no calls, no texts, no visits to see how she was doing. When she complained about wanting to spend more time together, his response would always be a fait accompli: ‘You could either deal with a broke man or a busy man.’

Tsola walked through the tables, trying to get back to his seat, stopping to greet several businessmen who stood up to congratulate him and his eyes glued to Zuri the entire time.

She looks magnificent in that red dress.

The backless dress hugged every curve on her body, ending just above the curve of her bum. He had been a little sceptical that the dress was just a touch too sexy for this event, but he had learned in the almost two years of dating Zuri he should keep those thoughts to himself.

If he was honest, there was nothing wrong with the dress, but he always had mixed feelings when they went anywhere together. He loved that when he walked into a room with her on his arm men couldn’t keep their eyes off her but at the same time, he hated it because she was his and he disliked the idea of any other man coveting her. Zuri was the only woman in his entire dating history that made him feel this way.

She drove him absolutely crazy and it wasn’t even about how she looked. She was brilliant, stubborn, and strong-willed, listened to him but still insisted on doing things her own way. He loved that she was such a go-getter with work and had become a fast-rising star at the real estate development company she worked at. There was a fire about her that was contagious, and he had known for a while that he wanted to marry her. He couldn’t explain it, but Zuri was his ideal partner. She just made his life better, she made him want to be better, to do more, to want more.

“You are a joker. You know that, right?” Zuri whispered in his ear as she gave him a hug.

“Only you would accept an award and mention your girlfriend. ‘Baby, we did it!’ abi?” She laughed. “You know you are in Nigeria, right? This is not the Oscars, babe. I’m sure a lot of these old fuddy-duddies baulked when you said girlfriend instead of wife.”

“But you are going to be my wife,” he smirked.

“Talk true,” Zuri said sarcastically, in pidgin English, sounding like a real Bini girl. It made her smile every time he made these declarations. However, as much as she loved Tsola, all their recent spate of fights made her question if they were compatible for marriage.

She wanted to say time will tell but instead she said softly, “I’m so proud of you, babe.”

Find out more about the book HERE

Sherlock Who? Jackie Aina is On the Case in Allure’s Eight Part Series ‘Beauty Detective’

8 Amazing Style Moments Served By Our Kenyan BellaStylistas This Week

Vanessa Banigo Be Your Own #WCW | Leaping into 2018 Like…