Vogue has definitely not had enough of South Sudanese top model, Adut Akech Bior. This young vibrant, and hard working model has just secured a nomination for Model of the Year at the 2018 Fashion Awards, we are not exactly surprised that Edward Ennigful chose her as part of the four significant figures to mark his one year anniversary at British Vogue.

After being confirmed as the new editor-in-chief of British Vogue in April, the Ghanaian-born went ahead to unveil his first cover in November of the same year with Adwoa Aboah as the cover girl. This one-year anniversary cover further reiterates the editor’s role in promoting diversity. 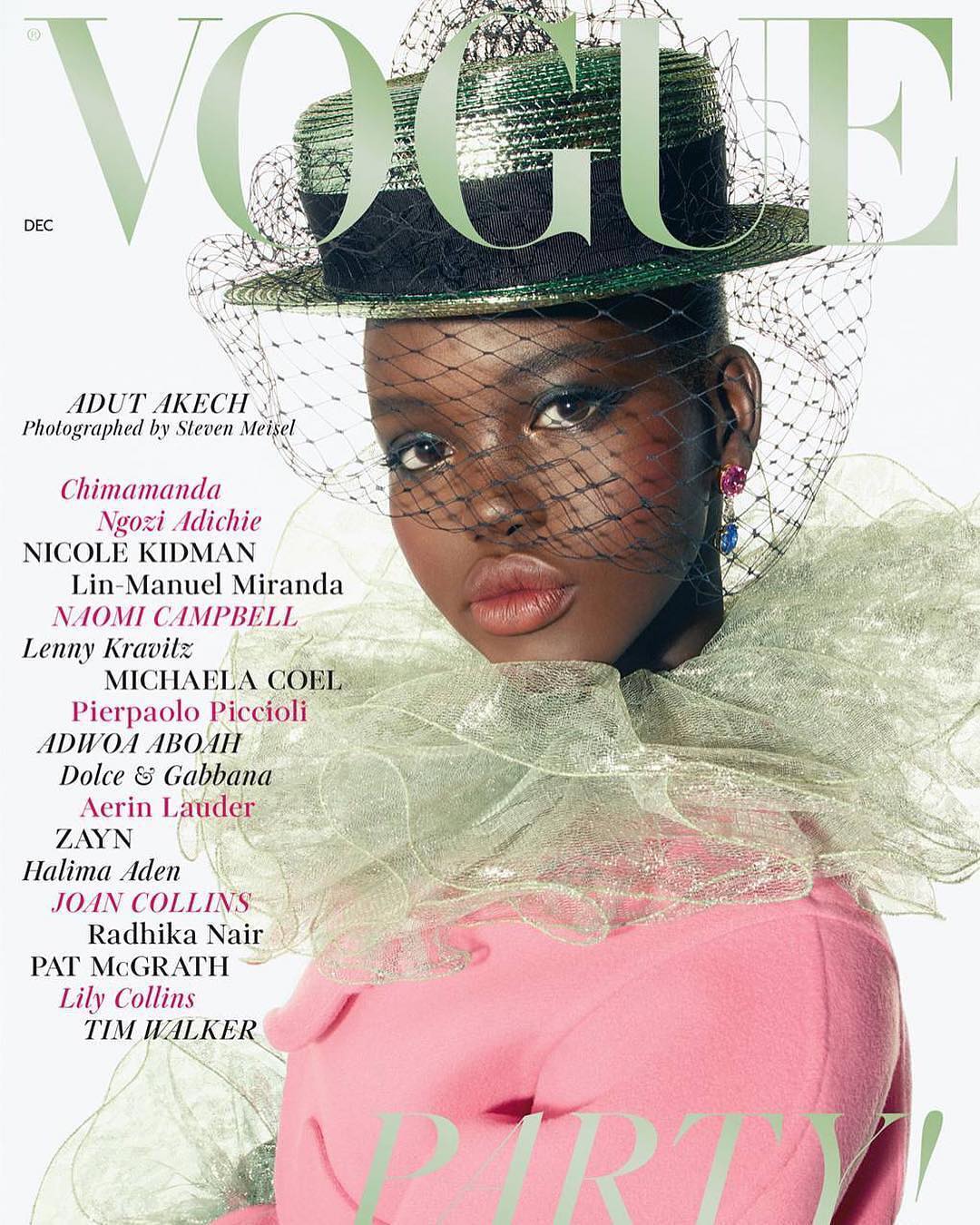 Adut who was the second black model to close Chanel’s haute couture Fall 2018 show in Paris earlier this year is serving 80’s vibe on the cover of the magazine with a boater hat adorned with a fishnet covering parts of her face. For the feature, she’s rocking a look from Marc Jacobs, soft pink lips and dark eyeshadow.