Adebayo Oke-Lawal, Trevor Stuurman and More Are The Style Pioneers Changing How The World Looks At African Men’s Fashion According To Esquire

With men’s fashion at it’s best yet and predicted to outpace womenswear by 2022, according to Business Of Fashion, Esquire has released it’s list of the fashion and style pioneers who are at the very centre of this men’s fashion revolution in Africa. The list includes male fashion designers, models, influencers, photographers and creatives who are heralding the continent into a new and better era and taking up their place as industry leaders and pillars as the industry witnesses a positive shift.

See the male industry leaders who made the cut below

Behind the scenes with @ciara on her latest project #FreakMe which I shot stills for and co-styled alongside the incredible @rich_mnisi. Choreographed by @just_sino_. Produced by @mysoulistic. Shot in Soweto.

Stuurman is no stranger to swishy media ‘best dressed’ lists, but the majority of his influence is carried out via Instagram – to 143,000 followers. His Insta feed reads like a Kehinde Wiley painting come to life, packaged and ready to be reshared. The photographer, stylist and creative director channels all his artistic energy into alerting the world to Africa’s beauty, diversity and potential for innovation across overlapping fields.

Ozwald Boateng is undoubtedly a giant of the fashion world; be it as a leader in Savile Row tailoring or as a one of a handful of African-heritage designers to have shaken the industry with their originality and creative ingenuity. He is credited with elevating classic tailoring in the eyes of his contemporaries and his creations have been worn by icons of music and film such as Jamie Foxx and Will Smith. Born to Ghanaian parents, the British designer has not only been recognised in the fashion world but also the world of academia (he holds several honorary doctorates including a Veritas Award from Harvard University. He has dressed everyone from Mick Jagger to Chiwetel Ejiofor and has garnered a slew of awards for his successful crusade to solidify classic tailoring in the world of haute couture.

Blossom in some Orange Culture today. Have you shopped the brand yet?

Despite trials, Adebayo Oke-Lawal has seen his thought-provoking collections through to international success. His Lagos-inspired fashion label, Orange Culture, embodies the notion of trail-blazing with its non conformist, atypical approach to menswear through the lens of the African aesthetic. Showcased during London Fashion Week Men’s (to a lot of hype from digital audiences and fashion gatekeepers alike), the androgynous menswear brand was also a finalist for the LVMH prize in 2014 – just three years after its launch.

Yannick Ilunga, A.K.A Petite Noir, is a musician who’s on and off stage persona quickly became as memorable as the addictive trip-hop sound of his music. Born in Brussels to Congolese parents, Ilunga was brought up in Cape Town, a place he considered the cosmopolitan hub for creative African youth. His music videos are often abstract, colourful extensions of his lyrics and, although his heritage is clearly visible, he also indulges in mixing cultural metaphors. “I believe that whatever I do is inherently African, because I already embody it in who I am,” he says.

As Olowu’s famous fans include the likes of Saoirse Ronan, Tracee Ellis Ross and Thandie Newton, it’s safe to say that his creations aren’t geared towards men. But the Nigerian designer holds significant influence within the fashion industry at large. The disruptive nature of his penchant for clashes and his dismissal of seasonal trends throws a question mark on what we are told (and therefore consider to be) ‘staples.’ That’s why his contribution to the way others view African fashion was invaluable from the start. 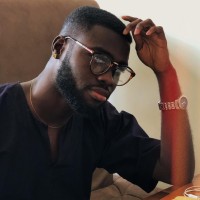 Elevate Your Style In 2021 With These Proudly African Jewelry Brands

Vogue.com on WAFFLESNCREAM – The Urban Crew putting Nigerian Skate Culture on the Map