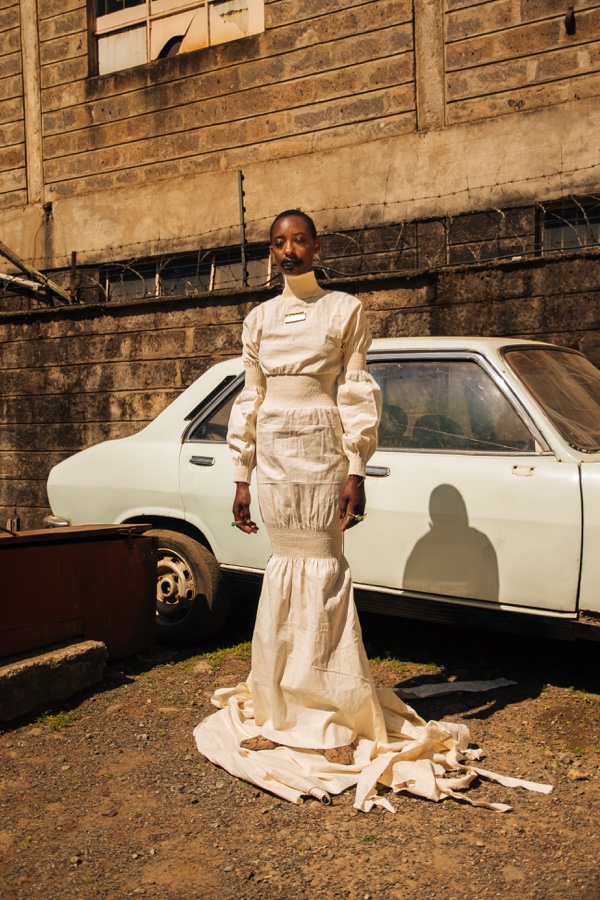 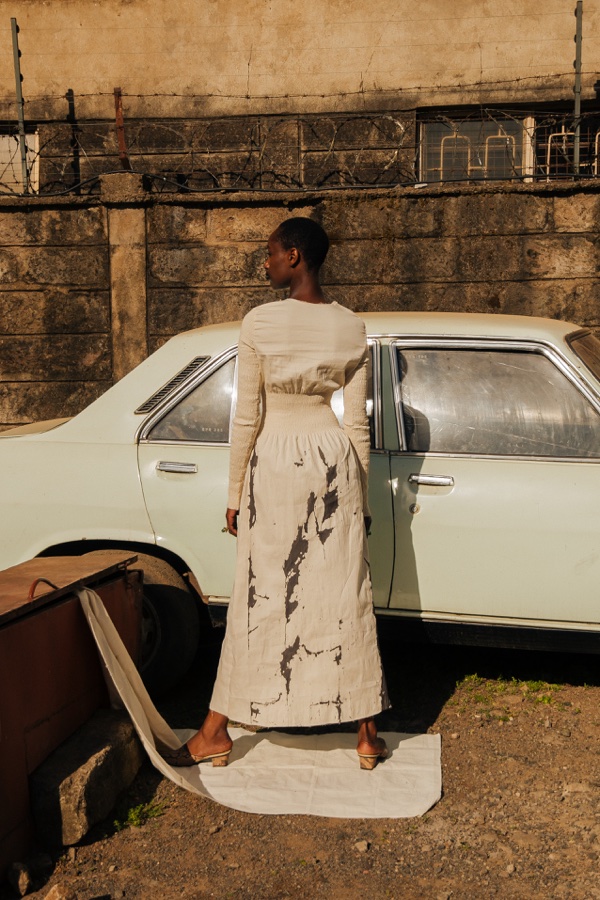 In a press statement from the brand:

In search for the relationship between the spirituality of becoming something else or someone else with the power of textiles and design through, Cotton. Inspired by the legend of Queen Nyabingi, revered as a powerful ancestor in East Africa, who spoke through priestesses called Bagirwa. Most of who were traditional healers, one especially called Muhumusa who fought against colonailsm, chosen by Nyabingi as her prophets and had the ability to enter and possess human beings.

Wearing barkcloth veils, they entered paranormal states with “stylized trembling movements” and prophesied in arcane language, with high-pitched voices, holding dialogues with Nyabingi and speaking in her name.

Cotton was the first mass consumer commodity and one of the world’s first luxury commodities, it was also the commodity whose production most dramatically turned millions of black human beings themselves into commodities and was worn by these commodities, thereby being possessed in themselves with what they assumed were commodities..

Despite the end of colonialism, there is still some sort of colonialism represented in the invasion intellectual. Most of Cotton is mostly produced exclusively for export, meaning that there is little local transformation of the cotton into finished products (textiles or clothing). At the same time, West Africans are the unique and voracious consumers of foreign textiles, which are manufactured mostly in Asia and Europe. As a result, African countries intervene in the value chain only at the beginning (production of cotton) and end (consumption). They realize relatively little profit from production, while spending large amounts on consumption – a phenomenon that perpetuates their position at the bottom of today’s global economy.

Despite farmer independence, the system remains top-down, controlled by the buyer company, often the state. As we will see, this top-down system has had mixed consequences for the African cotton farmer today.

This collection is questioning that divide and reinventing our acceptance of our own hands, aiming at changing this system through clothing and textile design. All textiles were sourced in West Africa and made in East Africa, using unbleached plain and twill weave canvas cotton with all natural dyes (hand dyed). Our colour palette was represented by Maroon using Roselle plant associated with Mother Earth, symbolizing femininity healing and protection against evil spirits and Brown and Black using Lawsonia inermis, associated with spirituality, the soul’s connection to one’s ancestrors, age, maturity and ability. 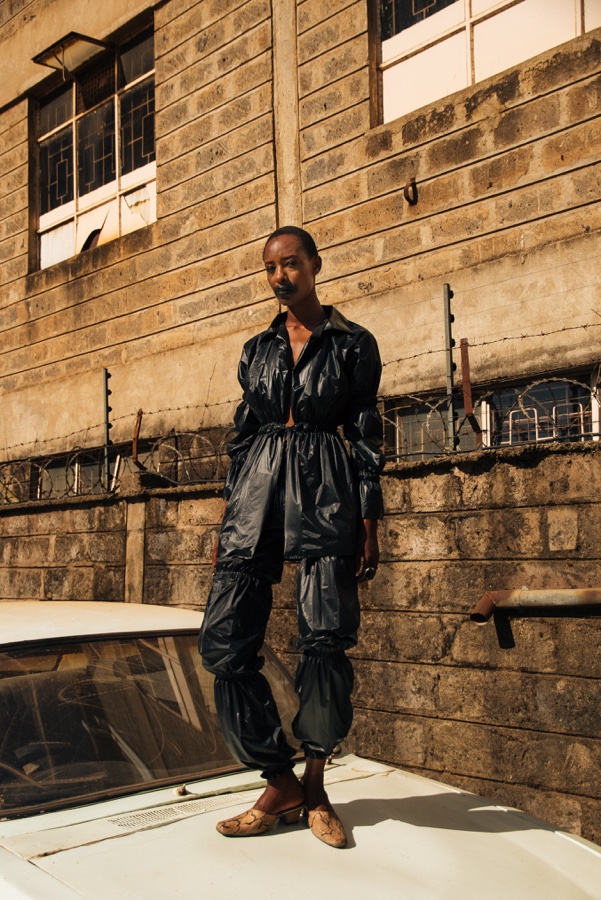