Lagos Fashion and Design Week is no more. The design, an ambiguous aide, has been axed and Lagos Fashion Week is as it was always supposed to be. The gesture is symbolic for so many reasons. Eight years ago this month, when the first Fashion Week began, it was described as a 4-day event with a toppling schedule and an even heavier mandate – to showcase Nigeria’s best designers and to amplify their message globally. In order to do this, the team had to embrace the narrative that this was a new development like fashion had not been happening all along – one writer called Nigeria an unlikely destination for fashion week, given its seedy reputation.

And there was so much focus on the reasons why the country’s industry seemed nascent – infrastructural issues, cost of doing business, the second-hand clothing industry, which hindered the patronage of young and talented Nigerian designers. While all these things were or are still true in some cases, Lagos Fashion Week has responded in kind.

In response to the lack of skilled garment manufacturers and pattern makers, Lagos Fashion Week partnered with the Nigerian Export Promotion Council to train manufacturers in Nigeria. In order to deepen the pool of designers with access to what they needed to create,they created a talent sourcing and development platform called Fashion Focus to spotlight and support emerging designers. To magnify the work of local talent abroad, Lagos Fashion Week provided opportunities for designers to showcase their work by hosting a showroom in Paris for designers to meet with buyers and press, participating in international trade shows such as Pitti Immagine Italy and securing partnerships with retailers like Selfridges and The Place London. These connections and collaborations aren’t limited to brands outside the continent, there has been a concerted effort to partner with brands within Africa. Lagos Fashion Week’s collaboration with SandStorm Kenya, a luxury bag manufacturer headquartered in Nairobi to make tote bags inspired by Lagos and the city’s most infamous mode of transportation, the Danfo bus, is a recent example.

These are just a few of the many ways that Lagos Fashion Week has risen to whatever challenge it has encountered on the way to building this ecosystem of fashion that is stable, self-sufficient and successful.

Despite every success, there is a question that often lingers at the beginning of a new season, what’s next? The question is well-intentioned and seemingly harmless, but it is loaded. It bears an often unfair weight of expectation and the thinly veiled critique that watching over 50 designers and hundreds of models in beautiful clothes traipse down the runway is an easy feat. I am guilty of asking this question myself. This time, I lobbed it at someone who works for Lagos Fashion Week and was met with a puzzled look. “What do you mean?” she asked.  “I don’t know, what are you guys doing differently this year?” I prodded. At this, her confusion calcified into righteous indignation and she replied, “we are doing what we always do. Why do we have to be ‘different’ every year?”

The context was clear, in cities like Paris, New York, and London, the anticipation about what new and exciting development one could expect at a fashion week was directed at the designers, the creatives. The question was informed by the alternate seasons, the changing creative directors at different fashion houses. In Lagos, it seems different. Although Lagos, amongst other African cities like Nairobi and Johannesburg, is home to a growing industry, it is still beleaguered by its reputation to prove itself. And the mandate to seemingly fix structural issues that are rooted in socioeconomic fault lines that formed decades ago weigh heavy on the runway. It’s not to say that Lagos Fashion Week has not taken up the challenge with vigor and earnestness, but it reveals the undue expectations placed on the platform. 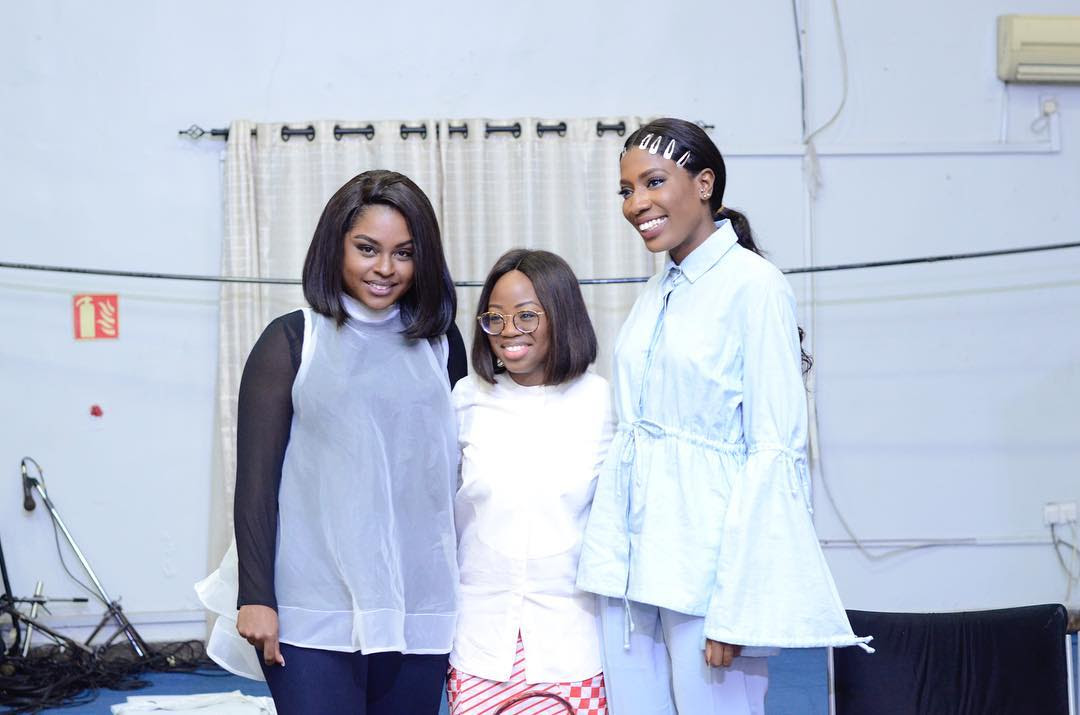 My interpretation of Fashion Week’s lithe new moniker is a shedding of that burden. It’s not reneging on its original declaration to showcase Nigeria’s best designers and to amplify their message globally, and it never has. For eight consecutive seasons, thousands of guests have flooded the tents, hundreds of models have walked the runway, and even when the show is over, the lights are off, and all is said and done, the work still continues. It may not always be “new” or “different,” (or even trying to be either of those things) but it is resolute in its mission to help build Nigeria’s growing industry  and promote its diverse talent, and that consistency in itself is a testament of its own.

Ashley Okwuosa is a Nigerian writer and journalist living in New York.

The Nandi Madida x ALDO Collection May Be The Hottest Collab of the Month!

Aysha Sow Is Waving The Diversity Flag As One The Faces For #Primark50!