The year is off to a bright start for one of South Africa’s favourite media girls Unathi (née Nkayi). The M-Net’s Idols SA judge is the latest cover star for DestinyConnect Magazine February edition.

The cover photo is bursting with colours as Unathi wears a floral lace dress paired with coral tassel earrings and eccentric blue lace-up sandals perfect against a pink backdrop. 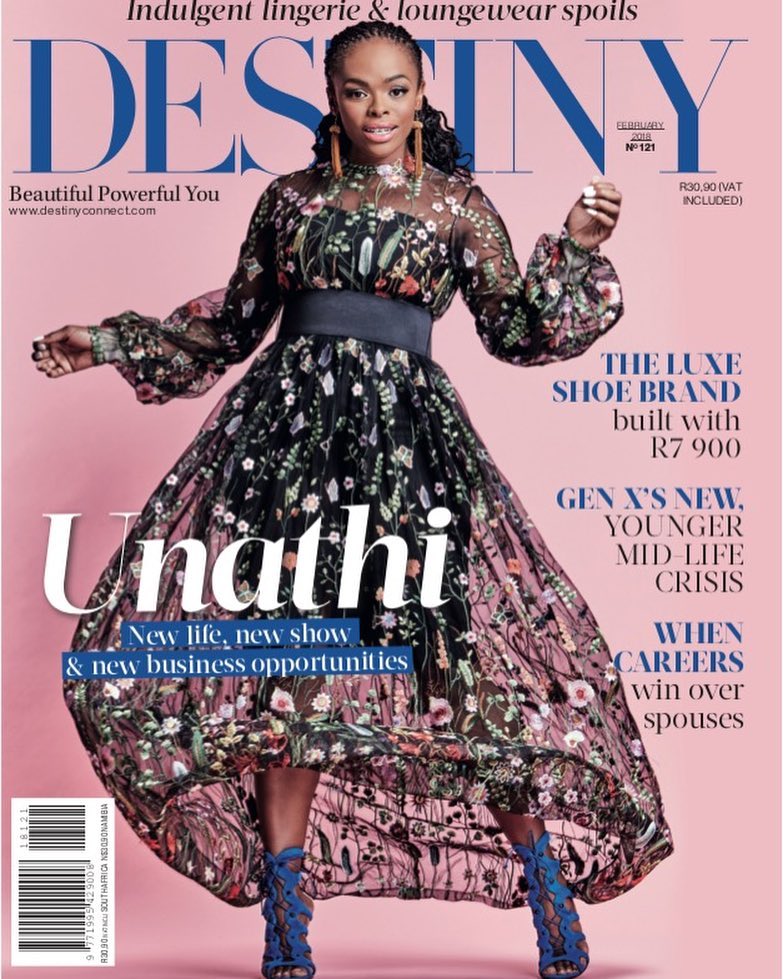 Inside the magazine, she talks about quitting her job at Metro FM after 10 years at the helm of one of radio’s biggest and most profitable shows, launching a new album and the controversial split from her husband of many years, Thomas Msengana.

Here’s an excerpt from the interview:

2017 was the year I stopped doing everything, except Idols and working on my album. After leaving Metro, I was working at about 30% of my normal capacity,

It’s the first time I haven’t had to treat music like a hobby, in between radio, cooking dinner, MCing and all that other work. I didn’t realise how not having so much clarity had affected my previous albums. It was so much more fulfilling and so much more of a quality product this way. I got to live the life of a selfish artist, obsessing over rhythmic progressions and melodies.

I was present spiritually and intellectually and I’m proud to say that I now regard myself as a true vocalist. I’ve never sounded the way I sound on that album. I was, like, ‘Girl, is that you!?”

The magazine is available for purchase on www.destinyconnect.com

BellaStylistas, Here Is Where To Shop The Hottest Lingerie Of The Season

Mark Your Calendars – Fashions Finest Africa Kicks Off This Week!