Toni Tones on Her Personal Style, Playing Young Eniola in ‘King of Boys’, and What Working With Kemi Adetiba is Really Like 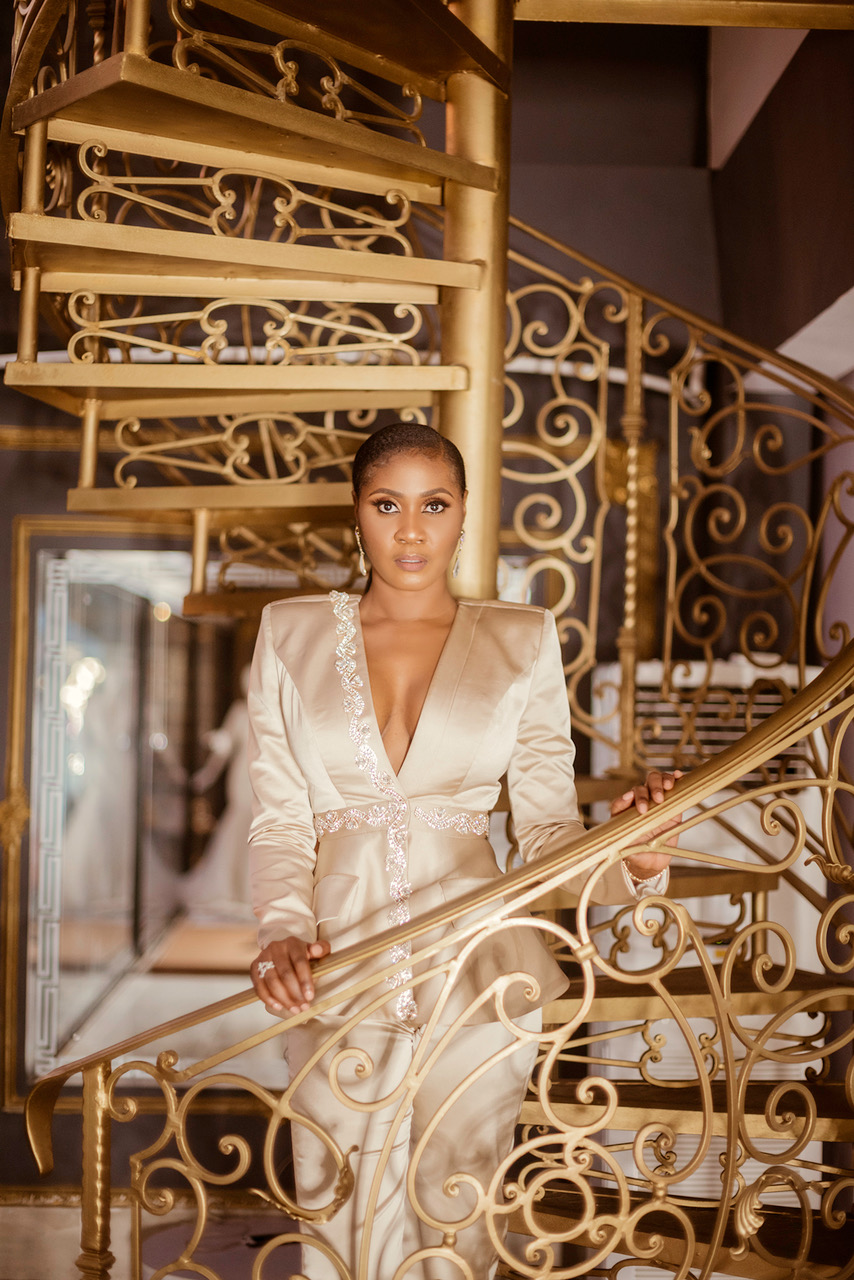 Is Toni Tones the next big thing in Nollywood? Whilst the multi-hyphenate has worked slowly but steadily in fashion, music and acting, her breakout role in King of Boys as the young Eniola has already started gaining early AMVCA buzz. And this is no mean feat for the young and talented actress -she undeniably has the elusive It factor—plus a killer sense of style – but is this enough to take her all the way?

We don’t know about you, but we are definitely betting on Toni.

Scroll below to see the quick chat she had with BN Style Editor at Large Isoken Ogiemwonyi, where she dishes about her role, the challenges of being the young ‘King of Boys’, her premiere look and more. 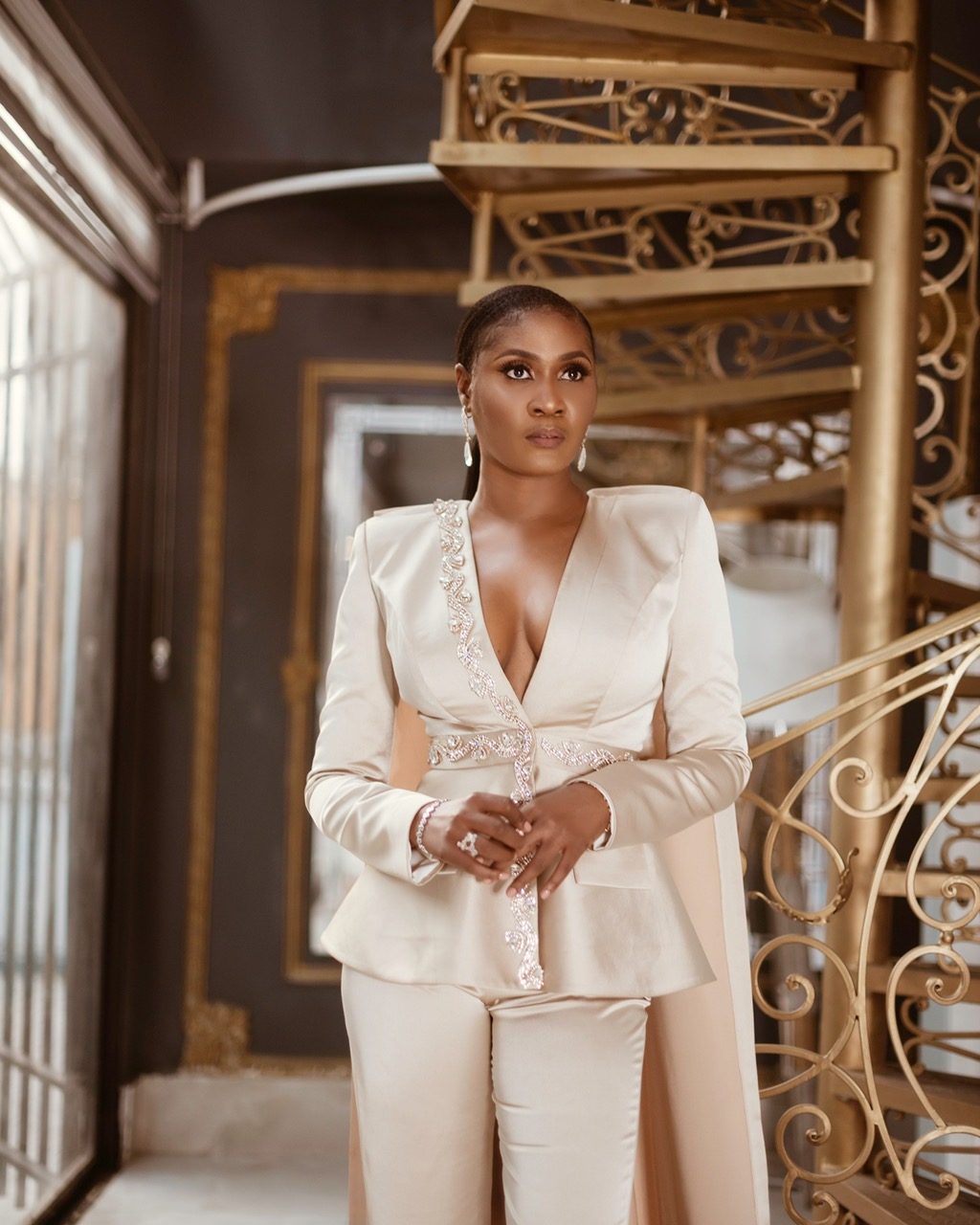 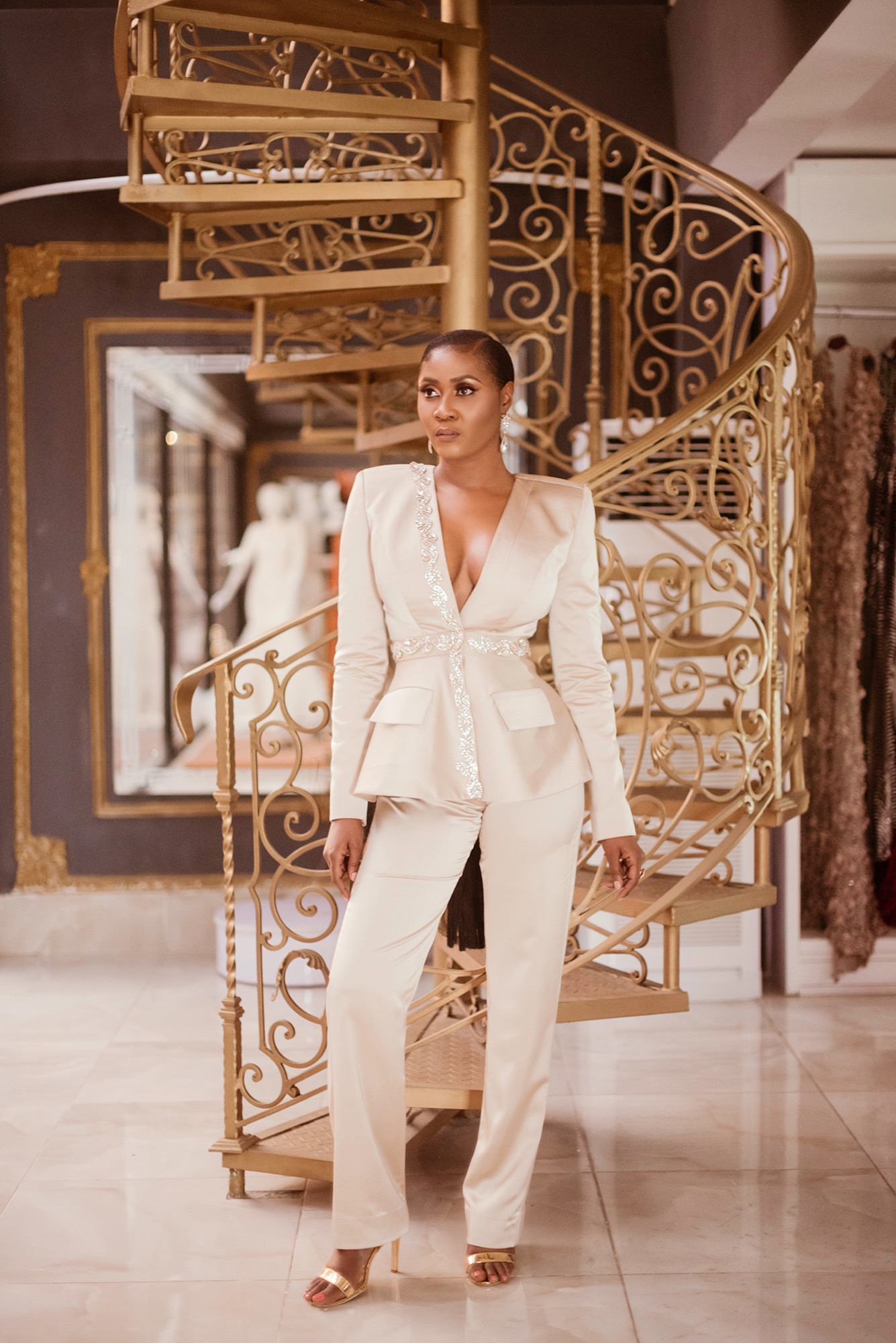 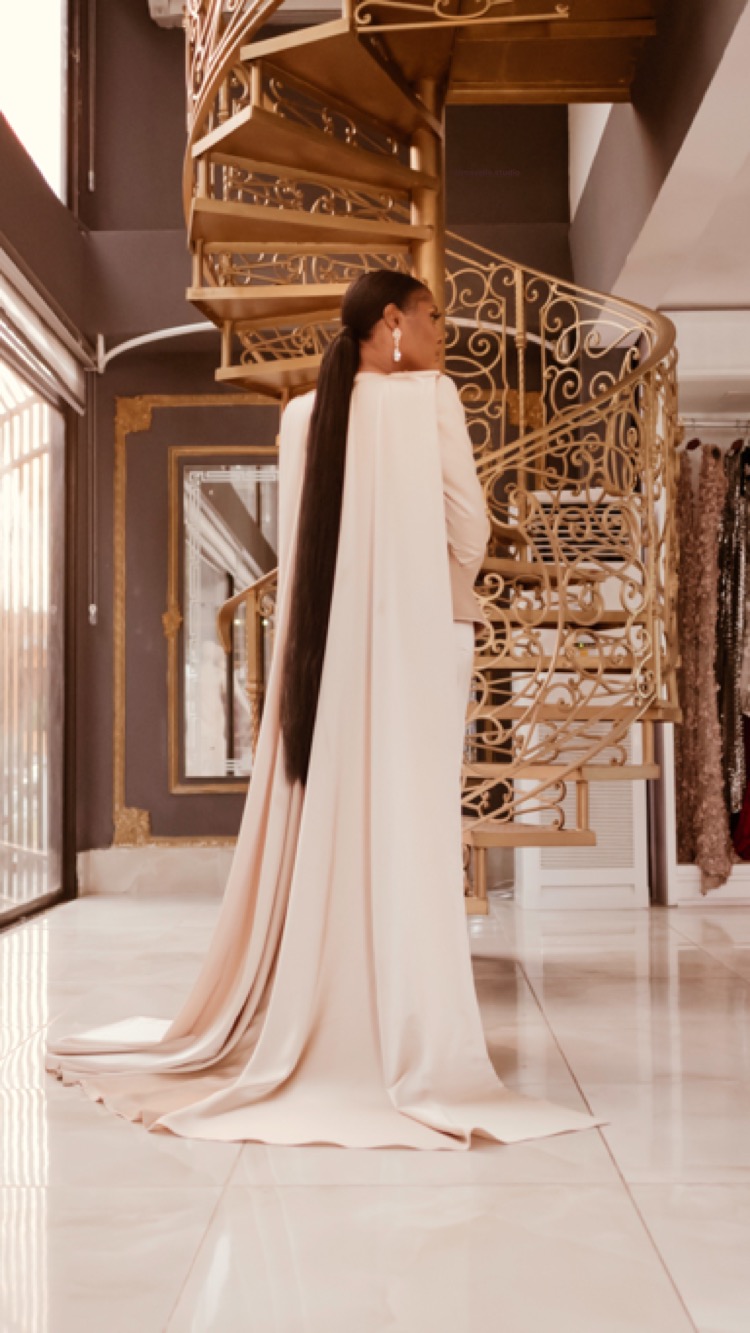 What was the  biggest challenge in portraying Eniola compared to your previous roles?

My biggest challenge was figuring out a way for people to watch and not see ‘Toni Tones’ but a younger version of Aunty Sola Sobowale, having to match her strength and depth in a manner that is close to her as possible.

I had to come up with a strategy to achieve this. Learning her mannerisms intensely and trying to emulate them.

What character traits do you and your King of Boys character share?

We both have a strong sense of self. 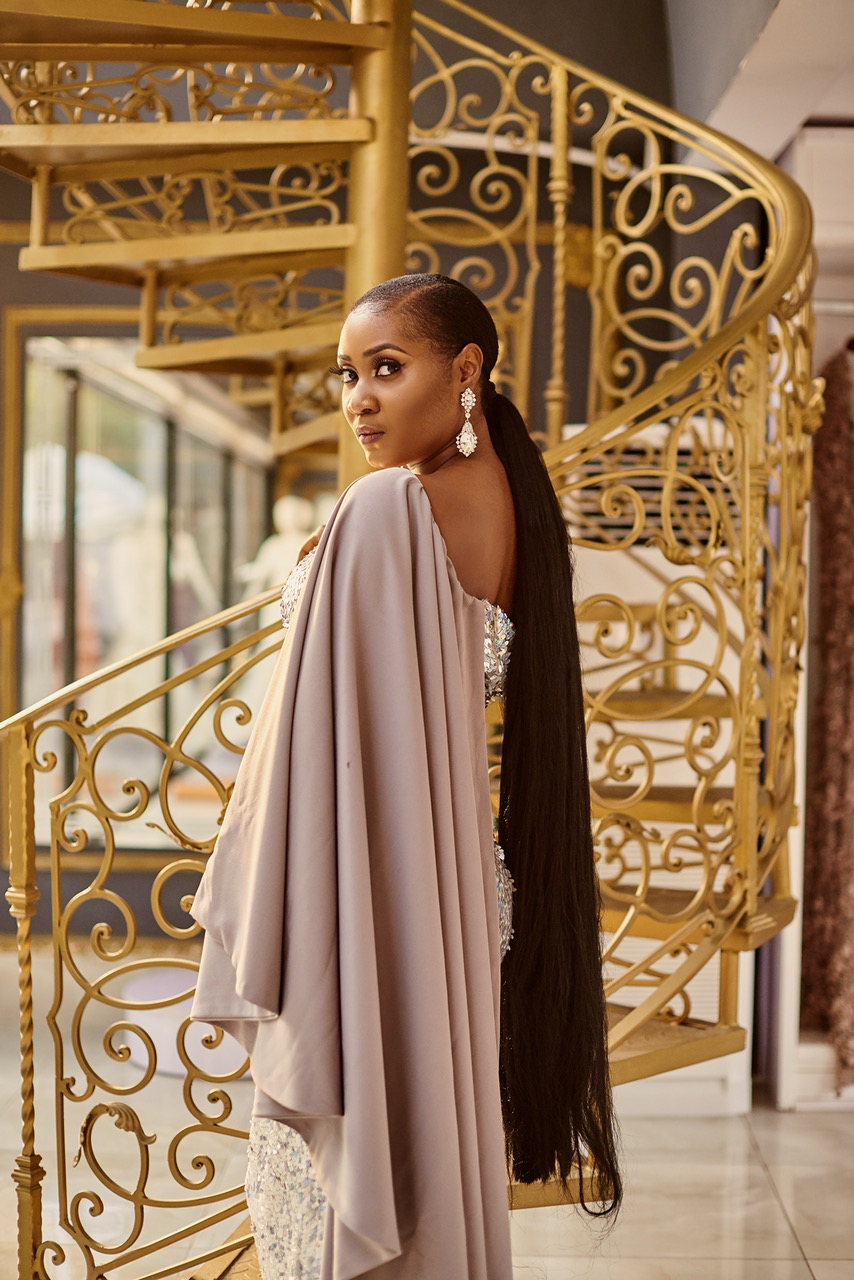 What would you say was the most invaluable thing you did to prepare for this role?

Studying Sola Sobowale for weeks.  I studied her for ages. I even decided to put on weight for the role and become a more voluptuous version of myself – a look that people aren’t used to.

I also strained and cracked my voice to get it as close to the husky quality that Aunty Sola’s voice has and learned to modulate my words like she did so I could sound more like her.

But all of the work paid off as viewers were able to tell within seconds of watching the trailer that I was playing the ‘Young Eniola Salami aka the young ‘King of Boys’. I am extremely proud of the work I put in.

Favorite outfit you wore on set ?

The traditional iro and buba looks I wear in King of Boys. I really enjoyed wearing them, They were extremely different and really helped me get in character. I felt like a ‘bad ass’ in it.

Tracksuit bottoms and a tank bodysuit.

Key pieces in your wardrobe?

What was the most exciting part about playing the role of Eniola?

The opportunity to finally get to show my range and versatility as an actor.

To prepare to take on such a major role in a film as highly anticipated as this one, I had to be in a healthy state of mind, and do a lot of character research. It was really hard work but totally worth it.

Unless you were on the set of King of Boys, you probably would not know that… I speak Yoruba language fluently

Kemi Adetiba was a dream to work with. She is a great director. She makes you feel really comfortable on her set, she is clear about what she wants from the character but allows you to make it your own. I also love that she did not typecast me and gave me the opportunity to show my range. I’ll forever be grateful to her for that. Overall working with her was a beautiful experience for me.

What do you love most about your personal style ?

It’s timeless. I rarely follow trends, instead I try to  create my own unique style and aim for looks that never go out of fashion. I plan on passing on a lot of my favourite fashion pieces to my children.

Four words to describe your style

Tell us about your looks for King of Boys, why you decided to wear multiple looks and how the designers you worked with achieved the looks

The dress code was ‘Gangster royalty.’

I decided to go wear two looks for the premiere of ‘King of Boys’ because I knew it would be a big night for me and I wanted to make it really special and memorable.

I worked with stylist Damola for the premiere. It was our first time working together and we had great synergy. We decided to make a power suit for the first look and an ultra glamorous dress for the second look.

We collaborated with Mazelle Studio for power suit. And after bouncing ideas off each other, we decided to make an embellished gold power suit with the cape, and I absolutely loved the final result. It looked glamorous and was unique. It screamed wealth and power and the cape added an edge of drama to it that I loved.

We collaborated with Bibi Lawrence for the second look. A silver sparkly dress asymmetric dress with a capelet draped over one shoulder. This was to be our ‘glamorous wife of A gangster’ look and I absolutely loved the final result. It was simple but elegant and extremely glamorous. The designer nailed it!

I need to mention both designers created each look in 24 hours, just a day before the premiere. Unbelievable right?

I had been extremely busy with work and didn’t have a lot of time to dedicate to finding an outfit for the event till really late. I contacted my stylist Damola just 3 days before the event. By the time we had decided on what direction to go in and what designers would make each look, there was just one day left.

I was a bit nervous that I had cut it too close but both designers worked tirelessly to make sure the clothes were ready on time, I was blown away by their dedication to my project and I am extremely grateful to them.

What were the main beauty considerations, since you were opting for two looks?

We needed hair that could transcend both looks effortlessly so we kept it simple and went for a side parted low ponytail, but made it a statement look, by making it extremely long.

The lovely people of The Beauty Box Lagos brought our vision to life beautifully.

We kept the face minimal with a subtle shine nude look and ‘Blushed Pro’ did justice to my face beat.

My glam team deserves all the accolades as the worked tirelessly to make sure everything came together beautifully. 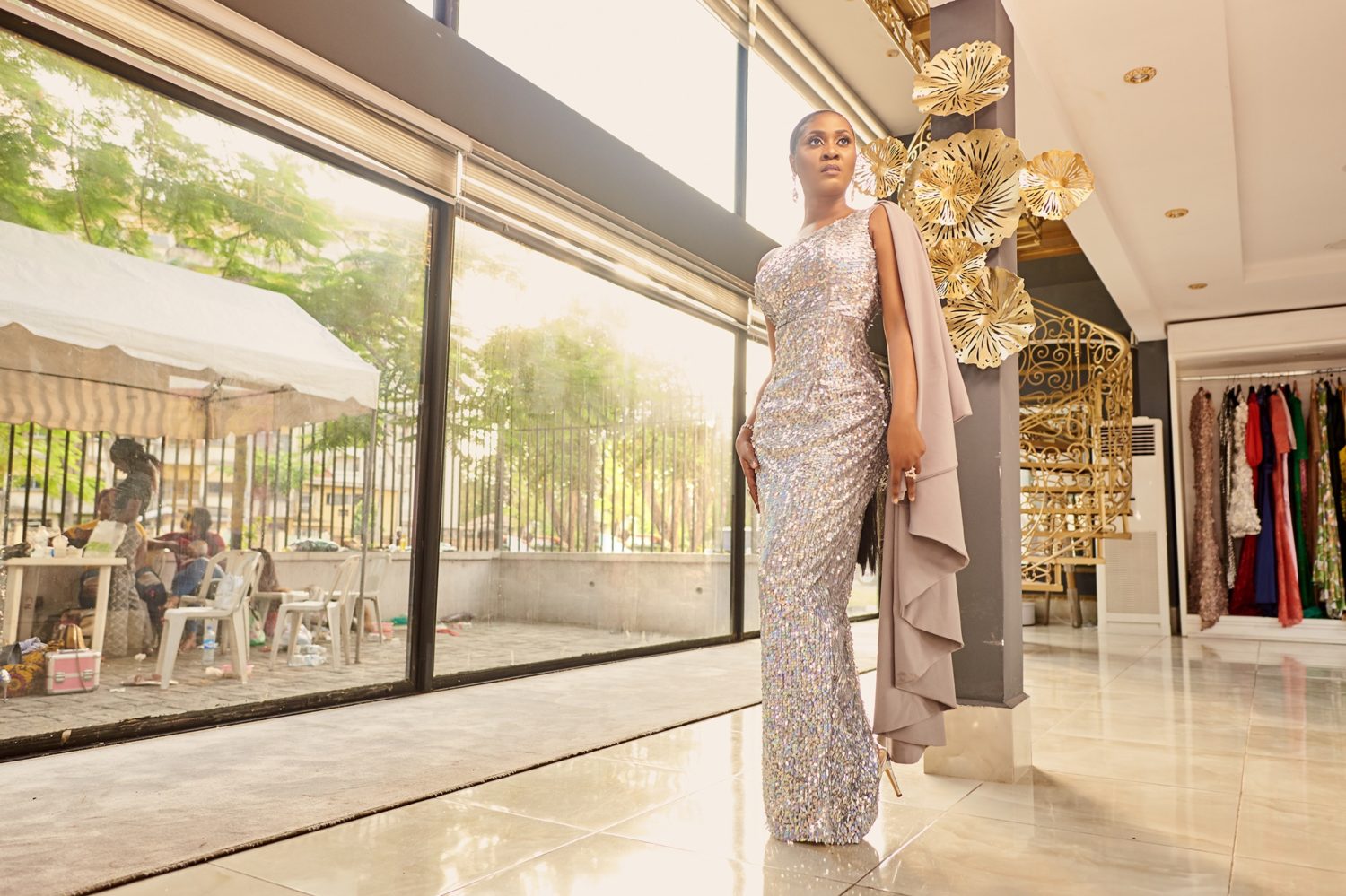 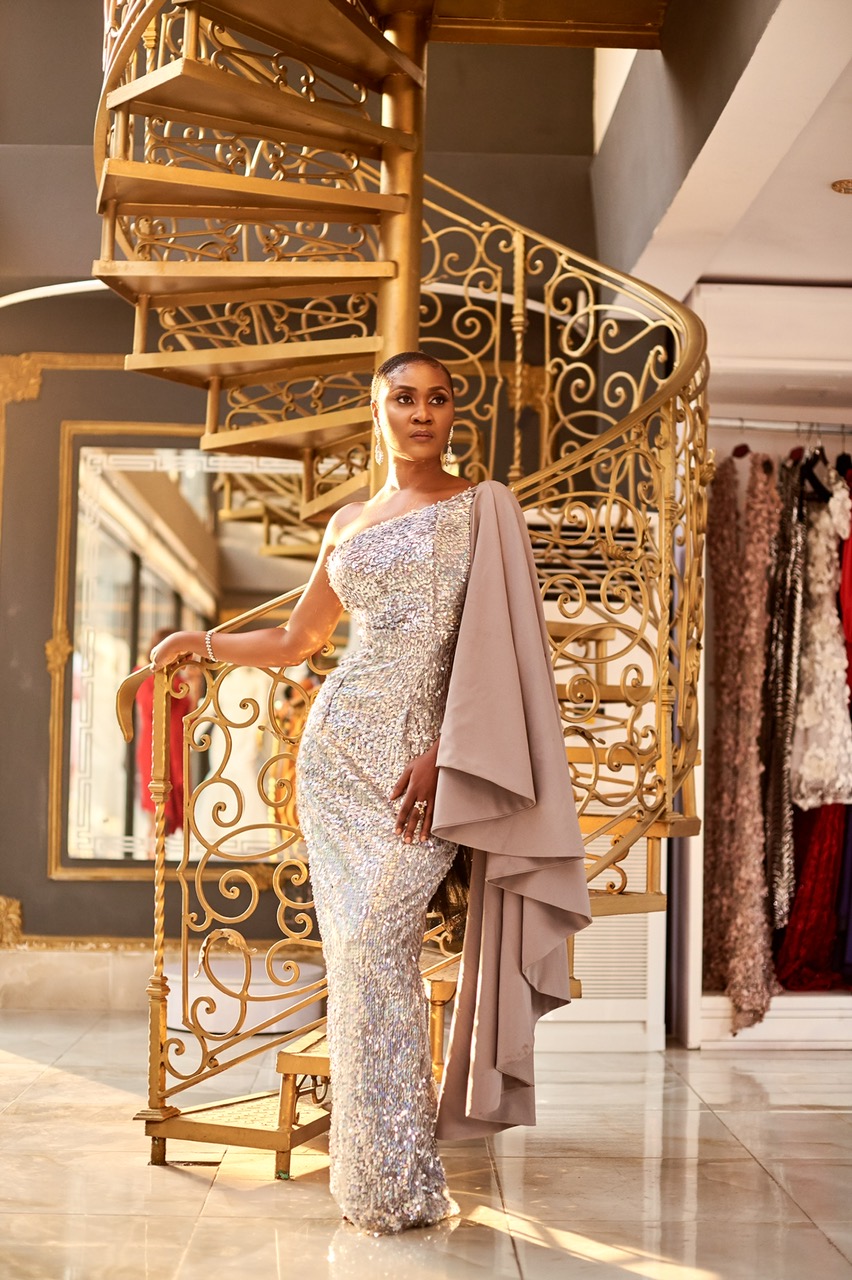 Titilade’s Ultimate Style Guide: 6 Steps To Find The Right Outfit For Any Occasion

No Doubt, Lala Akindoju Nailed The Suit Trend In This Mai Atafo Outfit