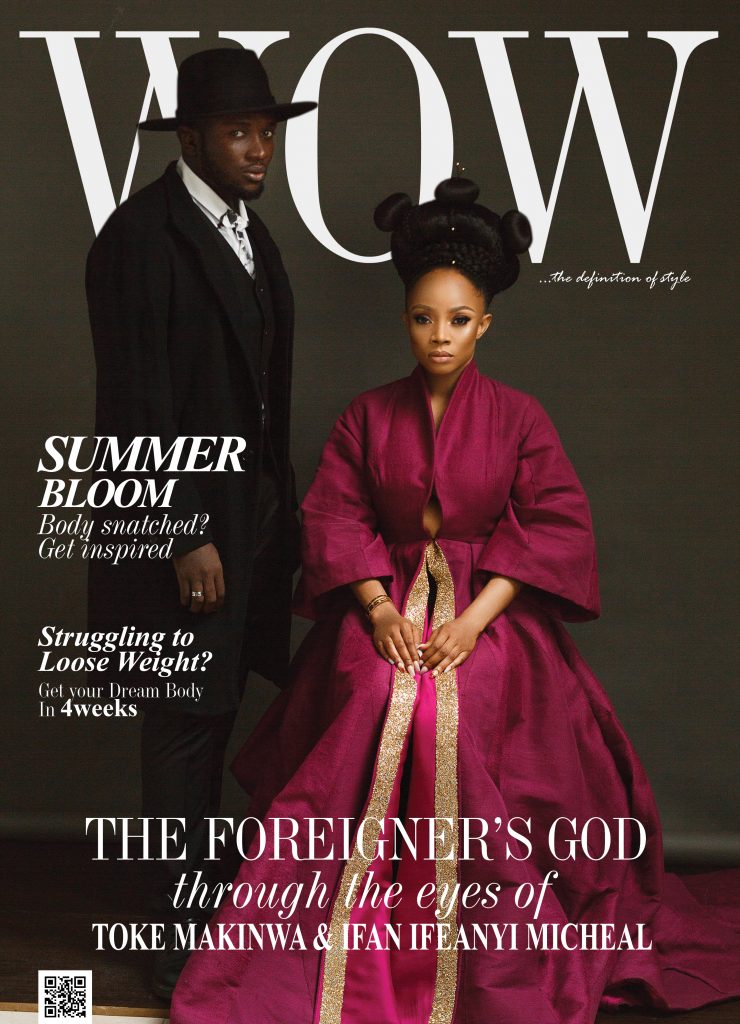 For the cover, Toke is dressed as a Korean queen in a kimono from Abaya Lagos, completing the look with a traditional Eoyeo meori hairdo. Ifan Ifeanyi Micheal looks dapper in a vintage three-piece suit and fedora hat.

Toke, who stars in Ifan’s latest production, Foreigner’s God also features on a second cover for the magazine dressed in a faux fur IAF Label coat. 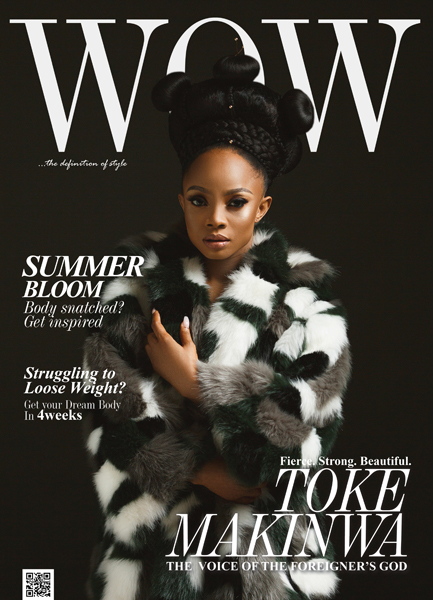 Read excerpts from their interview below:

Ifan on Foreigner’s God: The Foreigner’s God is an in-depth story. I consider this movie a challenging work of literature. This is an evergreen classic which will hold fondness to anyone who sees the movie. 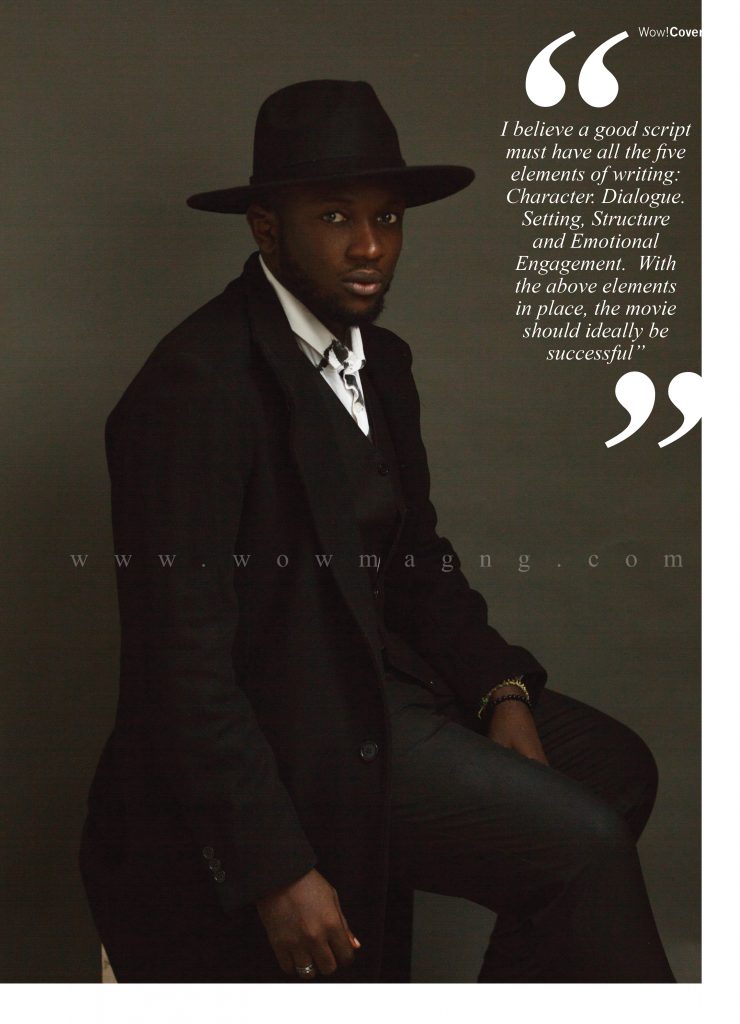 Toke on her character: When I was informed of the role by the producer, I went through a series of emotions; fear, doubt compassion. Rape is a huge issue, millions of women out there suffer in silence and being able to stand with victims of rape with my voice is an opportunity I wouldn’t miss in a lifetime. 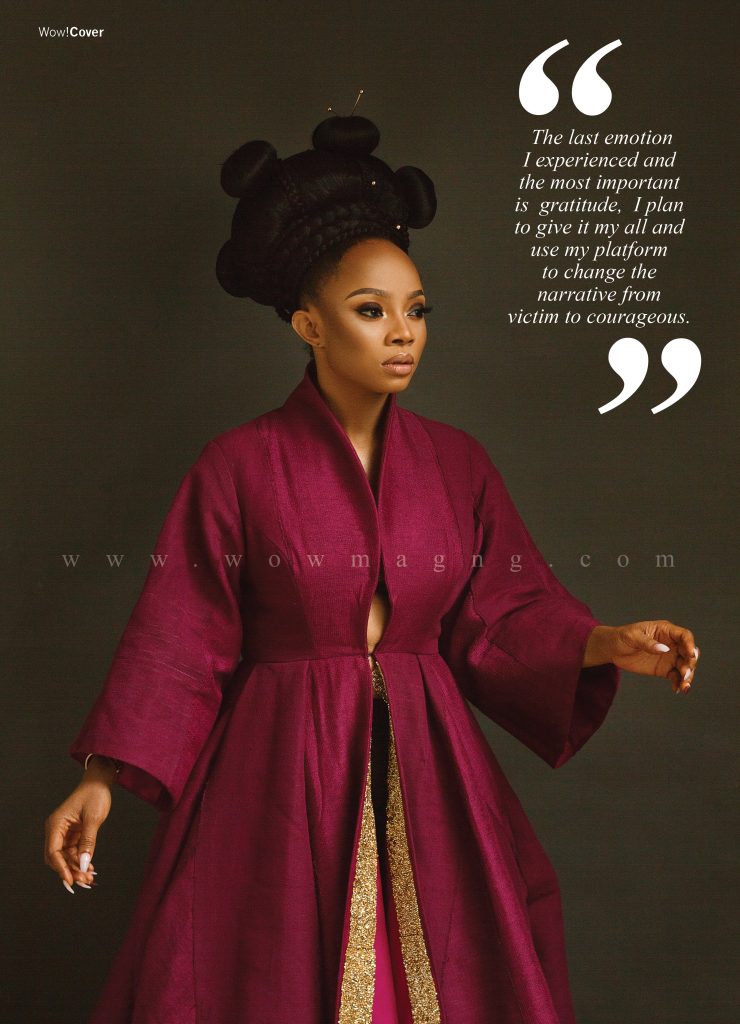 Toke on expecting to see her more in Nollywood: I really enjoyed the stage play and to think stage plays are the hardest, but I put in all I had, fell in the process but everyone loved it. It was wreck nerving but I’ll do it over and over again.

Read the full feature on www.wowmagazine.com

Look Out World, South Sudanese Model Eman Deng Is The New Face On The Rise!