The 61st edition of the annual GRAMMY Awards held last night at the Staples Center in Los Angeles. The stars stepped on the red carpet in looks that wowed – from a vintage Fall 1995 dress to a power suit with a very life-like snake belt. This year’s awards season has brought on the most high-fashion statement-making looks and the Grammys sure did not disappoint.

Amidst the glass heels and frothy dresses, Musician Seun Kuti and his partner Yetunde Ademuluyi were easily spotted because of their striking looks that had strong cultural ties. 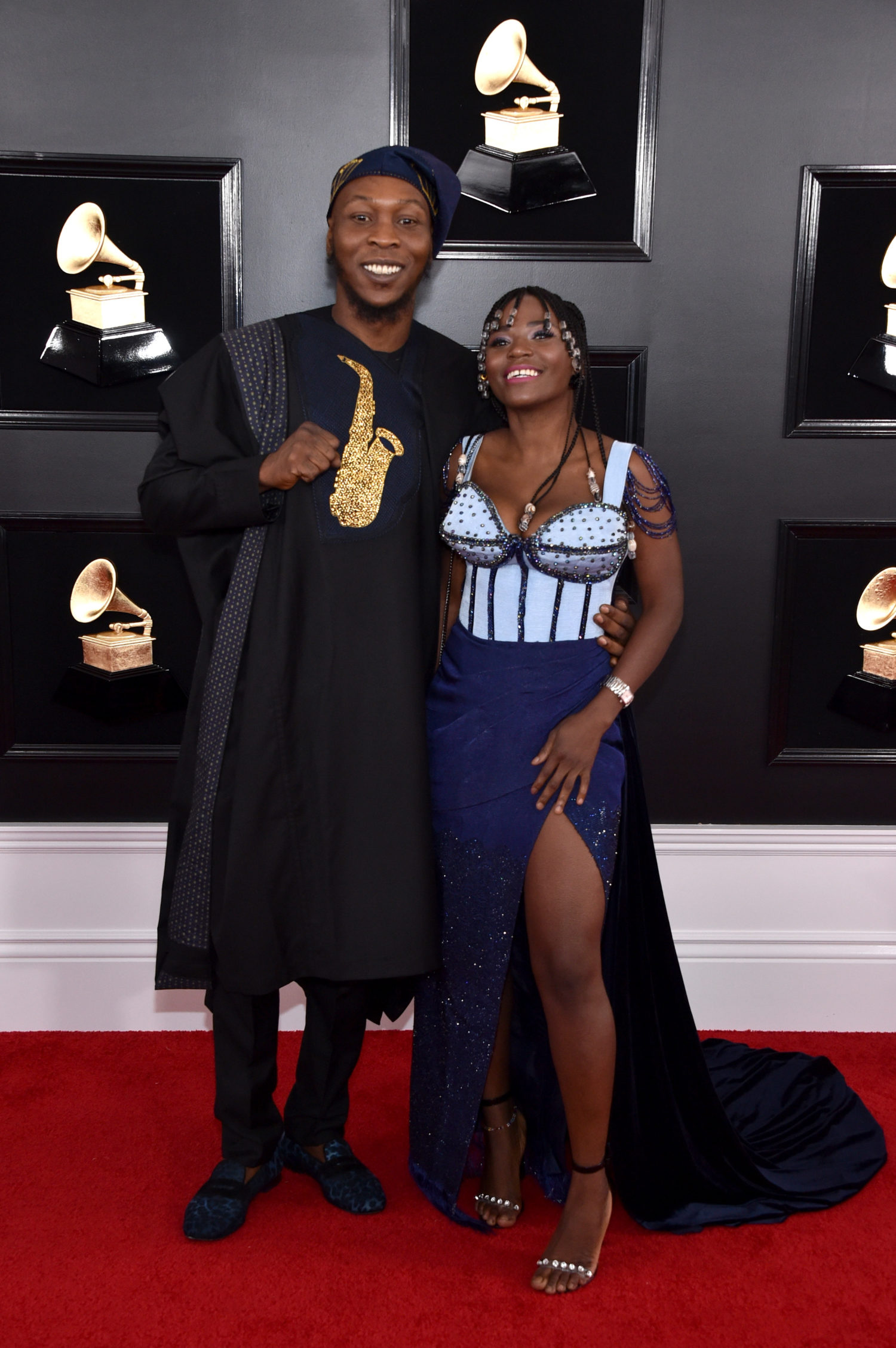 Seun who was nominated for an award at the event, came in grand style -wearing a sharp agbada with a gold saxophone imprinted on it – not just a musical instrument but a symbol of talent passed down from his Music-Legend father Fela Kuti.

Standing pretty by his side, Yetunde rocked a beaded bodice and draped a sultry skirt with an extended train – showing off well-toned legs adorned with beads. She styled her hair with more beads and wore a soft pink beauty look for the night.

Give The Gift Of JTO x Orange Culture This Holiday Season