South African brand Rich Mnisi has released its latest collection titled Nwa-Mulamula which means looking for mother. According to the designer, he drew his artistic inspiration from the love, bravery and strength of a mother. 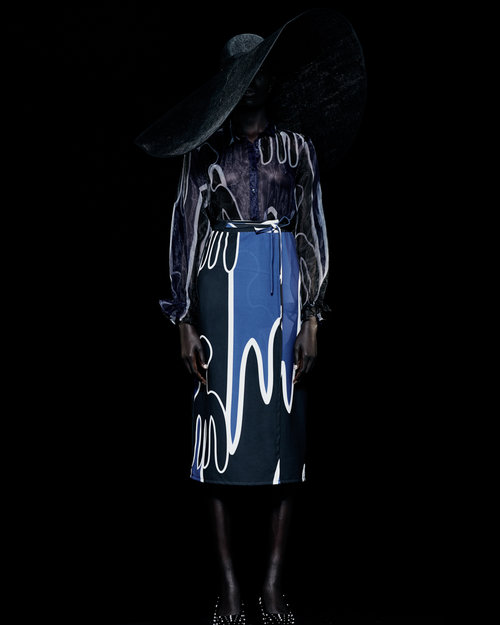 She is a sacred, powerful and spiritual component of my being – although she rests as a guardian in an ancestral realm, her spirit, lessons and sacrifices have defied temporal limitations and this is why for our Trans-seasonal ‘18 lookbook we explore the ancestral realm looking for her love.

Mothers are the cornerstone of African family structures. From generation to generation, mothers are revered to be fierce protectors, like a lioness to her cubs. They birth nations and carry the burdens of the world on their shoulders. They are the supreme representation of love, bravery and strength. They are the ones known to hold a knife’s edge at the sharpest point. Their fortitude and personality traits are reincarnated through their children, their children’s children and lineage of loved ones who are likened to them. 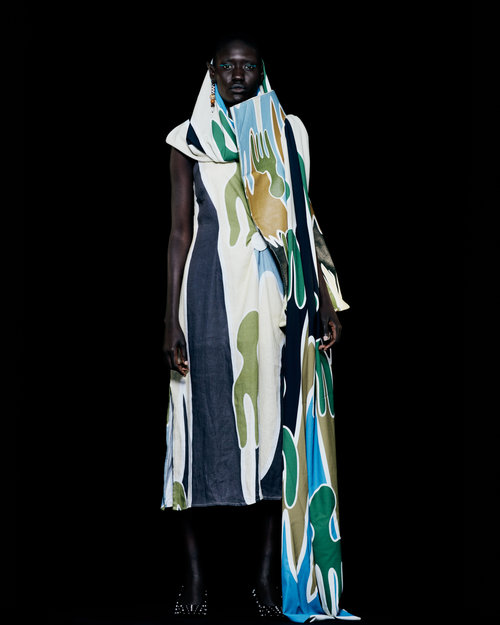 They are the timeless teachers of life and custodians of a centre of family rituals, customs and knowledge. When they cross over to live among the stars that overlook their own, their memory remains only in word; preserved through endearing stories told around a living room. Thus our matriarchs have continuously been erased or underrepresented in the patriarchal centre of memory and in the androcentric etymology of words that shape culture like “history” – from the Greek word history – meaning old wise man.

My ethereal connection to her manifests in the form of where I draw inspiration. NWA-MULAMULA is my artistic muse. As the centre of my current inspiration, her story is a universal story of keeping the memory alive. She is a symbolic representation of African mothers in all their glory that has been lost in time, undocumented and buried in the depths of our hearts.

The collection features eight looks for men and women.

Click on the gallery below to see the full lookbook

Hands Down! Andrea Iyamah Released The Best Spring/Summer Swimwear For Every Style

Prepare To Instantly Fall In Love With DOS’ “Every Woman” Campaign