Nomzamo Mbatha is KOKO Magazine’s Woman of The Year 2017

KOKO Magazine has announced South African actress, Nomzamo Nonzwakazi Mbatha as the 2017 KOKO Magazine Woman of The Year from a host of highly talented nominees including Tiwa Savage, Bonang Matheba, Chimamanda Ngozi Adichie among others.

According to the magazine:

Our ‘Woman of the Year’ represents not only her trailblazing efforts but more importantly, embodies the hopes and achievements of millions of extraordinary women who make a difference every day across our nations and continent.

As is befitting, she is on the cover of the magazine’s year-closing edition reveling in her Nubian beauty with a subtle glam makeup and rich coily hairstyle. 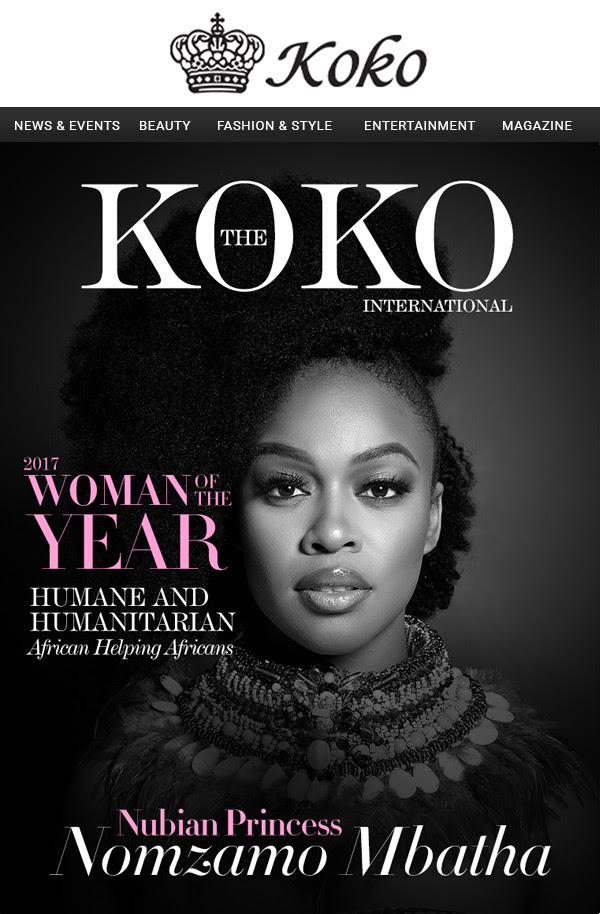 In the accompanying interview, Nomzamo opens up on being KOKO’s ‘2017 Woman of the Year’, her inspiring humanitarian work with the UNHCR helping the voiceless and refugees across many Africa, working with Rihanna and Cara Delevingne, supporting African Designers globally and why she believes that the current generation of Africans are the ‘Groundbreakers’.

The special issue was lensed in London by award-winning Krish Nagari, and she was styled by Pumza Nohashe and Krystal Thorpe in bespoke luxury jewellery and designs from Anita Quansah London, Toju Foyeh and pieces from KOKO Stores London. 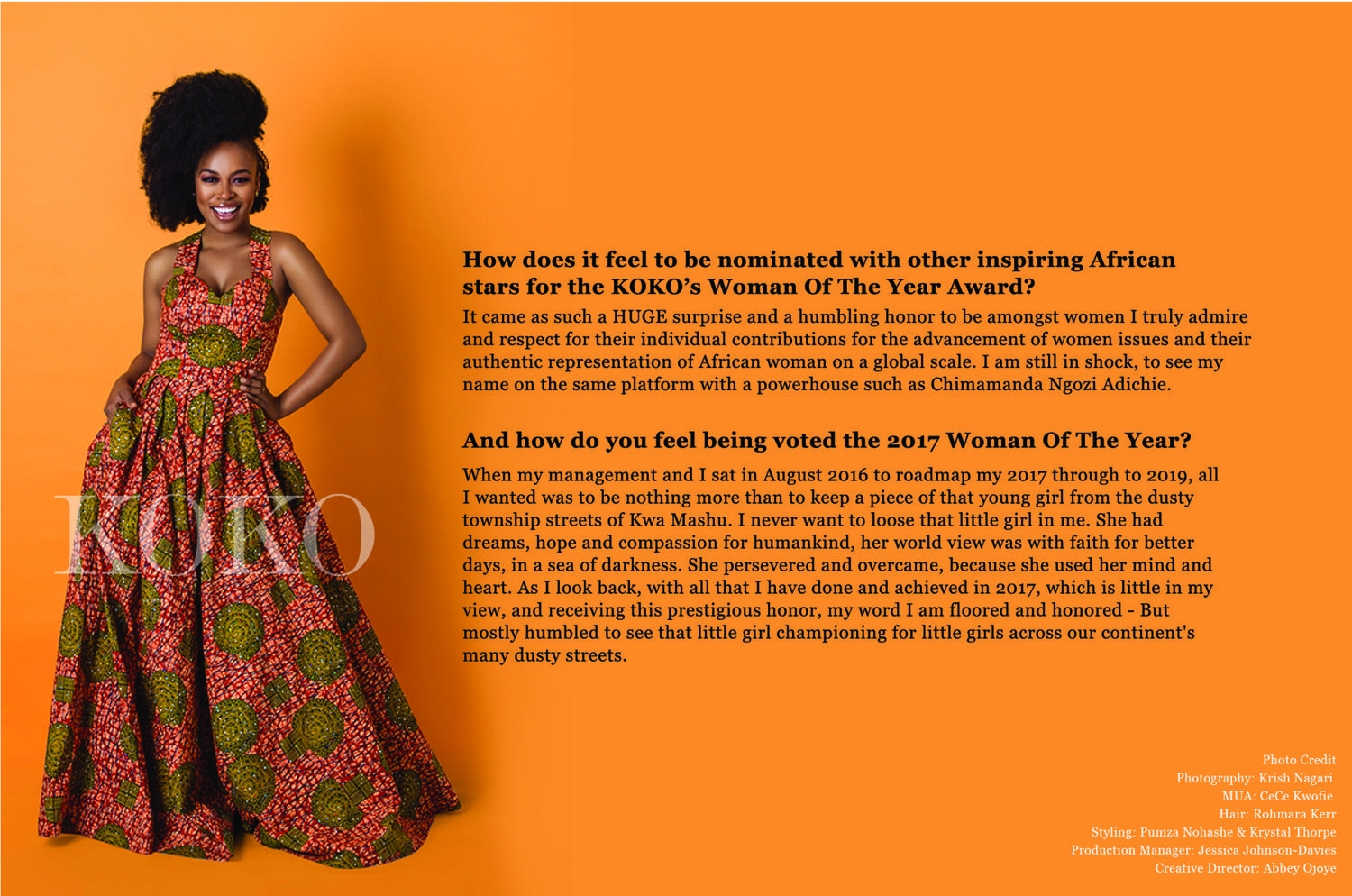 Read the full interview on www.kokolifeng.com

Adebayo Oke-Lawal Takes Orange Culture To #DesignIndaba19! Get All The Scoop Here

Melody Molale Is The New Brand Ambassador For Ponds SA!